He’s debonair, he’s dapper, he’s dumb – very, very dumb. Johnny Depp is Lord Charlie Mortdecai, an art dealer who finds himself embroiled in some very troubling business. When he is roped in by Inspector Martland (McGregor) of MI5 to assist in the case of a missing Goya painting, Mortdecai runs afoul of the Russian mafia and international assassin Strago (Pasvolsky). With his loyal valet Jock (Bettany) by his side, Mortdecai traipses across Europe and to Los Angeles to crack the case. To complicate matters, he is in crippling tax debt and a rift develops between him and his beloved wife Johanna (Paltrow) – brought upon by Mortdecai’s decision to grow a moustache. 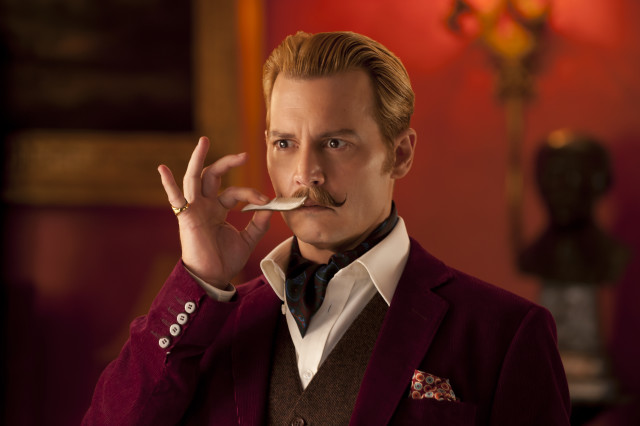 Mortdecai is based on Don’t Point That Thing At Me, the first in late author Kyril Bonfiglioli’s series of comic thriller novels. Film critics often describe action comedies as “romps” – there is no better way to describe Mortdecai other than a “romp”. This is a lowbrow movie gleefully prancing about in a highbrow movie’s clothes, tongue ever so firmly planted in cheek from start to finish. The plot features such hoity-toity elements as a priceless Goya painting, art auctions, a Rolls Royce, manors and manservants, yet almost all of the jokes are derived from unsubtle “nyuk nyuk nyuk”-style innuendo. For example, when Mortdecai is informed that he owes £8 million in tax debts, he remarks “I had no idea I was so deep in Her Majesty’s hole.” If you’re rolling your eyes just reading the line, then you should give Mortdecai a wide berth. But if you’re chuckling at it, you will find it easy to go along with all that silliness, and to the film’s credit, it isn’t all that hard to.

Johnny Depp was once praised for being “daring” and “unique”, embracing oddball roles and shunning typical Hollywood leading men parts. Now, it’s hard to find anyone who takes him seriously but in Mortdecai, Johnny Depp wants to assure you the viewer that he doesn’t take himself seriously either. This is simultaneously a self-aware nod in the direction of Depp’s critics and an act of defiance, a “haters gonna hate”-type deal. Even if you dislike Depp’s shtick with all of your heart, you’ll have to admit it is pretty fun to see the actor dive so deep into the self-parody pool and with such conviction. That said, between the accent, the eyebrow-raising and that sound he makes that is somewhere between a grumble and a whimper, we understand why some viewers might find him all the more annoying after this. 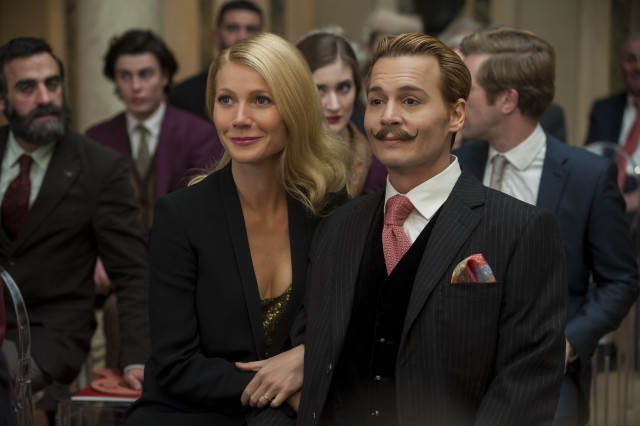 The rest of the cast do seem to be having a ball. It isn’t a stretch to buy Gwyneth Paltrow as a privileged, cultured aristocrat who has her husband firmly under her thumb and thankfully, she and Depp do share considerably more chemistry than Depp and Angelina Jolie did in The Tourist. Paul Bettany channels Jason Statham as the gruff, faithful sidekick named “Jock Strapp” (see what we mean about this being a lowbrow movie in a highbrow movie’s clothes?) There’s a running gag that the character is libidinous but largely manages not to let his dalliances with assorted buxom women get in the way of his work. Kinda funny. Ewan McGregor, reliable as always, is the straight man in all this. Unfortunately, it seems that the scenes featuring Oliver Platt and Aubrey Plaza have been left on the cutting room floor. 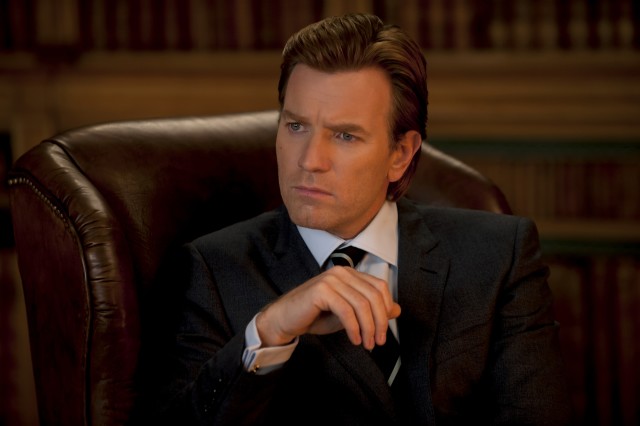 Frothy and light-hearted, Mortdecai knows what it is and rejoices in that. Sure, it often seems like director David Koepp is attempting a bad Wes Anderson impression and that opening sequence borrows too liberally from that of Indiana Jones and the Temple of Doom, but as entertaining fluff, Mortdecai passes muster. Screenwriter Eric Aronson’s adaptation is comically verbose, the linguistic equivalent of a slapstick comedy routine – never mind that Aronson’s only other produced script is the execrable Lance Bass-starring 2001 rom-com On The Line. Lionsgate is planning a franchise and while that might not be particularly easy to sustain, especially when compared with the likes of Lionsgate’s lucrative Hunger Games series, it’s harmless fun that’s disposable but not worthless. 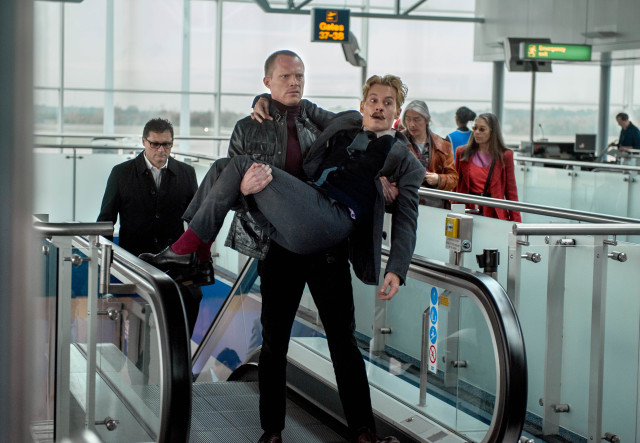 Summary: Johnny Depp knows nobody takes him seriously anymore and goes “what the heck”. While it needs a defter touch, Mortdecai is quite funny and, for the most part, enjoyably silly.