The Low-Down: In 1992, the arcade game Mortal Kombat, created by Ed Boon and John Tobias, became a defining entry in the fighting game genre. The franchise has courted controversy and had a presence in every conceivable form of media, including two theatrically released movies in the 90s. Mortal Kombat returns to the big screen in this reboot.

The Story: MMA fighter Cole Young (Lewis Tan) bears a mysterious dragon-shaped birthmark, indicating that he is descended from a line of legendary fighters. Cole is targeted by Shang Tsung (Chin Han), the demon sorcerer of Outworld, who has sent Sub-Zero (Joe Taslim) in pursuit of Cole. Bi-Han/Sub-Zero, who can control ice, has a long-running rivalry with Hanzo Hasashi/Scorpion (Hiroyuki Sanada), whom he apparently killed centuries earlier. After he is discovered by Special Forces operatives Sonya Blade (Jessica McNamee) and Jax (Mehcad Brooks), Cole is transported to Lord Raiden’s (Tadanobu Asano) temple. Training alongside Shaolin warriors Liu Kang (Ludi Lin), Kung Lao (Max Huang) and the loose cannon mercenary Kano (Josh Lawson), Cole prepares to represent Earthrealm against combatants from Outworld in a mythical tournament – a tournament called Mortal Kombat.

The Good: The people who made this movie seem to have a handle on what the fans want. They might not exactly get there, but there is an eagerness to please that is evident in the film. The iconography associated with the games and the characters is treated with a degree of reverence, even as the movie never takes itself too seriously, despite initial concerns to the contrary. Even the most devoted Mortal Kombat fans are hard-pressed to deny that there is a lot of campiness and silliness in the source material, and the movie is often entertainingly silly. The Benjamin Wallfisch score includes variations of the iconic original “Techno Syndrome” theme by Oliver Adams; Wallfisch’s reworking of the theme was reportedly used by director Simon McQuoid to recruit his cast. 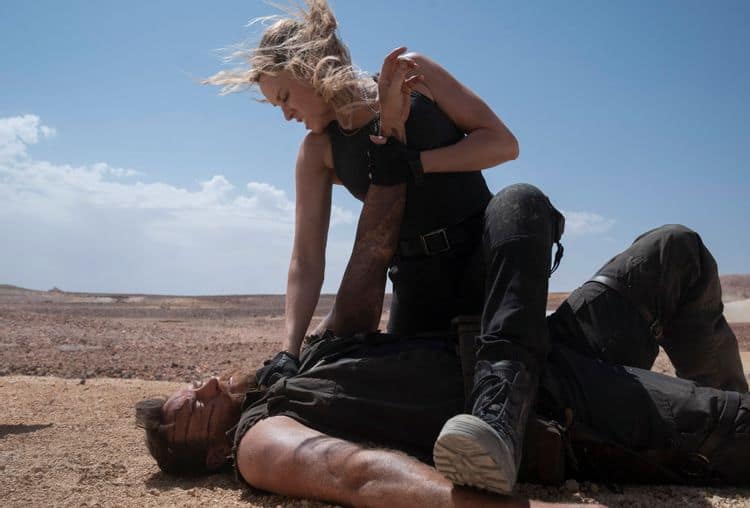 The stunt team, led by supervising stunt coordinator Kyle Gardiner, stunt coordinator Jade Amantea and fight coordinator Chan Griffin, assemble action sequences that are plentiful and generally well executed. Many of the actors involved have a martial arts background, which helps. Unlike the two 90s films, this Mortal Kombat movie has an R (M18 in Singapore) rating, meaning it can revel in the grisly violence that is the games’ trademark. The fatalities are graphic, but probably what long-time fans of the game would consider tame. Still, we go to a Mortal Kombat movie for the fighting scenes, and there are lots of those. 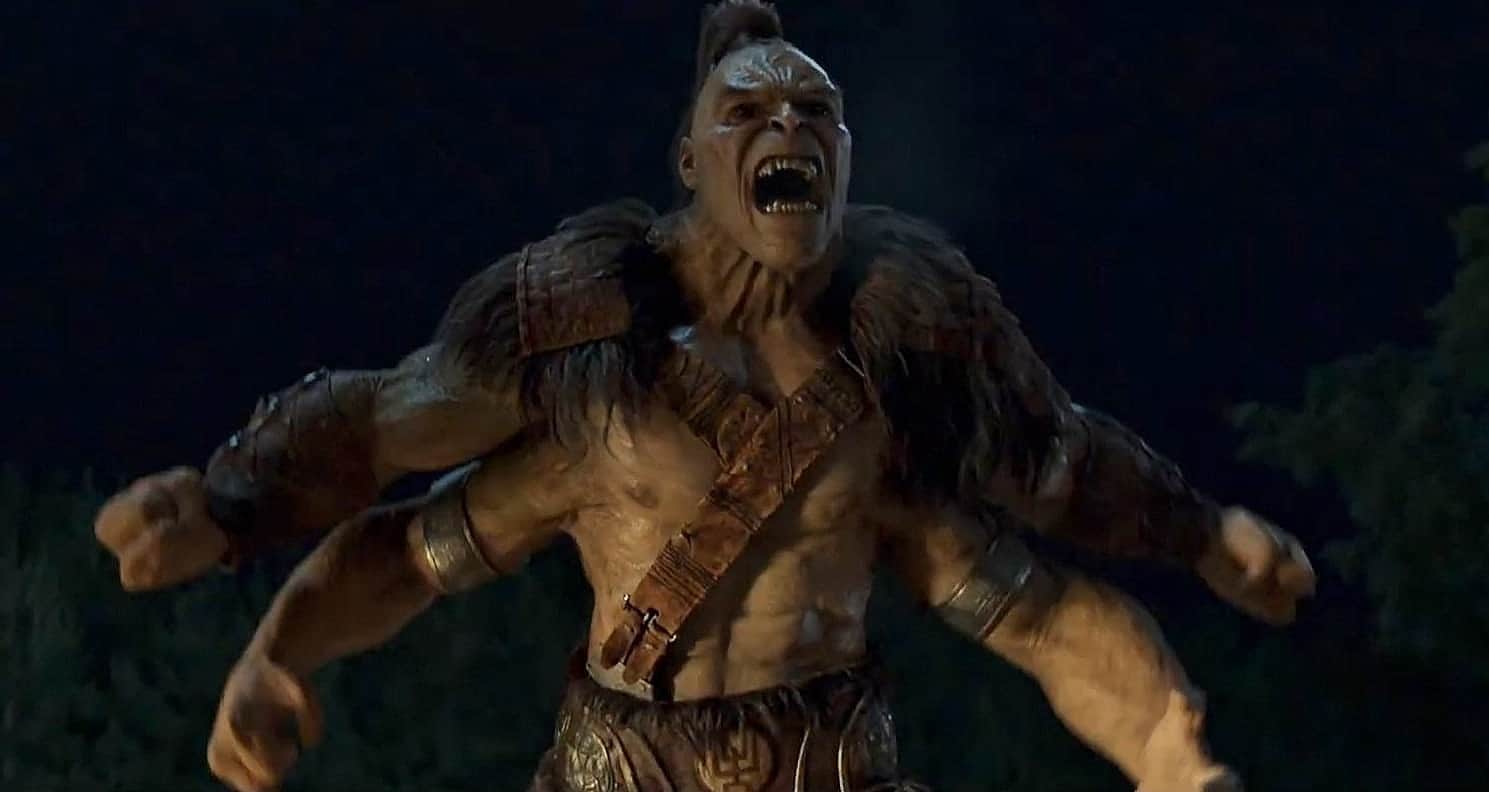 The Not-So-Good: Making a coherent narrative feature film that makes good use of a certain roster of characters within the Mortal Kombat universe was always going to be a challenge. Unfortunately, this movie is sometimes stuck in a no man’s land – neophytes might feel kept at arm’s length by the unwieldy exposition and certain preposterous elements that fans will accept, while hardcore fans might feel that something’s missing. This is tricky to calibrate for any movie based on an existing property. McQuoid tosses in Easter Eggs, but the movie seems to fall back on “look, there’s that thing you like!” a little too often.

Mortal Kombat wants to be epic, and it often falls short. While the fights do look good, the movie overall lacks the visual grandeur and spectacle associated with the settings of the games. We never really get a good sense of the stakes, and for a story in which the fate of the world hangs in the balance, things often feel too casual. There are times when the movie feels like a weird underdog sports story, with the team of screw-ups trying to take down the reigning champs. The B-movie feel of Mortal Kombat works against it almost as often as it works for it. 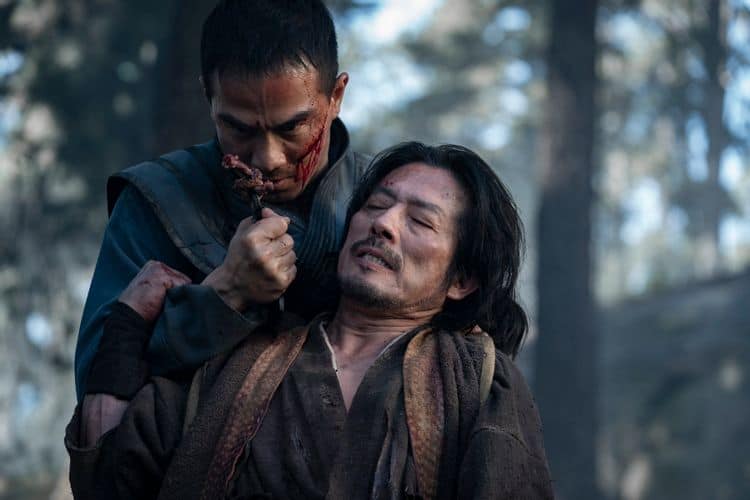 Choose your fighters: Most of the casting works well, with Joe Taslim and Hiroyuki Sanada being the highlights. Taslim, best known for The Raid and who crossed over into Hollywood with Fast and Furious 6 and Star Trek Beyond, lends Sub-Zero an icy resolve. Sanada always has gravitas to spare and imbues Scorpion with power and grief. 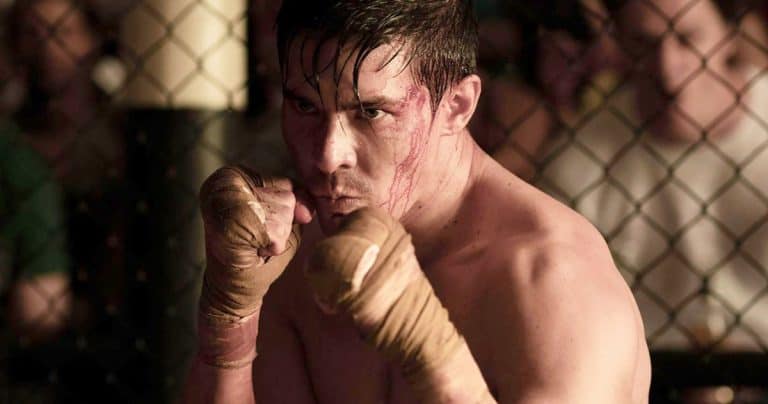 The Cole character is the source of many Mortal Kombat fans’ reservations going into this. Cole is clearly meant to be an entry point for those unfamiliar with the franchise and very much is a bland, standard issue ‘chosen one’ protagonist who can feel like a fan fiction self-insert character. While Lewis Tan is an adept martial artist and is very handsome, he doesn’t have a lot of screen presence.

Jessica McNamee makes for a good Sonya Blade, essaying the right amount of toughness without it crossing over into parody. Josh Lawson’s Kano is the designated comic relief, and Lawson seems to be having a lot of fun in the role, making multiple pop culture references (but only to Warner Bros-owned properties). The character does border on grating, though. 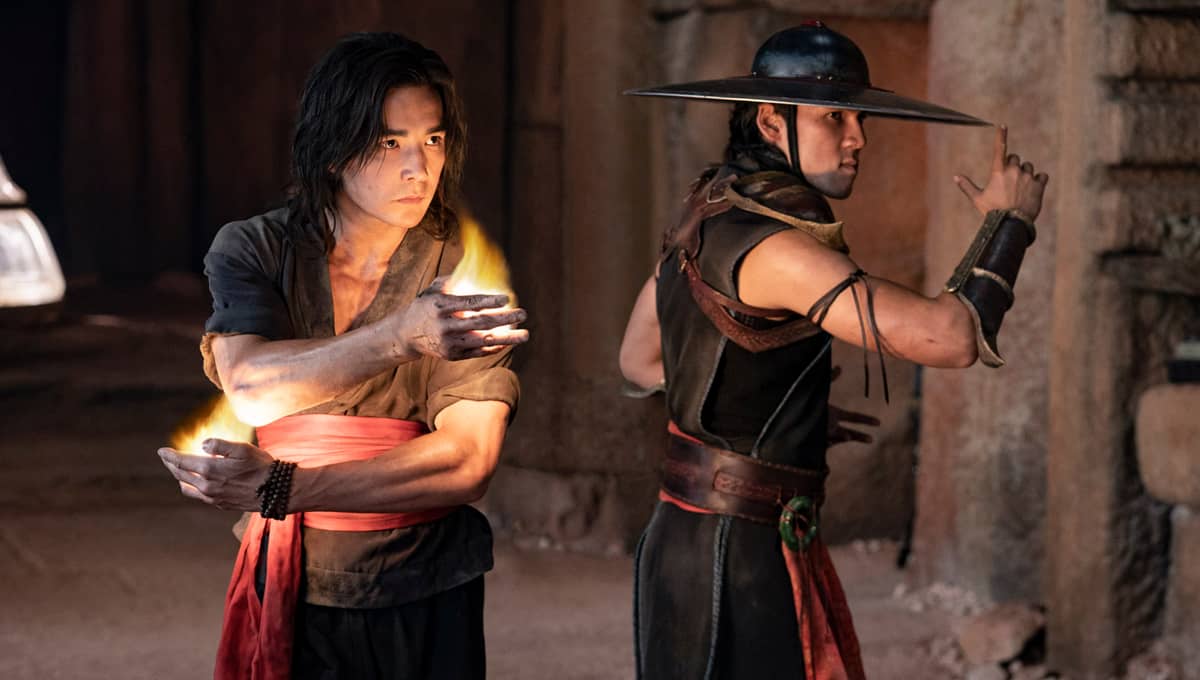 Ludi Lin’s turn as Liu Kang is almost too earnest at first, but he ably captures the archetypical martial arts movie hero nature of the character. Max Huang’s Kung Lao is a lot of fun, and there are some fun gags involving his metal hat. Tadanobu Asano’s Raiden is disappointing, as he lacks both the sense of authority and dash of mischief that is crucial to the character.

Aside from Sub-Zero, the Outworld characters are a bit underwhelming. Chin Han’s Shang Tsung skulks around and glowers a lot and gives supervillain speeches but is rarely ever genuinely menacing.

Recommended? Yes, with reservations. Mortal Kombat is often entertaining and there’s plenty for long-time fans to get excited about, but it is also underwhelming and fails to coalesce into a satisfying whole.