The Low-Down: For a period of time a decade or so ago, steampunk was all the rage in young-adult fantasy novels. ‘Steampunk’ novels blended past and future, taking inspiration for futuristic technology from the steam-powered machinery of the 19th century. Philip Reeve’s Mortal Engines series is a prime example – his characters battle to survive in a broken future, in which people now live in moving, mechanical, almost monstrous cities. The original source novel (published in 2001) was adapted for the screen (and produced) by the same creative team behind The Lord Of The Rings: Fran Walsh, Philippa Boyens and Peter Jackson.

The Good: Mortal Engines features some of the best world construction (though it might be more accurate to say deconstruction) in a fantasy movie in a generation. The visual effects and production design – including a thoroughly reconstituted London and a city built on clouds – are fantastic, so remarkably rendered that it’s impossible to tell where reality ends and imagination begins. Before they wear out their welcome, the characters are reasonably diverse and appealing: Icelandic actress Hera Hilmar adroitly finds the toughness and tenderness in driven protagonist Hester Shaw, and Hugo Weaving is so good as fairly one-note villain Thaddeus Valentine that you’ll wish he had more layers to work with. 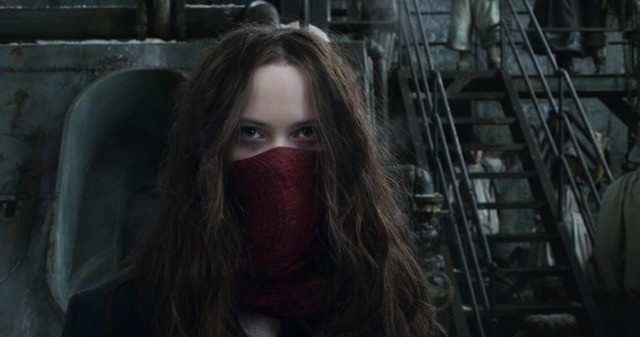 The Cleverly Subversive: There’s a clever thread of political commentary running throughout the film. As the predatory city of London storms smaller cities to steal their resources and energy, the obvious reference is to colonialism: our real-world history repeating itself in the form of fiction. There are even barely subtle allusions to some of the most bewildering policy decisions of our times: Brexit and Donald Trump’s border separation initiative.

The Not-So-Good: The movie doesn’t end half as well at it begins – it tries desperately to be exciting but winds up being exhausting. The final 45 minutes are packed with so many moving parts that most of the emotional beats get lost in the melee, including an actual ‘Luke Skywalker vs. Darth Vader’ moment that misses both the heart and the mark. It’s nice that Jackson is mentoring Rivers in the latter’s directorial debut, but you might find yourself wondering what the film would be like if Jackson had directed it himself. Separately, Jihae cuts a cool figure as rebel leader Anna Fang, but she can’t seem to express emotion through all of her character’s swagger and glower.

Scene Stealer Extraordinaire: Shrike – played in motion-capture by Stephen Lang – is a marvel. More machine than man, he steals pretty much every scene he stalks grimly through. Ironically (but also fittingly), this mechanical man’s hunt for Hester lends the film most of its dramatic and emotional weight.

Watch Out For: Cameos by Jackson and Reeve, if you’re not too busy trying to keep track of everything that’s going on.

Recommended? If you want to see some of the best visual effects put on screen since Lord Of The Rings, yes. But the muddled plot never quite lives up to its promise. So be warned – you might be disappointed if you’re in it for the story.