When you see big-name Hollywood A-Listers attached to a production that is neither franchise nor blockbuster, two possibilities inevitably come to mind: either it’s a prestige flick (Oscar bait!) or they’re just collecting a paycheck (we’re looking at you, Robert de Niro!). Money Monster attempts to be both hard-hitting and crowd-pleasing, but its tonal inconsistencies show why taking the middle ground isn’t always such a good thing. Jodie Foster’s first directorial outing since 2011’s The Beaver is entertaining enough, but suffers from too much hemming and hawing over exactly what kind of film it wants to be. 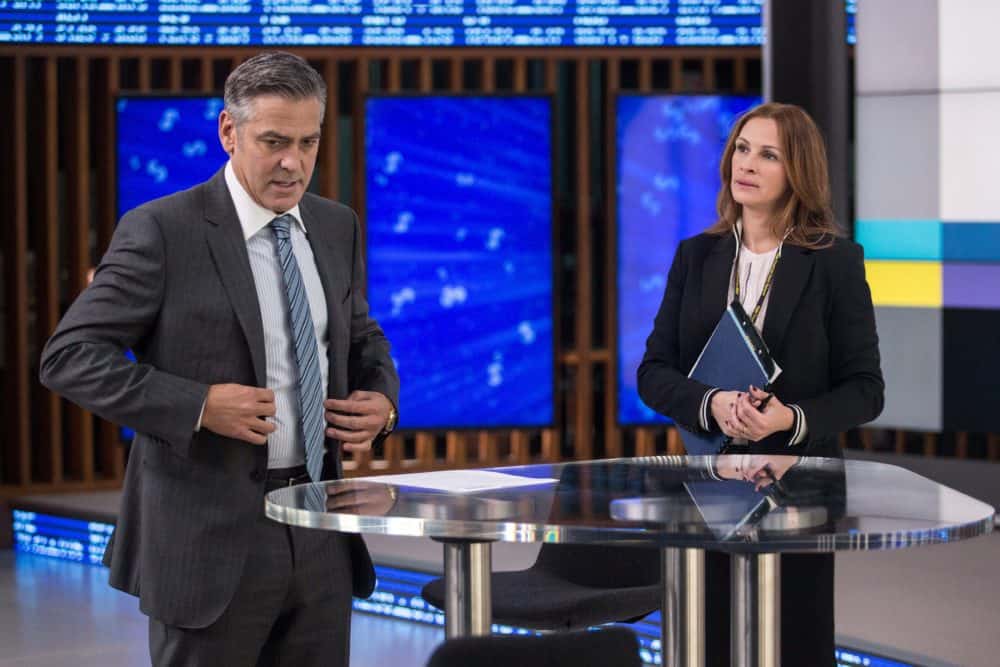 Lee Gates (George Clooney) is the hotshot host of a financial TV show which offers stock market tips in the crassest fashion possible. If you ever wanted to see Clooney making a fool out of himself doing silly dance moves and abusing game-show buzzers, here is your chance. Julia Roberts plays Patty Fenn, the long-suffering director of Gates’ show, whose last day at work takes a sudden turn for the worse when an irate investor (Jack O’Connell) takes the studio hostage and insists Gates take responsibility for his having lost his life savings in a dodgy investment. It’s a faintly ludicrous premise, but executed well enough to keep viewers convinced of its plausibility until after the film is over. The breakneck pace of Money Monster can take full credit for that feat. Between home-made explosives, public walks of shame through the streets of Manhattan and high-stakes corporate intrigue, there’s literally never a dull moment. 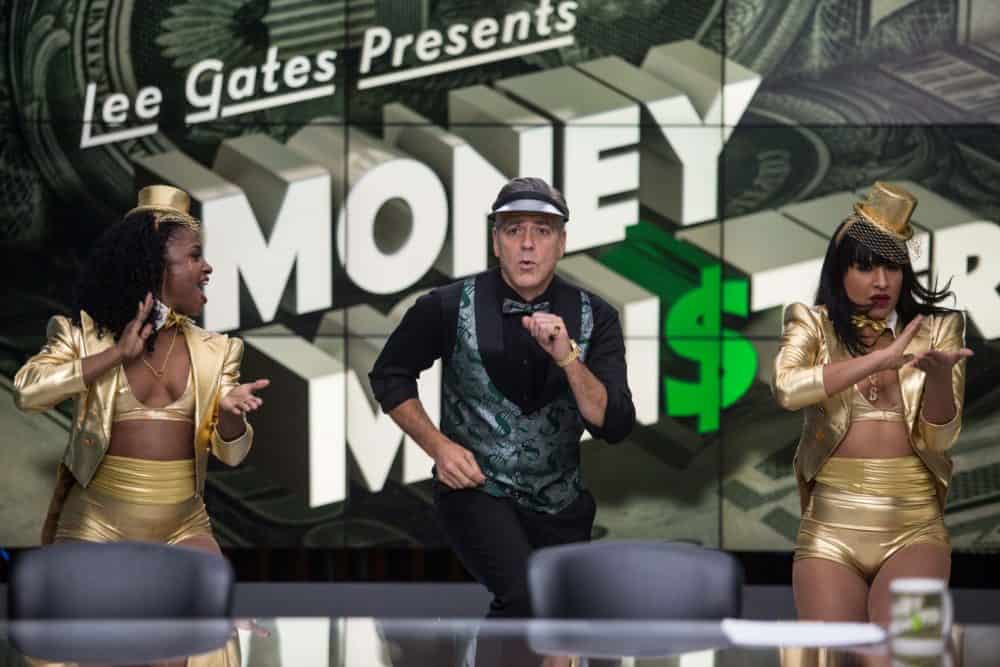 What the film can’t seem to figure out, however, is whether these thrills are in service of some larger point it wants to make, or is just there to serve as pure cinematic spectacle. Just as O’Connell’s portrayal of a disenfranchised blue-collar youth begins to evoke sympathy for the nameless victims of financial recklessness and fraud, it’s derailed by a series of wisecracking gags involving hysterical girlfriends, deadpan cameramen and lizard cream. There’s a sequence where Lee Gates makes an impassioned plea to his viewers to buy a particular stock in order to save his life, and the stock price plummets instead. Money Monster frequently deflates itself in a similar fashion, following up an astute observation about media responsibility or inequality with a comic punch-line that’s all the more disruptive because it’s actually funny. There’s nothing wrong with trying to lighten up the grim proceedings of a hostage situation, but the humour in Money Monster draws attention to the artificiality of that situation by injecting too much movie slickness. It’s like trying to deliver a keynote address while falling flat on your face every five sentences or so. 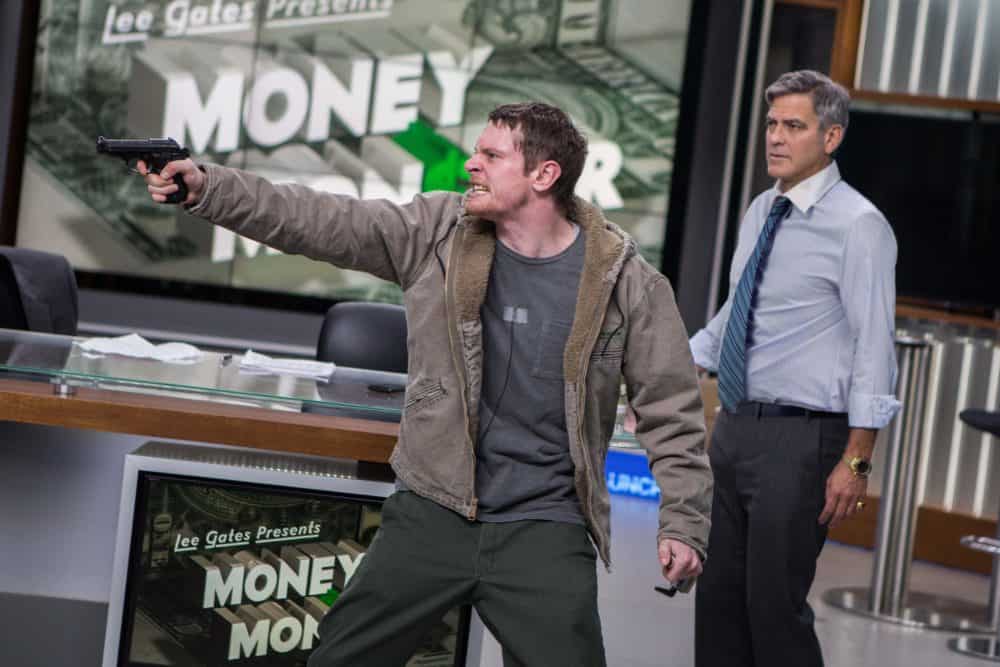 In the hands of a lesser cast, Money Monster could have turned out as a real farce. Thankfully, its abrupt tonal shifts are mediated by Clooney’s seamless blending of the dramatic and comedic modes in his portrayal of Lee Gates. Clooney makes Gates alternately ridiculous and compelling, a figure of both pathos and slapstick. Roberts’ TV director is less effortlessly conflicted in comparison, but her ease around the control room and efficient demeanour similarly help to gloss over some of the film’s less believable leaps of logic. O’Connell, an Anglo-Irish actor whose Hollywood career momentarily stalled because of his juvenile criminal record (he was denied travel visas to the US), is a convincing deadbeat and should be one to watch out for in the future, but Clooney and Roberts are the anchors in a production that could so easily have spun out of control. 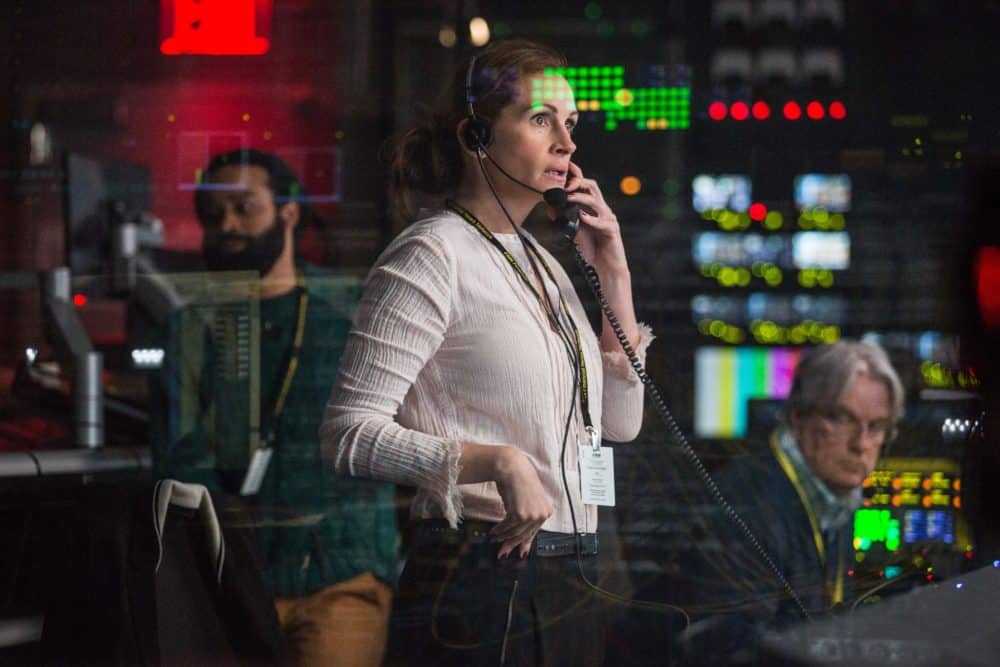 The plot dovetails too neatly at the end for Money Monster to deliver anything more than a piecemeal rap on the knuckles of financial institutions a la The Big Short, but it does have its inspired moments. One only wishes that those moments didn’t always seem to work at cross-purposes. Foster’s directorial track record is eclectic, to say the least, and this film should have no problem further bamboozling those who attempt to pin down just what her directorial ‘style’ is.

Summary: Watchable and taut, but fumbles the ratio between drama and comedy. Clooney and Roberts are most definitely not in this just for the money.