These days, it seems that every year is the “year of the superhero” at the multiplex. From Kingsman: The Secret Service to Spy to The Man from U.N.C.L.E. and Spectre – not forgetting the fifth instalment in the Mission: Impossible film series – 2015 is well and truly the “year of the spy”. 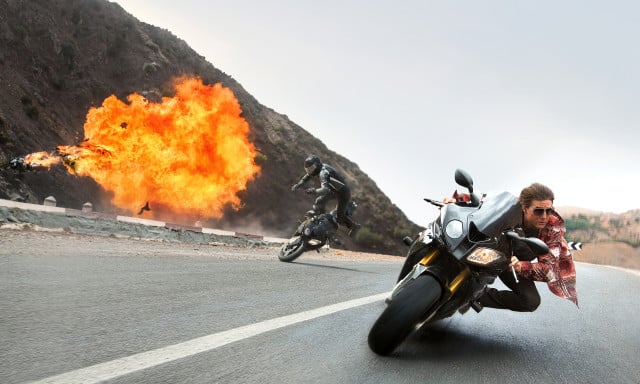 Here, we find CIA director Hunley (Baldwin) disbanding the Impossible Missions Force (IMF), leaving our heroes Ethan Hunt (Cruise), William Brandt (Renner), Benji Dunn (Pegg) and Luther Stickell (Rhames) in the lurch. Ethan crosses paths with the enigmatic Ilsa Faust (Ferguson), supposedly an MI6 agent deep undercover. Ethan uncovers evidence of the Syndicate, a “rogue nation” comprised of secret agents thought to be dead, the dirty underbelly of the dirty underbelly. With the treacherous Solomon Lane (Harris) in charge, The Syndicate’s tendrils reach far and deep. Pressed on all sides and with dangerous enemies in pursuit, Ethan and his associates embark on their most crucial mission yet. 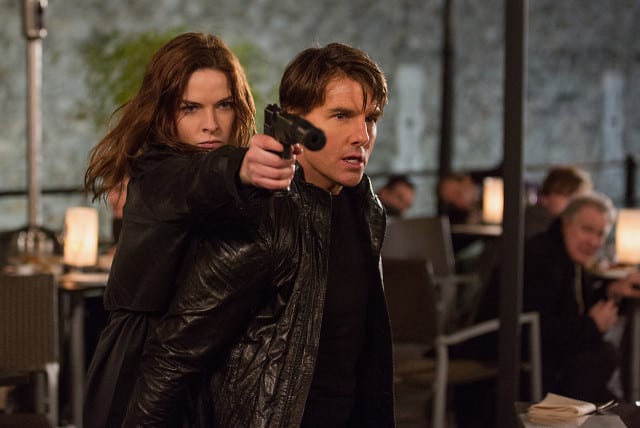 In an age where hype counts a great deal, Mission: Impossible – Rogue Nation has not been hyped as much as other summer blockbusters. It also faces heady competition at the cinemas this year – Paramount shifted the film up from a Christmas release date to late July to avoid facing Bond film Spectre head-on. Helmed by Jack Reacher director Christopher McQuarrie, Rogue Nation proves the franchise has wind in its sails yet. This film series is unique in that there have been five different directors over five films, counting this one. McQuarrie manages to quickly find his footing, acknowledging the events of the previous film, tying it all together quite nicely (though there’s curiously no mention of Ethan’s wife). This is an exhilarating, superbly constructed action thriller, a palpable affection for and understanding of the genre evident throughout. 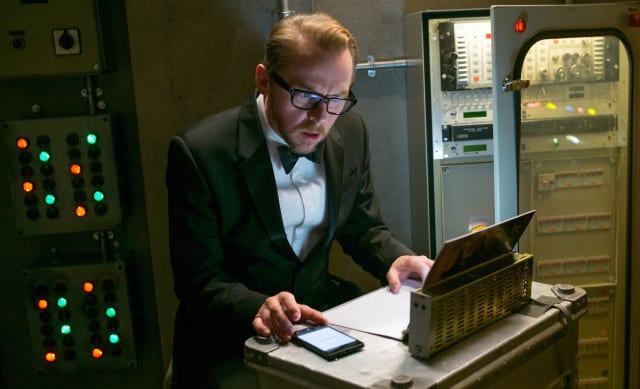 Structurally, perhaps it is a misstep to pile all the action set-pieces on to the front end of the picture, meaning the pace lags a little as the film nears its conclusion. That said, the set-pieces are uniformly marvelous, so credit to stunt coordinator Wade Eastwood and second unit director Gregg Smrz is due. Right out the gate, McQuarrie and star/producer Cruise show they mean business with an opening sequence in which Ethan clings precariously to the exterior of an Airbus A400 M, a stunt Cruise performed for real. The film doesn’t feature globetrotting so much as “globe-galloping” – From Belarus to Austria to Morocco in addition to the United Kingdom and the United States, the exotic locations and the scale of the film lend it a very appealing throwback quality to the heyday of spy-fi. The scene in which Ethan grapples with a Syndicate operative in the rafters of the Vienna Opera House while Puccini’s Turandot is in progress on the stage below is pure class. A white-knuckle sequence with Ethan swimming into an underwater data storage facility called the “Taurus” while holding his breath the whole time is strikingly unique, adding a futuristic touch that makes it seem as if Cruise has temporarily stepped back into Minority Report. There’s also the motorcycle chase that’s far less silly than the one in M:I II. All this is wrapped in Joe Kraemer’s electrifying musical score, which weaves in both the iconic Lalo Schiffrin M:I theme and Nessun Dorma. 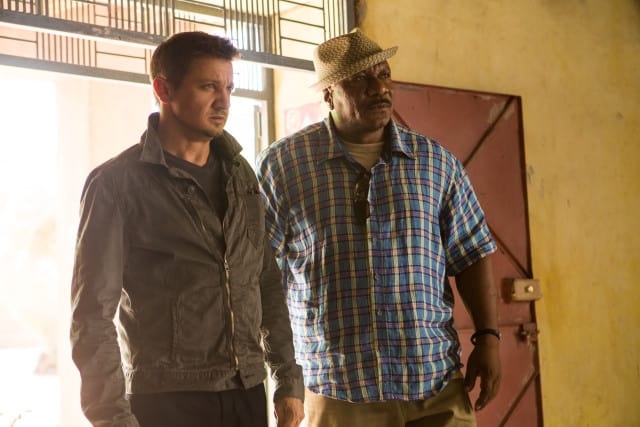 His peculiar personal proclivities notwithstanding, Cruise has held his own as a megastar for decades while others have come and gone. From the moment he enters the movie – sprinting, of course – the 53-year-old shows no signs of slowing down whatsoever. The charisma, intensity, spry athleticism, it’s all intact. Cruise has had several duds in recent years (the baffling sub-Mission: Impossible flick Knight and Day comes to mind) but with Rogue Nation, his trademark star vehicle franchise remains right on track. 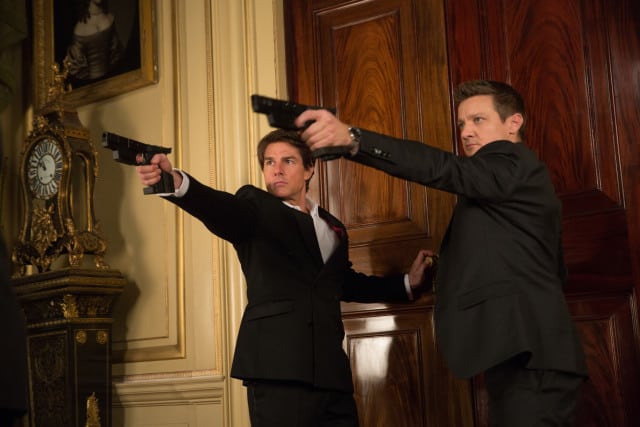 The Mission: Impossible television series from the 60s had an emphasis on teamwork. The movies have certainly been all about Cruise, but it is great to see the returning IMF members back in the field. This film gives Simon Pegg’s Benji in particular a meatier role – since the character’s introduction in the third movie, he’s gotten a nice upgrade from the designated techie comic relief, an evolution which continues ahead in this film. Ving Rhames’ Luther Stickell, this team’s original techie, is back as well. While Jeremy Renner has a little less to do, spending the first half of the film duking it out with Alec Baldwin in front of a senate oversight committee, he gets his moments to shine too. Speaking of Baldwin, it was a little difficult for this reviewer to see him as anything but Jack Donaghy in some spy movie-inspired fever dream of Liz Lemon’s on 30 Rock. In future movies, it would be great to see some of the female IMF agents return – Maggie Q and Paula Patton on the same team would be awesome! 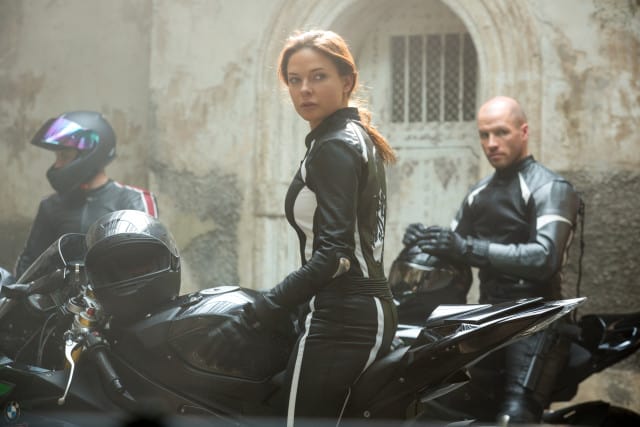 Swedish actress Rebecca Ferguson, best known for her leading role in period series The White Queen but otherwise not a big-name star just yet, was apparently hand-picked by Cruise to star in Rogue Nation. Her Ilsa Faust is meant to remain an enigma throughout, ostensibly an ally yet someone we are never sure whether or not to fully trust. There’s a femme fatale element she doesn’t overplay, as well as a sophistication and intelligence that Ferguson balances out the requisite sex appeal with. Still, she doesn’t quite stand out as strikingly as, say, Eva Green did in Casino Royale. We’ve seen villains like Sean Harris’ Solomon Lane many, many times in this genre – he’s the quietly menacing guy pulling the strings, playing everyone from a distance. It’s not an outstanding character, but he’s functional and his part in the grand scheme of things makes sense. 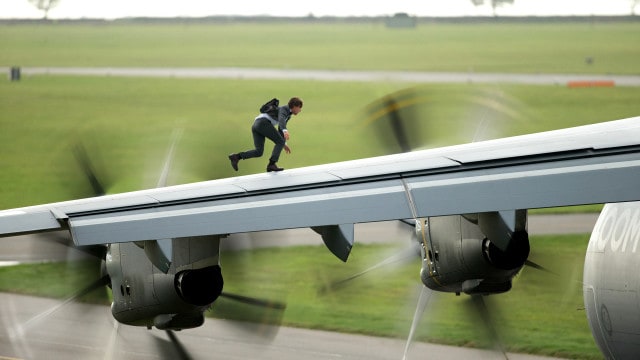 McQuarrie, who co-wrote the screenplay with Drew Pearce, weaves an intricate plot of gambits and double-crosses which the audience has to make a conscious effort to follow, but which stops a safe distance from being pointlessly convoluted. It harks back to a bygone era of stylish spy movies, but is also a straight-ahead contemporary thriller rather than self-reflexively playing with the tropes of the genre the way Kingsman and Spy do. The chases, shootouts, fisticuffs, daredevil Houdini escapes, ticking bomb suspense and Cruise’s unwavering star power – Rogue Nation has it all.

Summary: Carried by a propulsive momentum and packed with meticulously-assembled thrills, going Rogue has never been this entertaining.