Arguably one of the world’s best loved musicals, The Sound of Music comes from the home of West End musical theatre – the famous London Palladium – where the lavish and dazzling show celebrated a record-breaking 954 performances and was seen by over two million people. The show last played in Singapore in 2014 to almost 70,000 people during its five-week season.

Based on the true story of Maria, the fun-loving governess who changes the lives of the widowed Captain von Trapp and his seven children by re-introducing them to music; and the family’s escape across the Austrian mountains as tensions rise prior to the outbreak of World War II. 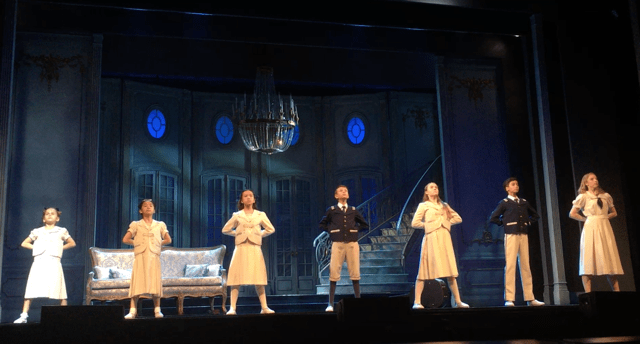 The Sound of Music contains some of the most memorable songs ever performed in musical theatre including My Favourite Things, Do-Re-Mi, Climb Ev’ry Mountain, Edelweiss, The Lonely Goatherd, Sixteen Going on Seventeen, and of course the glorious title song The Sound of Music. It’s original score is composed by Richard Rodgers collaborating with lyricist and librettist Oscar Hammerstein. The original 1959 Broadway production won five Tony Awards, including Best Musical. The 1965 movie starring Julie Andrews as Maria won five Oscars, including Best Picture.

You may like to know that 18 young actors from Singapore will play the coveted roles of six of the seven von Trapp children, with three children chosen to alternate each character. The children will perform in rotation throughout the season as the small and cute Gretl, the brothers Friedrich and Kurt, as well as their sisters Marta, Brigitta, and Louisa. The casting of the von Trapp children for the Singapore season of The Sound of Music are as follows:

Below are two videos recorded during this afternoon’s press call. The first is an introduction of the von Trapp children by associate director Frank Thompson; and the second is a performance of Do-Re-Mi. Enjoy :)

Presented by Lunchbox Theatrical Productions, BASE Entertainment Asia, Sliding Doors Entertainment and David Atkins Enterprises, the Andrew Lloyd Webber, David Ian and The Really Useful Group production runs from 7 November to 3 December at MasterCard Theatres in Marina Bay Sands. Tickets are from $65 via www.MarinaBaySands.com/ticketing or www.sistic.com.sg