If there were still any doubts that the Japanese entertainment industry is ramping up its cultural onslaught on the rest of the world, Lupin the Third should put them all to rest. The film is unabashedly blatant about its pandering to various regional audiences, which ironically (and unfortunately) leads to a dilution of that unique brand of movie magic which only the Japanese can produce. The virtuoso performance of leading man Shun Oguri, however, still makes Lupin the Third worth shelling out ten bucks for.

It seems that there have been heaps of movies based on manga and/or anime recently, and yes, Lupin the Third is also based on a manga, namely the iconic series of the same name by Monkey Punch. The film follows the exploits of its titular protagonist (Oguri), a third-generation master thief (he’s the grandson of one of mystery fiction’s most famous burglars, Arsene Lupin) who follows a Robin Hood-like philosophy in stealing from the rich but not exactly giving to the poor. Joining him in his acts of grand larceny are gunslinger Daisuke Jige (Tetsuji Tamayama), swordsman extraordinaire Goemon Ishikawa XIII (Go Ayano) and femme fatale Fujiko Mine (Meisa Kuroki), who must then pit their skills against a rival crew headed by the treacherous Michael Lee (Jerry Yan) when the latter betrays the organisation of thieves to which they all belong. Also in the mix is Inspector Koichi Zenigata (Tadanobu Asano), a dogged Interpol agent who has sworn to bring down Lupin and his crew at any cost. 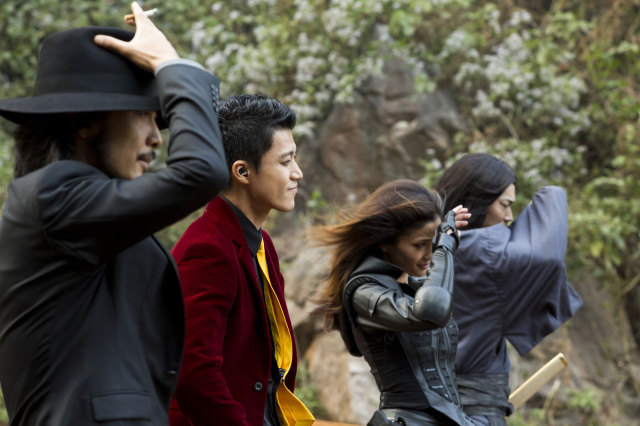 It’s hardly a spoiler to tell you that the film opens in Singapore, since it makes no difference to the film’s plot if our sunny island set in the sea was swapped for any other large city in the world. That’s how obvious Lupin the Third’s ingratiation with foreign audiences can get, though this by no means suggests that the ingratiation is off-putting. Far from it, in fact. The screenwriters actually bother to do research, so that the homages the film pays to its various locales (Singapore included) are properly contextualized instead of coming off as a hasty tack-on job. Thailand in particular is singled out for a spot of time in the (rising) sun, with the villain of the piece being played by a veteran Thai actor and much of the action taking place in that country. The script is also far more multilingual than is usual for a Japanese production, though the overall effect is rather jarring since the English dialogue is delivered in a weird mix of actual spoken lines, third-party dub-overs and actors dubbing themselves. The only actor who doesn’t seem to have any problems with the film’s linguistic mishmash is Tadanobu Asano, who was, after all, Hogun in the two Thor movies.

While the hijinks are entertaining and the cultural pandering well-executed, however, the overall tone of Lupin the Third can come off as rather uneven precisely because it aims to target so many different regional audiences. The English lines can be a little clumsy, which isn’t helped by the fact that the dubbing is sometimes slightly off from the actors’ lip movements. Furthermore, some moments come across as awkward or even cheesy (like when the characters laugh at something that isn’t really very funny), which this reviewer doesn’t know whether to attribute to some quirk of the source material or a misfire in terms of making the film more palatable to foreign audiences. 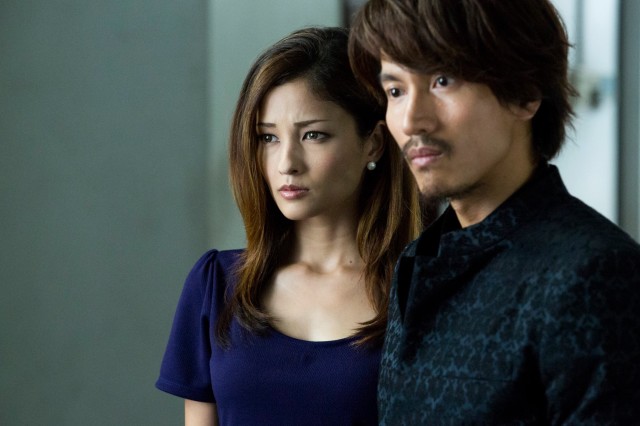 Thank goodness then, for Shun Oguri, the dashing 31-year-old who first made a splash playing Hanazawa Rui in the Japanese version of Boys over Flowers. (Incidentally, fellow cast member Jerry Yan’s star-making turn was in the Taiwanese adaptation of Boys over Flowers and the film also stars Kim Joon, who was in the Korean version. Who’s up for a cross-cultural F4 reunion?) His effortless charm and willingness to contort his face into all sorts of unflattering expressions buoy the proceedings considerably, and one could say that he is the glue that holds the rest of the movie together. Oguri looks like he’s genuinely having fun playing the role of Lupin the Third, which is always a bonus when trying to make a character resonate with the audience. 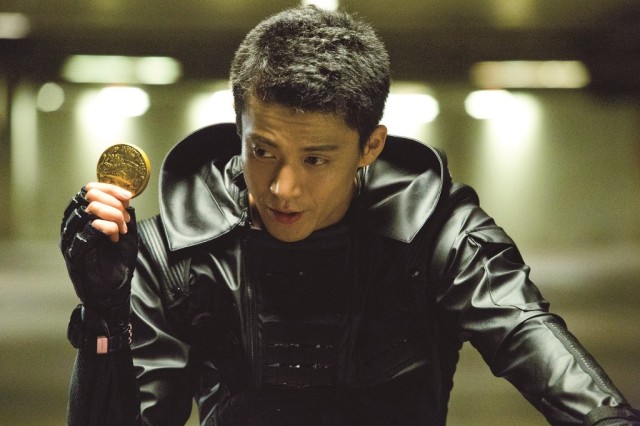 For all its flaws, Lupin the Third is still a crowd-pleasing blockbuster that benefits greatly from the effervescent performance of its lead actor. If for nothing else, go watch it for Shun Oguri. And if you’re like this reviewer and enjoy indulging the guilty pleasure of seeing Singapore name-dropped in foreign productions, that too.

Summary: Too culturally chameleonic to savour wholeheartedly, but gets props for its leading man and eagerness to impress. Brownie points for actually knowing where Hougang is.