Love, Simon focuses on an ordinary teenage male who is “just like you”, but he has one huge secret (which if you haven’t realised after seeing the rating): he’s gay. And that’s established very early on in the film, through Simon’s (Nick Robinson) voiceover as he watched a hunky dude from his window.

Simon keeps this secret from his family and even his three close friends whom he carpools with every day – Leah (Katherine Langford from Netflix’s 13 Reasons Why), Abigail (Alexandra Shipp), and Nick (Jorge Lendeborg Jr.) – because he’s afraid they would see him differently.

We see Simon struggle with not coming out, and he’s jealous of Ethan (Clarke Moore), a schoolmate who came out when he was just 16, making it look easy, though Simon knows the tremendous courage it took Ethan. When Simon sees an anonymous confession by “Blue” on their school blog, he decides to open up to Blue under the pseudonym of “Jacques”. 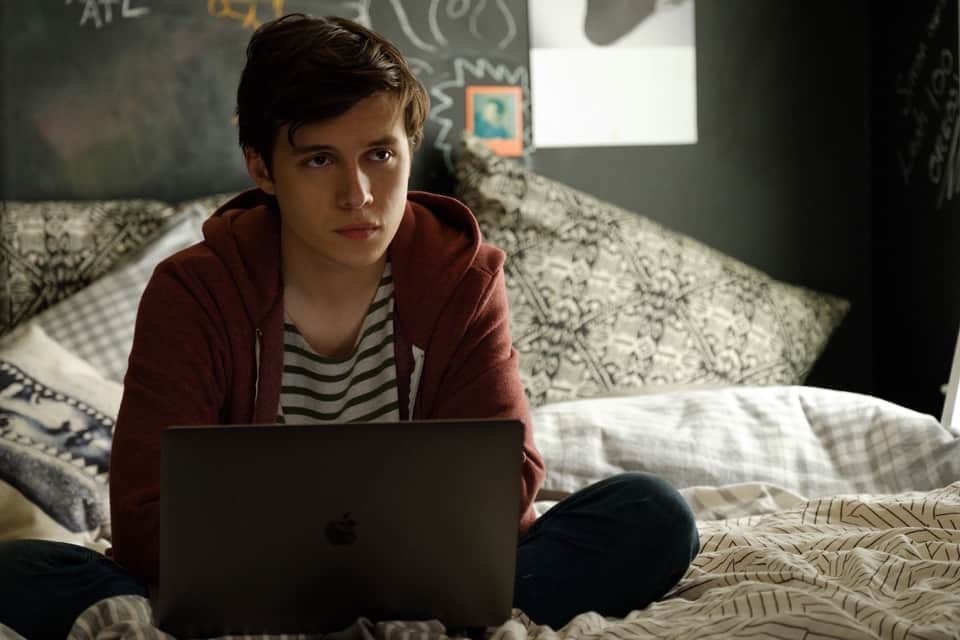 As the two chat anonymously over email and inspire each other with personal anecdotes they never told anyone else, feelings emerge. He attempts to uncover Blue’s real identity and imagines each of his crushes as him, namely gentle Bram (Keiynan Lonsdale), charming Lyle (Joey Pollari), and boyish Cal (Miles Heizer, also from Netflix’s 13 Reasons Why).

However, when drama class nerd Martin (Logan Miller) finds out Simon’s secret by accident, he threatens to out him to the entire school unless Simon helps him to hook up with Abigail. He succumbs and sabotages his friends’ lives, sending his relationships and life into a spiralling mess.

The typical high school drama aside, the coming-of-age elements of Love, Simon and the homophobia the straight characters portray are the more important things to ponder about. In particular, we’re shown some over-the-top scenes as Simon imagines what if being straight was not the “default” and that we needed to “come out” to our parents about our heterosexuality… 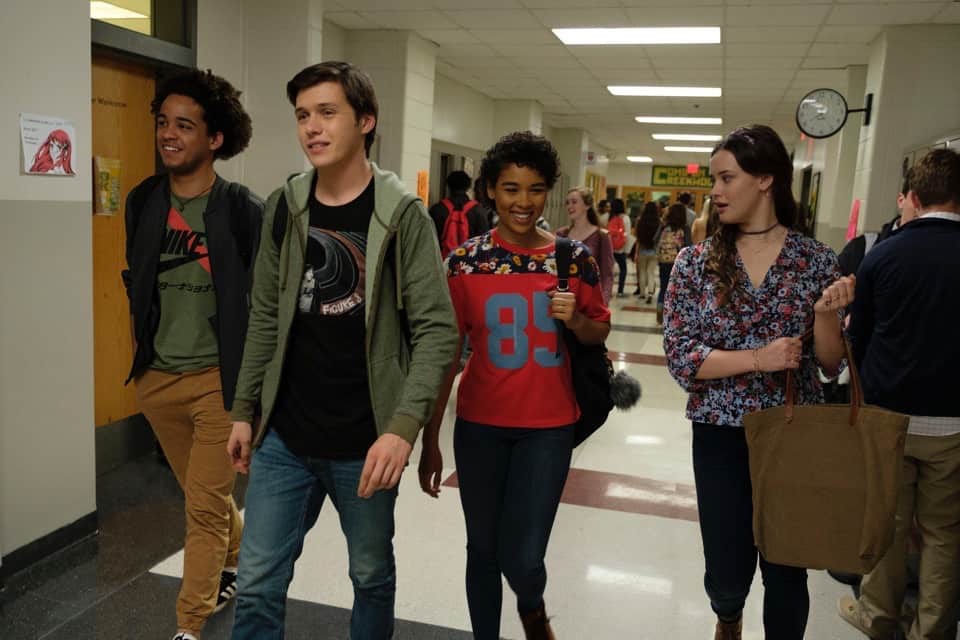 Beyond some caricatures of almost every homosexual’s biggest fear while growing up, Love, Simon is one of director Greg Berlanti’s many contributions to the LGBT+ community. Berlanti revealed in an interview that the film is not just to educate the straight majority, but also to reach out to the queer adults and adolescents, giving the younger ones hope and the representation the older generation didn’t get.

While there have been countless indie films representing the LGBT+ community, Love, Simon is the first major studio release, and Berlanti has set the path well for future films. That said, the performances are nothing short of amazing, especially those of Robinson and his co-stars. The storytelling is engaging, spiced with witty humour and tinges of mystery. Love, Simon will touch your heart and tickle you in all the right ways, regardless who you are and whom you love.

Summary: A tasteful coming-of-age romance drama that raises questions we seldom ask ourselves, especially those who belong to the majority of any society.