The Low-Down: Writer-director Rian Johnson has recently become known for helming Star Wars: The Last Jedi and is working on forthcoming Star Wars spin-off films. He had intended to make an Agatha Christie-inspired film after finishing Looper, but made The Last Jedi first, now returning to that idea. 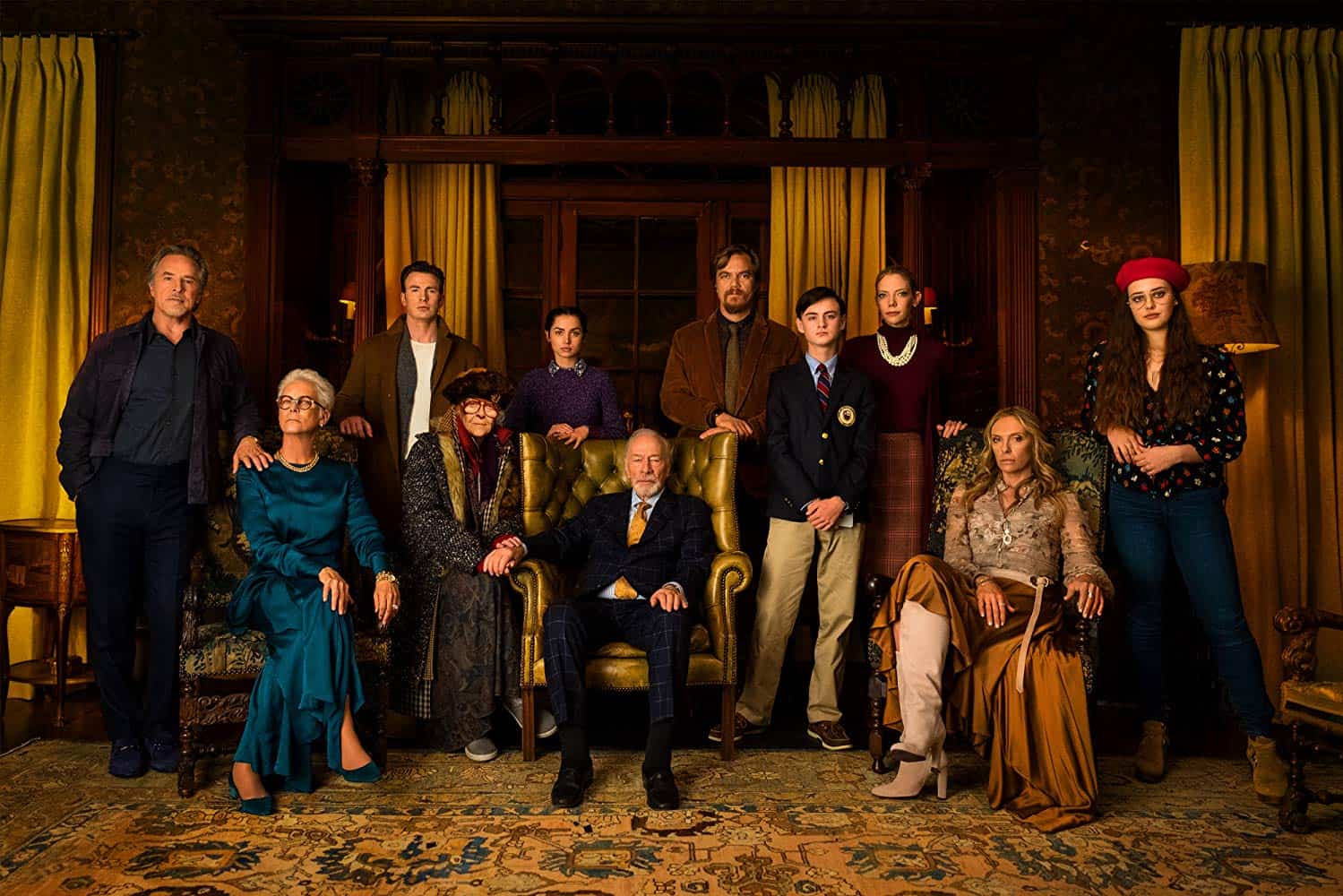 The Story: On the night of his 85th birthday party, renowned crime novelist Harlan Thrombey (Christopher Plummer) dies of an apparent suicide in his study. Private detective Benoit Blanc (Daniel Craig) is called upon to investigate alongside Detective Lieutenant Elliot (Lakeith Stanfield) and Trooper Wagner (Noah Segan). The detectives interview Harlan’s family, including his children Linda (Jamie Lee Curtis), Walt (Michael Shannon) and their respective spouses Richard (Don Johnson) and Donna (Riki Lindhome). Also present are Harlan’s daughter-in-law Joni (Toni Collette) and his grandchildren Ransom (Chris Evans), Meg (Katherine Langford) and Jacob (Jaeden Martell). The one person who might hold the key to the mystery is Harlan’s nurse Marta (Ana de Armas), who became the author’s friend and confidant in his last days.

As startling revelations are made and the web of intrigue expands, the truth seems ever more elusive. 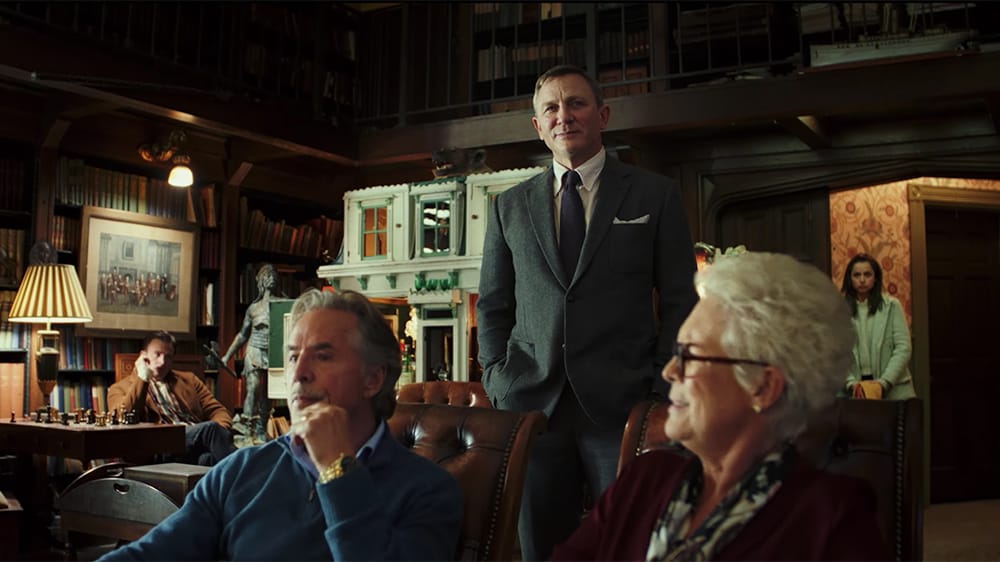 The Good: Knives Out is deliciously funny, dark and crafted with the utmost care. Johnson brings both a forensic eye to detail and a razor-sharp wit to the proceedings, assembling an intricate mystery. The movie functions both as an affectionate parody of classic whodunits and as an excellent example of a whodunit. Knives Out is filled with plants and payoffs, feints and misdirects, all executed with a master’s touch. Johnson achieves a tonal balance such that the winks and nods largely do not detract from the absorbing, ever-deepen ing mystery at the story’s core. Early on, one character comments that Harlan practically “lived in a Clue board,” which sets the tone for the rest of the movie. 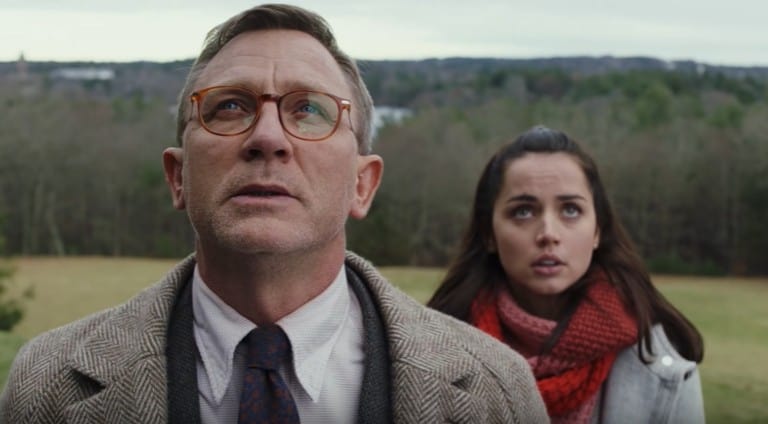 Johnson works with his usual editor Bob Ducsay and usual cinematographer Steve Yedlin to make a film that is not only narratively clever, but visually clever too. Much of the film consists of closeups of the actors’ face, inviting audiences to read said faces for clues. As with any good whodunit, it’s not just the “who” that audiences will care about, but the “why” and the “how”.

The Not-So-Good: Knives Out is intended as a throwback but is also set in present day. While the political context to the story makes sense and does add dimensions to it, some pop culture references seem a bit out of place. The Hamilton one works, but the Baby Driver reference less so. Sometimes, the movie winks just a bit too hard, like when a character is literally watching Murder, She Wrote on TV. It is also easy to miss a lot of the film’s subtlety because of how broadly comedic it appears on the surface. 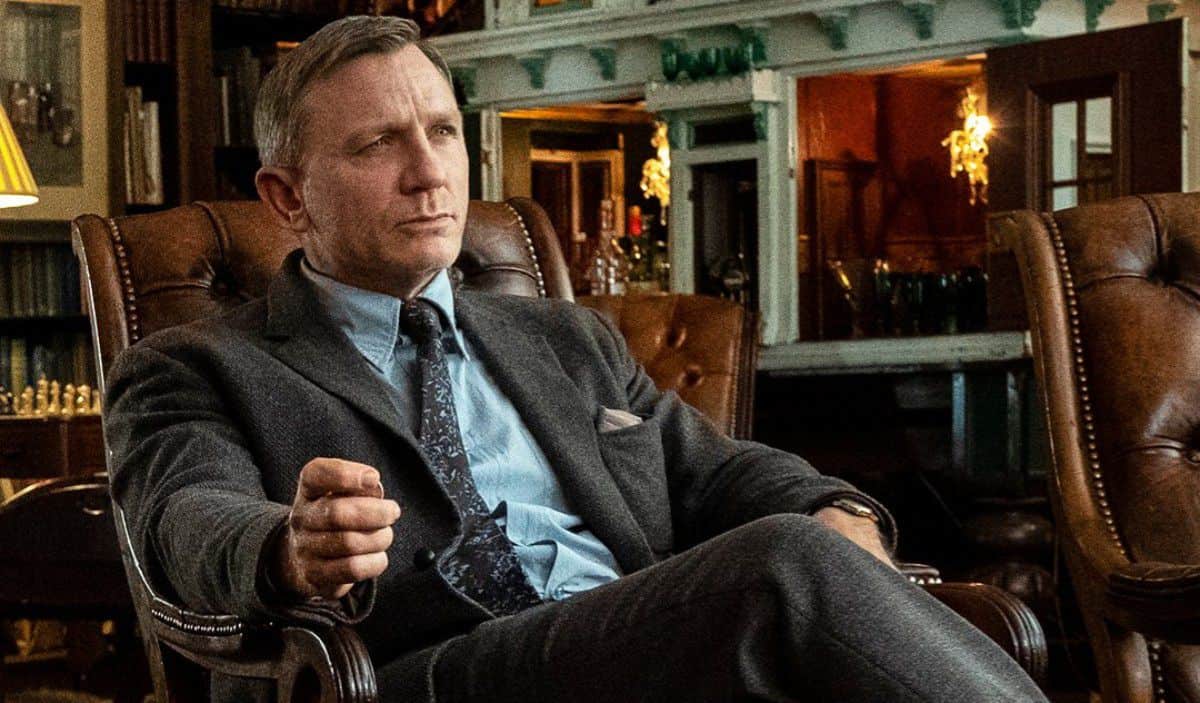 A murderer’s row: Johnson has wrangled a fantastic ensemble cast. It would take far too long to talk about just how good each actor is in their roles, so we’ll mention a few highlights. 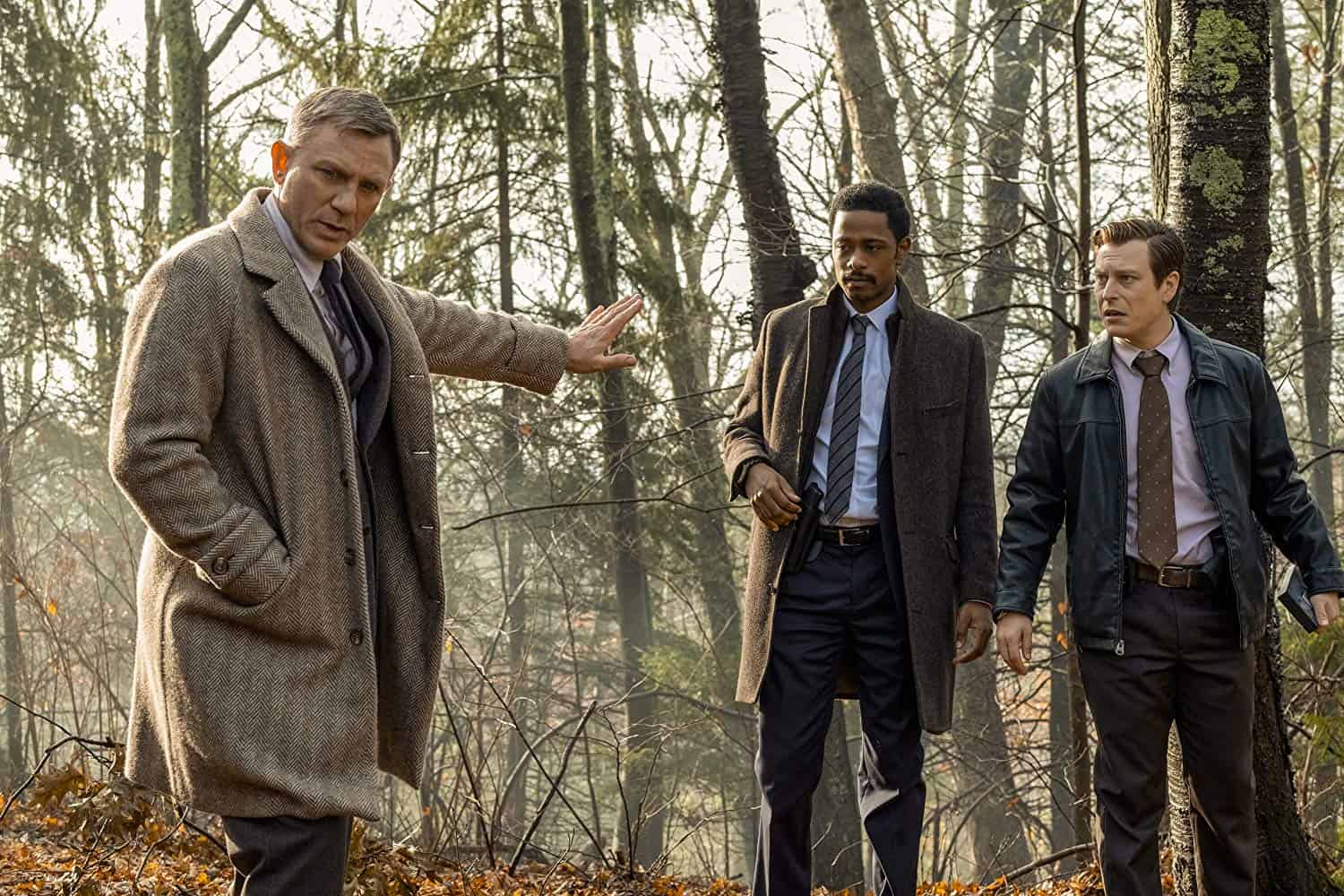 Just like in Logan Lucky, Daniel Craig sports a Southern accent that is deep fried and slathered in cream gravy. It is unconvincing but amusing and Craig, much funnier than most give him credit for, is clearly enjoying every second of this. Benoit Blanc is a pastiche of the “gentleman sleuth” archetype and seems to be mainly patterned after Hercule Poirot. Benoit is prone to colourful figures of speech and especially flowery turns of phrase – Craig delivers one monologue about donuts and donut holes with impeccable comic timing. 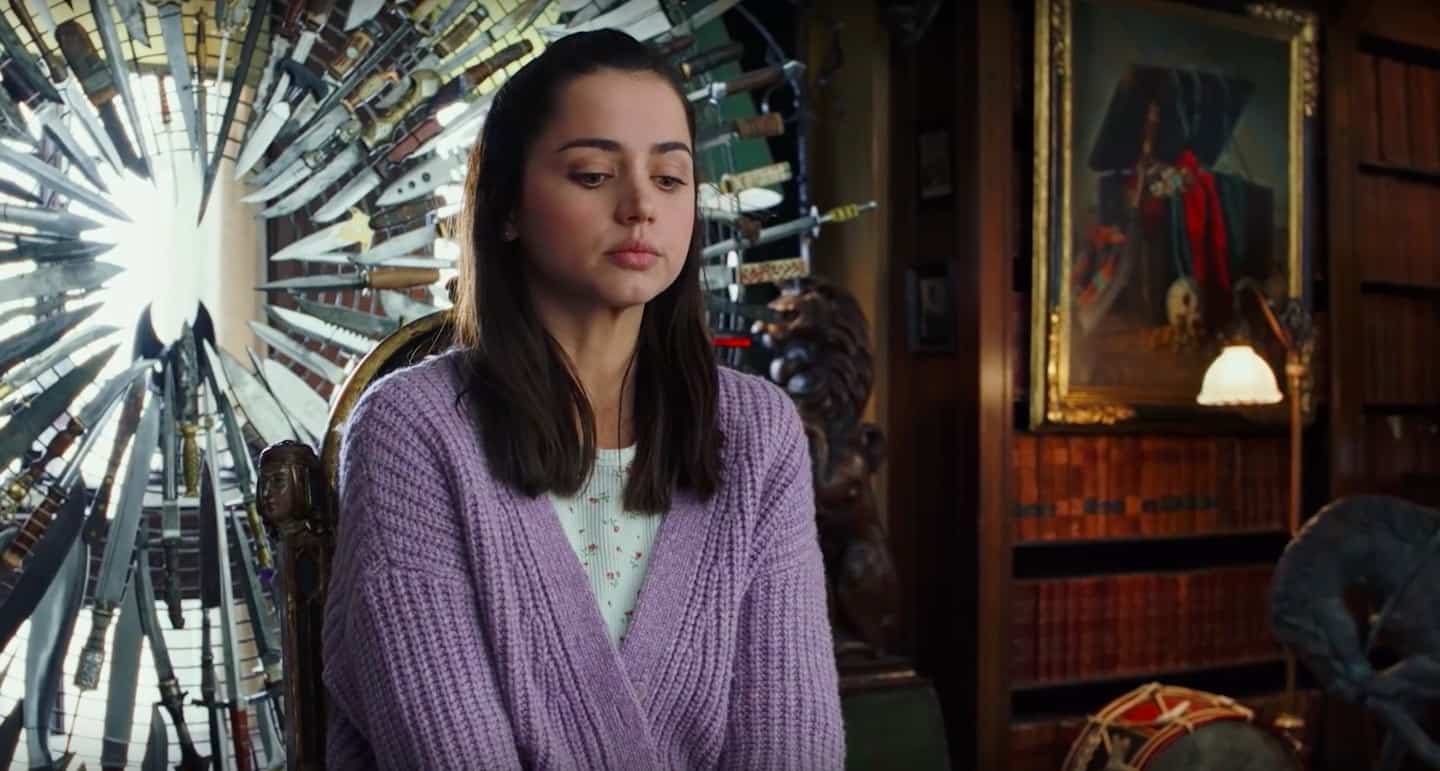 Ana de Armas will share the screen with Craig again in next year’s Bond film No Time to Die. Her Marta is probably the most fleshed-out character in the film. She’s a hard-working immigrant who is unwittingly drawn into the devious machinations of a wealthy family clamouring for a piece of the inheritance. De Armas is easy to root for, but there’s also just enough room to suspect her. 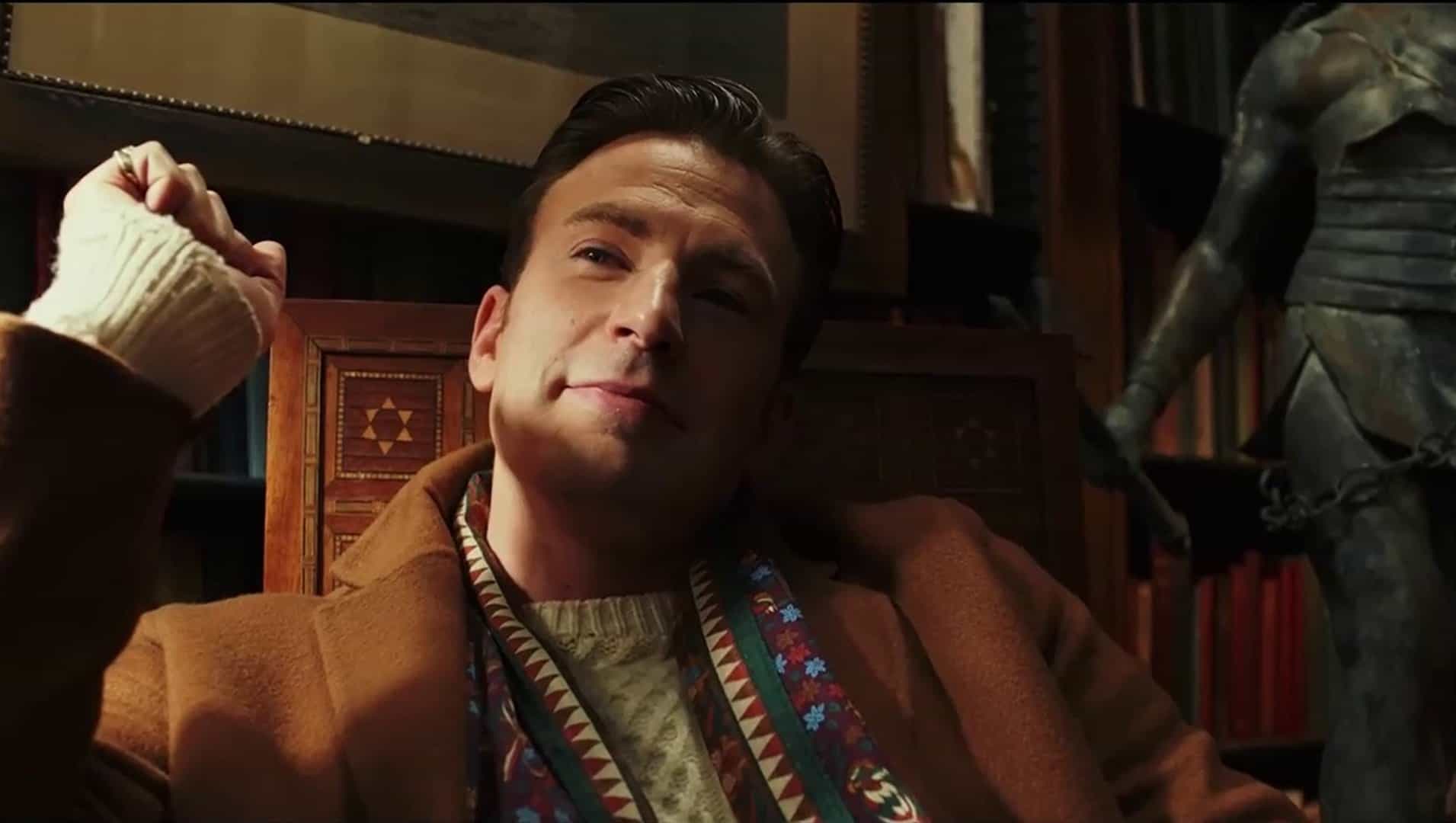 After being the embodiment of decency as Captain America, Chris Evans gets to kick back as an arrogant, flippant trust fund playboy, in a performance that will remind audiences a bit of his turn in Scott Pilgrim vs. the World. 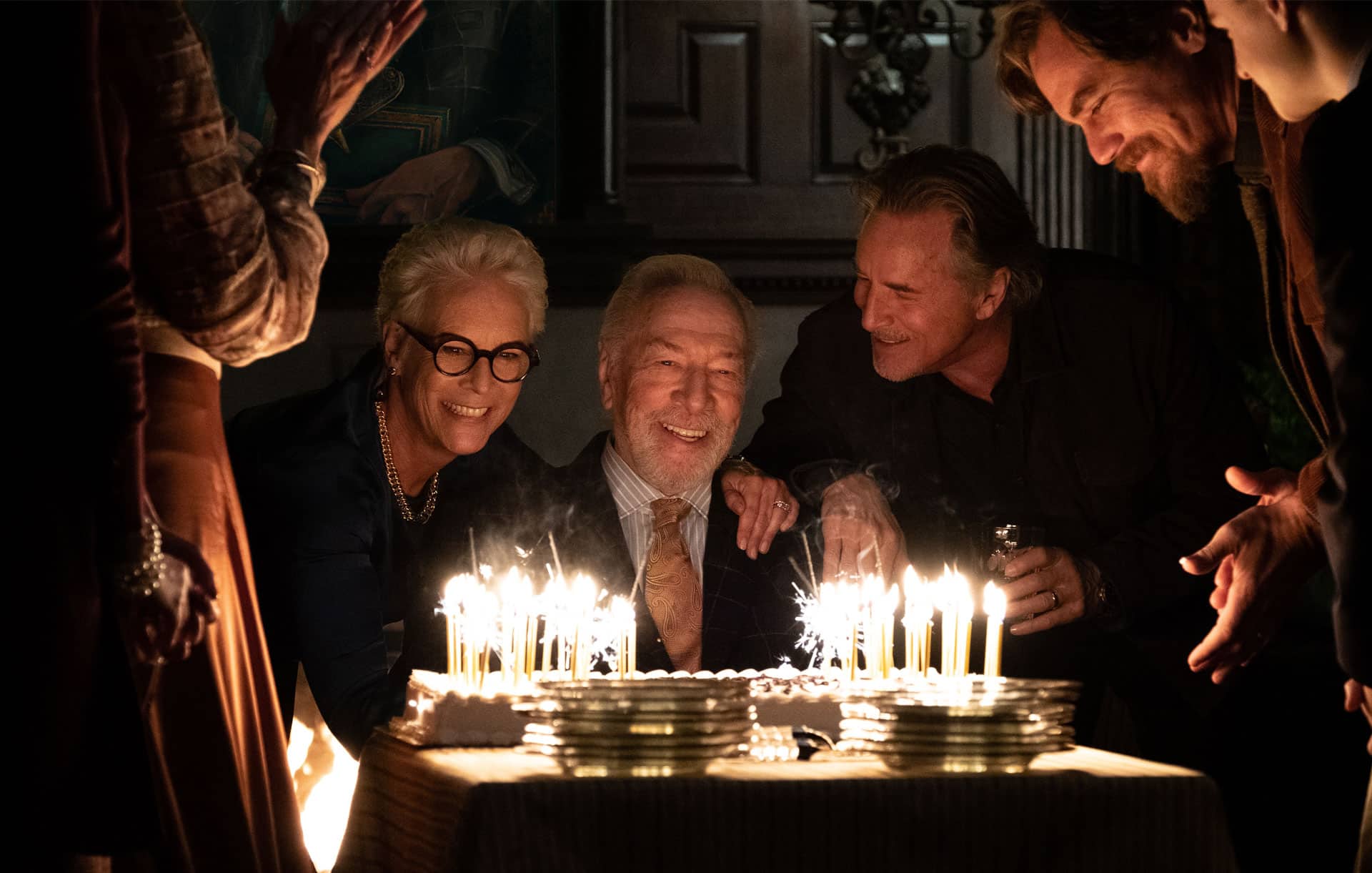 Jamie Lee Curtis, Don Johnson, Michael Shannon and Toni Collette are all very watchable, as expected, and add to the texture of the story even if there isn’t a great deal to their parts. Lakeith Stanfield is the ideal straight man to react to this absurdity. Christopher Plummer ties everything together with a knowing manner and a twinkle of his eye – at 89, the thespian hasn’t missed a step. 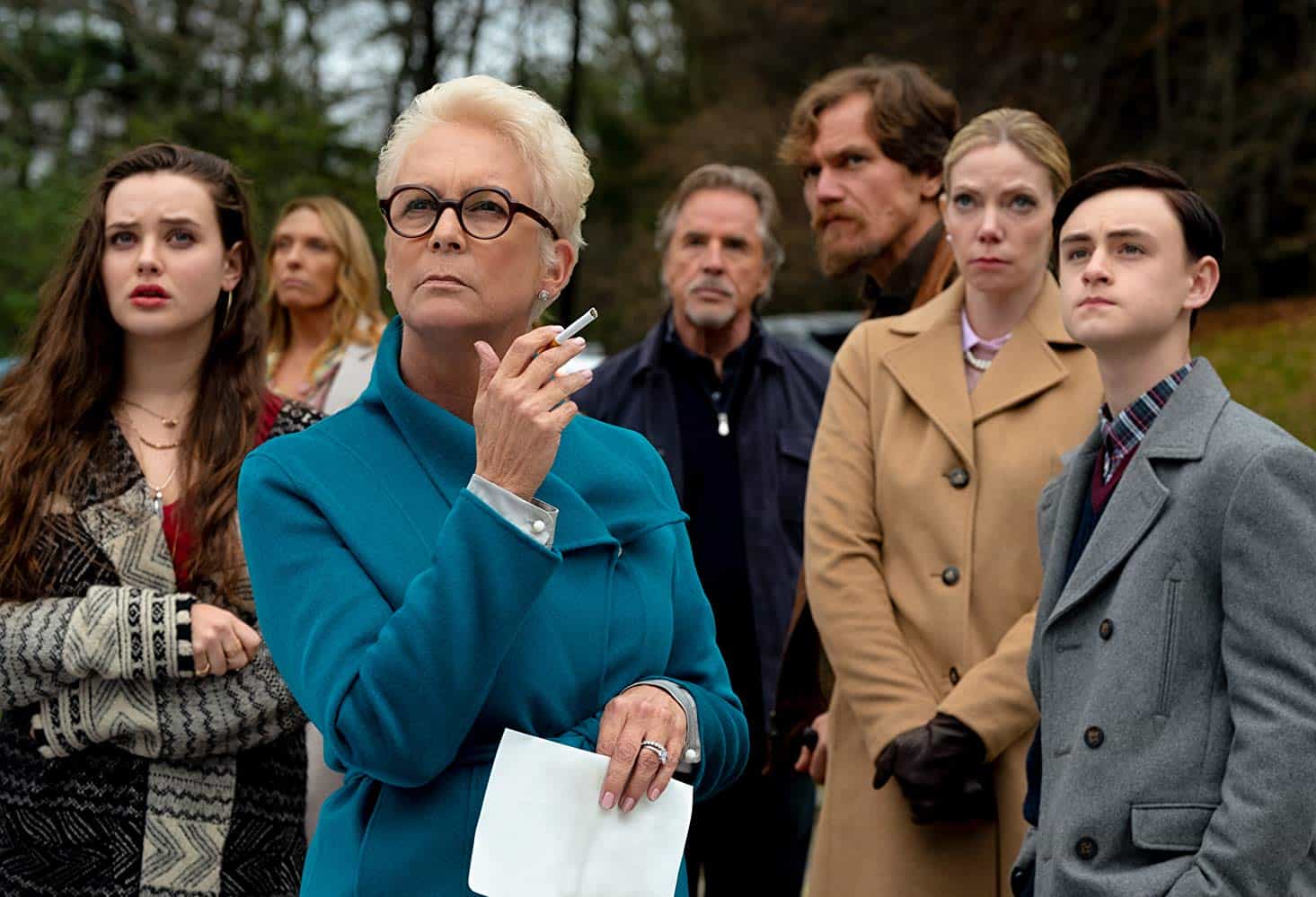 Each actor contributes something special to Knives Out, and part of Johnson’s talent is in identifying what that contribution is and magnifying it.

Recommended? Absolutely. Equal parts twisty murder mystery and a humorous deconstruction of that genre, Knives Out is a hoot.