Picking off not long after its previous instalment, Hotel Transylvania 3 starts off with a quick backstory of Count Dracula and his (Adam Sandler) arch enemy — Abraham Van Helsing (Jim Gaffigan). Van Helsing has been hunting the elusive Dracula with no success over the years, despite subduing countless other monsters in his entire career.

Fast forward over 100 years later, it’s present day and Dracula is feeling burnt out from all the years of running the hotel for fellow monsters. Mavis (Selena Gomez), his daughter, plans a vacation for Dracula and the entire family — human husband Johnny (Andy Samberg) and half-breed son Dennis (Asher Blinkoff) — to give everyone a break and bond as a family. 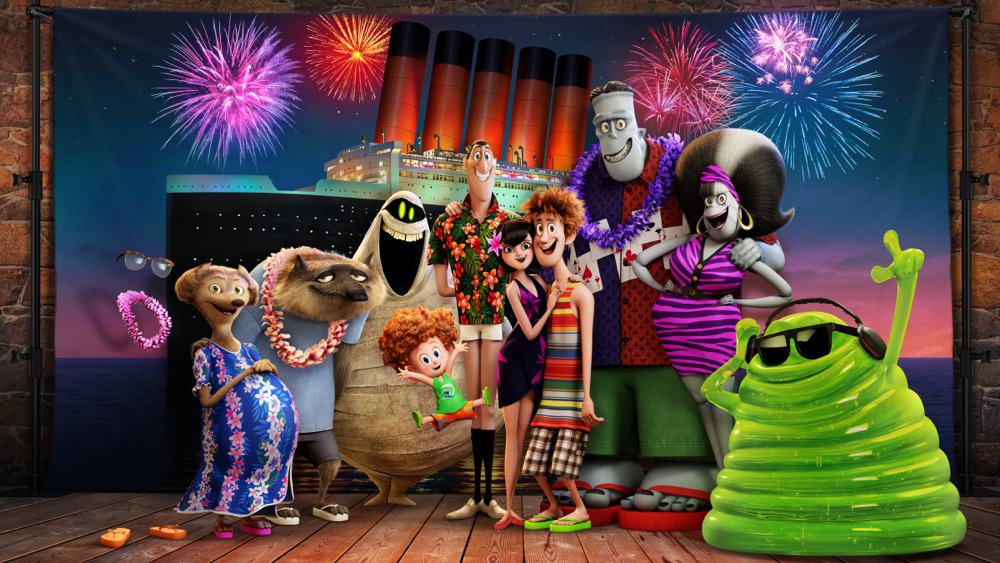 Along with the whole bunch of Dracula’s best buddies and classic “sidekicks” — Murray the mummy (Keegan-Michael Key), Frank the Frankenstein (Kevin James), and Griffin the invisible man (David Spade) — they board… a cruise, or in Dracula’s unimpressed words, “a hotel on the water”.

As Dracula’s holiday companions praise the cruise’s facilities and awesomeness, he dismisses them by pointing out their hotel has everything and better. However, when the stunning and charismatic captain of the cruise, Ericka (Kathryn Hahn), makes an acrobatic entrance, Dracula “zinged” (monster’s slang for love at first sight). 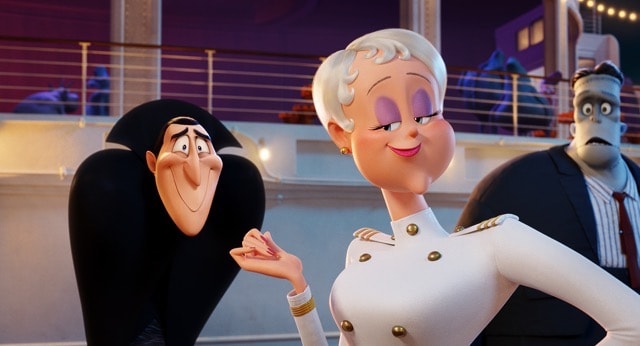 Little does Dracula know that Ericka is Van Helsing’s great-granddaughter, who broadcasted a monster vacation ad and lured Dracula and the other monsters to the cruise in an attempt to slay them. After several encounters with Dracula, Ericka starts to see the good in him but is faced with the pressure of her great-grandfather.

Plot aside, the animation and other technical aspects are on point, comparable to Disney animated films, the least you could expect from Sony Pictures. That said, much of the entertainment of watching Hotel Transylvania 3 is the fantastic soundtrack choices by Mark Mothersbaugh (Alvin And The Chipmunks, Thor: Ragnarok), which fit very well into the film’s mostly upbeat and playful tone. 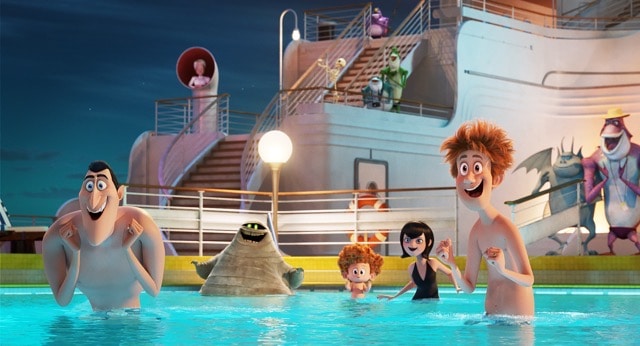 Yes, the story is pretty much formulaic like the two prequels — repetitive and even predictable. Above all, though, the underlying message of the Hotel Transylvania franchise that everyone should be treated equally — misfits included, which can be seen as the monsters — is more apparent here. It’s a much-needed and relevant film in today’s climate, especially for kids, who will be charmed and entertained.

Summary: Director Genndy Tartakovsky returns with a third Hotel Transylvania movie, and as usual, it’s a delight for families who love a hilarious and heartwarming animated film to unwind.