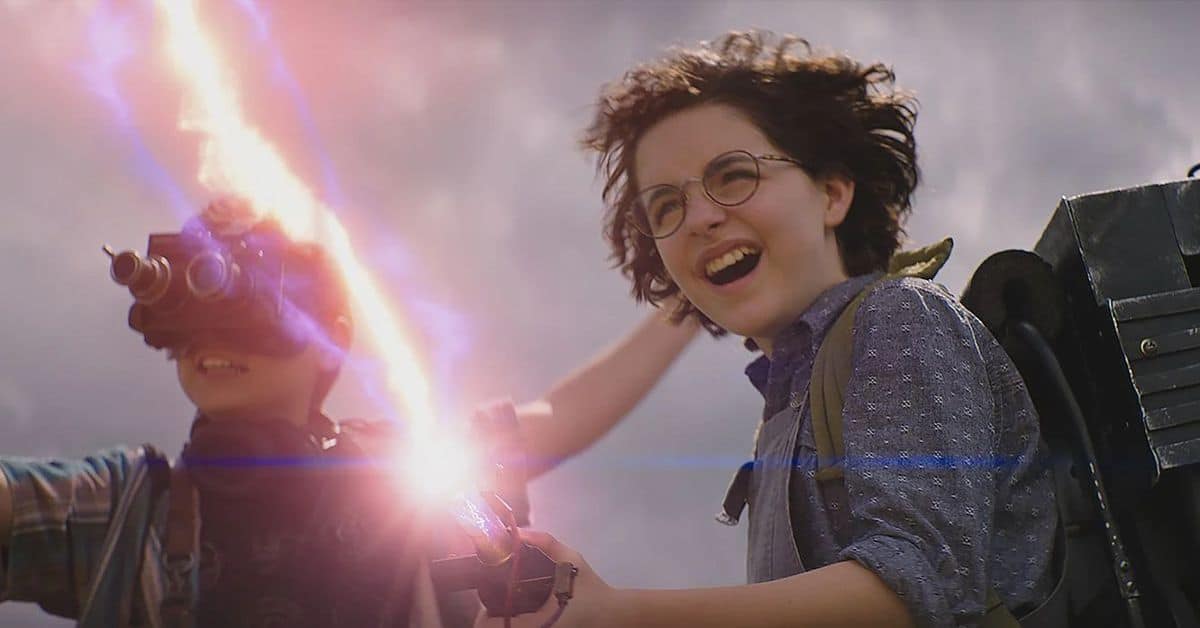 The Low-Down: When it comes to long-dormant franchises, there’s usually one of two approaches to take: either a remake/reboot, or what’s come to be known as a ‘legacy sequel’. Both approaches have their risks, but fans generally seem more amenable to legacy sequels. These usually involve a new set of characters who have some connection to the characters of the original movie, with at least some of the older characters showing up in a supporting capacity. Ghostbusters: Afterlife is the latest example. 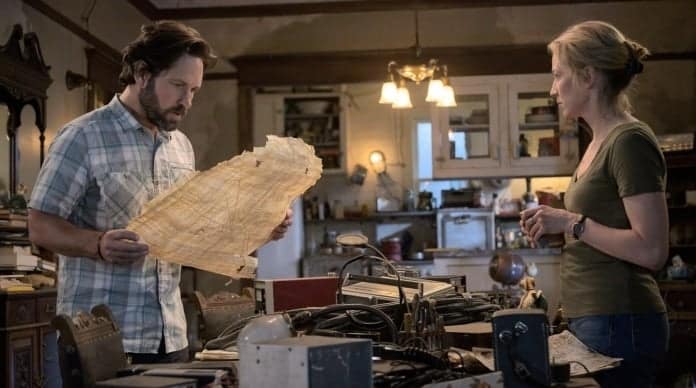 The Story: Single mother Callie (Carrie Coon) and her children Trevor (Finn Wolfhard) and Phoebe (McKenna Grace) move to a rural town in Summerville, Oklahoma, after Callie’s father dies. He had come to be known as the ‘dirt farmer’ by locals and was apparently conducting strange experiments out of fear of a coming apocalypse. Phoebe has a keen interest in science and discovers artifacts in the basement of her grandfather’s house. Together with her classmate Podcast (Logan Kim) and summer school teacher Mr Grooberson (Paul Rudd), Phoebe uncovers the mystery of her grandfather’s experiments. Meanwhile, Trevor discovers an old Cadillac ambulance in the garage. Phoebe, Podcast, Mr Grooberson, Trevor and Trevor’s colleague/crush Lucky (Celeste O’Connor) eventually discover a conspiracy involving Ivo Shandor, the founder of Summerville, and come face to face with the apocalypse that Callie’s father was trying to prevent. 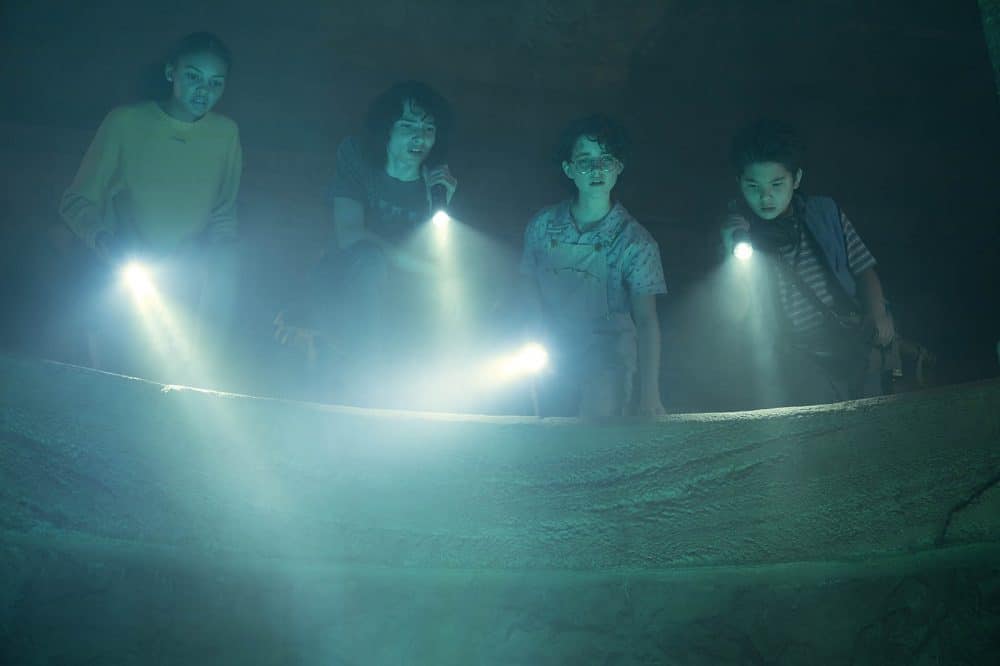 The Good: In an age of often-bloated franchise blockbusters, Ghostbusters: Afterlife is almost refreshingly low-key. Its relatively modest scale is a double-edged sword, as we’ll get to in a bit, but for the most part, Ghostbusters: Afterlife is surprisingly charming. With its rural setting, main characters who are kids, light comedy and supernatural/sci-fi adventure elements, this movie is very reminiscent of Amblin’s heyday. It’s no coincidence that Stranger Things star Finn Wolfhard is in this, since Ghostbusters: Afterlife is mostly operating in that same mode. Much as director/co-writer Jason Reitman is paying tribute to his father Ivan, who directed and co-wrote the original film, this is also a Spielberg homage. Much of the humour in the original Ghostbusters came via Bill Murray’s smug, glib performance as Peter Venkman. The tone here seems a lot more earnest and sincere, more wide-eyed and less cynical. 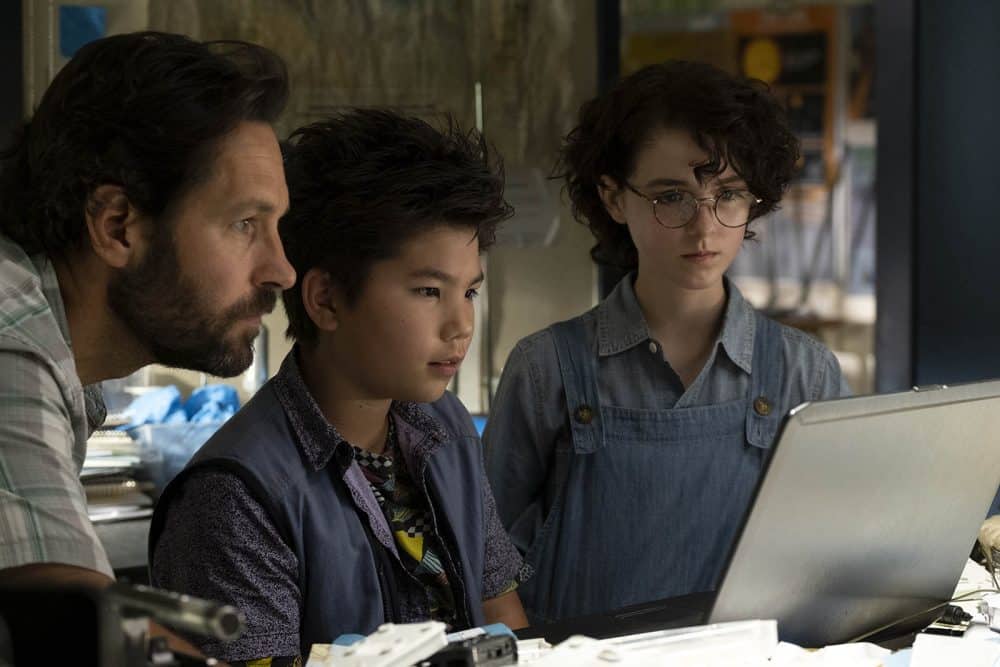 The Not-So-Good: One of the major pitfalls of legacy sequels is that they can devolve into a collapsing pile of Easter Eggs. Ghostbusters: Afterlife is mostly judicious with the fan-service, and most references to events of the first film make sense within the plot. However, there also is a lot of “look, there’s that thing that you like!” Ghostbusters: Afterlife can often feel too reverential, which is understandable given that it’s literally directed by the original filmmaker’s son. There’s meant to be a sense of awe around what this movie has in store for die-hard fans, most evident in how the identity of Callie’s father is apparently some huge secret, when everyone had already figured it out from the first trailer. It takes Ghostbusters: Afterlife almost an hour before the non-mystery is ‘solved’ and the grandfather’s name is confirmed aloud. As is common in legacy sequels, the characters come off more as links to the franchise’s past than as actual characters. This emphasis on ‘respect’ seems to primarily be a reaction to the 2016 reboot, to which there was an outsized, vitriolic ‘culture war’ backlash. That reverential fear sometimes holds Ghostbusters: Afterlife back, and it’s consequentially afraid to cut loose and be too funny, when the original film was primarily a comedy.

There’s also the matter of Ghostbusters: Afterlife’s status as an ‘event movie’. It wants to mostly be small and intimate, but also feels the pressure to provide big action set-pieces, and by the conclusion, turns into something akin to the ending of Raiders of the Lost Ark. The younger Reitman infamously stated in 2007 that he did not want to make a Ghostbusters film, saying “Ghostbusters is iconic, but it’s my dad’s, and I don’t think I can touch that,” adding “It would be the most boring Ghostbusters movie of all time. There would be no ghost busting.” A lot can change in 14 years and Ghostbusters: Afterlife does have ghost busting in it, but there is slight conflict between the big-budget spectacle and the character drama. 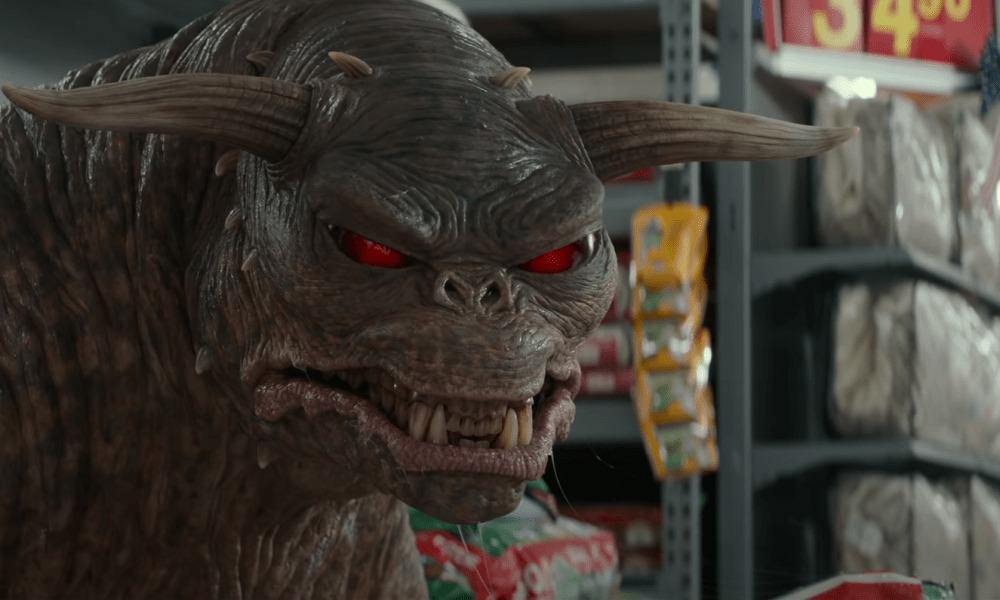 Spectres of the past: One of the movie’s greatest strengths is its approach to the special/visual effects. The terror dogs are mostly executed with animatronic effects when they’re standing still, that then switches to CGI when they’re moving. The look of the proton streams is unmistakably 80s, evoking classic optical effects while not looking too dated. The Muncher ghost, this movie’s riff on Slimer, also looks sufficiently tactile, almost like he’s made of play-doh. The movie will often have something digital happen, then a practical explosion or spark as the pay-off, which works great. The effect that feels the most out of place is the ‘mini-puffs’, tiny Stay-Puft Marshmallow men who are completely digital and sometimes feel a bit synthetic compared to the other effects. 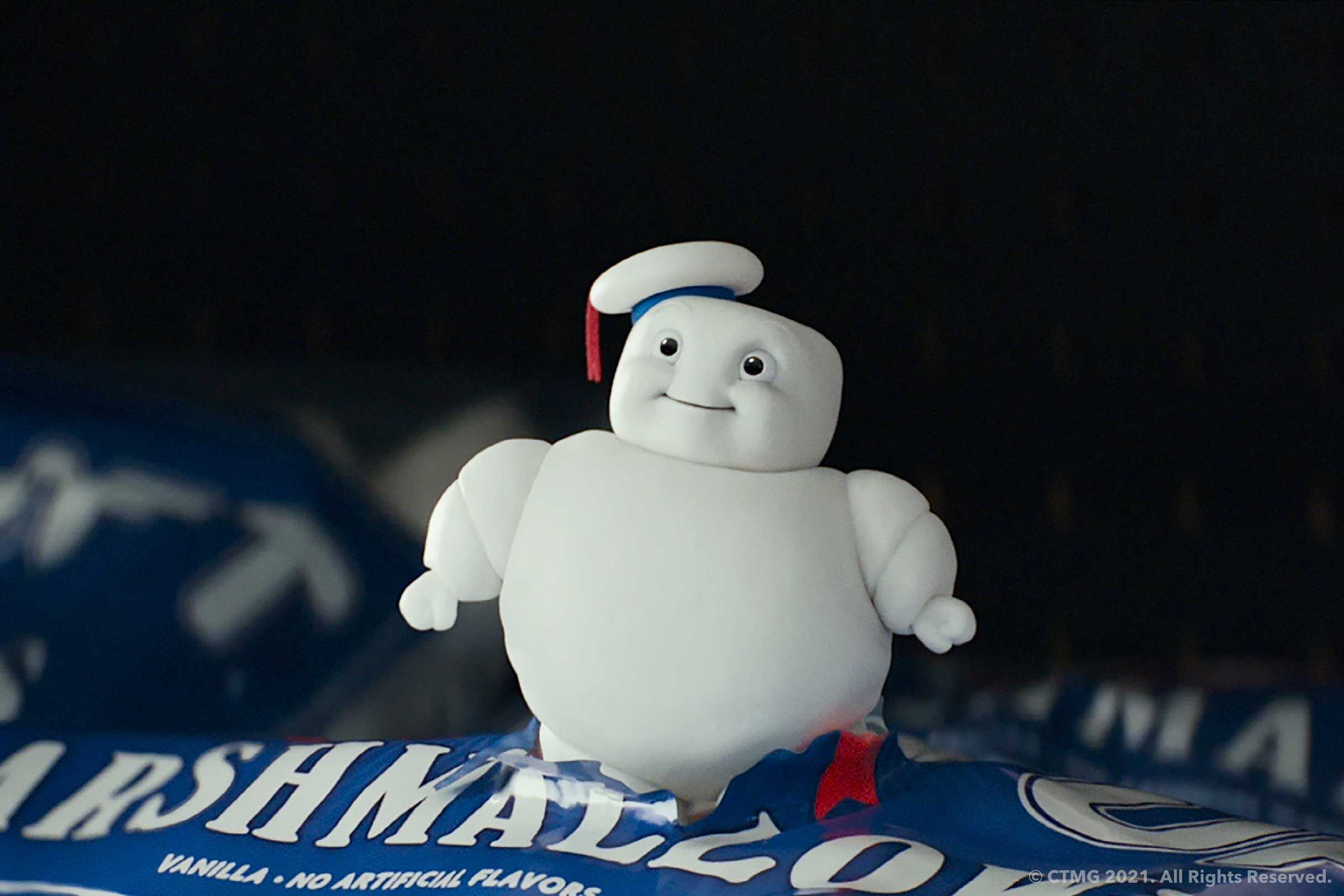 Recommended? Yes. Ghostbusters: Afterlife takes the franchise in an interesting direction even if it is hamstrung by treating the original movie with utmost reverence.