The Low-Down: Will Smith is one of the biggest movie stars around, so perhaps there’s no greater flex than for your film to star not one, but two Will Smiths. Is a double dose of Big Willie Style enough to save an action thriller filled with familiar plot beats and built on a borderline ridiculous premise?

The Story: Henry Brogan (Will Smith) is the world’s greatest assassin. A lifetime of killing has begun to eat away at Henry’s soul, and he is settling in for retirement. However, when Henry learns the truth behind a recent hit, he makes himself a target. Henry allies with Danny Zakarweski, a Defence Intelligence Agency operative assigned to surveil him. Together with pilot and Henry’s old friend Baron (Benedict Wong), they go on the run. Clay Verris (Clive Owen), owner of the shadowy Gemini private military company, has sent a special asset after Henry. Said asset, known as Junior (also Will Smith), is a 23-year-old clone of Henry, created without Henry’s knowledge. Henry must escape a younger, more efficient, better-trained version of himself, while also trying to save Junior out from under Clay’s thumb. 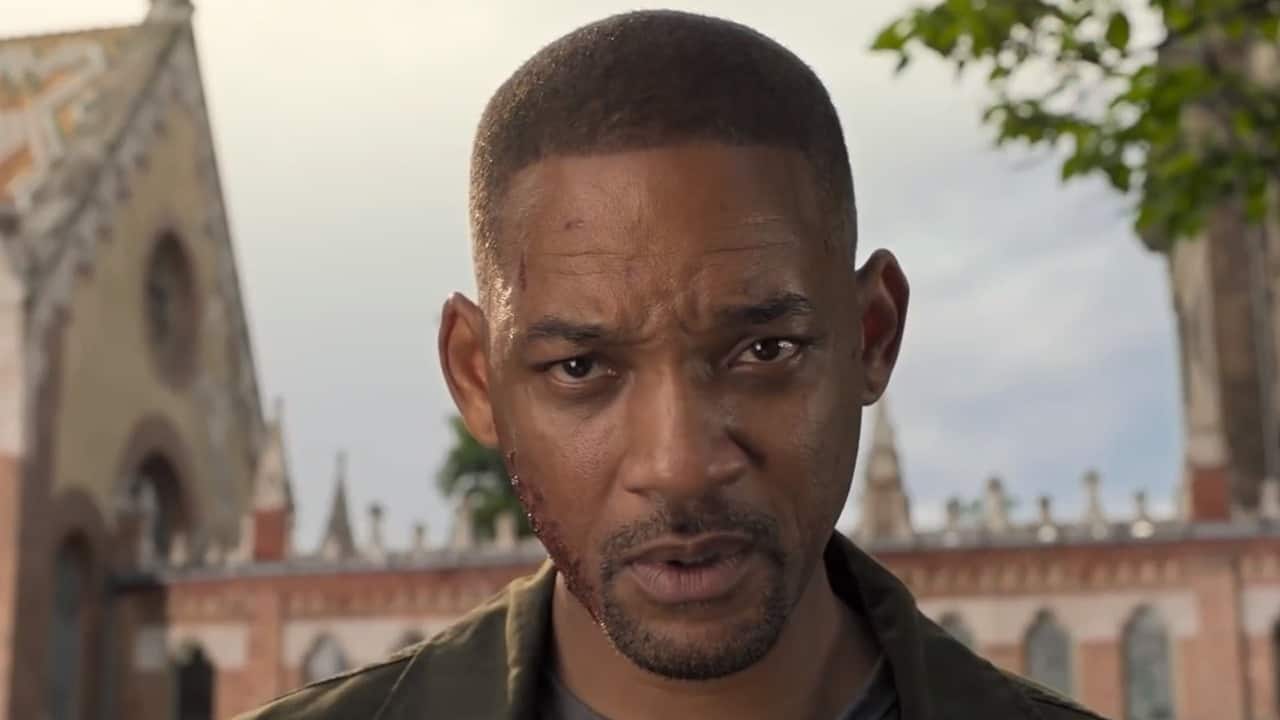 The Good: This reviewer enjoys seeing arthouse directors tackle action movies. Ang Lee has done this earlier in his career with Crouching Tiger, Hidden Dragon and Hulk. Lee attempts to imbue the proceedings with philosophical heft, and while he’s far from successful, the effort is admirable.

The movie’s big gimmick is its double act. Star Smith is duplicated using cutting-edge visual effects technology, such that this is a big step beyond the face replacement and de-aging we’ve seen in movies like the MCU films and Rogue One: A Star Wars Story. Junior’s face is completely synthetic. This is as close to perfect as the technology can get now, and after a while, it’s easy to forget that Junior isn’t played by an actor who just has a naturally uncanny resemblance to Smith. The visual effects are supervised by Bill Westenhofer, part of the team that won the Oscar for Lee’s Life of Pi. 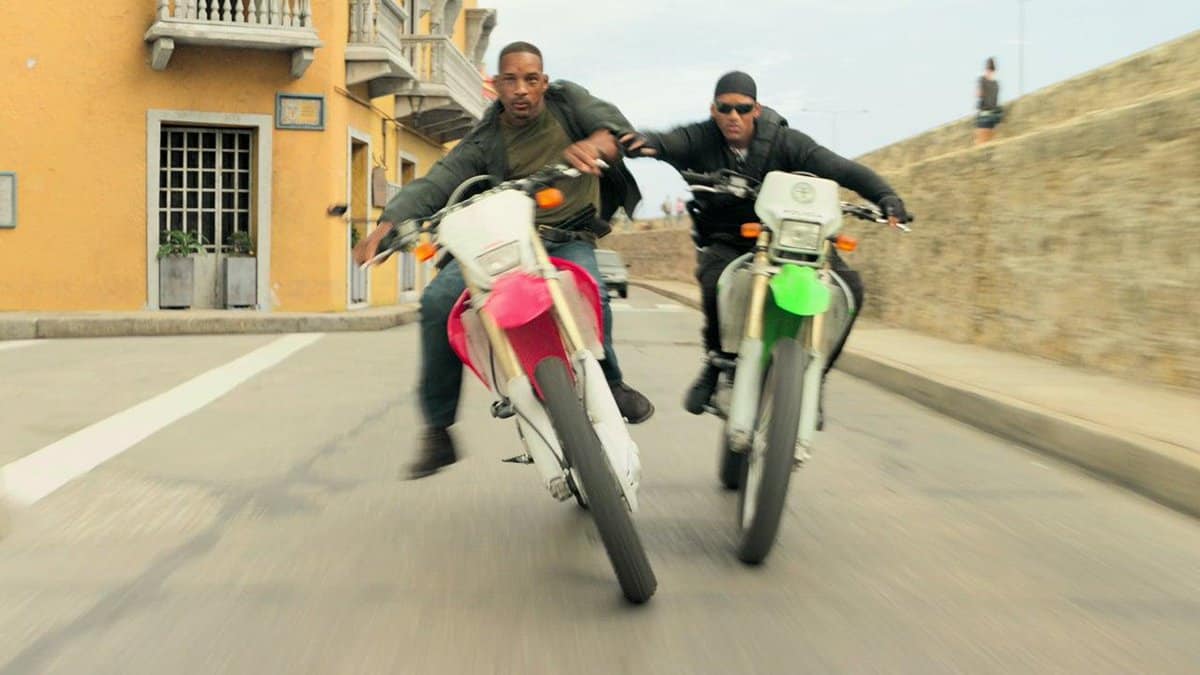 There are some well-executed action sequences, including a fun bike chase through the streets and across the rooftops of Cartagena. The film also serves up eye-catching locations, including Budapest, Hungary, with scenes taking place in the historic Széchenyi Thermal Bath. 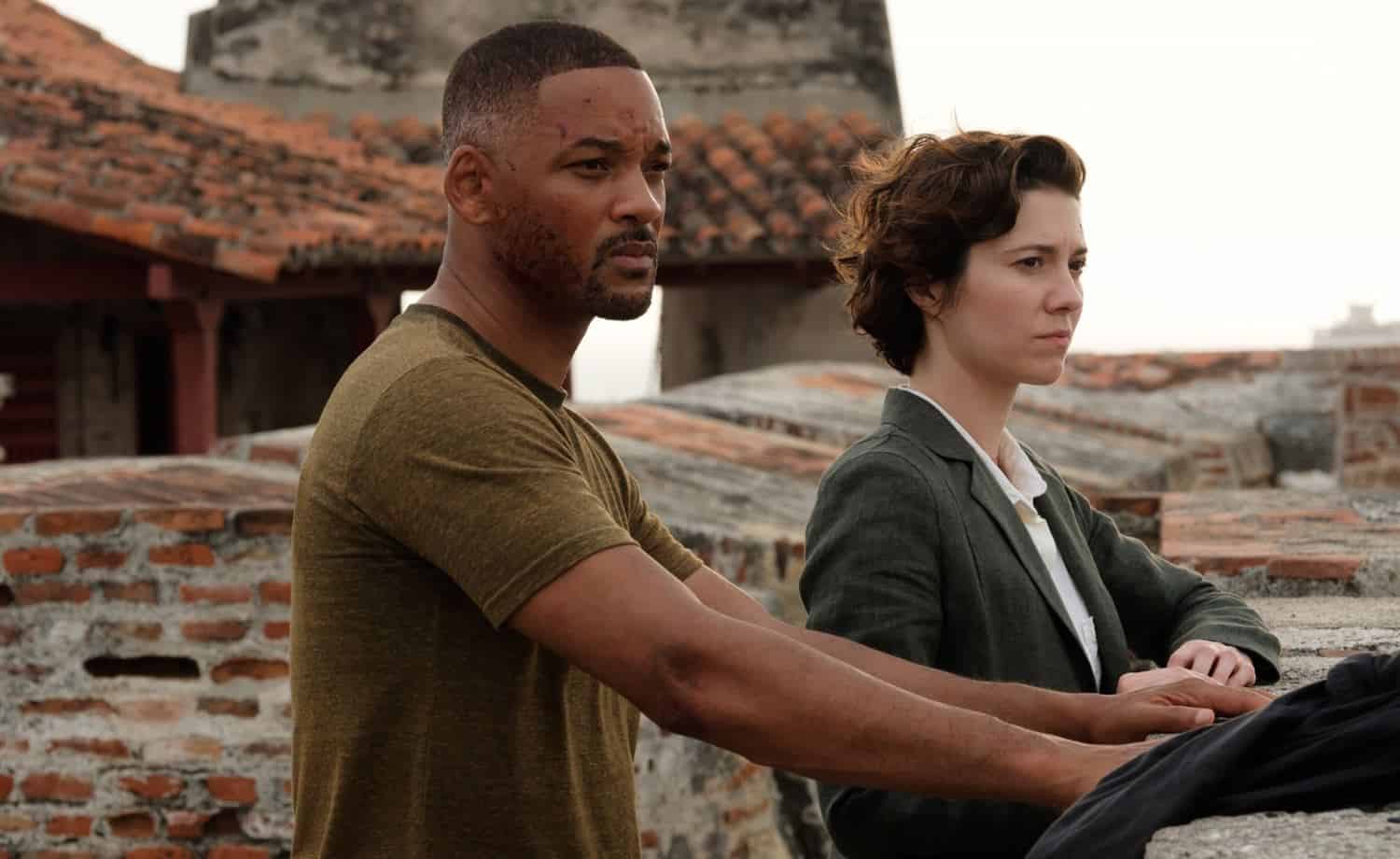 The film attempts to avoid a romantic subplot and tires to establish the Danny character as a capable operative who can hold her own, without making her a stereotypical tank top-clad gun-toting badass. Not putting a pointless romantic subplot in an action movie shouldn’t be something that’s so rare it’s worth praising, but alas, it still is. 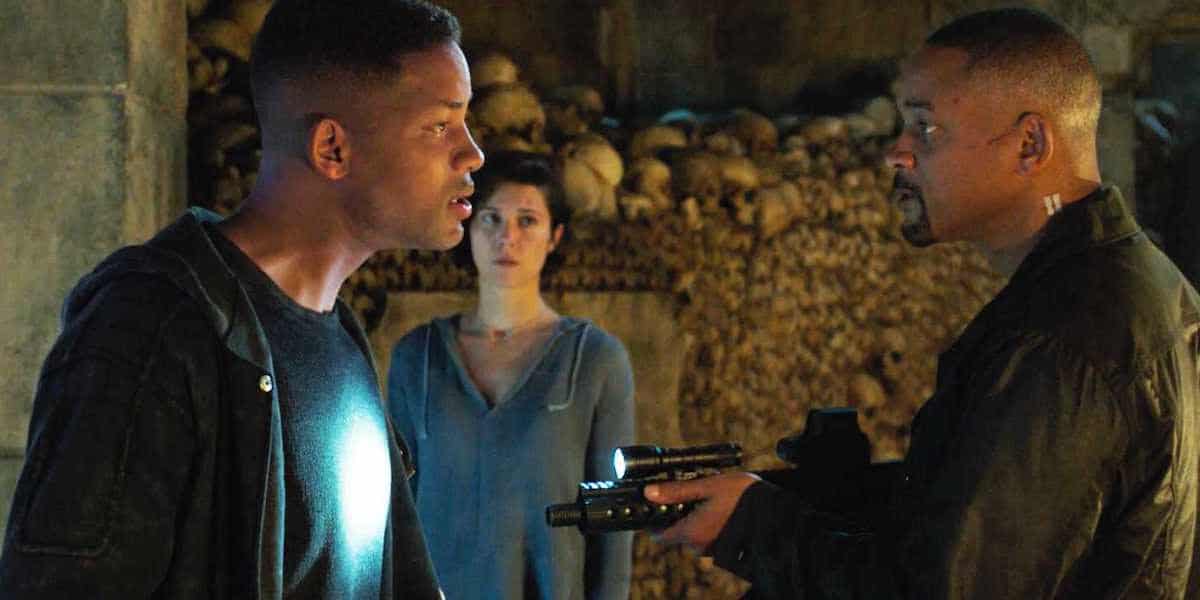 The Not-So-Good: Lee takes this very seriously – perhaps too seriously. Gemini Man doesn’t wink and nod at its preposterous premise at all, nor is its action so completely bombastic and over-the-top as to give audiences the sense that it’s being self-aware. Benedict Wong provides limited amounts of comic relief as a character who feels tacked on. This is a hitman movie that is packed with clichés that are all played painfully straight. Even the hook that the film’s antagonist is a clone of the protagonist is already somewhat overplayed. It’s also a bit confusing that Will Smith, a famously well-preserved man, is who the filmmakers chose to contrast with a younger version of himself. Sure, 51-year-old Will Smith and 23-year-old Will Smith look different, but not that dramatically.

Matters are not helped by the awkward, clunky dialogue, which alternates between exposition and “all this killing hurts my conscience”-type monologuing. There is a scene in which an informant character tells Henry “Clayton Verris is playing God with DNA. He must be stopped.” Many elements of the movie feel canned, which is at odds with how invested Lee seems to be in realising the project.

A high-tech relic: A lot becomes clear about Gemini Man once you learn that the movie has been in development hell since around 1997. At the age of 27, screenwriter Darren Lemke sold his pitch for this film, with Tony Scott attached to direct. Visual effects technology had not yet caught up with the concept. Harrison Ford, Mel Gibson, Nicolas Cage, Clint Eastwood and Sean Connery were all attached to the role at some point or another. 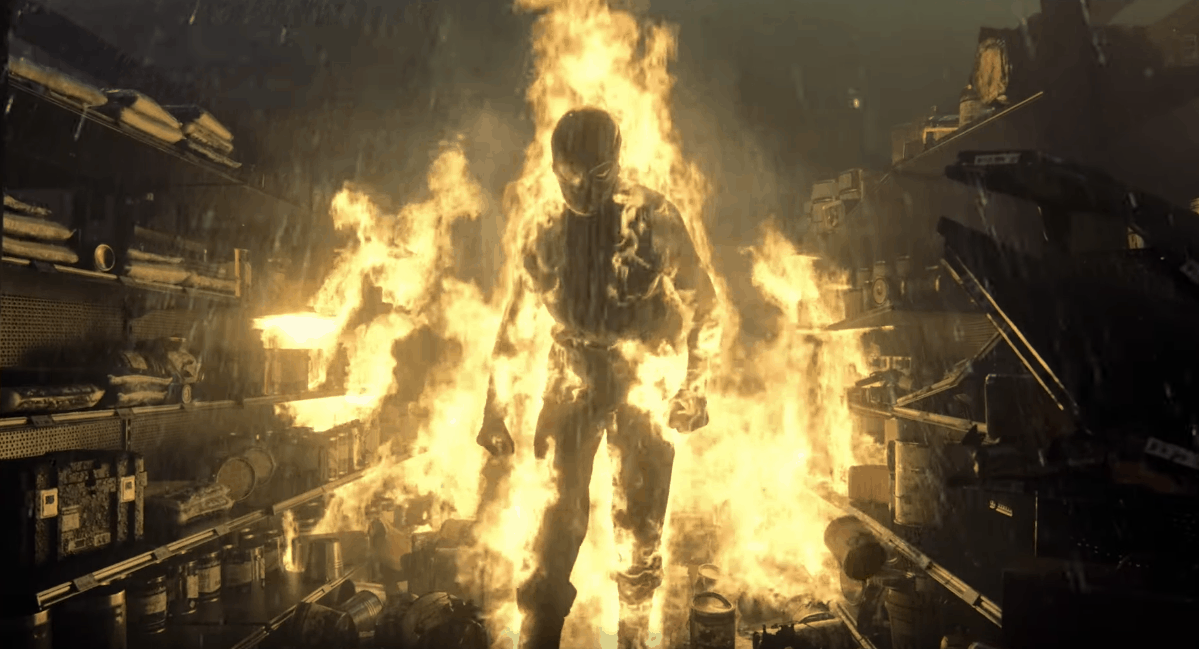 Despite being a showcase for filmmaking technology that does push the envelope, Gemini Man can’t help but feel like something leftover from the 90s or at best the early 2000s, a cross between Face/Off and The 6th Day. The plot is also reminiscent of the Metal Gear video game franchise, in which twin brothers Solid and Liquid Snake are clones of Big Boss. 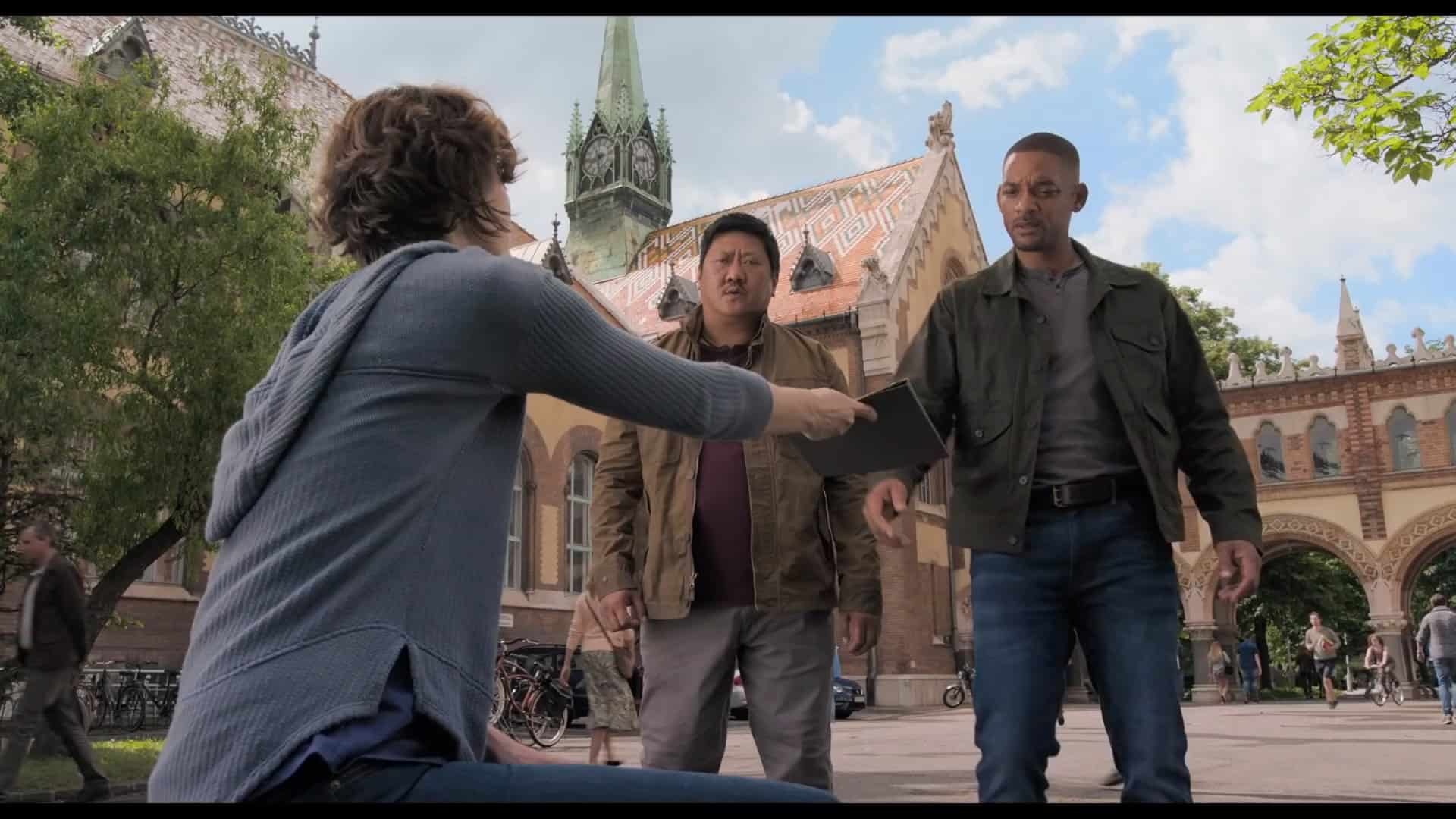 You’ve been framed: Gemini Man was shot at 120-frames-per-second in 4K resolution, like Lee’s previous film Billy Lynn’s Long Halftime Walk. Movies typically have a framerate of 24 fps. We saw the film in high frame rate 3D. Maybe we need time for it to grow on us, but it just makes everything looks unnatural. The action scenes seem to suffer the most, because it looks like the stunt team’s rehearsals rather than the finished film. Lee has come to favour the HFR format because it eliminates dimness, strobing and motion blurring, but it can’t help but feel less cinematic. In a way, this format draws more attention to the flatness of the story and the characters, putting everything in uncomfortable hyper-focus. 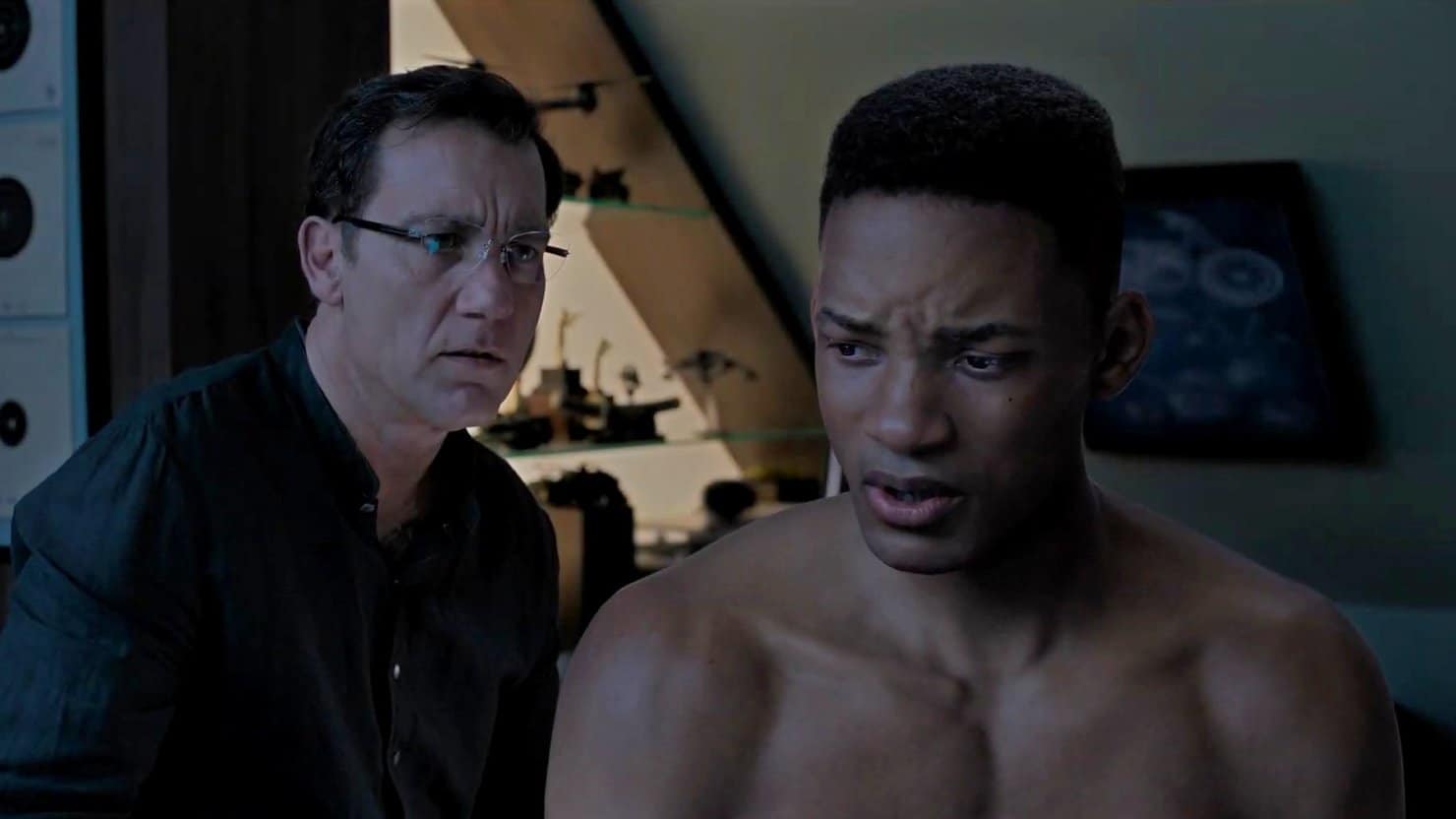 Recommended? Not really. If you really love Will Smith and will watch anything he’s in, you could do far worse than this, but Gemini Man falls short of its promise of a dynamic action thriller enlivened by ground-breaking visual effects.

Summary: Gemini Man is a fun idea in search of a story, and the story that we have arrived at after the involvement of at least eight screenwriters (including Game of Thrones’ David Benioff) is an uninspired one. There’s nothing wrong with unoriginality so long as the existing parts are assembled into something entertaining, and despite an established movie star in dual lead roles and some good action choreography, Gemini Man struggles to be entertaining.