The Low-Down: In 2013, Disney’s Frozen, based on The Snow Queen by Hans Christian Andersen, became a worldwide phenomenon. The film was a critical and commercial success, becoming the highest-grossing animated film (until this year’s remake of The Lion King, if one defines that as ‘animated’). “Let It Go” became all but inescapable, winning the Oscar for Best Original Song. It seems like making a sequel would be a no-brainer, but the filmmakers took some time before committing to making Frozen 2, beginning work in earnest in early 2015.

The Story: Elsa (Idina Menzel) is settling into her role as the queen of Arendelle, but a mysterious voice that only she can hear beckons her to journey beyond the castle. Elsa initially resists, but when she realises that this voice reminds her of a lullaby her mother Queen Iduna (Evan Rachel Wood) used to sing, she is compelled to venture forth. Elsa’s sister Anna (Kristen Bell), Anna’s boyfriend Kristoff (Jonathan Groff), the snowman Olaf (Josh Gad) and Kristoff’s reindeer Sven join Elsa on her journey. They travel to the enchanted forest of Northuldra, which has for years been shut off from the outside world by a thick veil of mist. Revelations come to light as Elsa reckons with the secret origin of her cryokinetic powers, and the sisters learn truths both beautiful and hard to face about their family history.

The Good: One can see why directors Chris Buck and Jennifer Lee were initially hesitant to make a sequel to Frozen, because it has become difficult to separate the phenomenon from the movie itself. Frozen’s immense popularity brought about backlash and cries that it was overrated, and it’s easy to forget how good the movie was. Frozen 2 does not merely do everything the same and is about something.

It is a spoiler to say what exactly some of Frozen 2’s themes are, but it does address the ideas of growth, change and maturity. After everything the characters have been through in the previous film, there is a sense that they’ve arrived, but the events of Frozen 2 push them further along in their character arcs. The sisterly bond between Elsa and Anna remains the beating heart of the film and there are genuinely emotional moments between them, especially when Anna feels that Elsa is still not trusting her fully.

The animation is superb, and the movie features multiple set-pieces in which the animators get to flex their prowess. Water and hair, elements that are notoriously difficult to realise with computer-generated imagery, are rendered beautifully in the film. The forces of nature feature heavily in the narrative, with wind, water, earth and flame all imbued with a dynamism and a consciousness. Also, the costumes in this movie are gorgeous – Elsa is given several show-stopping outfits that look like the world’s classiest figure skating dresses.

There is also a very cute salamander named Bruni, who is like a smaller, happier distant cousin of Tangled’s Pascal. He is very Pokémon-esque and we want one.

The Not-So-Good: While it is commendable that Frozen 2 tackles heavy themes, the movie sometimes strains under the weight of this and is not fully able to support the exploration of those ideas, which requires nuance and time. There is a conversation about the movie’s themes of how history is framed to be had between parents and kids, and not every parent will be up to the task of explaining what Frozen 2 is really about in a kid-friendly way.

While Frozen 2 tries new things and is not a straight re-tread of the first film, there are times when it seems like it’s obligated to deliver what audiences love about the first. We’ll talk more about the songs next, but there are a few that feel like analogues of songs from the first movie and can as such come off as derivative.

Frozen 2 puts great emphasis on the characters from the first film and gives Elsa, Anna, Kristoff and Olaf more to do. However, this is sometimes at the expense of the newer characters, such as the likes of Northuldrans Yelana (Martha Plimpton), Ryder (Jason Ritter) and Honeymaren (Rachel Matthews) and Arendellian Lieutenant Mattias (Sterling K. Brown) feel somewhat perfunctory. 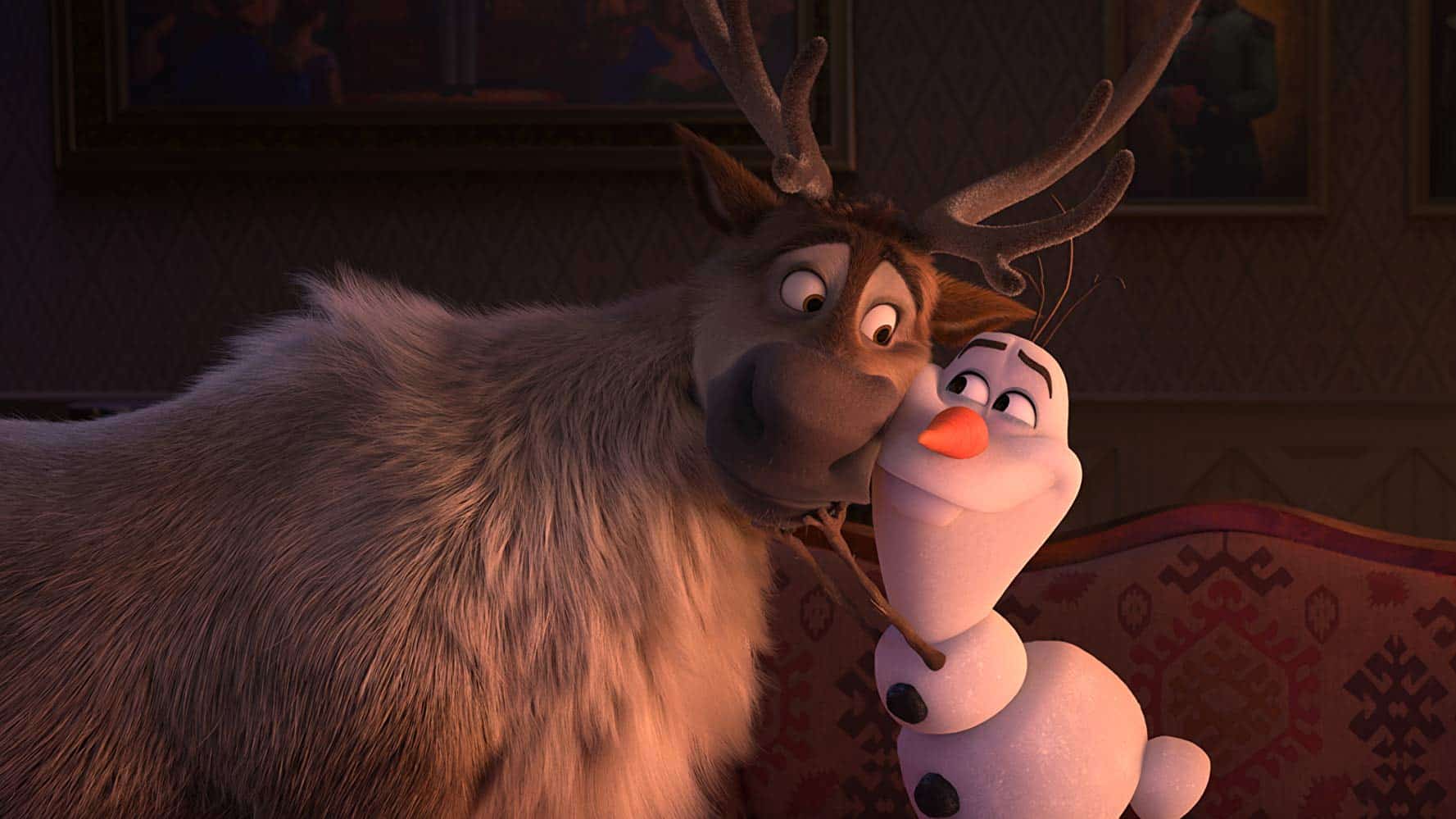 If you weren’t a fan of Olaf in the first one, Josh Gad is ever so slightly more annoying here, but there are several moments involving the character that work.

Songs of the North: Music is arguably an even bigger part of Frozen 2 than the first one. Songwriting team Kristen and Robert Anderson-Lopez return from the first film, alongside composer Christophe Beck. The songs are a mixed bag: some are good and others feel somewhat derivative. The big number “Into the Unknown”, which is pitched as this movie’s “Let It Go”, can’t help but feel like inherently less than “Let It Go”. Thematically, it is the ‘refusal of the call’ stage of the archetypical Hero’s Journey in song form. It does feature a good use of countermelody, with Norwegian singer Aurora giving voice to the mysterious entity that calls out to Elsa.

The filmmakers seem to have realised how woefully underused Broadway star Jonathan Groff’s singing voice was in the first film, and as such have given Kristoff more songs. He gets what is arguably the film’s best number, “Lost in the Woods”, a playful riff on 80s-90s boyband ballads that is reminiscent of Peter Cetera’s “Glory of Love” and “You’re the Inspiration”.

The haunting lullaby “All is Found”, performed by Evan Rachel Wood, is analogous to “Frozen Heart” from the first film. It conveys a sense of foreboding but is also an emotional anchor to the piece.

The end credits feature pop versions of the film’s big songs: Panic! At the Disco sings “Into the Unknown”, Kacey Musgraves sings “All is Found” and Weezer sings “Lost in the Woods”. Brendon Urie’s famous four-octave rage gets showcased nicely in “Into the Unknown”.

Nordic Lore: There’s an authenticity to Frozen 2, which is respectful of the Nordic culture that is its inspiration. The filmmakers were unable to take the customary research trips for the first film, but made it a point to visit Iceland, Finland and Norway during pre-production on Frozen 2. One of the most interesting elements of Frozen 2 is itself an elemental, an entity called the Nokk that takes the form of a horse and with which Elsa has a dramatic encounter. The contrast between the fairytale-like Norway and the ancient, mythic Iceland is meant to represent the difference between Anna and Elsa.

Recommended?  Yes. Part of what’s interesting about Frozen 2 is the battle between being its own thing and being the sequel to Frozen, and the filmmakers have mostly struck a good balance here. Stick around for a post-credits scene.