Don’t you just hate it when decent, honest, hardworking people fall victim to a cruel twist of fate? In this horror flick, a band of decent, honest, hardworking kidnappers get more than they bargained for after they unwittingly abduct the host of a powerful demon. Hazel (Vinson) leads a team of criminals including her boyfriend Ade (Ward), Ade’s cousin James (Gerdener), and Mark (Ventura). Over six weeks, they plan the kidnapping of Katherine (Burchell), the teenage daughter of a wealthy couple, demanding that the ransom be paid in diamonds. Alas, what was meant to be an easy job turns out to be anything but, when the demon that has possessed Katherine wreaks havoc. Hazel and her cohorts must face their deepest, darkest fears, made manifest by the demon’s power, as the tables are turned and the criminals become the victims. 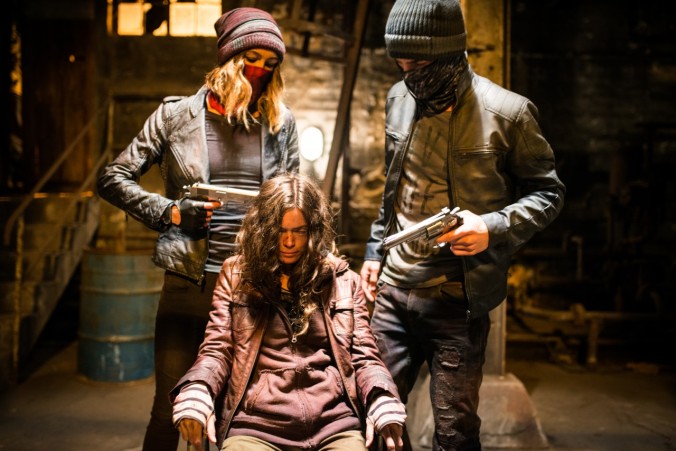 From a House on Willow Street has a rather novel premise: mash up the home invasion thriller and supernatural horror subgenres to deliver twice the tension. While director Alastair Orr displays an affinity for the horror genre, the execution here leaves quite a bit to be desired. The back-story is conveyed through clunky exposition, and the audience is fed a lot of information about the history of the titular house at one go. Things get tedious rather than suspenseful, such that this feels longer than its 87 minutes. 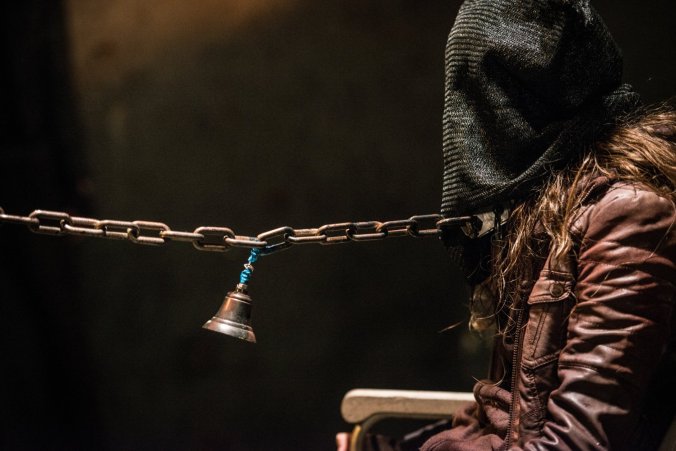 Even though there is an effort made to humanise our protagonists, they’re still largely unlikeable by dint of being career criminals. Then there are the shocks, which are almost all basic jump scares of the “there’s nobody behind you, THEN THERE’S SOMEBODY BEHIND YOU!” variety. Out of all the scares, the most effective is probably a relatively lo-fi gag involving a framed portrait that transforms when one looks away from it.

There is a large amount of appropriately gruesome makeup effects on display, created by South African studio Dreamsmith. Jaco Snyman, who supervised the creature effects, has worked on films such as Mad Max: Fury Road and District 9. If gory, ghoulish figures stalking our ‘heroes’ are what you’re after, From a House on Willow Street has plenty of that. Orr wisely doesn’t overuse computer-generated effects, with the barbed, slimy tongue-like appendage that emanates from Katherine’s mouth looking just as disgusting as that description sounds.

Australian actress Vinson is building her ‘scream queen’ repertoire, after starring in the hit horror film You’re Next. She gives the role her best shot, summoning the toughness that Hazel should exhibit, but is saddled with poorly-written dialogue. The relationships between the four members of Hazel’s crew are roughly defined. Just as in many home invasion thrillers, the people doing the invading are constantly at each other’s throats. Everyone has a tragic backstory that is exploited by the demon, but the bloodied and maimed ghosts popping up throughout the movie lose their frightening effect because of how repetitive things get. 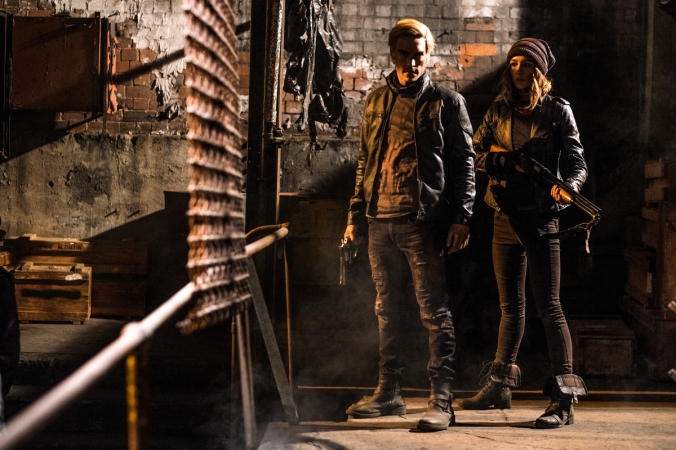 From a House on Willow Street has decent makeup effects and is competently shot, but its potential is gradually eroded thanks to director Orr falling back on too many tried and tested genre tricks. The film relies on the soundtrack lunging at the audience repeatedly, and while the jump scares provide a few jolts to start with, they soon become predictable.

Summary: This horror film promises a different spin on things with its kidnap plot set-up, but ends up falling back on genre devices we’ve all seen before. Star Sharni Vinson and some grisly special effects makeup work barely lift it above mediocrity.