Few movies come with more baggage than Fifty Shades Of Grey. The bestselling book on which it’s based has been criticised for everything under the sun: destroying literature, shaming women, and completely bungling the portrayal of the sexual practice known as BDSM. The film itself, though outfitted with a female director (Sam Taylor-Johnson) and writer (Kelly Marcel), has come under fire from various women’s rights and religious groups, all pleading for it to be boycotted upon release. Articles about how stars Jamie Dornan and Dakota Johnson can’t stand each other have gone viral. It’s hard for any movie to struggle free of so much controversy, but you have to give the filmmakers credit for trying. The final film isn’t, strictly speaking, very good, but – in doing away with some of the more odious elements of the book – becomes surprisingly watchable. 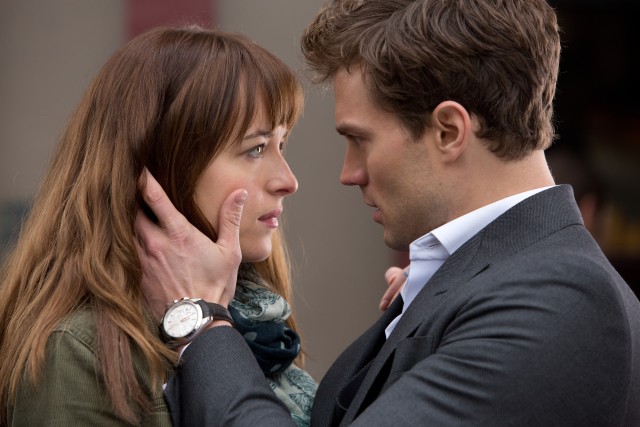 One fateful day, literature student Anastasia Steele (Johnson) takes the place of her sick friend to interview up-and-coming young billionaire Christian Grey (Dornan). They’re instantly drawn to each other: Ana can’t stop thinking about him, and Christian can’t stop himself from seeking her out. But it soon becomes clear that their relationship won’t be, as Ana hopes, a “normal” one. Keeping himself at an emotional distance, Christian reveals that he would like Ana to consider an unusual sexual request: he wants her to consent to be his submissive, to allow him to control everything about their physical relationship within the walls of his “playroom”.

There are a few things that do work about the film. In the book, the character of Ana feels trapped – not just in an unbalanced relationship with a creepy guy, but by E.L. James’ awkward and frequently laughable prose. Shorn of an inner monologue about her sexual awakening that’s liberally peppered with phrases like “Oh my”, “Holy cow”, and “inner goddess”, Ana actually becomes a welcome focal point for the movie. She may be enormously and dangerously drawn to Christian, but she also seems to maintain a fairly strong sense of self – she constantly questions why their relationship needs to be precisely as he dictates, without any concessions to the way she would like things to be.

As a result, Fifty Shades Of Grey plays out with a little more romance and feminism than you might expect. It’s here that Taylor-Johnson and Marcel’s influence on the film really asserts itself. There’s an occasional burst of fizzy humour in the way in which Ana and Christian interact, particularly when they are (literally) negotiating the terms of Ana’s sexual contract in his icily professional meeting room. Ana is the one with the upper hand in this scene, and many others – she’s guarding rather than giving up her freedom. After all, as some have argued in defense of Fifty Shades Of Grey, Ana has every right to decide how she wants to be treated in the bedroom – even if that means having her hands tied up above her head and being spanked when she disobeys a direct command. 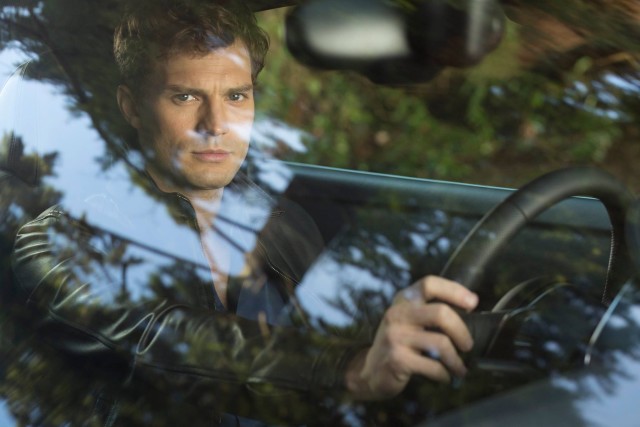 There’s also the rather troubling problem of Christian Grey. Try as she might, Taylor-Johnson can’t completely excise or explain away the more questionable aspects of his character. It’s in the book, after all, and so it’s replicated – rather unfortunately – in the film. Christian’s intensely specific demands are meant to be rooted in his difficult childhood, but the psychology breaks down after a point. In the second half of the film, especially, Christian feels less like a dangerous romantic prospect than a worryingly obsessive stalker. He turns up in Ana’s home after she’s placed plenty of distance between them, and sends her a flurry of desperate e-mails demanding that she look over her contract.

This is the film that will make – or possibly break – the careers of its two lead actors, both relative unknowns who are now, for better or worse, enormous movie stars. Johnson acquits herself very well: she lends Ana a tremulous charm but also a feisty spirit that suggests she won’t give in except when she really wants to. Everything about this film is a tough line to walk, particularly her character, but Johnson navigates her way quite effectively through her copious nude scenes and clunky dialogue.

Dornan doesn’t fare as well. Perhaps he was never really comfortable with what he’s called “heinous” sex scenes, but he’s an almost magnificently blank presence here – both in and out of the bedroom. He’s so stiff – and not in the naughty sense of the word – that he seems dead inside. That might be intentional, to some extent, given Christian’s stubbornly closed-off nature. But it means that he never quite conjures up the right chemistry with Johnson.

Apart from fans of the series (and even they had their doubts), there weren’t a lot of people expecting great, good or even mediocre things from Fifty Shades Of Grey. It seemed to be headed for horror: a dreadful adaptation of a dreadful book, an offensive joke played on the world at large. Well, it’s not quite as bad as that. The film is problematic and unforgivably dull in parts, given its subject matter, but anyone turned off by the very thought of it might find themselves surprised by how watchable it is (most of the time, anyway). It’s certainly a better adaptation than the book deserves – and that’s really a minor miracle for a film struggling beneath the weight of so much controversy.

Summary: Fifty shades of dull, though not as dreadful as you’d expect.