Big wheels keep on turning, the rubber keeps on burning and Dominic Toretto (Diesel) and his crew are rolling, rolling, rolling down the road in the seventh instalment of the Fast and Furious franchise. Dom and his “family”, comprising Brian (Walker), Letty (Rodriguez), Tej (Ludacris) and Roman (Gibson) have been pardoned for their crimes in the previous films. Now, they’re sent hurtling back into their dangerous, high-speed existence when the lethal Deckard Shaw (Statham), looking to make the crew pay for almost killing his brother Owen, comes calling. With the assistance of spymaster “Mr. Nobody” (Russell) and Special Agent Hobbs (Johnson) of the Diplomatic Security Service, Dom and co. ride for their lives, this adventure taking them from L.A. to Azerbaijan to Abu Dhabi and back. 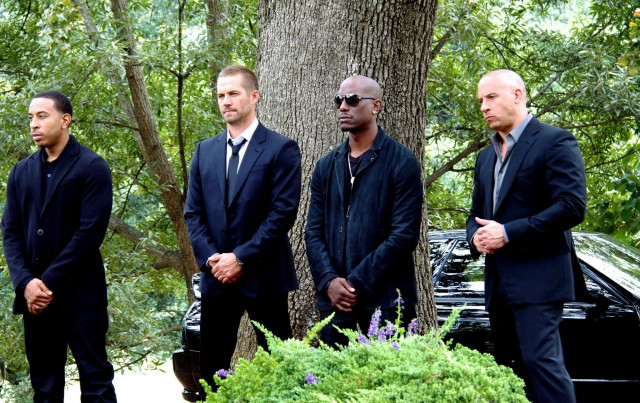 We’ll get straight to the point – the untimely passing of star Paul Walker has cast a dark pall over a franchise built on pure escapism. What should have been yet another fist-pumping, all-out action spectacular is now a bittersweet affair. Director James Wan, taking the baton from Justin Lin, has managed to create a flick where the audience is reassured up front that it’s okay to have fun, it’s okay to just go along for the ride – and yet Brian O’Conner’s exit from the series is handled with as much grace and sincerity as the series can muster. The film displays a level of self-awareness – early on, Brian tells his young son Jack that “cars don’t fly”. Later in the film, they absolutely do fly. Screenwriter Chris Morgan supplies dialogue that is as overripe and clichéd as ever and yet, there is an undeniable charm to it all. Surprisingly, the 140 minute run time passes at a decent clip.

There’s something that makes this franchise very different from the Transformers movies, even though they are aimed at exactly the same demographic and contain cool automobiles, explosions and leery shots of scantily-clad women. There’s an earnestness here as opposed to the cynicism that pervades the Transformers films. This is movie #7 and yet there’s the sense that all involved are still invested and are determined not to phone it in, embracing the over-the-top stunts with all they’ve got.

Wan must’ve broken out in hives trying to devise vehicular set-pieces that would top those of Fast & Furious 6, which involved a tank and a massive cargo plane. Here, we have cars inserted into a treacherous mountain pass via air drop, a Lykan Hypersport sailing out a skyscraper window and crashing into the adjacent building, and a finale in which our heroes are pursued by a stealth attack helicopter and a souped-up Predator drone. Props go to second unit director and stunt coordinator Jack Gill for putting it all together – those cars were dropped out of a plane for real. Unfortunately, as adrenaline-pumping as these signature sequences still are, there is a conspicuous increase in the reliance on computer-generated imagery, especially for the Etihad Towers jump and the helicopter attack. The scenes in which Paul Walker is digitally doubled also stick out. It’s not enough to pull one out of it completely, but it does lack polish. 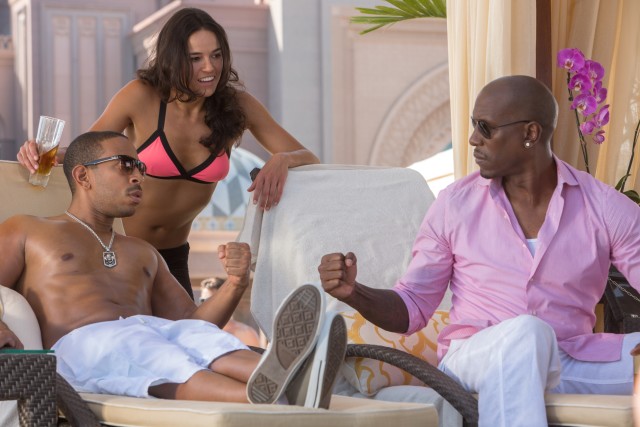 For all of screenwriter Morgan’s unsubtlety, he’s done a fine job of distributing the spotlight among the ensemble cast. The moments of pathos are cheesy – Michelle Rodriguez’s Letty is still coping with her amnesia – but all parties involved know that’s not why the audience is present. Even then, the loss experienced by the crew following the deaths of Gisele and Han in #6 is palpable and does lend the proceedings an emotional backbone, however slight. The film serves a great swansong for Walker; he gets to go mano a mano with Tony Jaa in two blistering martial arts showdowns. Ludacris and Tyrese Gibson continue to have amiable chemistry as the constantly bickering Tej and Roman, but Tyrese’s comic asides border on the excessive here. 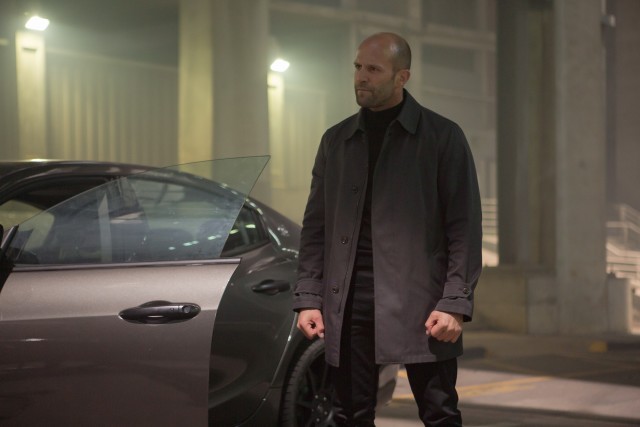 Jason Statham is a fittingly intimidating villain, essentially Frank Martin from the Transporter series if he had no moral compunction whatsoever. There’s a nice appearance by Djimon Hounsou as a secondary baddie even though the character doesn’t do much. Dwayne Johnson revels in the exaggerated action hero persona the material presents him with, trucking out one-liners like “you’re about to dance with the devil, boy” and “I’m gonna put a hurt on him so hard, he’ll wish his mother kept her legs closed.” Ronda Rousey shows up as a bodyguard to furnish the requisite catfight with Michelle Rodriguez, a role fulfilled by fellow MMA fighter Gina Carano in the previous film. The show is well and truly stolen by Kurt Russell. The 80s action icon has still got it and looks like he’s having a ball. When he slips on the night-vision shades and draws twin pistols to get in on the fun himself, prepare to cheer. 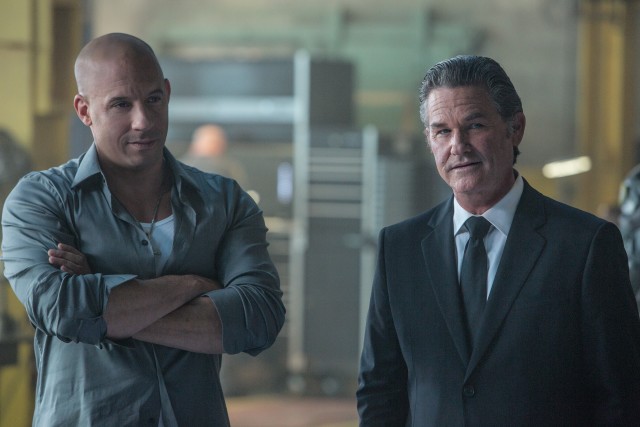 As film critics, we hear the “it’s not meant to be Oscar-worthy high art” defence a whole lot. Well, for the Fast and Furious films, especially #5 onwards, it applies. We’re not about to give the cheesy dialogue and sometimes-intrusive visual effects work a free pass, but Wan makes sure it all comes together nicely and delivers what was promised – a really good time for action junkies. In addition, the director shoulders the responsibility of fashioning this loud, brash extravaganza into an emotional send-off for its recently-deceased star. Vin Diesel has been open about how truly distraught Walker’s death left him and we do see some of that laid bare on the screen. We’re not ashamed to say we were left misty-eyed and in that respect, Wan has succeeded. There are no stinger scenes during or after the end credits and while this does seem like a great place to call it a day, Universal is intent on doing at least three more. Better to ride off into the sunset while you’re ahead, but that’s not how studios work, we suppose.

Summary: The spectacle is as bombastic as ever and the laws of physics are as irrelevant as ever; the series continuing to entertain. Fast & Furious 7 also manages to provide some genuine heart amidst all that cheese, bidding a fond farewell to Paul Walker.