Change is coming, whether we like it or not, with Marvel’s original superhero team getting a do-over in this reboot. Reed Richards (Teller) is a brilliant young misfit who has spent most of his life tinkering away on a teleportation device. Nobody really gets him, except for his best friend Ben Grimm (Bell). Dr. Franklin Storm (Cathey) sees the potential in Reed and awards him a scholarship to the Baxter Institute. There, he gets to work alongside Dr. Storm’s daughter Sue (Mara) and disgruntled genius Victor Von Doom (Kebbell) on a scaled-up version of his experiment. Dr. Storm enlists his hot-headed son Johnny (Jordan) to help out. Together, they crack the code to inter-dimensional travel. A journey to the alternate dimension, code-named “Planet Zero”, alters their physical forms in unfathomable ways. Reed, Sue, Johnny and Ben must learn to use their newfound abilities for good and defend the earth from Victor, who has become the monstrous villain Doom. 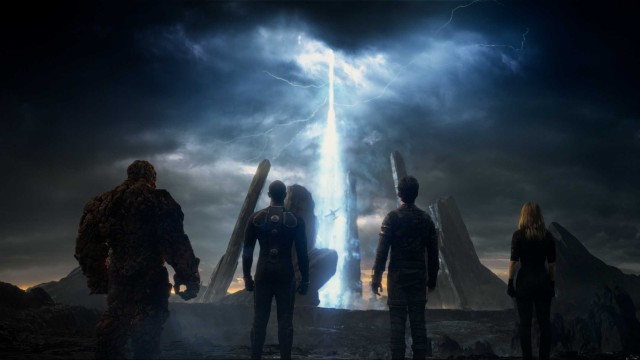 The first two theatrically-released Fantastic Four movies are generally regarded as goofy, disposable fluff – silly and cringe-worthy but not outright disasters. Therefore, it makes sense that director Josh Trank of Chronicle fame wanted to steer the Fantastic Four in a more credible direction. Here’s the thing: the Fantastic Four are inherently goofy – and that’s fine! They’re a dysfunctional sitcom family with superpowers and it’s right there in the title – “fantastic”. This take seems to want to be as mundane as possible. We’ve arrived at a point where comic book movies no longer need to be embarrassed of their roots, and films of this subgenre have achieved considerable success by embracing the source material and being smart with how they go about adapting the comics. Fantastic Four tries to reject the silliness but becomes all the sillier in spite of this. This is not an uneventful film, but it feels like one. It lacks the crucial element of escapism and entertainment a movie of this kind needs, the buzz-words of “serious” and “grounded” be damned. 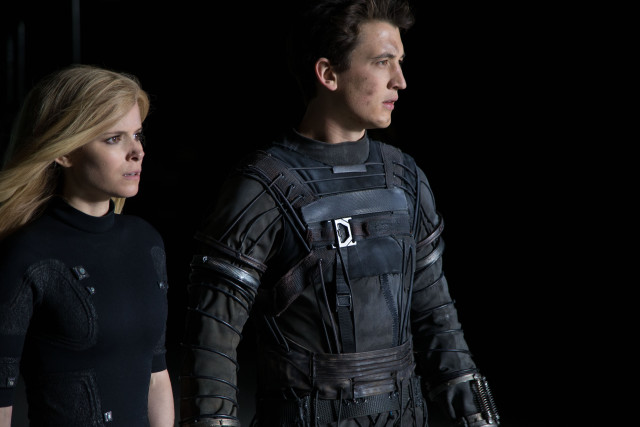 What is even more frustrating is that the film does not fall flat on its face in abject failure. There are aspects that work and that are intriguing. The screenplay by Simon Kinberg, Jeremy Slater and Trank is formulaic, but attempts to give its titular characters a fair bit of character development and have them become more than cartoon characters. Unfortunately, all the exposition makes this seem tedious rather than credible. Also, the visuals are extremely underwhelming. Following the logic that the team’s outfits are “containment suits” rather than superhero costumes, they look very dull. Reed’s suit is supposed to have a homemade feel to it, but that doesn’t the slinkies on his arms and legs any less ridiculous. Planet Zero feels like a walk-through attraction at a theme park rather than an immersive, treacherous landscape. The Thing doesn’t wear pants. We’ve all heard the jokes, but it does seem like it would’ve been really easy for Trank to avoid the ridicule aimed at this aspect by just giving him pants. Dr. Doom probably suffers the most, looking like he’s covered in glowing gangrene and sporting a comically oversized hood. Many people have left the theatre after a superhero film thinking it would be really cool to own a collectible figure or statue of the characters as they appear in that film. It’s safe to say pretty much nobody will leave Fantastic Four thinking that. 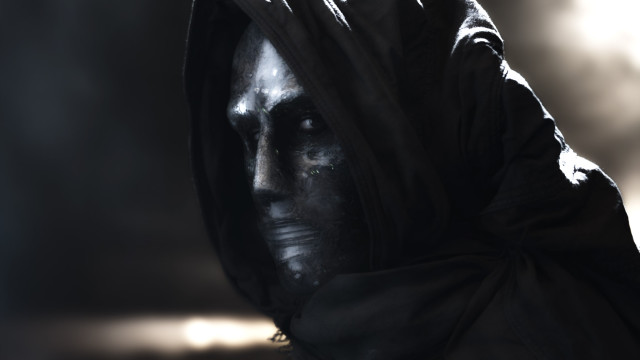 One of the biggest aspects of this reboot that fans seized on was the cast. Nobody really resembled their comic book counterparts and on the whole, everyone just looked too young. To this reviewer’s surprise, the cast wasn’t too much of an issue. As an origin tale, perhaps it doesn’t hurt that they’re all a little younger. It may be a serious take on the whole, but there are still nice moments of levity when the team members are together. Miles Teller’s Reed is appropriately awkward and nerdy, just like Reed is in the comics. Kate Mara makes for a far more credible scientist than Jessica Alba did. The change of Johnny Storm’s ethnicity really wasn’t much of a sticking point for this reviewer, beyond feeling like an alteration merely for the sake of political correctness. Michael B. Jordan’s Johnny is impulsive and showy, but not to an annoying extent. 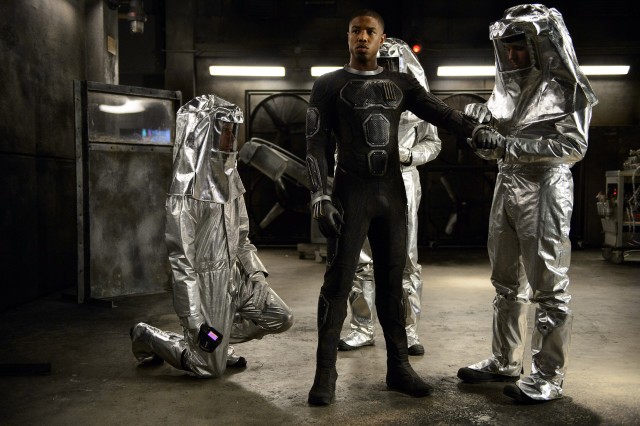 The casting that really doesn’t work is Jamie Bell as Ben Grimm. We can’t wrap our heads around how anyone looked at Billy Elliot/Tintin and said “there’s our resident big guy”. Apparently, he was cast because he’s the physical opposite of The Thing, which is kind of missing the point of the character, but that’s not Bell’s fault. Reg E. Cathey, a younger and more affordable Morgan Freeman, is a competent Obi-Wan-style mentor figure. Toby Kebbell’s Victor Von Doom barely makes an impact, which is a shame considering how compelling a villain he was as Koba in Dawn of the Planet of the Apes.

Marvel Studios has been churning out superhero blockbusters that have generally been well-received by both fans and critics and have managed to be upbeat on the whole while still packing in sufficient emotion and some depth. Fox wants to hang on to the film rights for the Fantastic Four – that’s the primary purpose this film was made and nobody is going to be fooled into thinking otherwise. We all know it – the property would be handled better at Marvel/Disney. It’s been said before but it bears repeating: The Incredibles is likely the best Fantastic Four movie we’re ever going to get. To go a little more recent, Big Hero 6 did the “science-loving pals become a superhero team” thing with more panache as well. This version is not terribly made, it has its moments and the cast does have pleasant chemistry with one another, but it’s still very much a disappointment.

Summary: This take on the Fantastic Four wants desperately to be regarded seriously, and for the most part, fails. That should’ve been a four-gone conclusion. 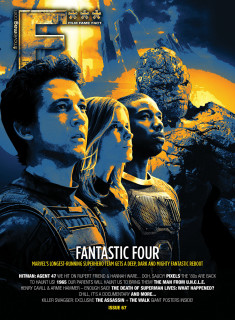