In a lot of ways, you’ve seen it all before. Earth To Echo lifts the plot from E.T. (an extraterrestrial being enlists the help of ordinary kids to find his way home), scrounges up its characters from any number of coming-of-age films, and shoots it all in the found-footage format that has become all the rage in recent years. The story is simple and predictable, the outcome hardly ever in doubt. And yet, Earth To Echo conjures up a unique charm of its own, finding plenty of heart and humour in the friendships between a trio of small boys teetering on the brink of growing up. 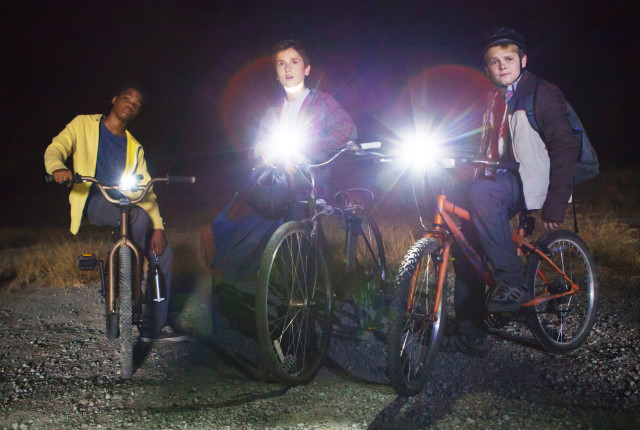 The film opens in a perfectly ordinary suburban neighbourhood in America, one that’s about to be levelled for the construction of a brand new highway. This does not sit well, of course, with a trio of best buddies who must move away from one another: cocky, camera-crazy Tuck (Bradley); sensitive foster child Alex (Halm); and nervous, earnest Munch (Hartwig). The day before the moving trucks arrive, the boys decide to investigate a mystery: their phones have been scrambled with what looks like a map. Their discovery brings them a new friend – the pining Echo of the film’s title – but also a host of stern, unwavering adults determined to keep Echo grounded.

It’s not much of a plot, and Earth To Echo marches forward with near-resolute predictability. There’s a scared kid who wants to turn back (Munch), an argument threatens to break up a friendship (Tuck leaves Alex behind at a crucial point, which touches a sore nerve), they pick up a fourth wheel in the form of feisty Emma (Ella Wahlestedt). Some of the messages suggested in the havoc and chaos of the film, especially when Echo’s enemies on Earth draw closer, are a little murky. Not one of the adults comes across as a fully-rounded character: they’re played either as outright villains or peripheral comic relief. 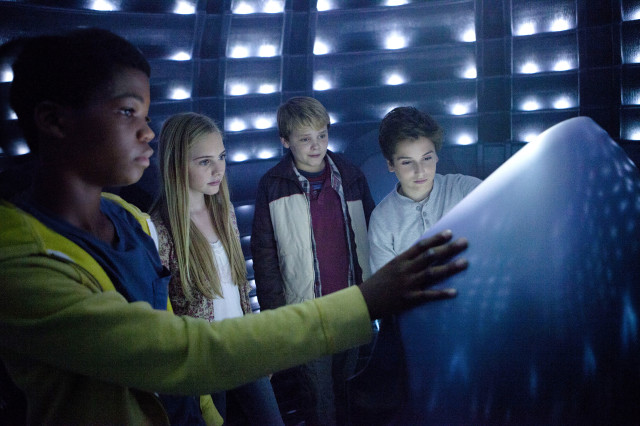 That being said, there’s an undeniable spark of life to the film, one shaded with the electric charge and colour of childhood: a time when friends made are friends made for life, and moral choices come in far fewer shades of grey. Viewed through the eyes of its young protagonists – and their counterparts in the audience – the film is a rollicking joy-ride, bursting with energy and packed with thrilling action beats. Echo, too, is wonderfully designed, a tiny, adorable bundle of metallic beeps and chirps. The found-footage approach gets a little belaboured by the end, switching perspectives from spy-cam to security footage, but it also allows intimate, cheeky access to this little band of brothers.

The film rests quite squarely upon the shoulders of its young actors, and they are very good indeed. In fact, they seem almost perfectly at home in front of the various cameras, their banter so natural that it feels improvised rather than scripted. Halm shines as brooding heartthrob-in-the-making Alex, his personal history bonding him almost instantly with poor, lonely Echo. Bradley is all swagger, his bossiness barely concealing the almost casual neglect he suffers at home. The real standout, however, is Hartwig, who invests Munch with a big, quaking heart: he brings to vivid life a little boy who would ordinarily be the butt of many a playground joke, but who, alongside his best buddies, gets to be something of a hero here. 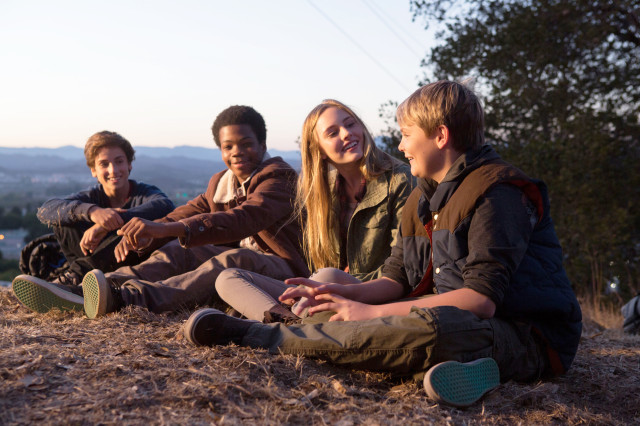 There’s no denying that Earth To Echo will feel terribly familiar in parts, and painfully predictable in others. But it’s a film that manages to charm and surprise in spite of itself: the characters are lively, the story engaging, and the special effects far better than some earlier scenes would suggest. It operates with plenty of modern trappings – each kid has a smartphone, cameras are everywhere – but is really a sweet, old-fashioned story about the deep, magical friendships forged in the heart and fire of childhood.

Summary: A surprisingly sweet little sci-fi gem for the young and the young at heart.