Remember when the very concept of making a Deadpool movie was a risk that no sane person or studio would dare to undertake? That was just over two years ago. Defying naysayers and sceptics, Deadpool became a cultural phenomenon: a seriously silly, smart, self-aware comedy that merrily skewered the entire superhero movie genre (sometimes literally), while repeatedly shattering box-office records and the fourth wall. If you enjoyed Deadpool’s irresistible blend of satire, violence and irreverence, Deadpool 2 will be right up your alley. It’s more (literally much more) of the same – in a (mostly) good way: this is blithely rude, clever filmmaking, funny and fresh enough that you’ll be willing to forgive the movie its shortcomings.

Ryan Reynolds returns as Wade Wilson a.k.a. Deadpool – a super-dude (not quite a hero, almost certainly not a villain) blessed and cursed with the inability to die. When we meet Wade again, he is trying – and mostly failing – to come to terms with how his work as a mercenary endangers those whom he loves, particularly his girlfriend, Vanessa (Morena Baccarin). The tragedy of Deadpool – both the character and this film – is that his superpower can mend his body and his bones but, unfortunately, cannot put a broken heart back together again. 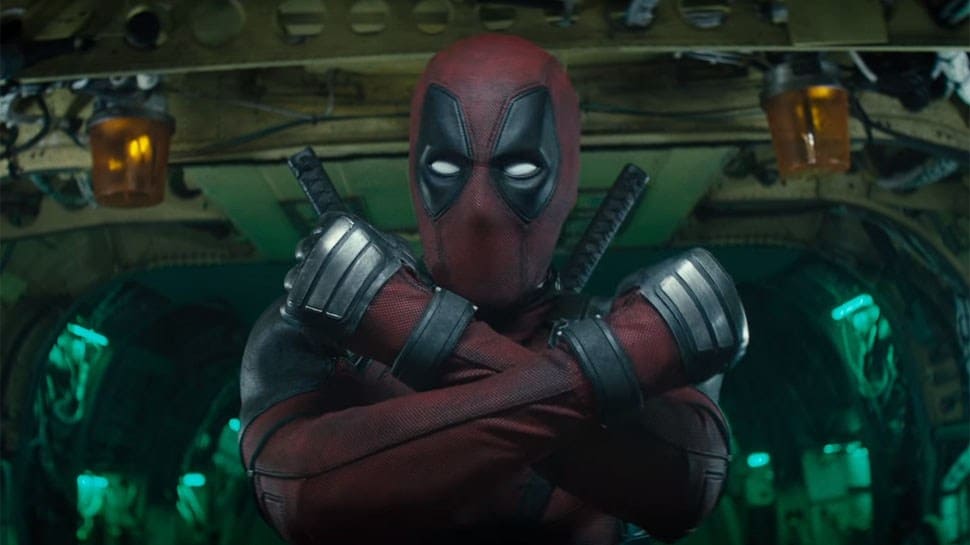 Not quite able to put himself out his misery, Wade keeps staggering through the land of the living. During a mission with some third-string X-Men, he encounters Russell (Julian Dennison), a troubled young man with a fiery temper. It’s a fateful meeting, for it sets Wade right in the path of Cable (Josh Brolin), a grim, grizzled bounty hunter who’s determined to take a life to change a future he cannot accept.

It may sound like a dismal experience, but it’s very much not. Deadpool 2 is easily one of the funniest, weirdest films you’ll see this year. Emboldened by the runaway success of its predecessor, this sequel dials up the wild, wacky humour to an almost overwhelming degree. Every frame of this film is crammed with jokes: from puns and pop-culture gags to sassy quips and meta references. This is story-telling by way of pastiche and spoof, which allows the film to flit from Celine Dion to ’80s cult classic Say Anything and back again. At one point, Deadpool even refers to Cable (grumpiness in half-man, half-machine form) as Thanos – a perfectly pointed nod to Brolin pulling double-duty as the huge-chinned purple antagonist in Marvel Studios’ Avengers: Infinity War.

The undeniable highlight of Deadpool 2 is Wade’s ill-advised attempt to stop Cable by creating X-Force, his own band of morally ambiguous super-powered individuals. Everything about this endeavour is hilarious: from selecting candidates like Terry Crews’ Bedlam and Rob Delaney’s schlubby Peter, to leaping into the great unknown with them on their very first mission. It allows for a brilliant sequence demonstrating how Domino (Zazie Beetz) gets by on her powers of extraordinary good luck, as well as a genius split-second cameo that works precisely because it’s so damn brief.

Not every joke lands, however – which is unsurprising considering how many are flung in the direction of audiences. There are several moments that are clearly meant to be hysterical but fall flat, which suggests that the script (credited to Rhett Reese, Paul Wernick and Reynolds) could have benefited from some judicious editing. An extended scene centred on Deadpool’s fairly gross regenerative abilities – let’s just say it involves a fresh pair of legs – goes on too long and belabours a joke that just barely works the first time around.

With a couple of exceptions, the film doesn’t manage to do justice to the supporting characters in Wade’s orbit. Beetz’s Domino may swagger through scenes as a human blast of cool, breezy fun, but lacks anything resembling a backstory or personality. Russell also feels more like a walking plot point than an actual human person – that’s a huge shame, considering the depth of Dennison’s talent (cf. Taika Waititi’s Hunt For The Wilderpeople). Even Brolin’s Cable doesn’t get much in the way of characterisation until the final act.

It’s a really good thing, then, that the movie manages to stick its surprisingly emotional landing. At every step of the way, this raucous, knockabout comedy chooses the giddy over the grave, the satire over the drama, the caricature over the character. And yet, there’s a genuine emotional darkness at the heart of Deadpool 2. The film doesn’t shy away from examining the demons that haunt Wade and Cable, which lends real weight to their choices when sh*t finally gets real and sacrifices have to be made. (In a manner that will delight fans of this pairing in the comics, by the way!)

There’s a palpable joy, as well, to Reynolds’ performance that is delightful to watch. His own love of the character shines through – and no doubt helped during the film’s troubled pre-production process, when creative differences prompted original Deadpool director Tim Miller to leave. (He was replaced by David Leitch, aptly referred to in the credits as ‘One of The Guys Who Killed The Dog in John Wick’.) Reynolds is wonderfully adept at the Looney Tunes-style comedy that peppers Deadpool 2, somehow managing to emote even through a mask that completely covers his face. But he also sells Wade’s heartbreaking connection to Vanessa, one that he spends the entire film desperate to recover.

At this point in the evolution of superhero movies, we’ve truly seen it all: from the gritty existentialism of The Dark Knight Rises to the soaring hope of Wonder Woman. Marvel Studios alone has produced a host of films in different genres: spy thrillers, political dramas, crime capers and more. But, in a day and age when special effects can accomplish the impossible, the Deadpool films still stand apart as something entirely different. There’s a giddy, unrestrained joy to them that recalls the wild, unchecked imagination of comic books – where anything can happen and nothing is off-limits. That Deadpool 2 manages to fold so much heart into its humour is icing on the cake.

Summary: So wildly funny and irreverent that you’ll forgive the film its flaws.