Three years on from the release of Rise of the Planet of the Apes, this reviewer is still impressed with how effective, intelligent, innovative and just plain good that reboot was. In this sequel, set ten years after the events of Rise, earth’s human population has dwindled at an alarming rate in the wake of a devastating “Simian flu” pandemic. Caesar the chimpanzee (Serkis) leads a flourishing shrewdness of apes, including his son Blue Eyes (Thurston) and his aggressive advisor Koba (Kebbell). The human remnant sequestered in what remains of San Francisco is headed by military man Dreyfus (Oldman). Malcolm (Clarke), one of the survivors in Dreyfus’ camp, forges a fragile alliance with Caesar in order to gain access to a hydroelectric dam to generate power for the human settlement. Caesar grows to accept Malcolm, his wife Ellie (Russell) and their son Alexander (Smit-McPhee). However, having been severely mistreated by humans while in captivity, Koba strongly disapproves of this arrangement and incites an explosive conflict between the apes and the humans. 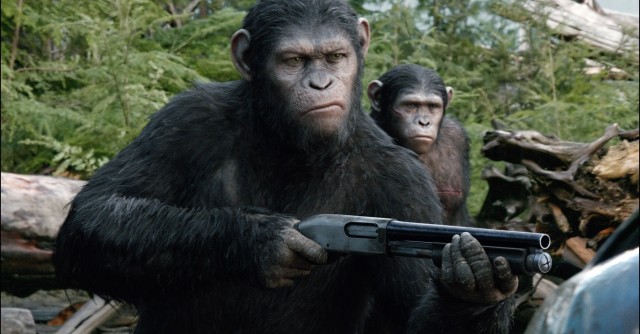 Dawn of the Planet of the Apes sees Matt Reeves of Cloverfield fame taking over the director’s chair from Rupert Wyatt, working from a screenplay by Rise scribes Rick Jaffa and Amanda Silver, with Mark Bomback. This is everything a good sequel should be, furthering the plot in a logical and intriguing direction without slavishly re-treading the story beats of its predecessor and without trying to be superficially “bigger and better” in terms of bombastic spectacle. Equal storytelling attention is given to the apes and the humans and the audience is fully able to buy into this world and accept each player in this story, be they human or computer-generated ape, as legitimate, well-formed characters. There’s a whole lot of meaningful character development going on and admirably enough, much of the conflict is derived from the characters’ individual nature instead of contrived circumstances. Despite the ten year time skip, there is still very strong connective tissue linking Dawn to Rise, building on the emotions generated from Caesar’s early years as depicted in the previous film. 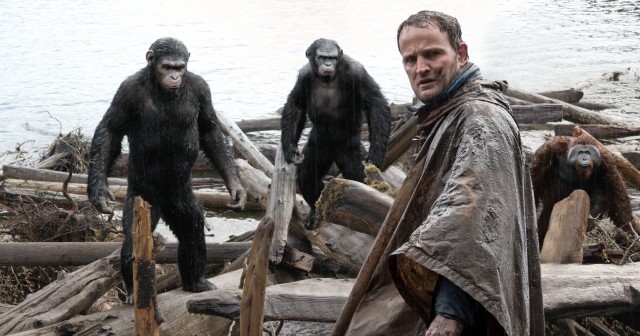 Of course, credit has to be given to visual effects supervisor Joe Letteri of Weta Digital. The many artists and technicians involved give vivid life to the performance capture work of actors like Andy Serkis and Toby Kebbell, applying their expressions and physicality to intricately-crafted CGI apes. The interaction between the apes amongst themselves, the apes and the environment and the apes and the live-action human actors is seamless. As impressive as the animation in Rise of the Planet of the Apes was, it is stepped up here, to the point that the film’s opening shot is a tight close-up of Caesar’s eyes – those eyes lifelike and actually acting. Serkis, Kebbell, Thurston and the other actors portraying the key apes all deserve praise for essaying these figures with such nuanced physicality, but the visual effects wizards carrying that baton to the finish line should be duly recognised as well. In Dawn, great acting and great effects go hand-in-paw to create not just creatures, but honest-to-goodness characters. 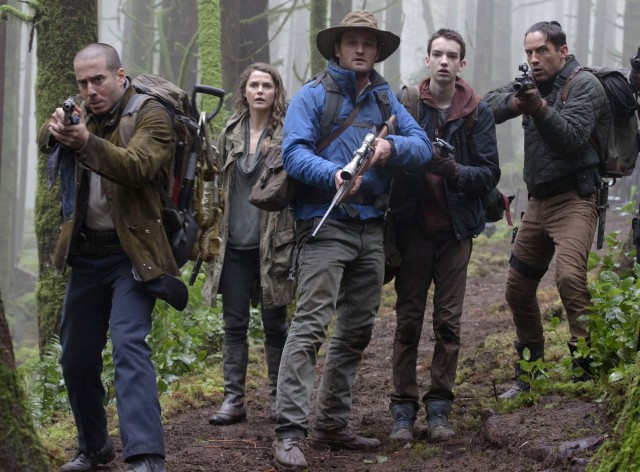 The human cast is our way in, and Jason Clarke, Keri Russell and Kodi Smit-McPhee are all convincing as the members of the family central to the story. The terseness between Malcolm and Caesar that eventually gives way to mutual respect and understanding but is always threatened by both apes and humans is played exceedingly well by both Clarke and Serkis. Gary Oldman’s role is not as big as the promotional material would have you believe, but he brings a heart-wrenching humanity to Dreyfus in addition to his signature explosive scenery-chewing (delivered in just the right amounts). 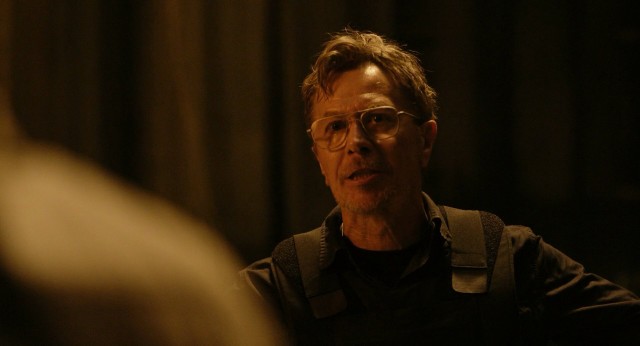 1968’s Planet of the Apes was a landmark achievement for being an entertaining film that also pushed the boundaries of filmmaking technique (particularly in terms of special effects makeup) and was very thought-provoking. Dawn of the Planet of the Apes is commendably similar in all those regards. There’s always been a silliness inherent in the premise, but following Rise, Dawn continues to effectively mitigate that. The film is unflinchingly brutal, even disturbing when it has to be but also articulates genuine emotion. It can be construed as anti-gun, interesting considering that the star of the original Planet of the Apes, the late Charlton Heston, was the president of the National Rifle Association. However, that is not where the focus lies – Dawn of the Planet of the Apes, like Rise before it, is a true character piece. Many summer blockbusters are touted as “character pieces” and that fools no one, but here is a film that intelligently and compellingly comments on prejudice and war while delivering the action flick goods and visual effects spectacle. A fine antidote to Transformers: Age of Extinction. 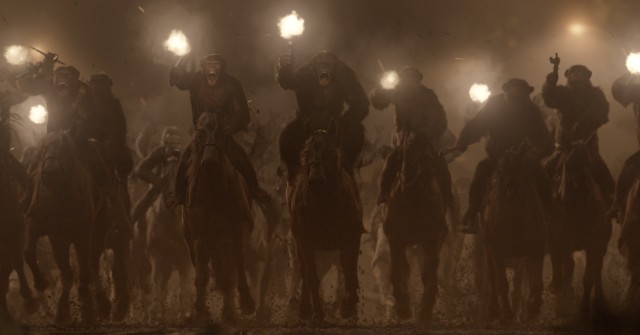 Summary: A new day is dawning, as the revitalised Planet of the Apes franchise marches onwards in just the right direction.