The Low-Down: In 1976, the television series Charlie’s Angels starring Farrah Fawcett, Kate Jackson and Jaclyn Smith premiered. The series ran for five years and underwent several cast changes, and the brand has remained a pop culture staple since then. The Angels landed on the big screen in a 2000 film starring Cameron Diaz, Lucy Liu and Drew Barrymore, which received a 2003 sequel. Following a short-lived 2011 TV revival, the Angels are back in cinemas with this new movie, which is couched as a continuation of the original TV series and the 2000s movies. 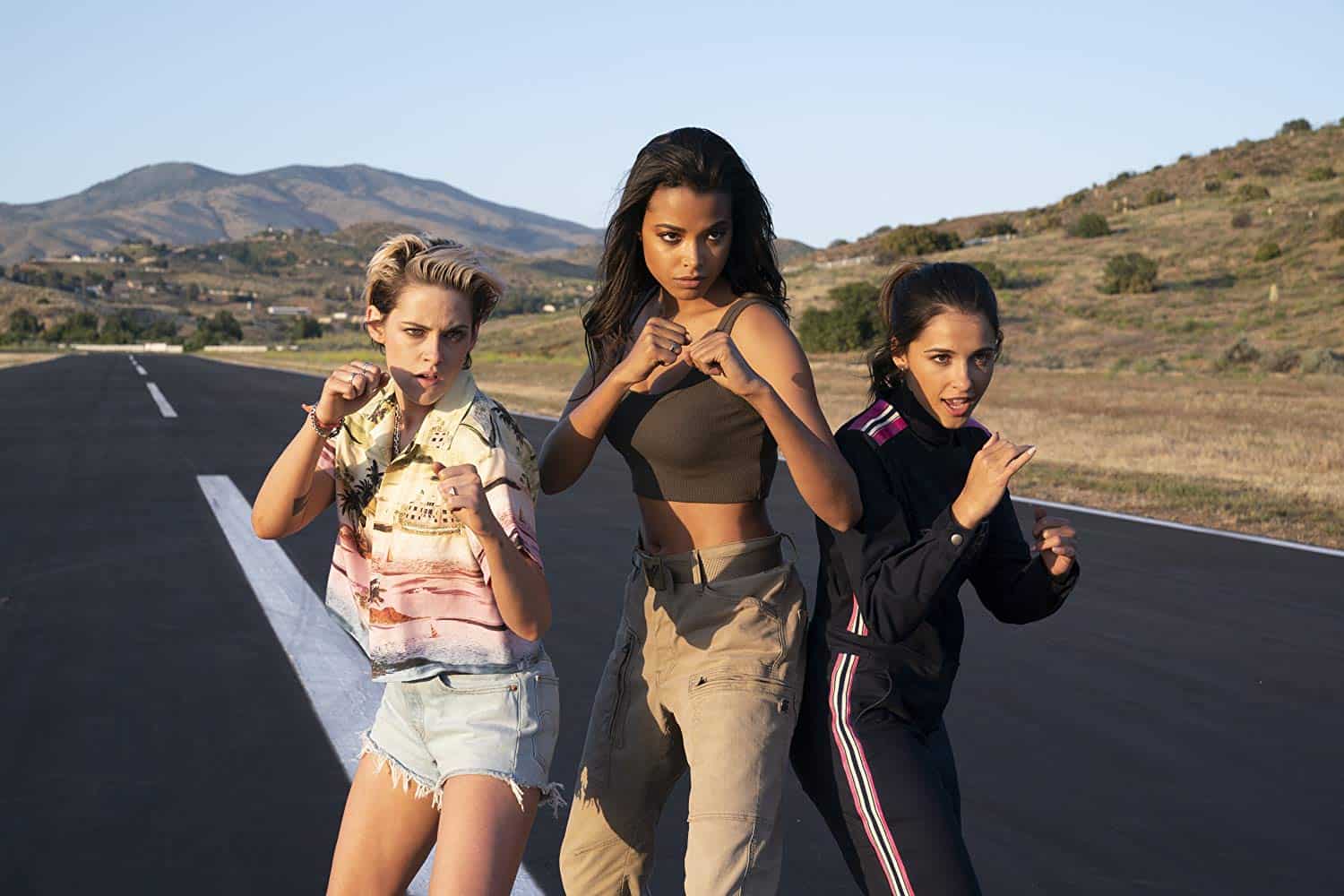 The Story:  Elena Houghlin (Naomi Scott) is a brilliant systems engineer working at Brok Industries on a project called Calisto. The alternative energy source can be repurposed as a weapon if it falls into the wrong hands. Sabina (Kristen Stewart) and Jane (Ella Balinska), operatives of a private intelligence outfit called the Townsend Agency, must protect Elena when she blows the whistle on Brok Industries. These agents are known as ‘Angels’ – their handler Susan Bosley (Elizabeth Banks) was formerly an Angel herself. The original Bosley (Patrick Stewart) is retiring after 40 years of recruiting and training Angels. Charlie (Robert Clotworthy), The unseen boss of the Townsend Agency, communicates through speakerphone. Elena decides she wants to join the Angels, and their mission to secure Calisto takes them from Germany to Turkey. 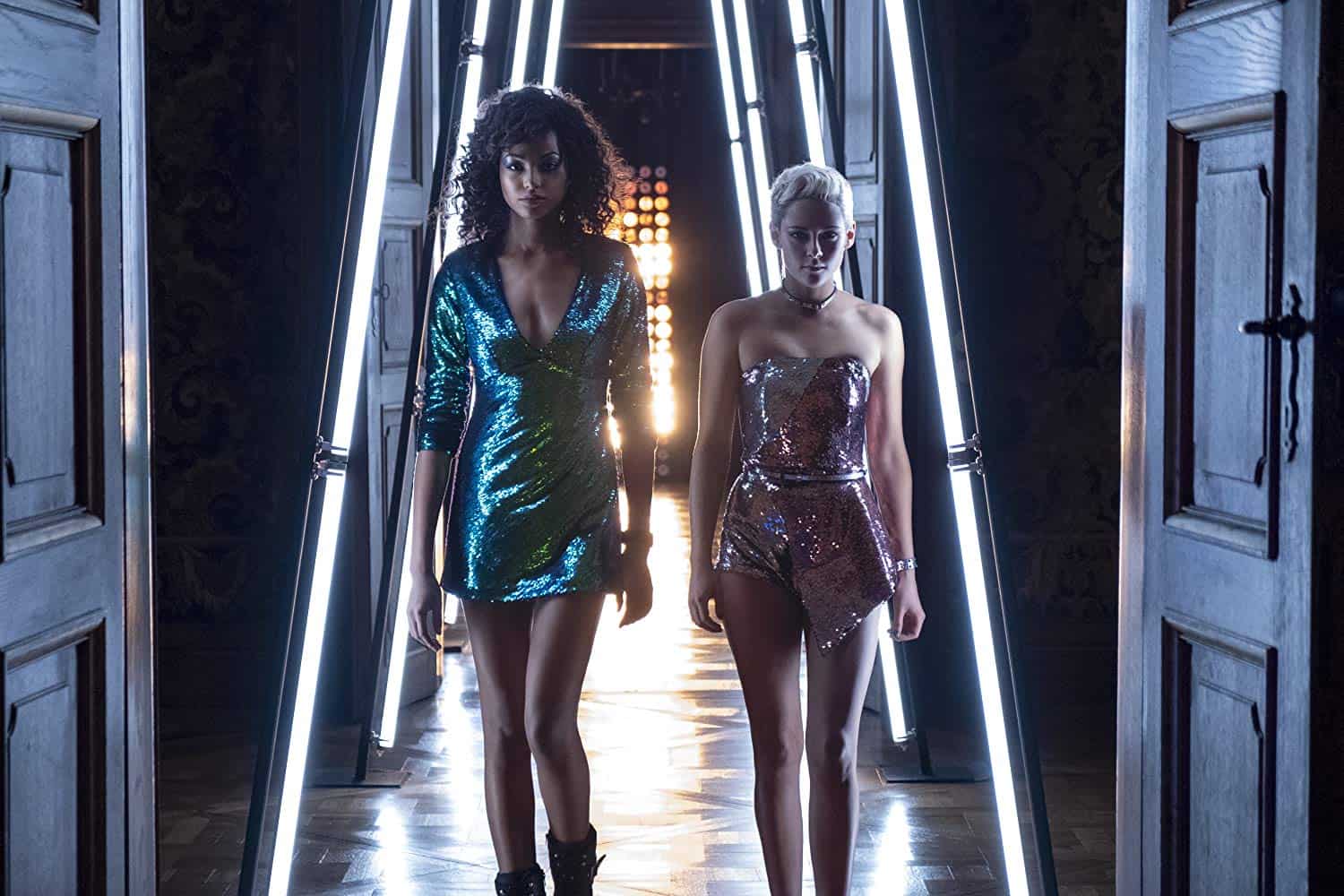 The Good: Banks set out to make a movie about women at work and this new take on Charlie’s Angels benefits from being a lot less male gaze driven and exploitative. Yes, the main characters are still stylish and sexy, but it’s clear that this is no longer for the primary benefit of the slavering men in the audience. 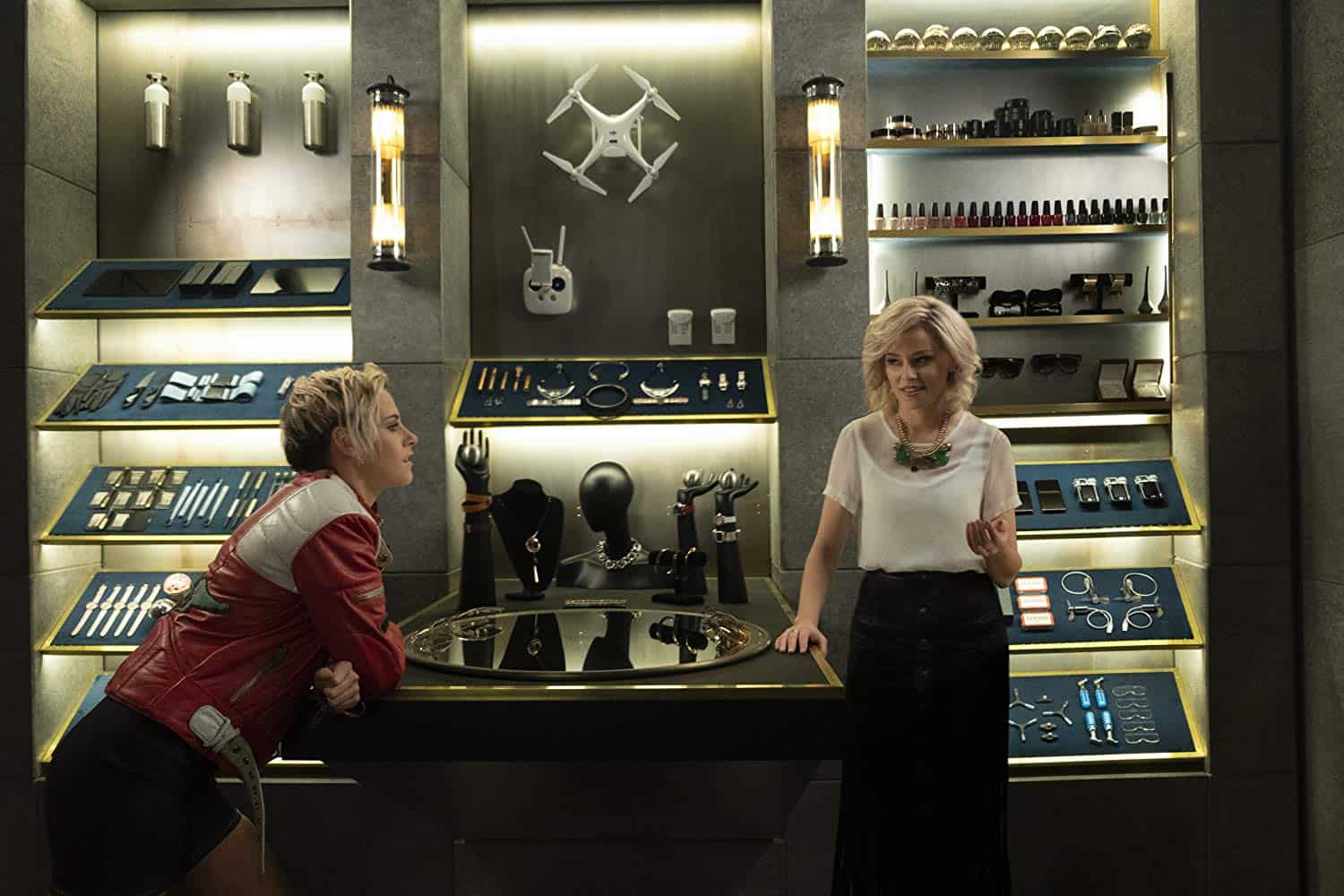 There are moments when each lead gets to shine, but it’s clear that Kristen Stewart is holding it all together. She’s never looked more at ease in a mainstream tentpole movie and has a lot of fun playing the resident wild child. Ella Balinska is statuesque and certainly looks like she could handle herself in a fight, while Naomi Scott’s Elena has an endearing fangirl quality to her while also being intelligent and capable.

One of the film’s best moments is a sequence in which the three Angels dress in identical disguises, confusing security guards at Brok Industries headquarters as they carry out a heist. Some design elements, especially the costumes by Kym Barrett, work quite well.

The Not-So-Good: Unfortunately, Charlie’s Angels just doesn’t feel like the big event it should be. A big screen revival of the franchise should be a brassy, celebratory affair, and this movie just feels too low-key. Much of the action comes off feeling like it belongs on TV – which isn’t quite fair to many TV shows that feature more elaborate action sequences. The hand-to-hand combat sequences are shot and edited too frenetically, while the big chases and shootouts feel perfunctory at best. 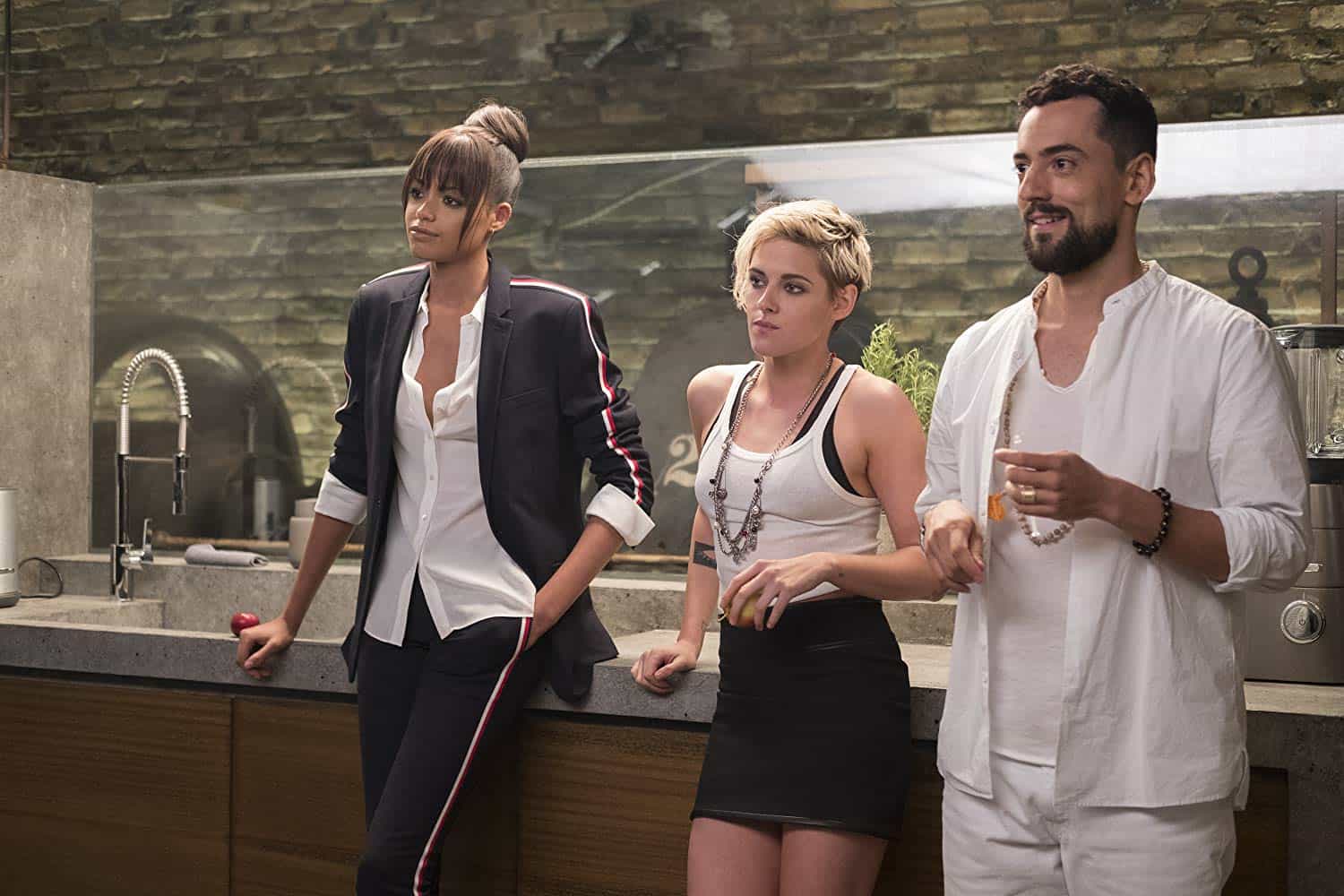 Some of the film’s attempts at humour fall flat. Stewart is saddled with several unfunny asides and one-liners that she makes work through sheer force of will. Instead of the standard tech guy or armourer, the Angels have the Saint (Luis Gerardo Méndez), a wellness guru who makes them kombucha and herbal compresses. It’s one joke that is drawn out a bit too long.

This is an unabashedly feminist take on the material, and while this franchise certainly could do with a woman’s perspective behind the camera, there are times when it all feels too clumsy. This is most notable during the opening credits montage, which looks like stock footage of girls from various parts of the world going about their day. Yes, the message is that women can do anything, but what they’re depicted doing in the movie is rarely impressive enough to be really inspiring, at least when compared against the typical action blockbuster. There clearly is an appetite for action, horror, sci-fi, fantasy and other genre movies that depict a woman’s point of view, and one hopes Charlie’s Angels paves the way for more to follow, but the film isn’t entertaining enough to support its messaging. 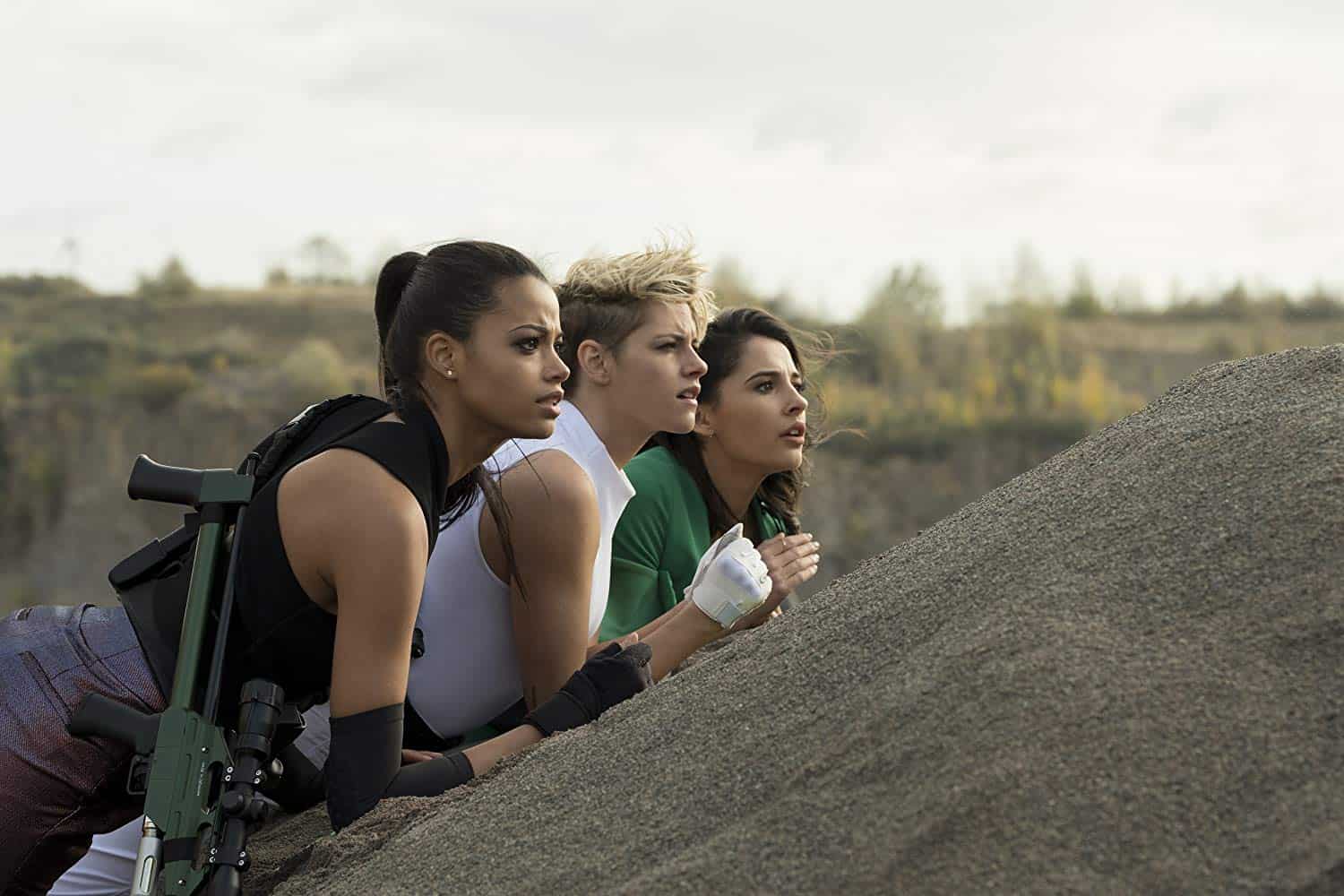 While Stewart is great and both Naomi Scott and Ella Balinska do have a degree of charisma, the trio just doesn’t have the same palpable chemistry that Diaz, Liu and Barrymore shared in the 2000s films. 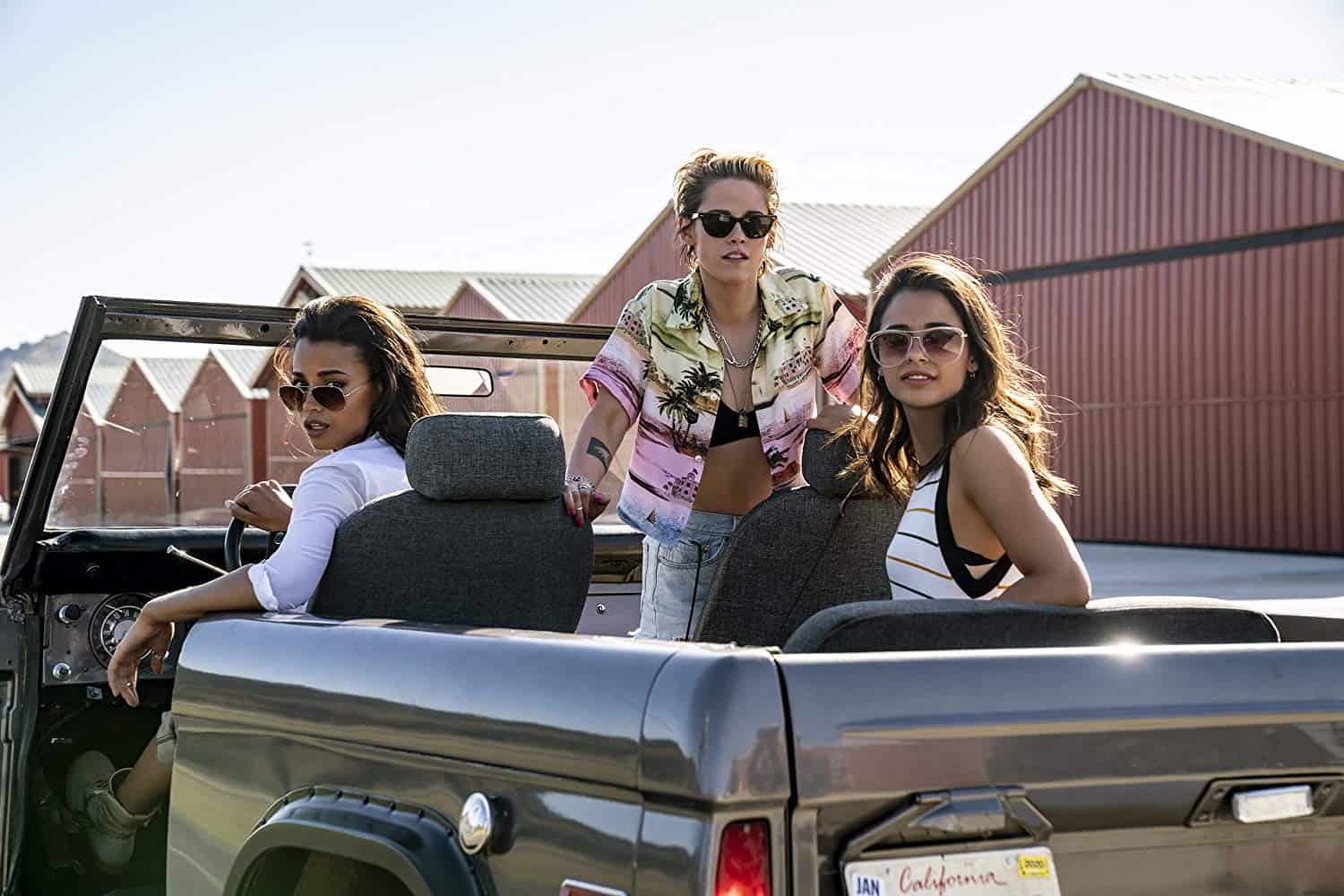 Clipped wings: The spy stuff in the plot is all very standard issue: there’s a MacGuffin which our heroes must prevent from falling into the wrong hands. Banks’ desire to keep things light and breezy means that there isn’t much in the way of real stakes. When the movie goes darker, like in a scene in which one of the leads is being physically tortured, it comes off as a bit jarring. Not every spy movie needs to have the stunts and spectacle of the Mission: Impossible films, but there’s also no reason that Charlie’s Angels shouldn’t aim for a similar level of thrills.

Recommended? Not really. We see what Banks is trying to do with the franchise and some of it is promising, but it all adds up to something that doesn’t quite make one want to punch the air and yell “the Angels are back!” Stay through the end credits for additional scenes that include a series of cameos.