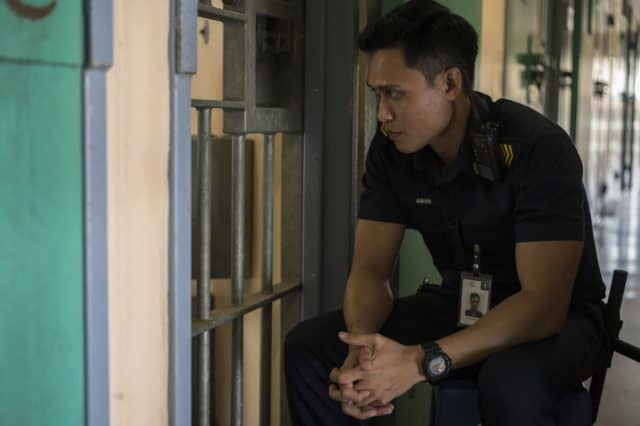 A Singapore/Germany/France/Hong Kong/Qatar co-production shot in Singapore and Australia, APPRENTICE concerns Aiman, a 28-year-old correctional officer who is transferred to a top security prison. Inside, he strikes up a friendship with 65-year-old Rahim, who is soon revealed to be the chief executioner of the prison. When Rahim’s assistant suddenly quits, he asks Aiman to work under him…and perhaps to take over as his successor. 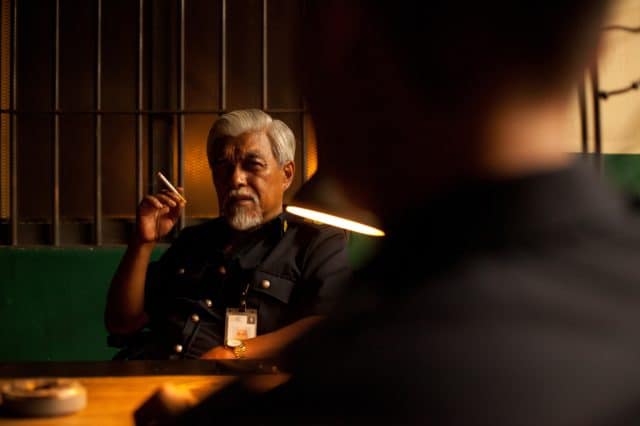 Says Lim Teck, Managing Director of Clover Films (co-distributor of the movie in Singapore), “A few months back, one of the Executive Producers Eric Khoo introduced us to the movie and we were initially unsure. But when we finally previewed the movie, we were deeply moved by this excellent movie. Junfeng has delivered a most compelling piece of work and we felt that we must do our part to push the movie here in Singapore. We are very happy that the producers agreed to have us on board as the distributor in Singapore!”

Fiorella Moretti and Hedi Zardi, CEOs of international sales agent Luxbox, whose recent film HEDI won two major prizes at the recent Berlinale Competition, say, “Early on, we were already fascinated by the strength of the script, and we were convinced by Boo Junfeng’s gifted mise-en-scene. The aura of the project was growing during APPRENTICE’s incredible tour through several labs and funds that helped and supported the project. This relevant film impresses us. We are very happy to team with this incredible ensemble of talented producers and we are very confident on APPRENTICE ‘s international career.”

“When I first discovered APPRENTICE, I was immediately taken by its strong subject matter and its very fresh perspective. I have rarely seen a project that plays so well with reality. We’re proud to come on board the film as its French distributor,” explains Eric Le Bot, head of French distributor Version Originale Condor. The company follows and releases works from auteurs such as Kiyoshi Kurosawa and others, and was the first territory to release Jonas Cuaron’s DESIERTO (FIPRESCI winner, Toronto 2015).

Raymond Phathanavirangoon, producer at Peanut Pictures, who spearheaded the deals with Luxbox, Version Originale Condor and Bravos Pictures, comments: “I have known Fiorella and Hedi from Luxbox for a number of years, and it is a true pleasure to finally get to work together with them. Both Luxbox and Version Originale Condor showed great passion for our film from the very start. We look forward to going on this journey with them as well as our other distributors in the near future.”

“The film has been a labour of love over the past five years, and I look forward to be back at Cannes with these dedicated and committed partners,” adds director Boo Junfeng.

About the Director: BOO Junfeng made his feature-length directorial debut in 2010 with SANDCASTLE, which premiered at the International Critics’ Week at Cannes Film Festival. The film was subsequently invited to film festivals including Toronto, Pusan, Vancouver and London, among others. It won several awards, including Best Film, Best Director and NETPAC Jury Award at the Vietnam International Film Festival, Best Cinematography and Special Jury Mention at the Gotham Screen International Film Festival, Best Local Film & Best Local Director at the Singapore Entertainment Awards 2011, and was listed by The Wall Street Journal as one of Asia’s most notable films of 2010.

Trained in film schools in Singapore and Spain, Boo Junfeng’s award-winning short films include UN RETRATO DE FAMILIA (2005), STRANGER (2005), THE CHANGI MURALS (2006), KATONG FUGUE (2007), KELUAR BARIS (2008) and TANJONG RHU (2009). In 2009, he became the first recipient of the McNally Award for Excellence in the Arts – the valedictorian honour of Lasalle College of the Arts. He was also conferred the Young Artist Award in 2009, and the Singapore Youth Award in 2011 by the government of Singapore.