Since its publication in 1962, Madeleine L’Engle’s A Wrinkle In Time has gained a reputation for being unfilmable… for good reason. The book mixes science fiction and Christian theology in an epic odyssey across time, space and the universe – in ways that are endlessly charming to fans, and frustratingly messy to detractors. L’Engle’s defiantly episodic tale provides as many pitfalls as opportunities for aspiring filmmakers – accordingly, director Ava DuVernay winds up getting about as much right as she gets wrong.

Meg Murry (Storm Reid) – full of youth, self-loathing and abandonment issues – is the prickly heart of the film. It’s been four years since her physicist dad (Chris Pine) disappeared, and Meg is still falling apart. But everything changes when her precocious six-year-old brother, Charles Wallace (Deric McCabe), invites a most peculiar stranger into their home. Before long, Mrs Whatsit (Reese Witherspoon) and her two equally unusual friends, Mrs Who (Mindy Kaling) and Mrs Which (Oprah Winfrey), invite the Murry siblings and their new friend, Calvin (Levi Miller), on a journey that will take them to the darkest corners of the galaxy – which might well include the very depths of their own souls. 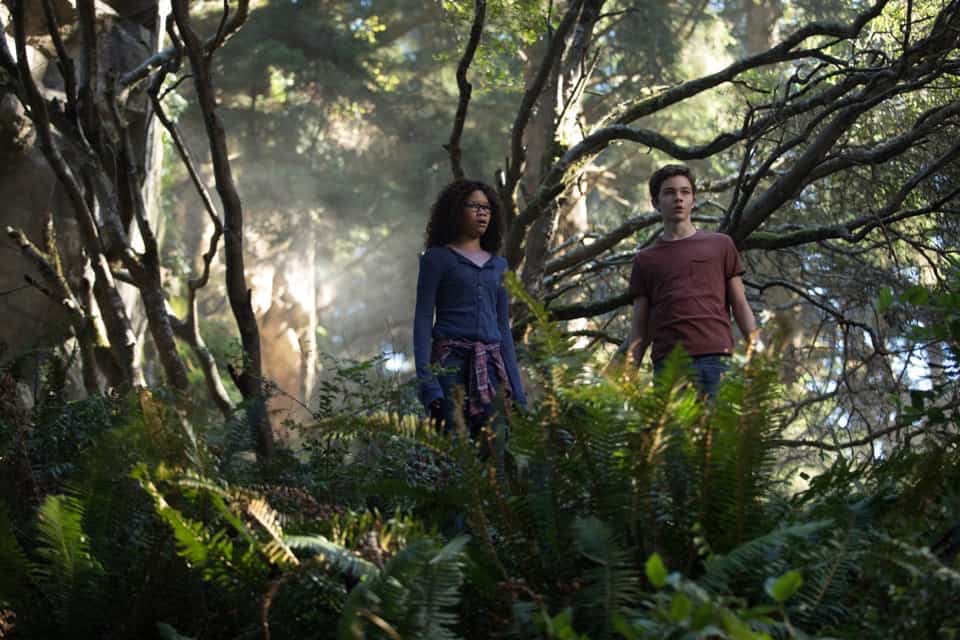 In narrative terms, A Wrinkle In Time makes the canny decision to focus firmly on Meg in moving the story forward. While Meg was also the primary protagonist in the book, L’Engle spent almost as much time dwelling on what made her two male companions so special. The film chooses to lavish more attention on Meg, allowing her and all her insecurities and contradictions to anchor the entire adventure. It’s Meg whose undying devotion to her father knocks the travellers off-course, and Meg who refuses to give up when loss threatens to claim her loved ones.

On this count, at least, the final result is something quite lovely. Meg is achingly real – an awkward young girl who can neither take nor believe compliments about herself, but who has the potential to change the world if only she can find her confidence and voice. Reid is fantastic in the part, credibly convincing audiences that Meg’s faults might also be her gifts – that the outsized amount of love in her heart is not something she needs to hide or play down. It’s an empowering message for girls and boys, and probably the best thing about DuVernay’s otherwise uneven adaptation. 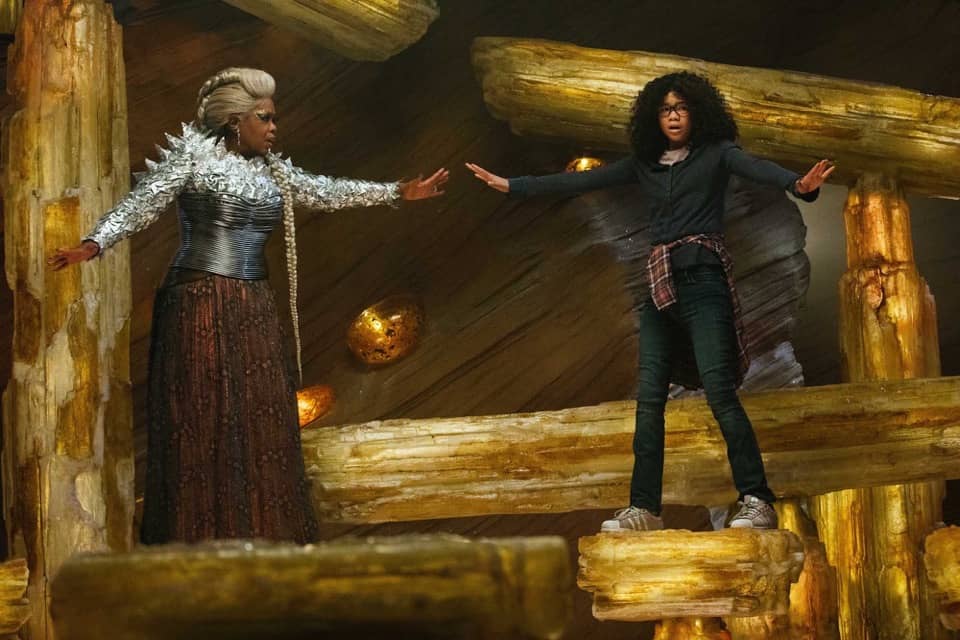 Unfortunately, the rest of A Wrinkle In Time lingers somewhere in the key of mediocre. For a book like L’Engle’s, every choice made in changing or updating the novel for the screen will invariably invite debate. Viewers and readers will be discussing for years to come whether Meg’s perfectly ordinary twin brothers should have been cut out of the family, and if the film’s glamorous, purely Hollywoodian depiction of the three mysterious Mrs-es somehow makes them less – rather than more – interesting.

Where it really counts, however, Jennifer Lee’s screenplay seems determined to avoid as much controversy as possible. The film steers almost entirely clear of what made the book such a seminal work of children’s literature, paring away the Christian themes and allegories L’Engle embedded in her story and characters. And yet, it retains a lot of the more peculiar detours taken by the book, from visiting a Happy Medium (Zach Galifianakis) to encountering a sinister man with red eyes (Michael Pena). As a result, A Wrinkle In Time is almost as random and weird as the book on which it’s based – but lacks the layers and soul that help make the weirdness work.

To be fair, there are plenty of enjoyable moments threaded throughout DuVernay’s film. If you accept it for what it is, Meg’s hero journey is irresistible and important for generations of young girls who will see themselves in her as she steps up and takes charge. Some of the modern updates are hugely welcome – from the diversity of the characters to a quite wonderful Hamilton reference. The cast, too, is uniformly appealing. Witherspoon, in particular, is having the time of her life as the chirpy, chatty Mrs Whatsit, while Chris Pine continues his streak of playing white, male characters that we don’t often see on screen by injecting his performance with a dark fragility.

Nonetheless, it’s hard to shake the feeling that A Wrinkle In Time could have been so much more. In the hands of DuVernay (and, of course, Disney), the film is visually arresting, turning up the gloss, colour saturation and special effects to elicit full eye-popping wonder. But all the visual resplendence in the world can’t disguise the messiness of the film’s central themes and ideas. In effect, DuVernay’s adaptation – a blockbuster that comes across as safe and generic when it should be bold and unusual – has things of its own to say but, in so doing, it largely misses L’Engle’s point.

Basically: A well-intentioned mess that manages to be weird – and yet also not weird enough.