For years, fans have noted an uncanny resemblance between actress Tilda Swinton and the late David Bowie. In this erotic drama, Swinton finally gets to play a rock star, but this is far from a typical paean to the hard and fast living of glamourous rock gods/goddesses. Swinton plays Marianne Lane, a famous singer who is recuperating from surgery on her vocal chords. Marianne and her documentary filmmaker boyfriend Paul (Schoenaerts) are holidaying on the Italian island of Pantelleria. A spanner is thrown in the works of their idyllic getaway by the sudden arrival of music producer Harry (Fiennes), Marianne’s former flame. Harry has his college-aged daughter Penelope (Johnson) in tow. As personalities and egos clash and sexual tensions simmer, our little group isn’t going to sit about all quiet-like, with some ugliness bubbling to the surface against the backdrop of some very beautiful scenery. 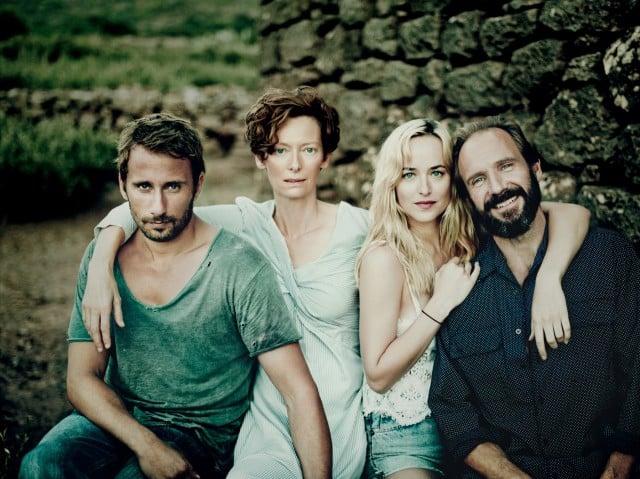 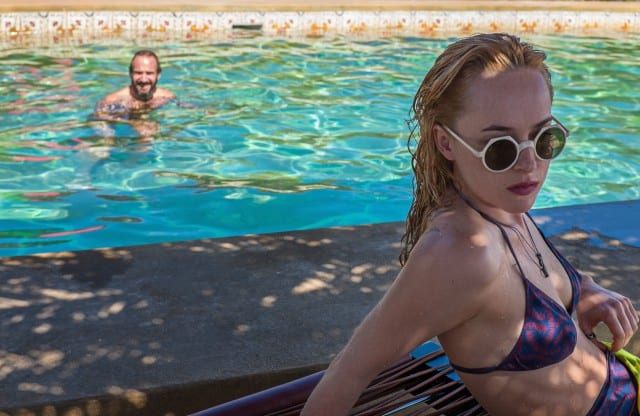 There are farcical and tragic moments, with uneasy tonal shifts that seem intentional if not altogether successful. There is so much lounging and lazing about that when something of actual significance to the plot happens at around the one-and-a-half-hour mark, it feels as if the film has suddenly acquired a focus but does not know what exactly to do with it. During a scene in which Marianne and Harry watch a local woman make traditional ricotta, we hear the migrant crisis in Europe being mentioned via the news on TV in the background. We also hear that boats carrying refugees are stranded off the Pantelleria coast. If director Luca Guadagnino is making some statement about rock star privilege in contrast with the lives of the far less fortunate, said statement is at once on-the-nose and very muddled.

This film marks Swinton’s fourth collaboration with Guadagnino, after The Protagonists, Tilda Swinton: The Love Factory and I Am Love. Swinton’s natural mystique lends itself well to the character of a rock star, and Swinton has stated that Marianne is a mash-up of the afore-mentioned Bowie, Chrissie Hynde and P. J. Harvey. Marianne does not speak throughout the bulk of the film, to avoid straining her vocal chords, and it turns out that this is a character choice on Swinton’s part. The actress made the film shortly after the passing of her mother, and the anguish and loss that she conveys as Marianne are palpable and affecting, even if this is far from the flashiest performance Swinton has given. 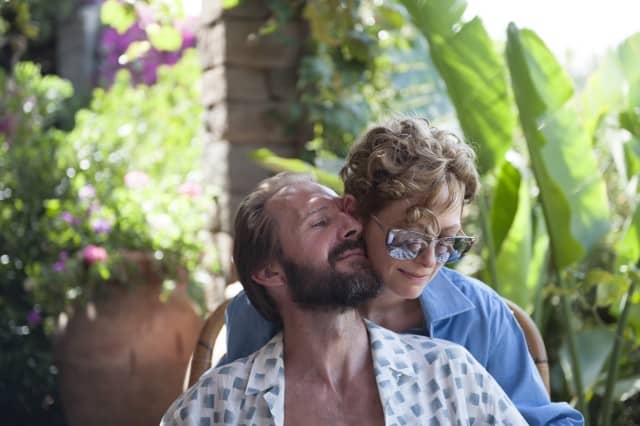 The task of chewing up that sun-washed scenery falls to Fiennes, who is at his most comically unrestrained here. It is a fiery, energetic performance, with Fiennes putting it across that Harry’s garrulous, hyperactive nature might be a façade hiding some real brokenness. Fiennes gets to perform a goofy yet mesmerizing dance to the Rolling Stones’ Emotional Rescue and yes, we do get more than a fleeting glimpse of Voldermort’s, uh, wand. The power struggle and competition for Marianne’s affections that exists between Harry and Paul provides the bulk of the film’s tension, with Schoenaerts perfectly serviceable as the “safe”, or “safer”, romantic interest. While Johnson probably won’t want her career to be defined by 50 Shades of Grey, she’s not one to shy away from other risqué material, her Penelope coquettish and aloof. This reviewer thinks the original choice of Margot Robbie might have worked better, though. 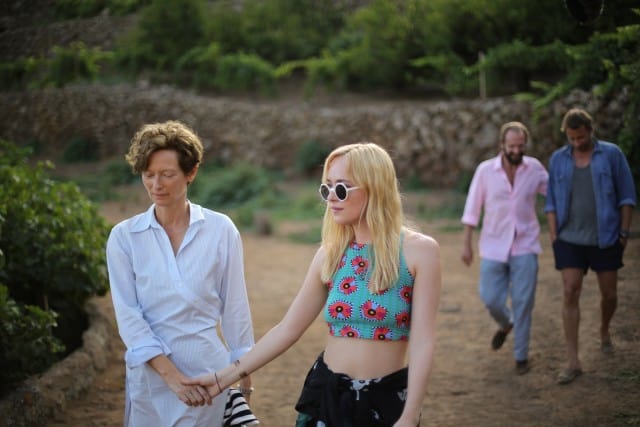 Guadagnino had such a good time working on A Bigger Splash that he’s reuniting with the four leads on his upcoming remake of the Italian horror classic Suspiria. There are moments when the film sparks to life, but that only occurs in between long stretches of dilly-dallying across the volcanic island. The talented cast spends most of their time spinning their wheels and this reviewer couldn’t help but be reminded of By the Sea, even though A Bigger Splash is considerably more tolerable than that vanity project. With a setting rife for some deliciously dark goings-on to unfold, A Bigger Splash stirs the pot all too rarely and never comes to the boil. 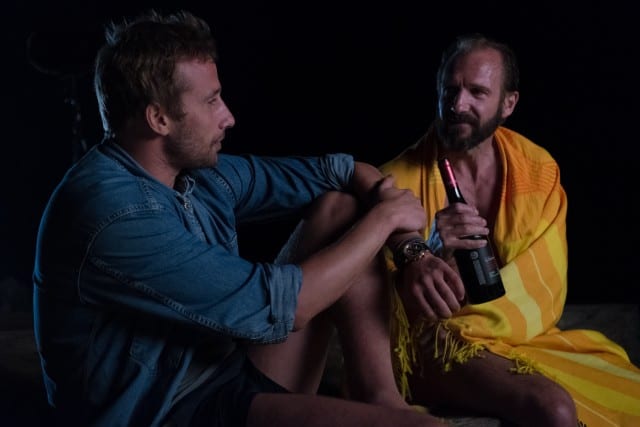 Summary: Somewhat sexy, somewhat dangerous, beautiful to look at but often pointlessly so, A Bigger Splash’s arthouse-ness overcomes its potential for true intrigue and dark humour.