Based on Operation Entebbe (or Operation Thunderbolt), 7 Days In Entebbe is yet another film about the notorious hijacking of an Air France plane heading to Paris from Tel Aviv. Instigated by a pair of German left-wing revolutionaries, Wilfried (Daniel Brühl) and Brigitte (Rosamund Pike), the hijackers’ objective was to get the Israeli government to release imprisoned Palestinians.

The film starts off with a captivating dance performance by Batsheva Dance Company that sets a very high tone for director José Padilha’s interpretation of a serious and controversial event that still intrigues everyone whether they’re involved in the Israeli-Palestinian conflict. 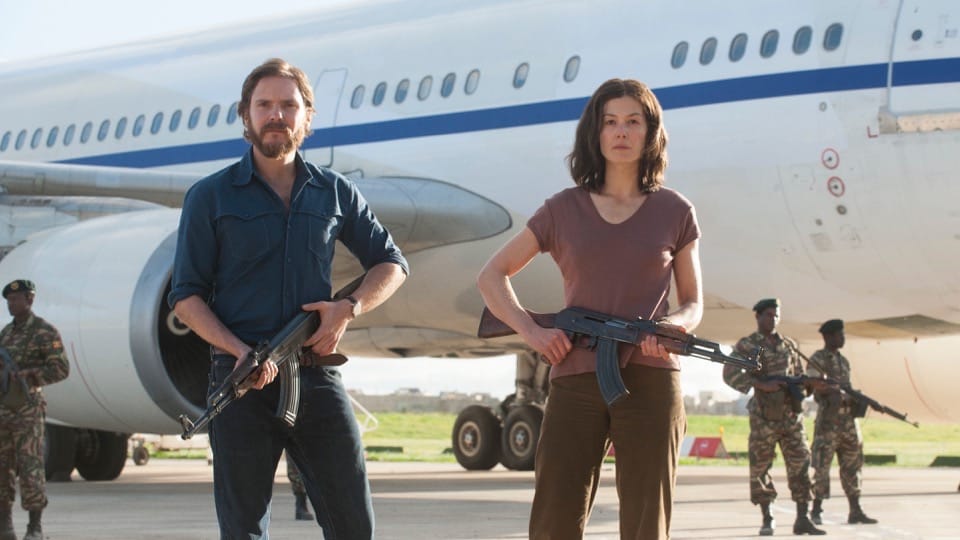 Shortly after, the film introduces other key roles aside from our German terrorists-to-be: defense minister Shimon Peres (Eddie Marsan) and the late prime minister Yitzhak Rabin (Lior Ashkenazi). The two veteran actors deliver striking performances to their otherwise bland and one-sided characters. Peres is nothing more than a cunning politician hungry for power; Rabin is always hesitant because his neck is on the line.

Nevertheless, the back-and-forth struggles between the two politicians are what pushes the movie forward, very unusual for a story meant to be driven by the Air France plane hijackers. Furthermore, the weak attempts to give Brühl and Pike’s German revolutionaries some backstory and personality just make it worse. Viewers will be more interested in the power struggle than what happens to the hostages. 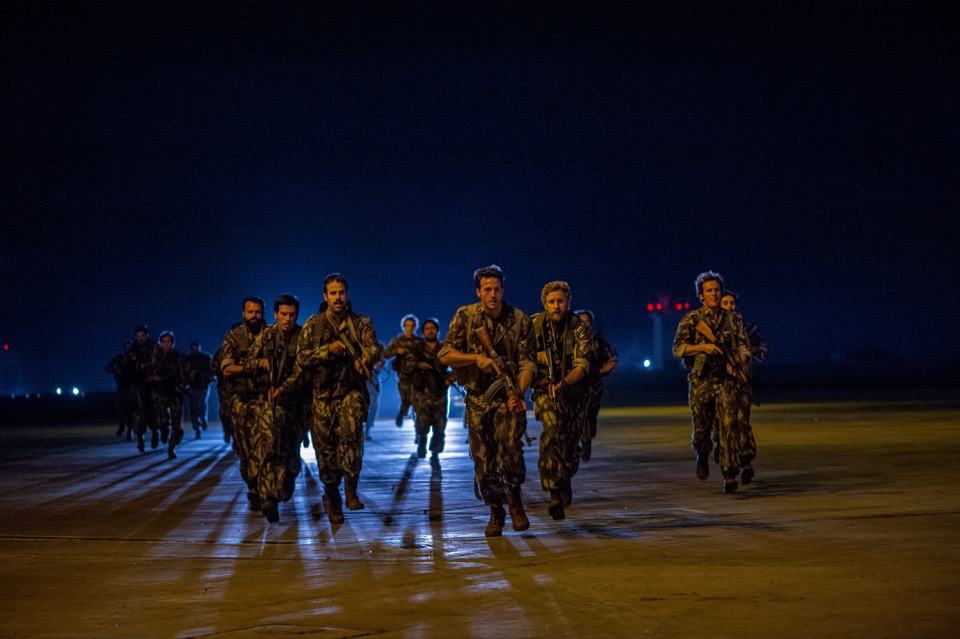 Disappointingly, the dance scenes are more effective in representing Padilha’s primary intention to do a small part to ease the long-standing Israeli-Palestinian conflict than the story his screenwriter Gregory Burke tries to tell. Without it, 7 Days In Entebbe hardly has any thrilling element – not even the ending raid that it was building up to.

7 Days In Entebbe focuses a lot on the slow boil of the week leading up to the iconic rescue mission by Israeli commandos. But the film’s lack of focus and overly-sensitive decision to paint everyone – terrorists, hostages, and politicians – as victims of the conflict, makes it everything but exciting. It’s like watching 107 minutes of facts and news since the characters aren’t worth caring for.

Summary: Overly ambitious in presenting too many perspectives, the film lacks a clear direction for both the characters and the audience, wasting a promising opening and convincing performances.