Singapore is really proving itself to be the new playground for Marvel’s superheroes!

In the last couple of months, Spidey has swung by with Gwen Stacy and Electro for Earth Hour, and basked on the famous rooftop pool of one of our integrated resorts; while X-Men’s Blink, Wolverine and Doctor Bolivar Trask have teleported over for kaya toast, a grand blue-carpet premiere, and also soaked in that famous rooftop pool.

This month, Singapore will play host to another bunch of superheroes from the Marvel Universe! In the first leg of their Southeast Asia tour, Guardians Of The Galaxy stars Zoe Saldana and Dave Bautista, as well as director James Gunn, will walk the red carpet at Shaw Lido on 12 July (and take a dip in that famous rooftop pool of ours?).As usual, F*** will be on hand to bring you exclusive coverage of the event!

Marvel’s Guardians Of The Galaxy, which first appeared in 1969 in issue #18 of the Marvel Super-Heroes comic book, is about a brash adventurer Peter Quill, who forms a truce with a quartet of disparate misfits to safeguard the cosmos. These include physical brute Drax, played by WWE star Dave Bautista; alien assassin Gamora, played by Zoe Saldana; Rocket the gun-toting raccoon, voiced by Bradley Cooper; and Groot, voiced by Vin Diesel, a tree-like humanoid.

So who plays Peter Quill?

His name is Chris Pratt, and as producer Kevin Feige said, “We didn’t set out to cast a relative unknown for the lead… We auditioned many actors for the role, and conducted a number of really detailed screen tests, and Chris Pratt by far just won the part. He was cool, he was sexy, he was ridiculously hilarious in certain aspects…” 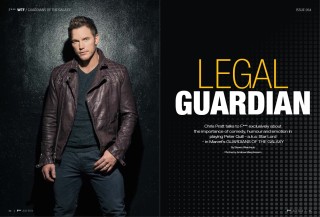 So, ahead of his co-stars’ visit here and to give you a canvass on which they can sign autographs, we spoke to Chris in London, where he boldly proclaimed that Guardians Of The Galaxy will be better than Star Wars! Read the full interview inside…

And that’s not all! Elsewhere in the magazine, we’ve also lined up some pretty exciting stuff for you: like our set visit report from Matt Reeves’ Dawn Of The Planet Of The Apes in New Orleans and Clint Eastwood’s Jersey Boys in Los Angeles; and our creepy chats with A Haunted House 2’s Marlon Wayans and Deliver Us From Evil’s Eric Bana.And with all that jetting-around and space-talk, we’ve also drawn up a handy list of the Top 10 Movie Spaceships too!

Enjoy the magazine, have fun looking at the stars, and see you at the movies, F***ers! 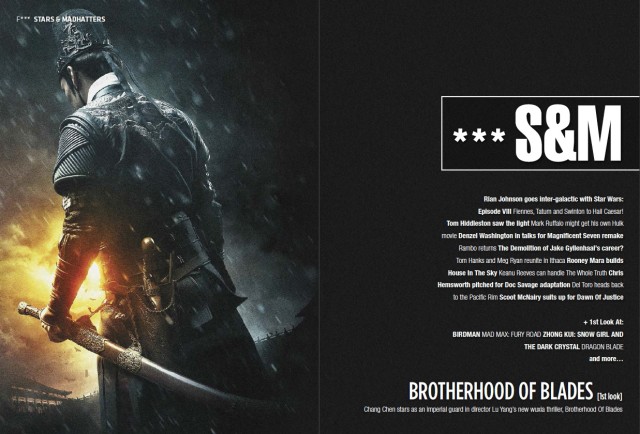 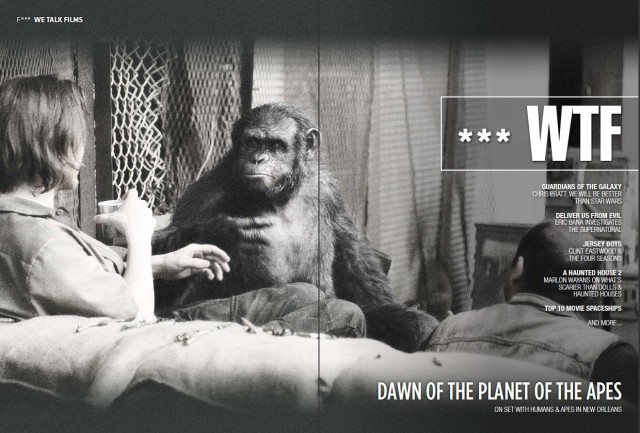 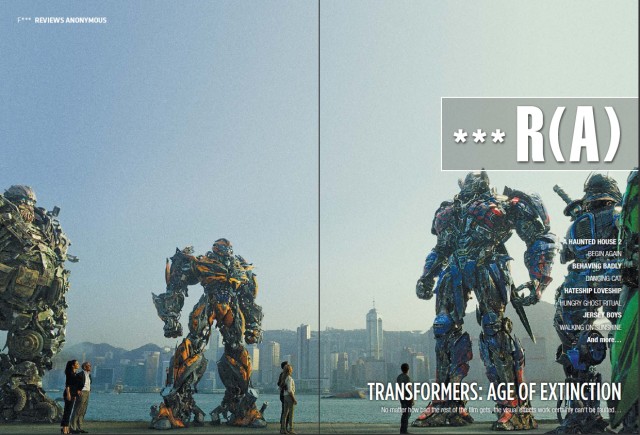 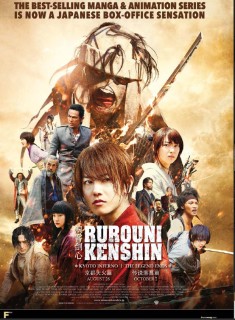 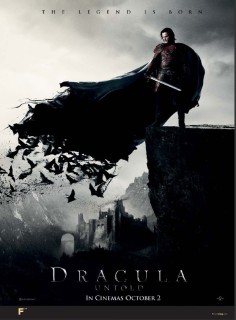