Besides the two Roberts on our covers, there’s a shitload of big-name actors headlining big movies in our issue this month.

Some are wild by nature, some are portraying wild things and some are just wildly good looking. With half-humans of vampires and werewolves, gods, fighters, and race devils populating this issue, we just see it apt to call this The Wild Boys Issue. Any objections?

Let’s start with the Roberts. Both are actors, of course. Both are good lookers, there’s no denying that. Both are headlining huge franchises and both are young, erm, we’re joking. In fact they are 21 years apart, but we can assure you they have their equal share of screaming fans.

25-year-old Robert Pattinson is on our cover for an obvious reason – he’s Edward Cullen. Well, the sequels-stretching story of a vampire in love with a mortal girl, is finally bearing fruit, literally. And the star is obviously very nervous about the fruit-making scene, where billions of anticipating eyeballs around the world will be watching his moves and bits… Hear what he has to say about this in our exclusive interview, on page 50.

46-year-old Robert Downey Jr. is on our other cover for one obvious reason too. Make that reasons, actually – he’s Sherlock Holmes, he’s Iron Man, and he’s a phoenix! Well, it’s not easy kicking away an addiction and having risen from the ashes, our hero is totally out of the shadows for good. Of course, who doesn’t like a fairy tale-like story of a wild child turned good? You can read all about it on page 66.

Now to the shitload of wild things in our Top 10 list. Immortals already has three very able-bodied actors playing gods – one of them is going to be Super Man (Henry Cavill), one of them is also a Twilight vampire (Kellan Lutz), and another was a musketeer (Luke Evans). There’s also Warrior’s boxer Tom Hardy who’s going to be Bane in the upcoming Batman movie, and there’s teen werewolf Taylor Lautner and Drive‘s race-car driver Ryan Gosling, and more. Check out the list on page 30.

With that, we had to have our Asian equivalent of alpha males, too. Aggressive, innately confident, cool, suave and rebellious are traits that are not very often associated with Asian men, especially according to Hollywood’s perception. Well, we are here to remind you of their existence, on page 80.

Of course, there’s also the usual staple of news, first looks, reviews and everything movie related inside these pages. You may like to know that you can now download our magazine onto your iPad or Android tablets, turn to page 135 to see our ad. 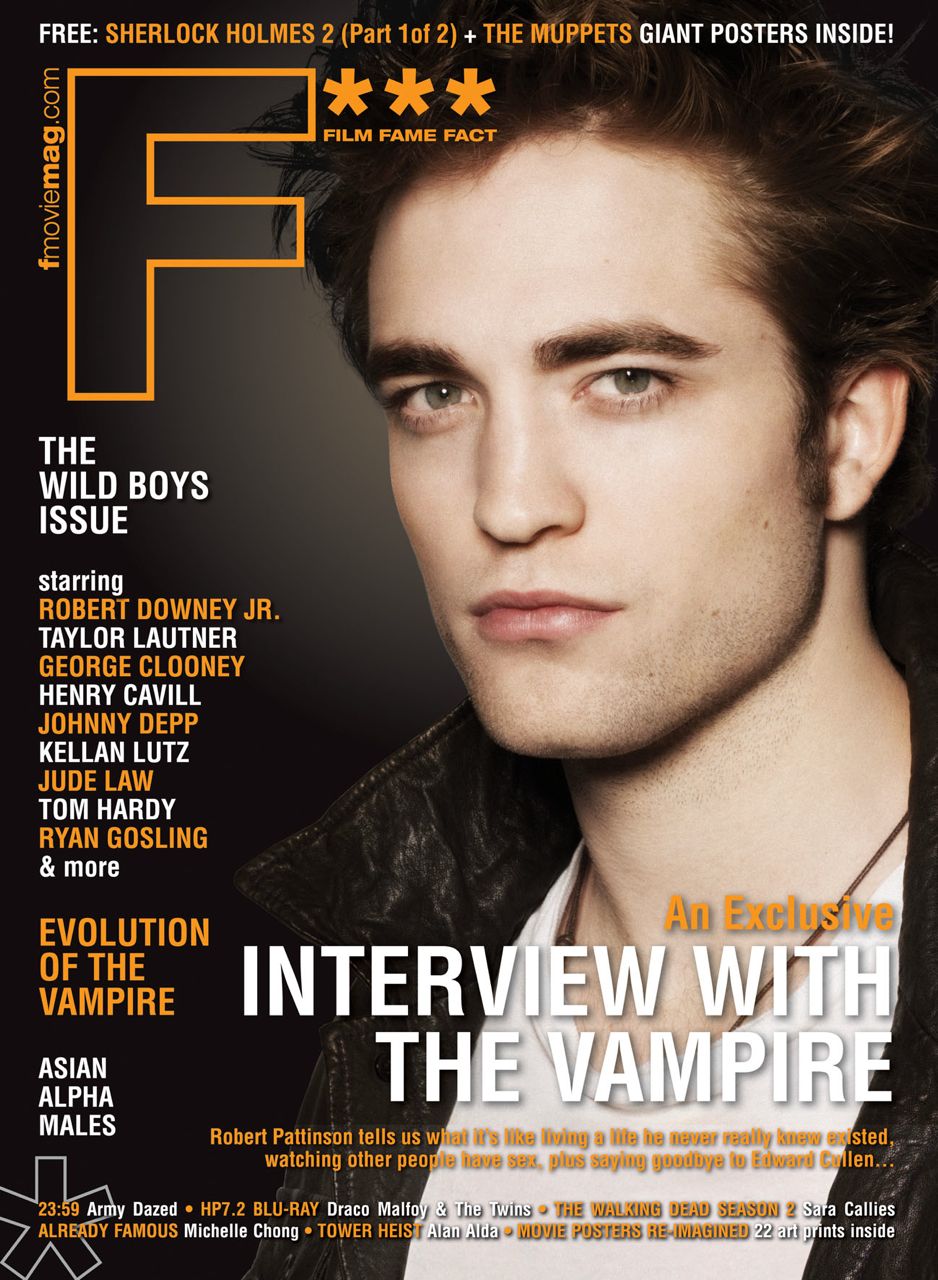 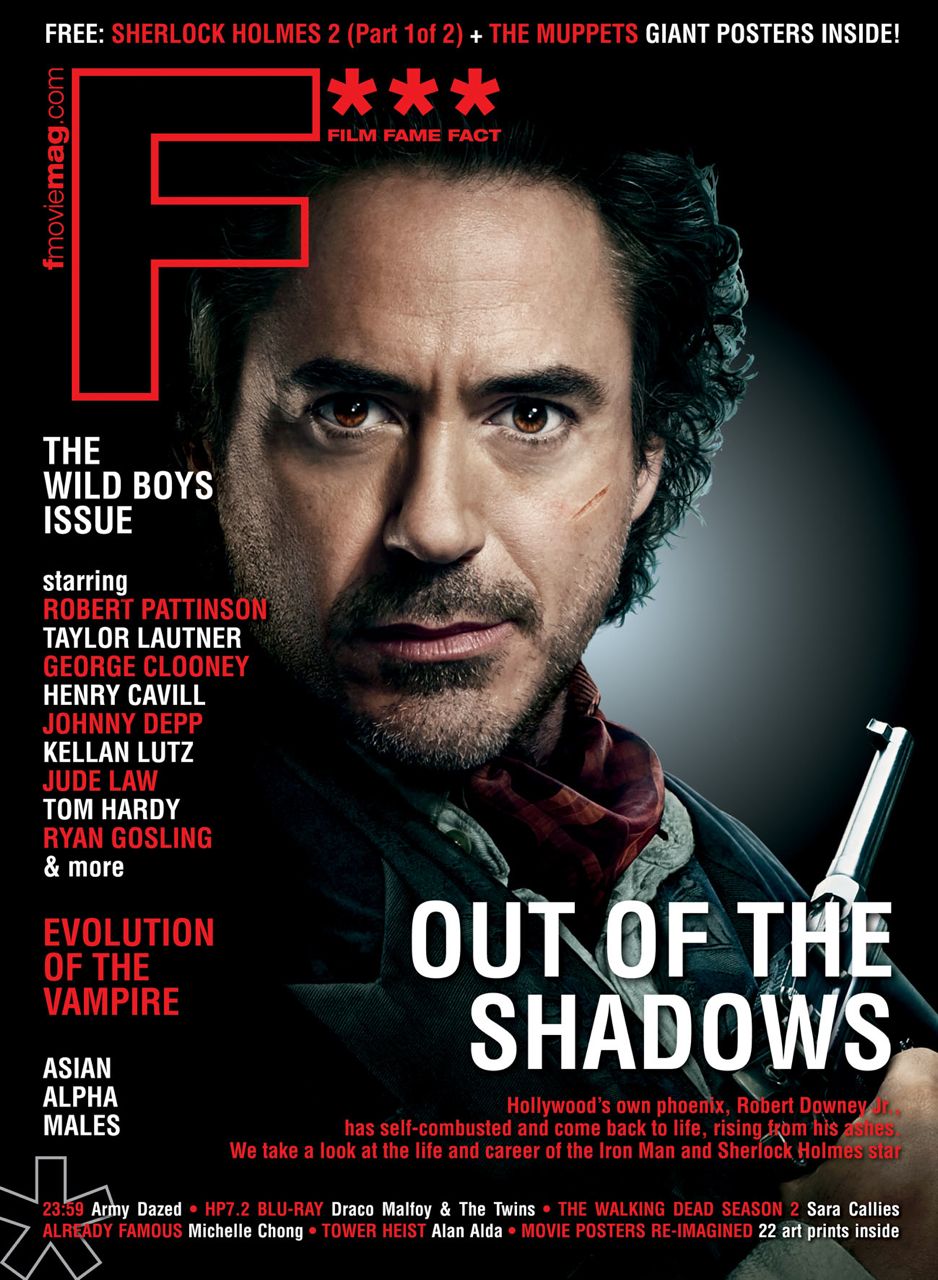 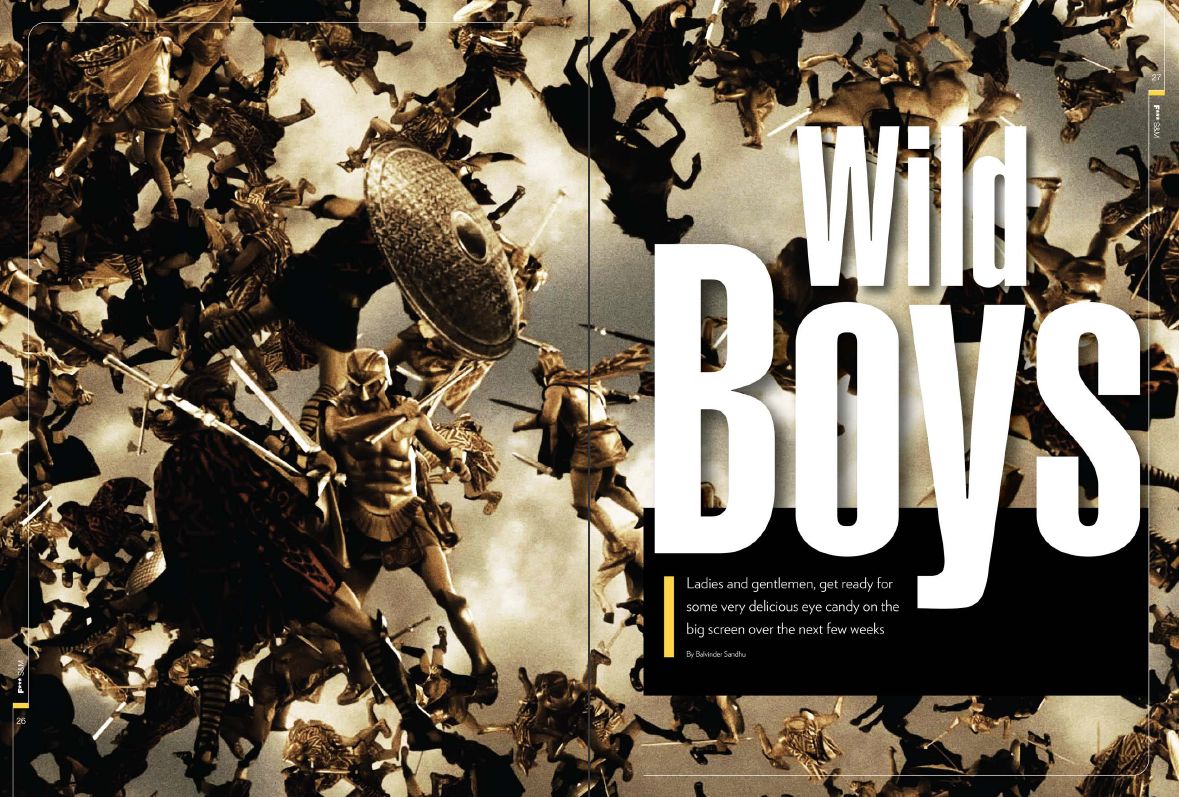 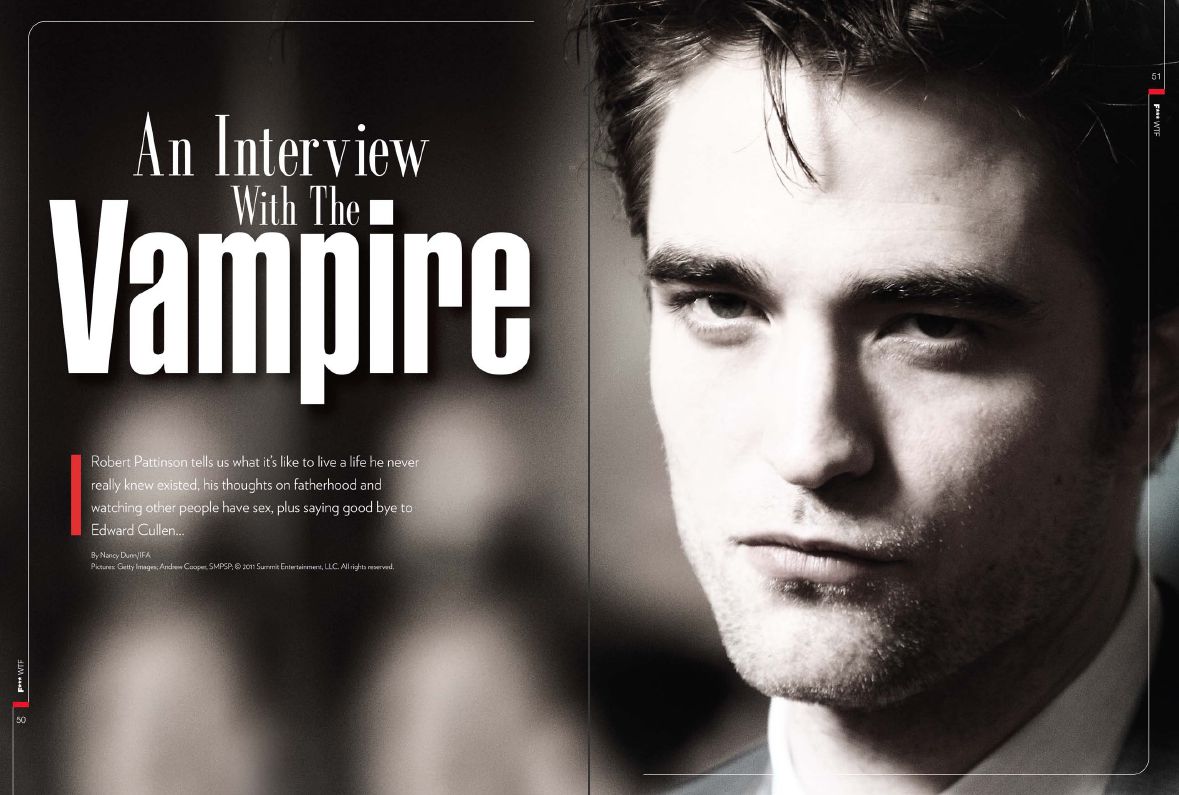 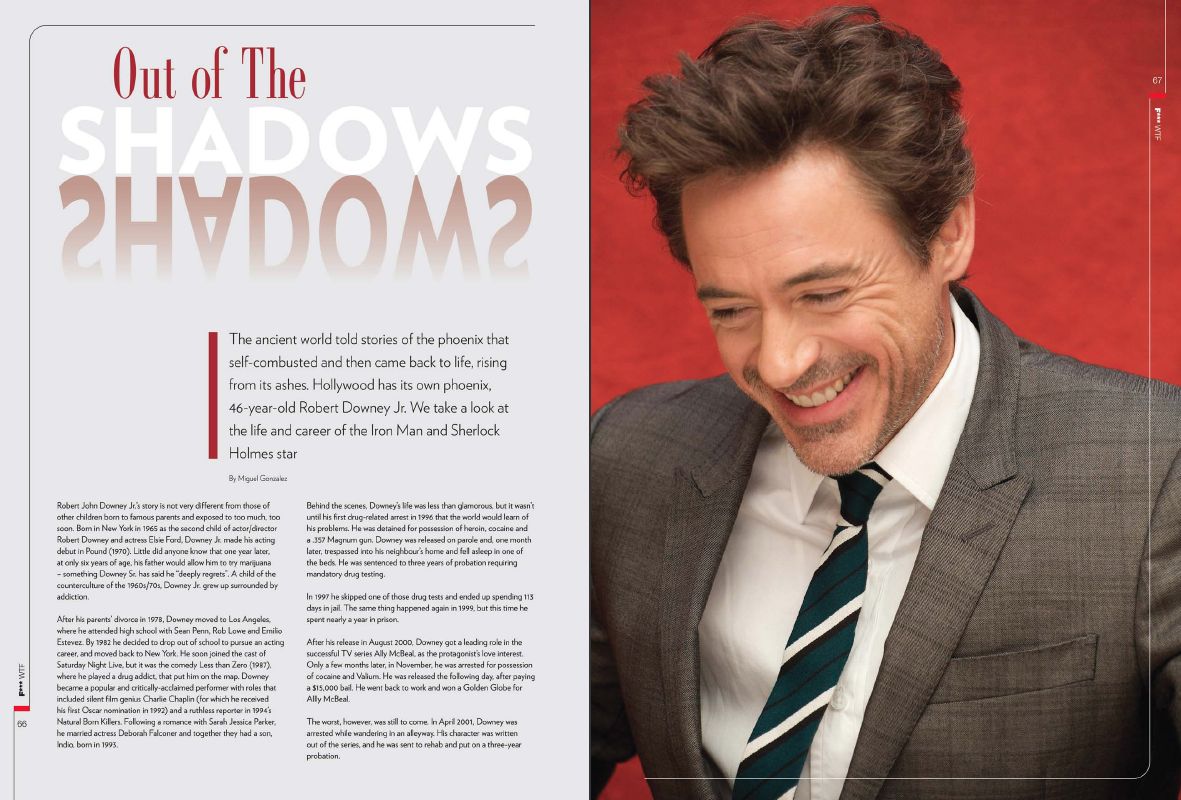 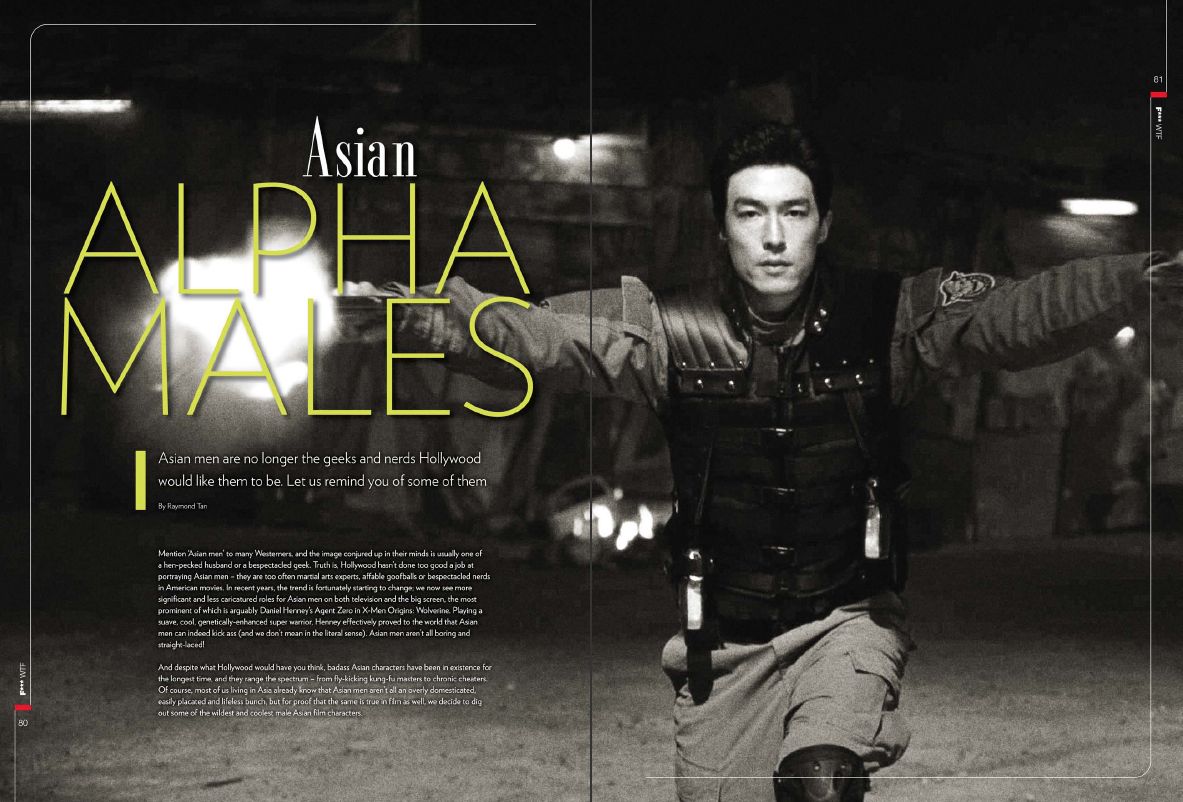