Back in July, A Song Of Ice And Fire author George R.R. Martin created some waves online when he expressed dissatisfaction with the Marvel Cinematic Universe’s villains. You can read the extent of Martin’s comments here, but the most notable one was, “I am tired of this Marvel movie trope where the bad guy has the same powers as the hero.” It’s hard not to see Martin’s point, particularly when he went on to list examples (Abomination for the Hulk, Venom for Spider-Man, etc.).

Indeed, it seems Marvel’s heroes have become so powerful that the studio’s only method of challenging them is to produce a hero who either mimics their own abilities or is simply supernatural. It usually makes for a perfectly entertaining film anyway, but Martin’s comments can get you thinking: Where have cinema’s great villains gone?

We can’t quite answer that one for you. With so much focus on generic, predictable super villains in today’s hottest films, though, we wanted to look back at some of the more carefully constructed baddies we’ve seen in great movies. Here are our 10 most sinister film villains. 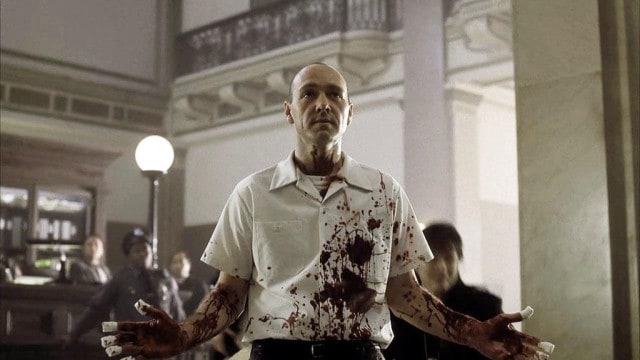 Moviefone did a whole write-up of why Kevin Spacey’s John Doe character in Se7en is such a memorable villain. The main point was that he’s thoroughly average, staying off screen for much of the film and at least appearing to be normal once he appears. These traits coupled with his off-the-charts evil brilliance certainly make him compelling. Our only gripe with Doe is that if you watch a TV crime drama (Criminal Minds comes to mind) you’ll find a similar character every five or ten episodes. That’s not to say the average TV performance can match Spacey’s, but the character can only be so unique. 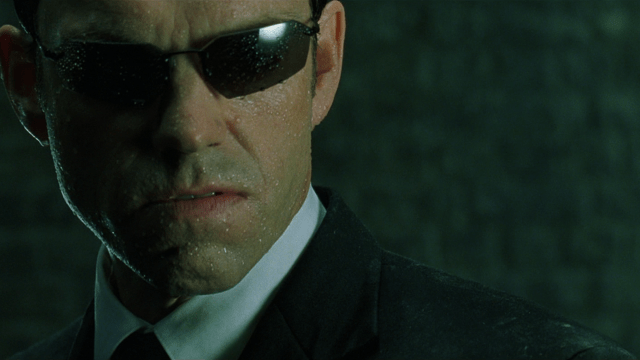 The primary villain in The Matrix Trilogy, Agent Smith sits at the pinnacle of an entire type of villain: the impeccably professional suit going about his duties with a robotic disregard for empathy. The role is played masterfully by Hugo Weaving, and really Agent Smith could be higher on this list if he hadn’t cloned himself and been defeated countless times by Neo throughout the series. 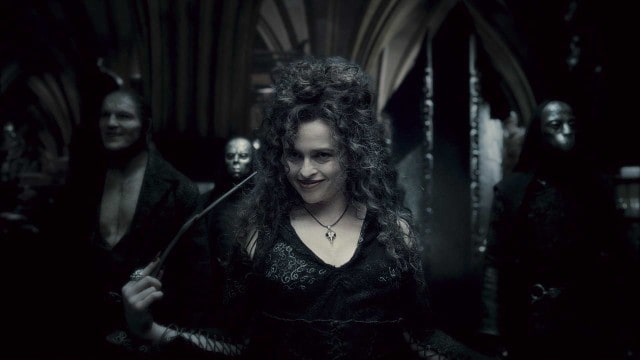 Did anyone else feel like throughout the Harry Potter series Bellatrix Lestrange was actually more evil than Voldemort? That in itself is an achievement for Carter, given that the name Voldemort is now akin to the likes of Darth Vader and Sauron in fictional villain lore. Lestrange is pure, sadistic evil. 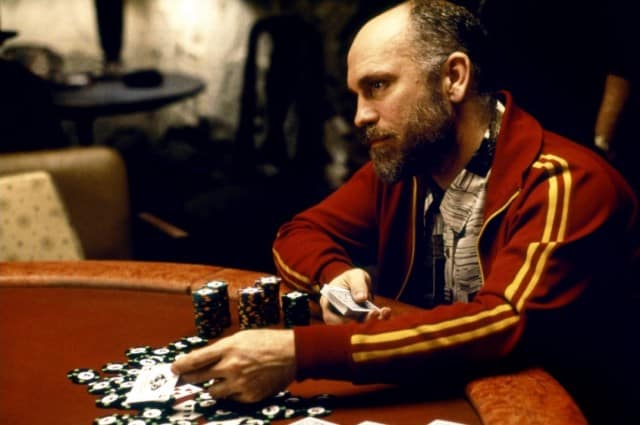 He’s not exactly a super villain, but Malkovich’s portrayal of the quirky, cocky card-playing authority in Rounders is bizarrely chilling. There’s always something impressive about a compelling villain who can spook you in a real-world scenario. Betfair can help you to understand the strategies and rules of the poker games that Teddy KGB expresses himself through, and there’s actually some very realistic intrigue in the games that take place throughout Rounders. And that’s part of what makes him so good—he’s kind of a psycho, but one you could actually come across at a card table. 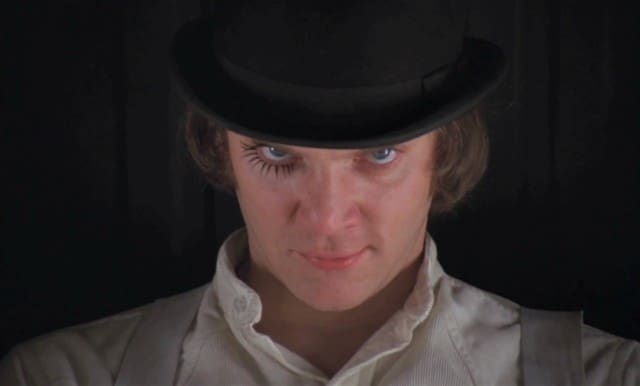 Alex DeLarge is one of those rare characters who’s just so wrong and so evil you almost don’t want to admit you enjoyed watching A Clockwork Orange. I mean, this guy breaks into a home and gleefully organizes a sexual assault while singing the song Singin’ In The Rain at the top of his lungs. Need we say more? 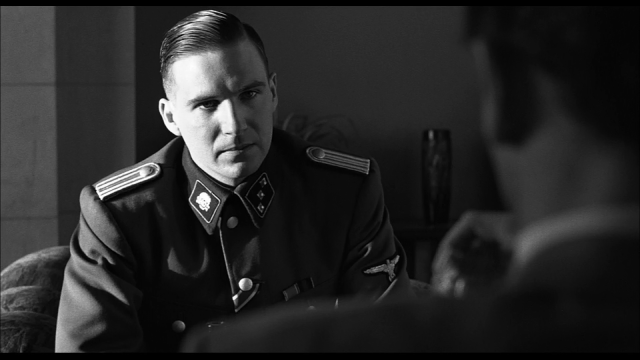 Surprised that Ralph Fiennes made the list for a role other than Voldemort? Well, give Schindler’s List another watch. Nazi characters have a sort of inherent advantage in the villain category because no group of people from real history is as widely recognized for villainous tendencies. And Fiennes takes full advantage of this setup in his portrayal of Nazi commander Goeth. We can’t phrase it any better than it was put in this countdown: “a terrifying reminder of the startling inhumanity of the Nazi regime.” 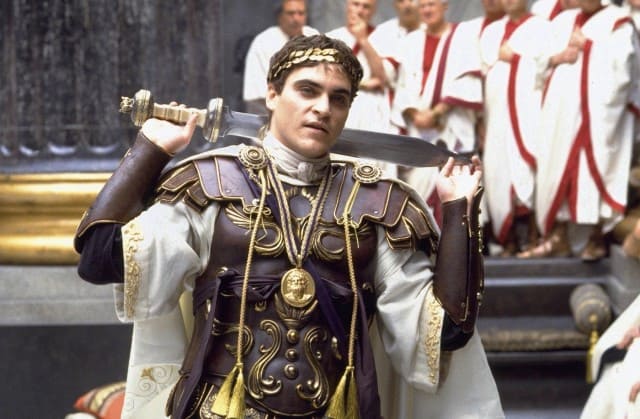 Commodus, the evil emperor of Rome in Gladiator, isn’t a traditional iconic villain in that he’s a very weak-spirited, almost pathetic character. But he’s also recklessly insecure and driven beyond reason to make a name for himself. We always found him more sinister and terrifying because he’s so weak and pitiful. There’s something horrific about the most powerful man in the world being a hopeless lunatic. 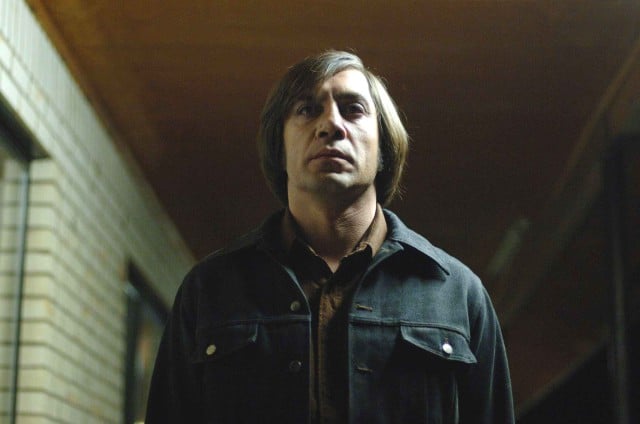 The chief villain in No Country For Old Men, Chigurh, like Agent Smith, illustrates the best version of a popular type of villain. In this case, it’s a talented and cold-blooded killer bound not by law or emotion, but pure chance. 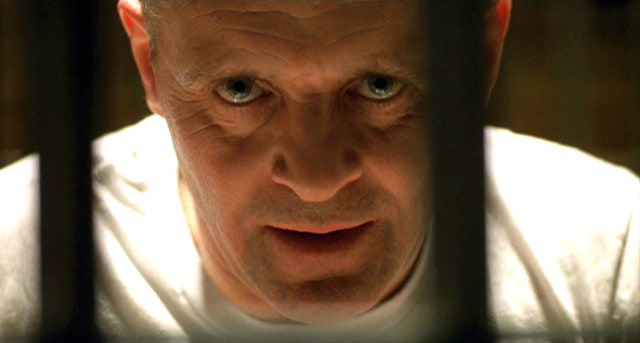 We’re not sure there’s a better instance of an actor communicating pure danger with his eyes. That’s a good chunk of what we see of Anthony Hopkins throughout The Silence Of The Lambs, as he gazes at us first through bars and then through that creepy mask. Lecter could be innocent of his crimes and bluffing with his threats and he’s still one of the scariest movie villains ever, purely by how he looks and speaks. Of course, he’s not innocent, so it’s even worse. He’s quite simply the most chilling serial killer in cinematic history.

Some might consider it blasphemy to rank any character ahead of Hannibal, but Heath Ledger’s portrayal of arguably the most famous villain in comic book history was simply flawless. Not only is the Joker dangerous and psychologically unpredictable, but he takes more genuine delight in his crimes than any other villain that comes to mind. On top of that, the delight doesn’t even drive him. He loves the game, but he’s driven by a deep desire to best his single greatest opponent. This was really a one-of-a-kind performance.

Again, narrowing all of cinema down to 10 villains is always going to leave a few out. So who do think deserves a mention? Comment below.