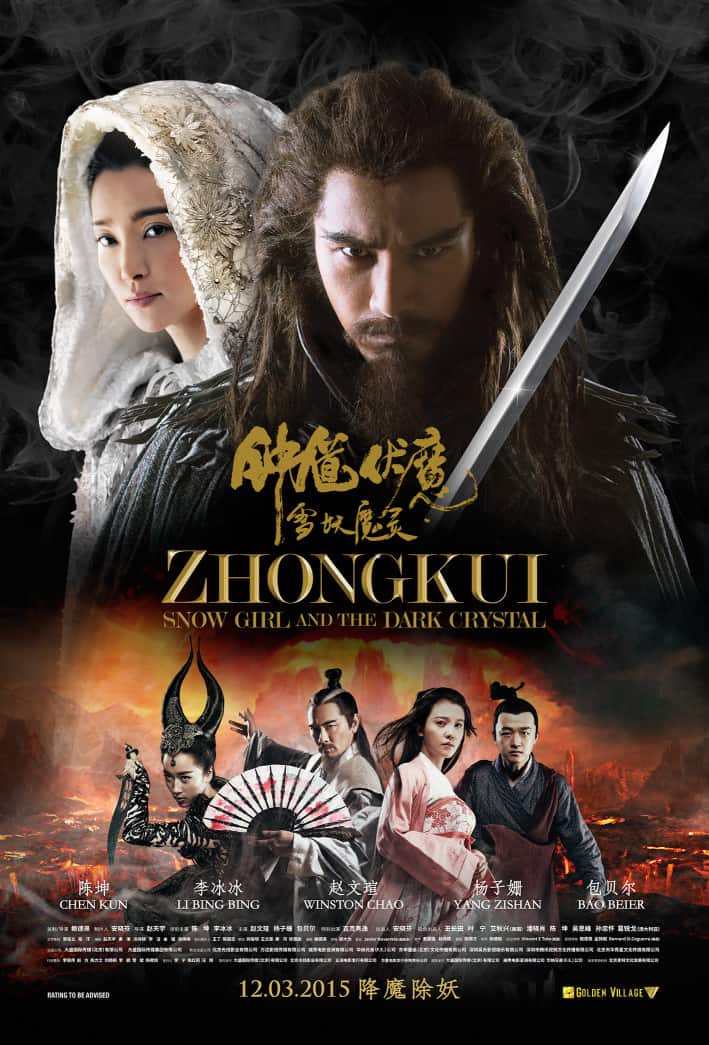 One of the bigger Chinese releases of the season when it comes to visuals and action, Zhong Kui: Snow Girl & the Dark Crystal is the result of a Chinese, Hong Kong and American funding that has disappointingly left the film very confused. From the superficial to the thematic, Zhong Kui draws its inspiration from traditional sources of gods and realms (as if there is any other Chinese fantasy), to Western influences like Lord of the Rings, and dare I say, DOTA. The whole package ends up rather disorienting and crucially unauthentic. 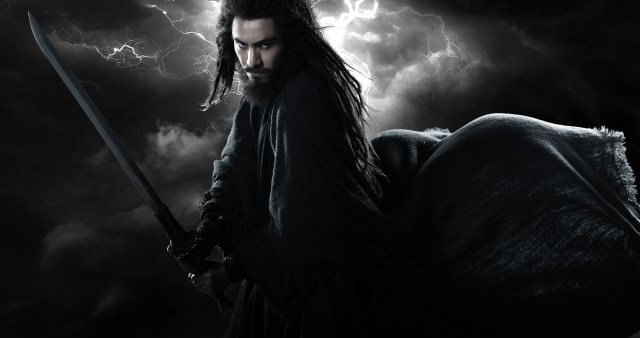 Zhong Kui tells the tale of the Taoist figure Zhong Kui (played by Chen Kun): a vanquisher of evil beings, or as we would call it, a demon slayer. In a world where deities, demons and humans co-exist, demons get a chance to reincarnate every millennium, into a human or even a celestial being. The Jade Emperor up in heaven anticipates chaos from hell, and unsurprisingly, the City of Hu where Kui resides has already been attacked, with demons claiming to souls of its civilians. The Dark Crystal serves as a repository for all the sins and deeds of every demon – key to their chances of reincarnation. His master, Deity Zhong, sends Kui to reclaim the crystal to safeguard the village from more harm. Meanwhile, trouble comes to Kui as his former lover, Snow Girl (Li Bing Bing looking a lot like a sexualised version of Frozen’s Elsa) is awaken and sent to reclaim the crystal from Hu. Thus begins the confused love story as Kui struggles to perform his duty with the presence of Snow Girl, possibly leading to total cosmic instability.

Thematically, there is a lot at play in Kui’s adventure. Ideas of class distinction in Ancient China are evoked through the tension between the Deities, mortals and demons. During one of the obnoxiously frequent love scenes, Snow Girl questions Kui if he would ever fall for a demon (like herself), only to hear a firm and instilled response placing demons at the bottom of the cosmic hierarchy that cannot be broken. While the idea of demons resembling those of a lower social status is discomforting, we see the grand social ideas surrounding the plot throughout the film. 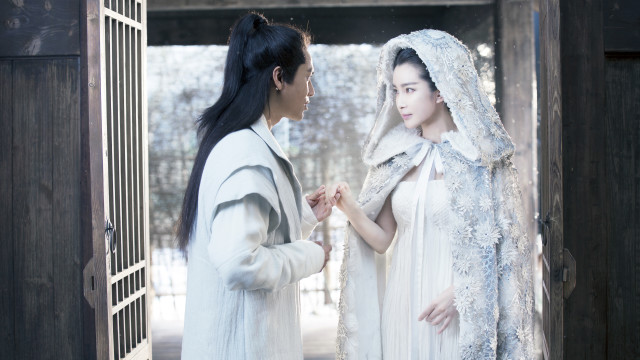 Yet these ideas are never really dealt with, with the filmmakers placing much attention on its huge budget for special effects (75% of it’s $40 million, in fact), to a point where it becomes gratuitous and detrimental to the whole picture. The audience is treated to striking action sequences involving grotesque beasts and flying humans very frequently, and it soon became a treat this critic abhorred. While the visuals are considered impressive for a Chinese release, they aren’t brilliant or attractive enough to carry the entire film. Action set pieces soon became a session for nitpicking, where you start to point out the unconvincing character movement and awkward shadow positioning that follow the 3D figures. The beasts are a particular weakness in the visual department, too often looking like something from a video game cut scene than a full-fledged movie. Special effects shouldn’t be a main criticism for most films, but the enormous attention paid to its effects makes it impossible to brush aside.

The visuals bring the review to its next point – authenticity. Not only is the animation poorly polished, but also its character design and the beasts themselves are jarringly unoriginal and untraditional. Sure, Chinese filmmakers can go out and create fantasy creatures of all shapes and sizes, but this being based on Zhong Kui, the famous mythological figure, there’s really no excuse for its stunningly uninspired designs. Demons themselves resemble the Creeps creatures of DOTA while the alternate forms of many characters are based straight off Balrog from Lord of the Rings, and Kui’s demon form shares an unacceptable likeness to characters from Tekken. The lack of some traditionally inspired fantasy gives the entire film a look and feel of inauthenticity – a confused product of its multi-cultured team of filmmakers. It’s as if they sat down and had an argument about how the creatures should look like, only to come to the conclusion of having, well, all of the ideas mashed into a Chinese-based film. 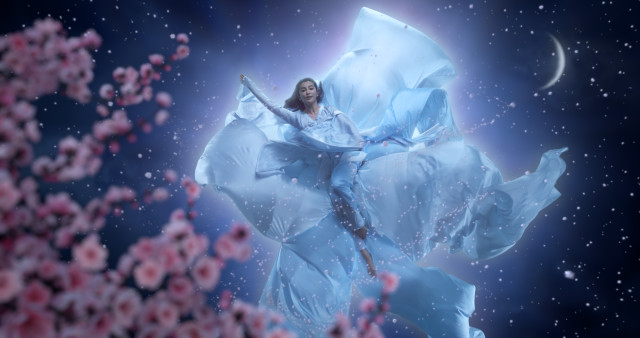 In trying to reach both sides of the globe, with its American producers and enhanced special effects for the western crowd, the film loses its heart and soul, resulting in a severe identity crisis. Often, it is ironically the films that stay true to its roots that receive the highest worldwide critical acclaim, and yes that includes the West. Films like Crouching Tiger, Hidden Dragon, House of Flying Daggers and Ip Man are some of these rare gems from China that have made an international impact for it’s truthful and confident portrayal of its traditional context. This is a rather shameful adaptation that should be forgotten quickly.

Summary: In trying to reach both sides of the globe, the film loses its heart and soul, resulting in a severe identity crisis.