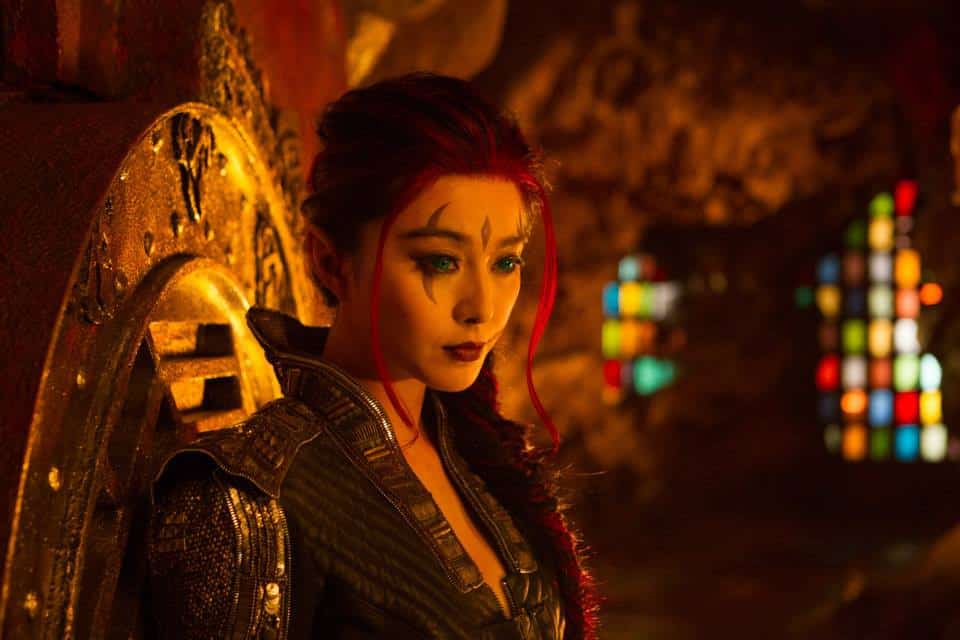 It’s hard to imagine anyone being more poised, beautiful and elegant than Fan Bing Bing. But, dressed down for our exclusive interview in Singapore’s Ritz-Carlton Hotel, with her hair pulled back, Fan looks young and, yes, surprisingly girlish. She talks to us about landing the role of Blink, throwing portals in her imagination, and reveals her desire to marry Hugh Jackman.

What’s it like to be part of the X-Men franchise?

I feel so excited, because I have special powers – I can teleport everything. A car, a building, a human – you, if you want!

Can you tell us a little bit about how you landed the role?

In a meeting with Bryan Singer, when he booked me for the role of Blink, I said to him – ‘Blink isn’t Asian in the comics. So why would you hire an Asian actress to play the part?’ After all, Blink is such an important character in the hearts of fans of the comics. Bryan told me that he had thought about it for a long time, and he wanted to give Blink a face that would surprise the entire world. He told me he’d give me a very cool look.

At the time, I wondered if it was because China has become so important in box-office terms – even Hollywood is looking to the East now, and adding some Asian elements to its films. So I appeared at just the right time, which was lucky for me. 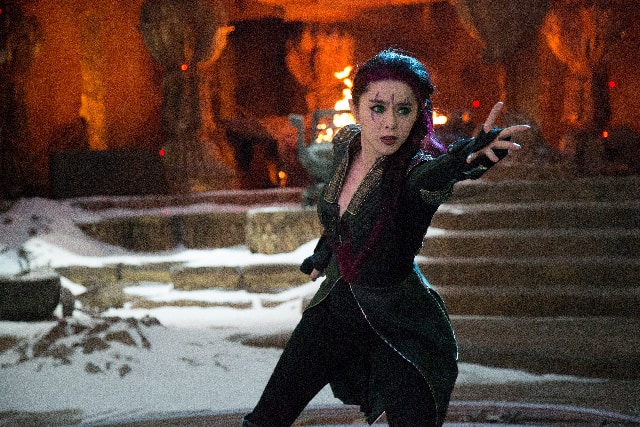 What was the biggest challenge you faced in making this film?

I had to use my imagination – I had to throw portals every day! The director told me that, as long as an area on set was lit up with a pink glow, I had to throw a portal. But there were no special effects for us; we were just doing our work in front of a greenscreen every day. When I watched the premiere in New York the other day, I was stunned, because the final effect – that pink glow – was really beautiful. It really looked like Blink could teleport things in, well, the blink of an eye! Her power looked so cool!

Which actor surprised you the most?

Hugh Jackman – he’s a really nice guy. Also the muscles and the body – he gets naked in the movie! [laughs] Oh my god! But he’s also a really warm, kind guy. He smiles at everyone. He might have been exhausted from working all day, but when he sees you, he’ll still smile very warmly at you. He says he’s just an Australian guy, but he really, truly does come from a very warm, open-hearted country. How great would it be if he weren’t married! [laughs] Joke! That was a joke!

This movie is about Wolverine going back in time. If you could go back in time, what would you change?

I would go back to when I was sixteen years old, which is when I started acting in movies. From that time on, I just worked a lot – my schedule was so packed that I hardly had any time at all to myself. When I hit thirty, I did think to myself that it’s a bit of a pity if there was nothing in my life but work. If I could go back in time to when I first started working, I’d tell my sixteen-year-old self to leave a little space and time for myself.

How would you use your superpower in real life?

Let me think… I’d teleport my boyfriend! [In all seriousness,] I’d use the power to move people in great distress to a very safe place.

If you could choose any superpower, what would it be?

Flying is pretty cool. I always fly in my dreams. I have a lot of the same dreams, and I’m always flying in them – I don’t know why! But that feeling is so liberating, when you can just fly here and there. It’s just a sense of freedom. You can see all the places you want to see.

You’ve gained the nickname of Fan Ye (or Master Fan) in the Chinese media. Do you like that nickname?

[shakes her head adamantly] I think it gives the impression that you can take care of yourself and you don’t need a man to look after you. Actually, I do need that! But maybe everyone thinks that I have a very boyish personality. Maybe, for the Chinese media, they see that I look very feminine but have a very strong, big personality. And they just like giving people nicknames. But I do think that if they keep calling me that, it won’t end well for me. No one would dare to come near me or like me! So no, I don’t like it! 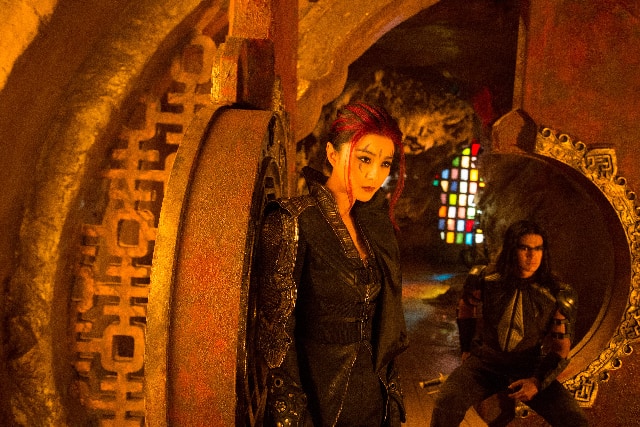 Who would you say gets to see the softer, quieter side of your personality?

My family – my mother and father, my friends and my colleagues. I’m actually very, very willing to be goofy and act a little childish. But I think the media just see a different side to me.

You’ve made multiple films in China. What was it like to move from China to a massive Hollywood film like this one?

It was a wonderful journey. In Hollywood, movies are an industry. The crews are so professional, and the technical teams are all really great. There’s a group of people who just really love movies working on these films. Hugh Jackman, Jennifer Lawrence, Halle Berry – these actors are so experienced. They’re big stars, but we’ve become friends, and that’s a really special thing for me.

X-Men: Days of Future Past is #1 Worldwide & in Singapore