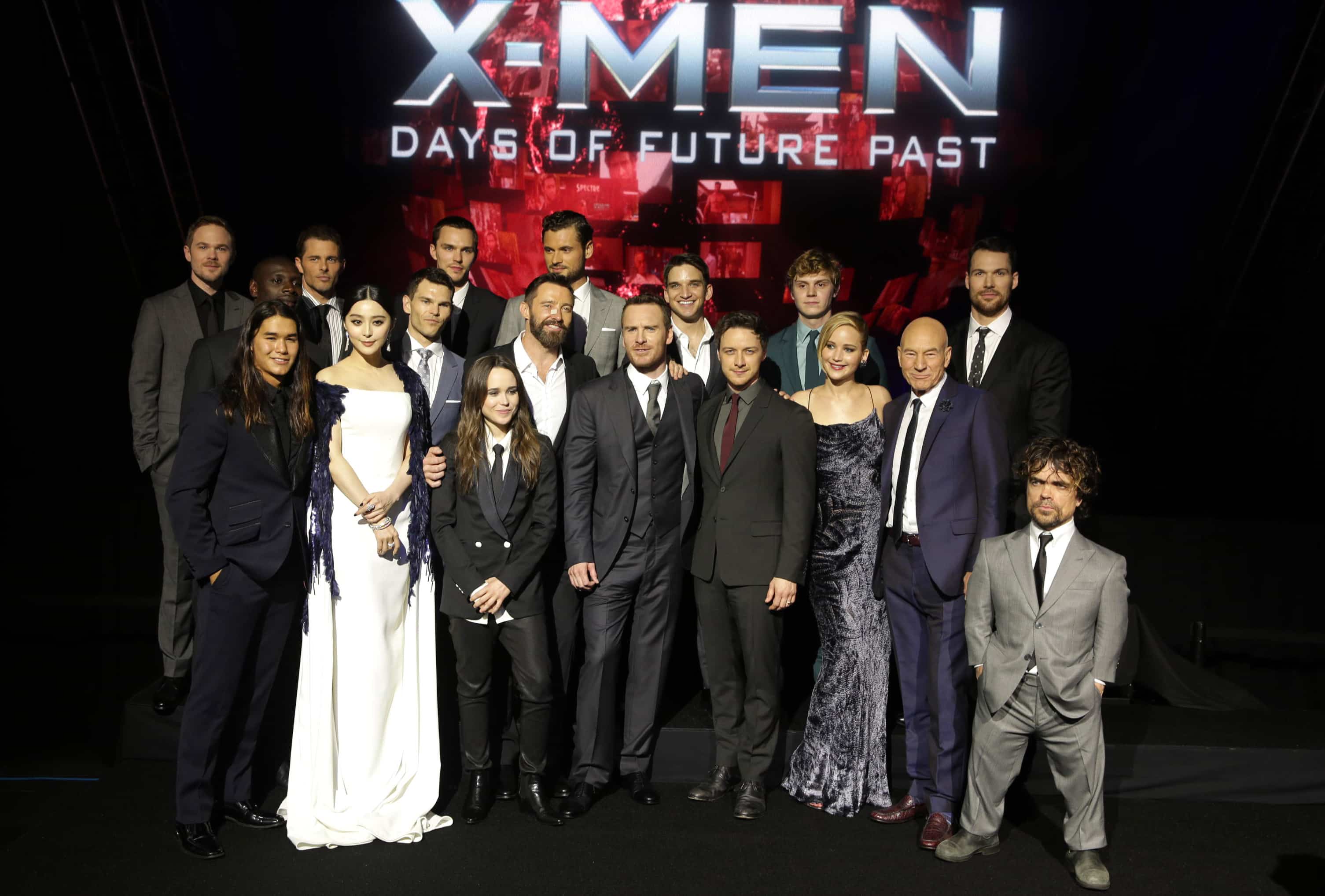 1. NEW YORK PREMIERE, 11 MAY. The X-Men of the future and the past have officially landed in New York City on Sunday, 11 May, as the premiere of X-MEN: DAYS OF FUTURE PAST is officially under way at the Jacob Javitz Center.  The Center is a large convention facility and a special cinema was built inside that center just for this special premiere screening.
On the red carpet greeting fans, signing autographs and posing for selfies were Hugh Jackman (snickt!), Jennifer Lawrence, Michael Fassbender, Patrick Stewart, James McAvoy, Ellen Page, Peter Dinklage, Omar Sy, Fan Bing Bing, Shawn Ashmore, Nicolas Hoult, Adan Canto, Evan Peters, Daniel Cudmore, Boo Boo Stewart, Josh Helman, and Evan Jonigkeit.

2. NEW YORK AFTER PARTY, 11 MAY. The cast was in great spirits following the premiere screening on Sunday, 11 May, in New York City as they attended the after party.

3. LONDON PREMIERE, 12 MAY. It took 2 sets of Magneto’s and Professors X’s to appease the fans in London as the X-Men cast splintered off from NY to spread the X-Men mythology to the rest of the world on Monday, 12 May.
James McAvoy, Patrick Stewart, Michael Fassbender and Ian McKellan charged on to the “blue” carpet in Leicester Square and were greeted by throngs of fans who braved the rainy London weather to get a glimpse of their movie heroes.
The actors were clearly enthusiastic about the reception at the massive event as they signed autographs, shook hands and posed for the requisite selfies with home grown incarnations of Wolverine, Mystique and many of the other X-universe characters.
Also in attendance from the film were screenwriter/producer Simon Kinberg and producer Lauren Shuler Donner, as well as guests Andy Serkis, Stanley Tucci and Wesley Snipes among others.

4. BEIJING PREMIERE, 13 MAY. As though BLINK herself had transported them, the X-Men cast jumped through the portal and landed in Beijing, China, Tuesday, 13 May .
Looking very elegant, Chinese mega star Fan Bing Bing was joined by her handsome co-stars Hugh Jackman and Peter Dinklage to present the film to the Beijing audience where they were greeted by excited fans and paparazzi as they made their way up the blue carpet.  They signed autographs and stopped for photos before they entered the theater to take the stage and present the film to the audience who was anxious to see their heroes on screen.

5. MOSCOW PREMIERE, 13 MAY. The mutant master of magnetism Magneto willed all the cameras in his direction as Michael Fassbender mixed and mingled with fans on the blue carpet in Moscow for the Russian premiere of X-Men: Days of Future Past at the Rossiya Theater.
The fans were clearly thrilled to meet the anti-hero as they clamored for autographs and selfies, and a Russian contingency of various Mystiques, Storms, Rogues, Wolverines and more were on hand to prove that the X-Men are a global phenomenon.

6. SINGAPORE PREMIERE, 14 MAY. In the “blink” of an eye – Hugh Jackman, Fan Bing Bing and Peter Dinklage teleported to Singapore on Wednesday, 14 May, where droves of X-cited fans were waiting for them on the blue carpet at the Shaw Lido Cineplex in Orchard.  The venue was decked out from top to bottom in X-Men art as the trio met fans for autographs and selfies and then posed for what is probably the biggest selfie in Singapore with the actors, presenters and the entire throng of fans backing them up! 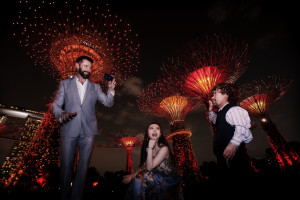 9. SAO PAULO PREMIERE, 15 MAY. Neither the past or future Professor X had to use the mutant mental abilities to draw a huge crowd of enthusiastic Brazilian fans to the premiere of X-Men: Days of Future Past in Sao Paulo.  The event was held on Thursday, 15 May, at the Cinepolis JK Iguatemi Cinemas.

The crowds greeted James McAvoy and Patrick Steward (accompanied by his wife Sunny) to the event where the fans went wild snapping photos and selfies and meeting the X-traordinary leaders of Future Past.

10. MELBOURNE PREMIERE, 16 MAY. The HOYTS Melbourne Central cinema was the host for the Australian premiere of the film as the country cheered its returning hero Hugh Jackman and his X-Men co-stars on the red carpet.

It was quite an event as fans were thrilled to see three of their favorite stars in person.  Peter Dinklage is absolutely beloved in that country.  And according to some sources, the biggest reception from the fans came for Fan Bing Bing who is a superstar to the Chinese fans in Australia.  Some fans were apparently in tears when they saw her, and she looked stunning in Ralph & Russo Spring 2014 couture and Chopard jewels, carrying a silver Giuseppe Zanotti clutch.

In this final massive premiere event, the actors once again delighted fans by posing for photos and selfies and signing autographs, taking the stage to speak to everyone in the crowd and then going in to present the film to the audience that was on the edge of their seats waiting for the newest installment of the X-Men saga.