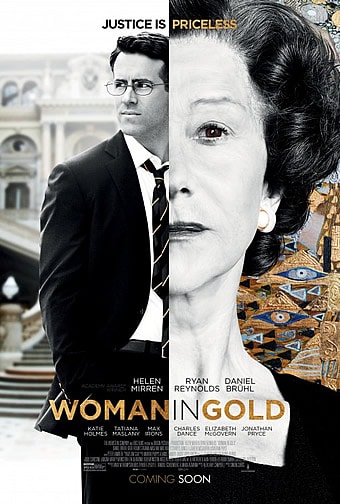 Many a film has been made chronicling the events surrounding the formation of an unlikely partnership. There’s just something about seeing two disparate individuals lock horns and rub up against each other that translates into movie magic. Partnerships don’t get much more unlikely than Dame Helen Mirren and Mr. Wisecracking Deadpool Ryan Reynolds himself, but the weighty subject matter of Woman in Gold (Nazism! Art restitution! Justice!) is fundamentally at odds with the playful, mischievous dynamic between the two leads. The result is a schizophrenic film that can’t quite decide how seriously to take itself. 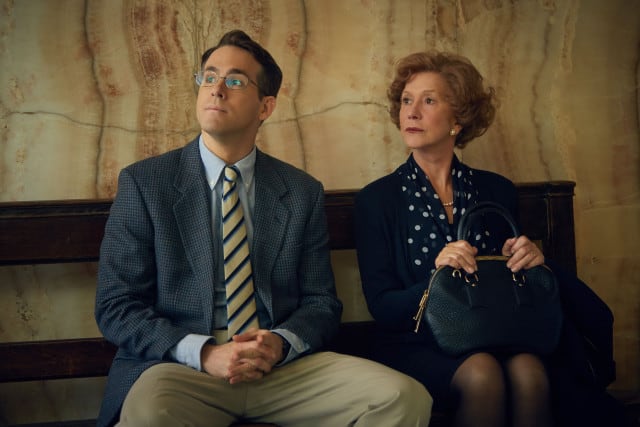 Woman in Gold is based on the true story of Maria Altmann (Mirren), a Jewish refugee who was forced to flee Vienna during World War II. After six decades of living quietly in Los Angeles, Maria comes to hear of the Austrian government’s proposal to reunite the art pieces seized by the Nazis during WWII with their original owners. Deciding to reclaim what is rightfully hers, Maria enlists the help of young lawyer Randy Schönberg (Reynolds) to plead her case to the Austrian authorities, but when the artwork in question is a national treasure like Gustav Klimt’s The Woman in Gold, the bureaucrats are obviously not going to relinquish it without a fight.

Most Singaporeans (this reviewer included) have probably never heard of Gustav Klimt or the painting The Woman in Gold, but if you’re over the age of thirty, you might remember a case that made headlines around the world in 1998, where one woman had the guts to sue the government of an entire country over the ownership rights of a painting. That woman was Maria Altmann, whose Aunt Adele is the figure immortalized in The Woman in Gold. A case as sensational as Altmann’s is ripe with drama for a movie adaptation, and Woman in Gold definitely doesn’t disappoint on that front, faithfully chronicling Altmann’s journey from vintage clothing store owner to international cause célèbre. Mirren’s acting is, of course, faultless. The courtroom drama is also gripping enough, due in no small part to Reynolds’ performance as Schönberg, and the flashback scenes featuring Orphan Black‘s Tatiana Maslany as a younger Maria in Nazi-occupied Austria showcase both Maslany’s considerable histrionic talent and the bleakness of the period admirably. 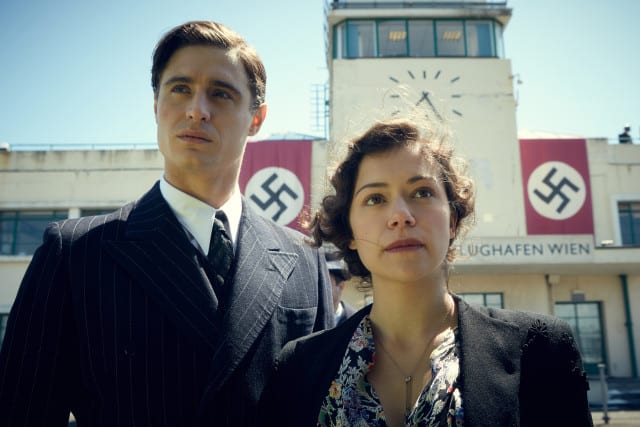 Unfortunately, Woman in Gold negates the dramatic gravitas bestowed upon it by Mirren and Maslany somewhat by going too far down the path of the kind of fare that Reynolds became famous for. Much mirth is derived from the generational gap between Schönberg and Maria, and from the portrayal of Maria as an eccentric old lady, which is fine in itself, but not when the import of the situations they find themselves in becomes trivialised as a result. While not every scene features some kind of witty quip or smart retort, enough do for the audience to become slightly befuddled about the kind of tone that Woman in Gold is aiming for. The fact that the comedic rapport between Mirren and Reynolds actually feels organic and genuine just adds to the general confusion.

The film, however, has to be commended for allowing German to be the primary language of the flashback sequences, in accordance with what Altmann and her family members would actually have spoken in Austria. A good one third of the film is in German as a result, and Max Irons was made to learn the language from scratch in order to play the role of Maria’s husband Fritz (Tatiana Maslany, on the other hand, was already trilingual in English, French and German before being cast). Strangely enough, Daniel Brühl, in his role of Austrian journalist Hubertus Czernin, doesn’t speak a word of German in the film, but that’s a small concession to make in exchange for historically accurate dialogue. 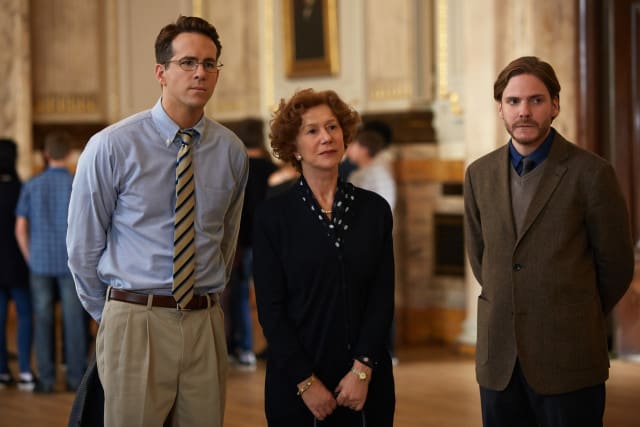 If the makers of Woman in Gold had excised some of the grimmer flashback sequences from its final cut, the light-heartedness grafted upon the proceedings might have come across as less aberrant. As it is, the Holocaust and witty banter make for strange bedfellows. None of this, however, should detract from the incredible life story of Maria Altmann, which remains a compelling subject even after being deconstructed by three documentaries and countless books.

Summary: Too tonally uneven to make a lasting impact, but cast performances and a compelling source material prevent Woman in Gold from becoming a total washout.