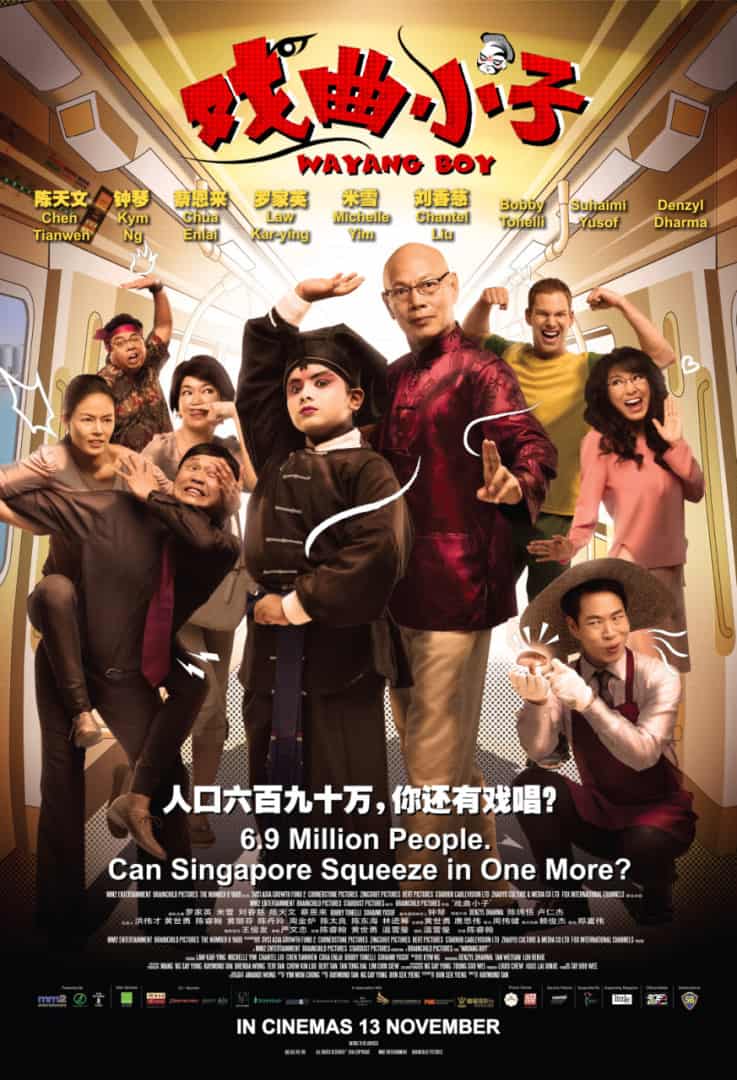 What with the abysmal standard of some of the most recent local cinematic offerings (cough The Lion Men cough), the commercial cold shoulder others have received despite the best of intentions (Meeting the Giant, Afterimages) and the non-furor over the banning of Tan Pin Pin’s To Singapore with Love, it’s safe to say that the local film industry is in somewhat of a slump at the moment. In comes Wayang Boy to the rescue, an unassuming little piece that isn’t likely to be a critics’ darling anytime soon, but which nevertheless restores your faith in the ability of a local movie to engage in (politically safe) social satire and please the heartlanders at the same time. 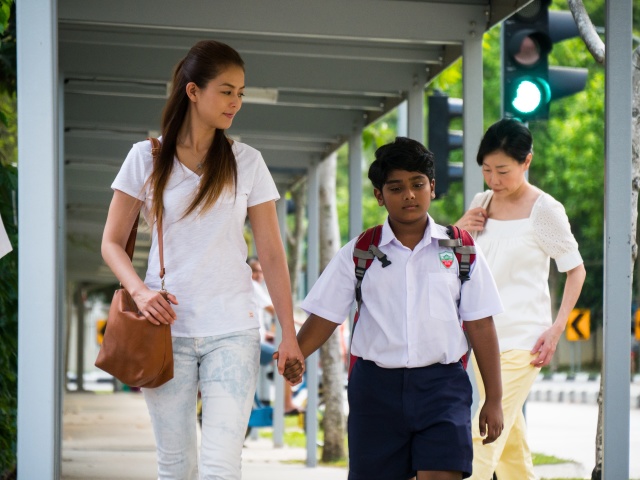 The basic premise of Wayang Boy is pretty simple: Foreign talent comes to Singapore, experiences culture shock and some not-so-subtle discrimination, eventually bonds with the locals and lives happily ever after. Ho-hum. But what’s different is that the so-called foreign talent is a ten-year-old boy named Raja (Denzyl Dharma), who has been forcibly plucked from his home in India by his Chinese stepmother Emma (Chantel Liu) and dragged to our sunny shores. If that doesn’t already strike you as a little bizarre, there’s more to come. After getting into a fight with new classmates Shi Han (Tan Wei Tian) and Xavier (Loh Ren Jie), Raja is thrown into detention by the kooky school principal (Chua Enlai), upon which the enterprising Chinese Head of Department Mr. Kwok (Law Kar Ying) imposes his own brand of cruel and unusual punishment by recruiting the three delinquents for his nascent Chinese Opera troupe. The students have only three weeks to prepare for the performance of their lives when Queen Elizabeth II swings by their school for a royal visit, but it remains to be seen whether they can set aside their differences and work towards a common goal. 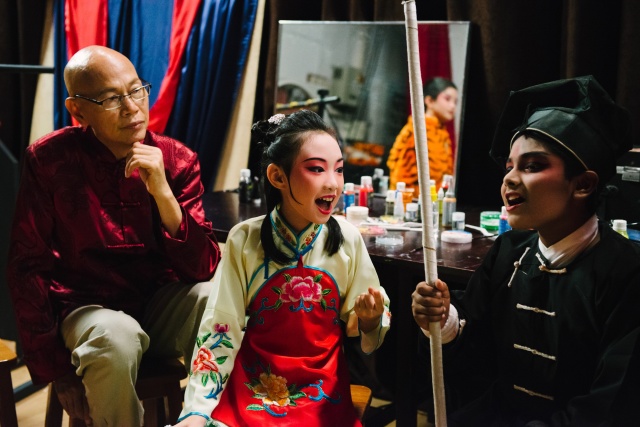 And that’s just the main plot. Wayang Boy has several other plot threads running throughout its length, including the face-off between Xavier’s father (Chen Tianwen) and his Australian expat boss (Bobby Tonelli) and typical auntie Lucy’s (Kym Ng) perennial dream of a new car. This might seem a little messy, but Wayang Boy does a fairly good job at tying the various plot threads together, such that the audience never feels like it’s watching various disjointed short films instead of a coherent feature-length one. The central theme of foreign talent is deftly employed to weave the bits and pieces of the plot together, resulting in a multi-faceted commentary on a hot-button issue that is sure to resonate with many Singaporeans. Wayang Boy’s thematic breadth, however, comes inevitably at the cost of depth, as things are resolved a little too quickly and neatly at the film’s resolution. The tension between locals and foreign nationals in the film is too well-evoked and enacted for the characters’ sudden about-turns to feel satisfying or realistic. 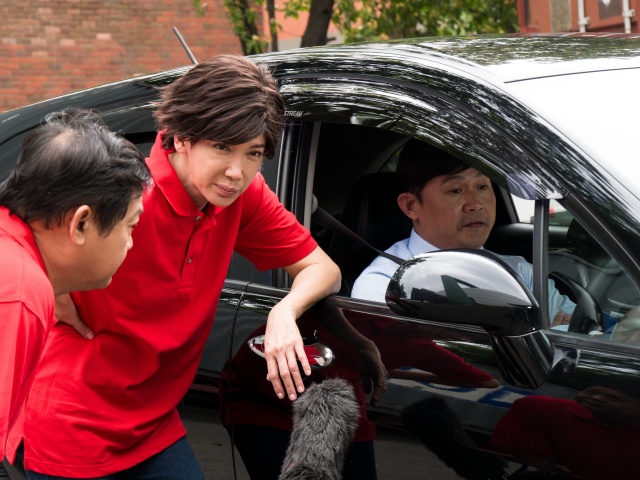 One thing that the film has to be congratulated for, however, is in its discovery of the three child actors who play the leads. Denzyl Dharma is an absolute revelation in his portrayal of the multilingual Raja (yes, he speaks Chinese) and the ease by which Tan Wei Tian and Loh Ren Jie play their characters should make many a newbie actor cry into their soup. The adult cast is no slouch either. Apart from the you-have-to-hear-it-to-believe-it spectacle of Chua Enlai speaking Chinese, Kym Ng is a terrific hoot as a shameless auntie and Hong Kong veterans Law Kar Ying and Michelle Yim seem to have left their storied careers at the door to play occasionally silly characters with relish. The script is a rather hit-and-miss affair though, alternating between pun-tastic one-liners and cringe-worthy dialogue. Some of the more physical gags also fall flat, and there is one extremely obvious plot twist that you will see coming from a mile away, which is why this reviewer can’t applaud Wayang Boy as wholeheartedly as he would have liked. 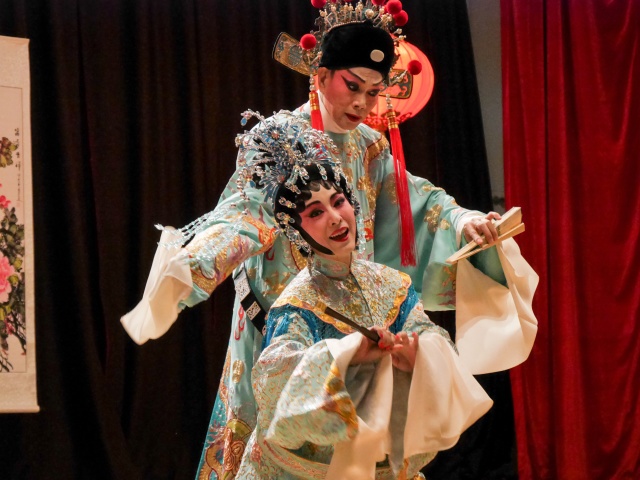 As a pleasant and uncomplicated dose of locally-flavoured fun, Wayang Boy is heads and shoulders above its most recent predecessors in the same vein. That doesn’t automatically make it superlative in any sense of the word, but the film does have its moments. It’s hard to dislike a film when it reaches out to you with as much heartfelt sincerity as Raja does to his new friends and one of the final scenes, overly rushed conclusion notwithstanding, will send a warm glow to your heart. 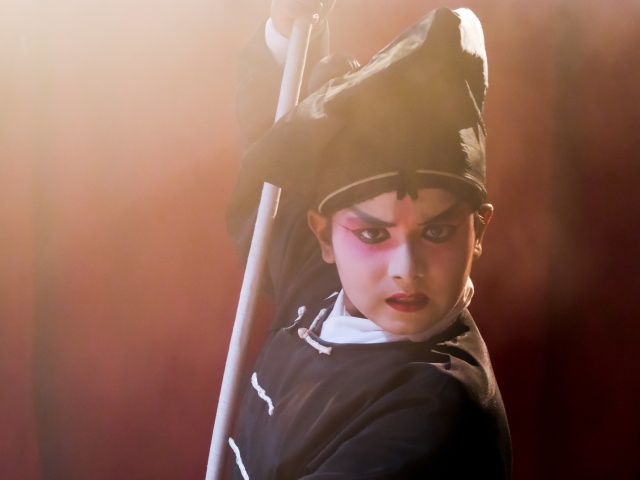 Summary: A little rough around the edges, but earnest and sincere in its attempts to entertain, Wayang Boy is like that friendly foreigner that wants to get to know you better but hasn’t quite mastered the local way of communicating yet.