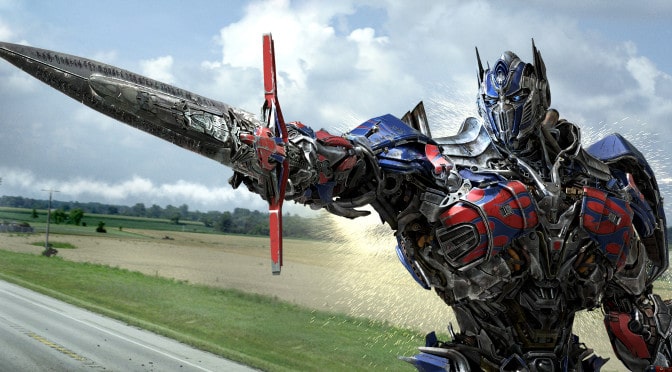 As reported here a while ago, Michael Bay’s Transformers: Age Of Extinction will be having it’s world premiere on 19 June in Hong Kong. That’s today!

And we’ll be streaming, right here, the the red carpet arrivals of Michael Bay, Mark Wahlberg, Nicola Peltz, Li Bingbing and a special 45-minute live performance by Imagine Dragons of the movie’s theme song, Battle Cry, along with some of their hits.

Remember to check back here tonight at 9.30pm! The screen’s right below:

‘Transformers: Age of Extinction’ follows the story of a mechanic and his daughter Tessa as humanity picks up the pieces following the attacks of ‘Transformers: Dark of the Moon’. The Autobots and Decepticons have all but vanished from Earth, but when a group of businessman and scientists attempt to learn from the past Transformer incursions and an ancient, powerful Transformer threaten to destroy the planet, the robots are forced into a war yet again.

In the meantime you might want to check out a short lil’ preview/ featurette of Imagine Dragons, and some robots running amok in Hong Kong here:

Transformers: Age of Extinction opens in cinemas on 26 June 2014.