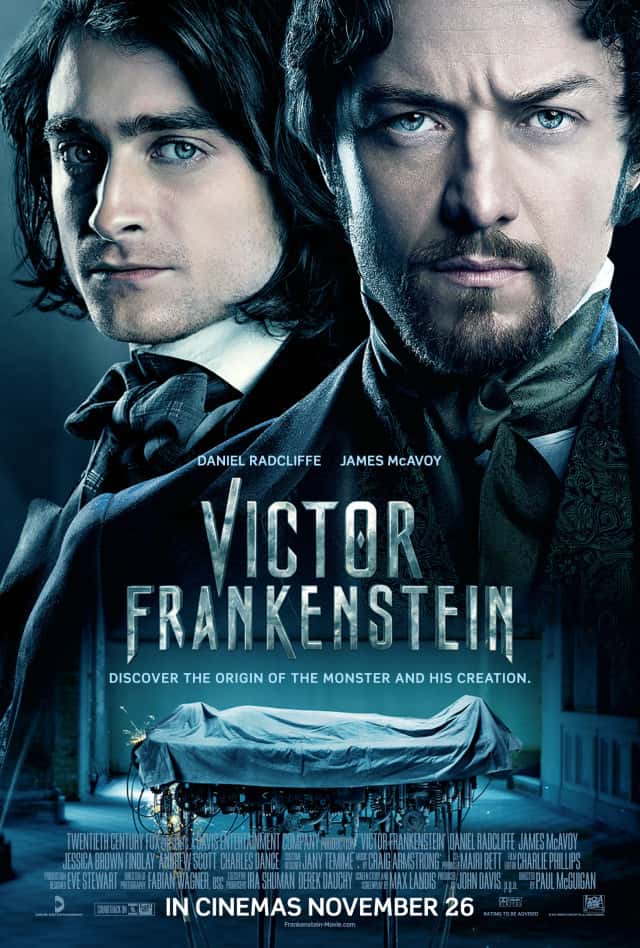 A classic tale is struck with a new spark in this adaptation of the landmark Mary Shelley novel. A nameless hunchback circus freak (Radcliffe) with a penchant for anatomical science has his life changed when he is rescued from the circus and taken in by Victor Frankenstein (McAvoy). Frankenstein is a medical student who is embarking on radical, controversial experiments to bring living beings back from the dead. The hunchback assumes the identity of “Igor Strausman”, Frankenstein’s former flatmate. Inspector Turpin (Scott) of the Scotland Yard is convinced that there is something fishy about Frankenstein and his new associate, the nature of their experiments offending Turpin’s religious sensibilities. In the meantime, Igor pursues a relationship with circus aerialist Lorelei (Findlay), whom he has long harboured affections for. As Frankenstein becomes increasingly obsessed with his experiments, Igor finds himself caught in a web of monsters and madness.

Frankenstein; or, the Modern Prometheus, is a massively influential work that has been adapted countless times across multiple mediums. This version is told from Igor’s point of view and is kind of “The Social Network in the 19th Century”, with two friends collaborating on a project that will have untold ramifications. There are significant departures from the source material – after all, Igor wasn’t even in the original novel. However, Victor Frankenstein does get a lot right in not straining to be a drastic reinvention or to turn everything on its ear. This is still a science fiction horror story and the heady themes so crucial to the longevity of the tale are very much intact and expounded upon. 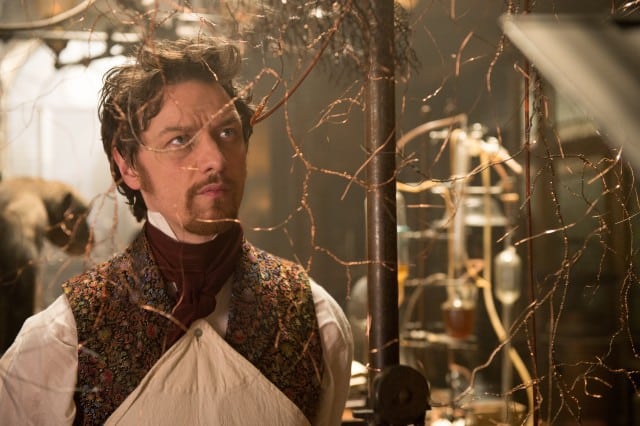 Adapted by Max Landis of Chronicle fame, there are knowing winks and nods in the dialogue and there is explicit acknowledgement of the misconception that “Frankenstein” is the name of the monster instead of the scientist. There’s even a line about a “Presentation in Hall H,” a reference to the San Diego Convention Centre hall that hosts Comic-Con’s largest movie panels each year. It is sometimes smart-alecky, but never overwhelmingly so. The tone is consistent, moody and grave with just the right concessions to campiness. The gloomy, gothic Victorian London setting is heightened without being goofy, Eve Stewart’s production design and Jany Temime’s costume design lending the project considerable period piece cred. Director Paul McGuigan employs some neat stylistic flourishes, most notably superimposing annotated anatomical diagrams onto the image, which is a fun visual device. 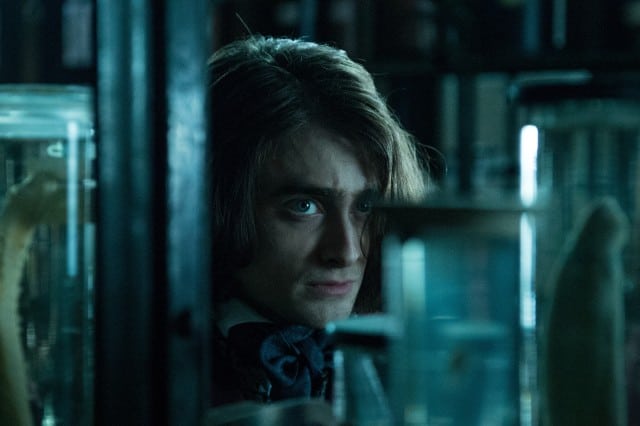 The film’s two leads are invaluable assets and in their hands, the “mad scientist bromance” comes off as a viable and compelling angle from which to approach the story. Radcliffe is eminently vulnerable and sympathetic as Igor, a character who is given multiple dimensions and is satisfyingly developed past the shambling, subservient hunchback he is commonly depicted as. McAvoy tackles the Frankenstein role with brio, this is clearly a man possessed but his motivations do come from an honest place. McAvoy partakes in histrionics and ravenous scenery-chewing, but he always seems in control of the theatricality and doesn’t let the over-the-top elements of the role run away from him. McAvoy and Radcliffe have marvellous chemistry and the film revels in its homoerotic subtext. Their relationship is genuinely affecting and the duo bring out the sincerity in a story that can be very cynical. 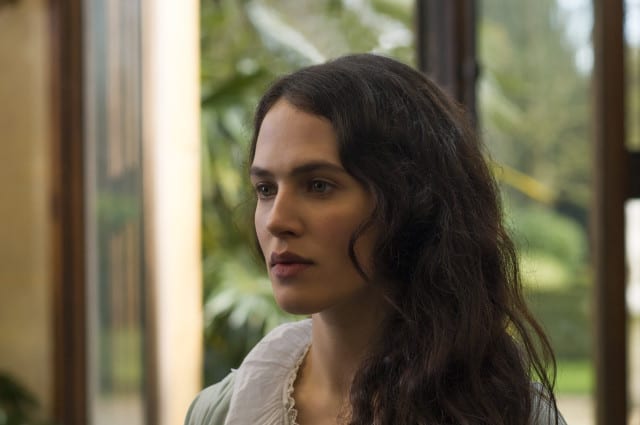 Because so much of the film is focused on Frankenstein and Igor’s partnership, the supporting characters do get the short shrift. Both Lorelei and Turpin are somewhat under-written roles that can’t help but feel like the designated love interest and antagonist respectively. Since Radcliffe shares so much more chemistry with McAvoy than with Findlay, the romance between Igor and Lorelei feels entirely peripheral to the relationship between Igor and Frankenstein; this was likely intentional. Scott, best-known for his portrayal of Moriarty in BBC’s Sherlock, delivers a terse performance that is ultimately not very arresting. Turpin’s personal beliefs are a way of depicting the conflict of science and religion, which is heavy-handed in parts. Charles Dance makes an all-too-brief brief appearance as Frankenstein’s haughty, disapproving father.

When a studio rolls out yet another iteration of a beloved tale, with the producers promising a take “like nothing you’ve ever seen before,” one can’t help but roll one’s eyes. Victor Frankenstein introduces new elements to the story that do not seem awkwardly out of place. The relationship on which the story hinges is fleshed out and there’s a vibrancy to the storytelling as opposed to a self-important stuffiness. Instead of coming off as an unnecessary re-tread, Victor Frankenstein feels like a retelling that is clever enough to justify its existence. There is also just the right amount of gore – it doesn’t feel like the filmmakers are pulling any punches, which is rare for a PG-13 horror movie. The explosive sexual tension between the leads certainly doesn’t hurt either. 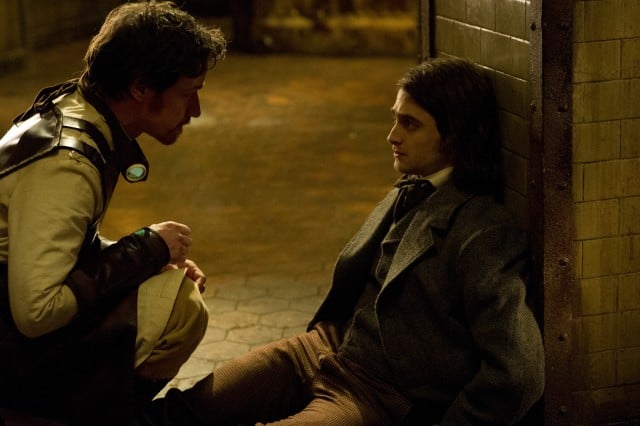 Summary: Assured in tone and boasting electrifying lead performances, Victor Frankenstein is a dynamic, entertaining retelling of the sci-fi/horror classic. 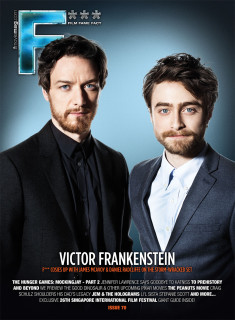