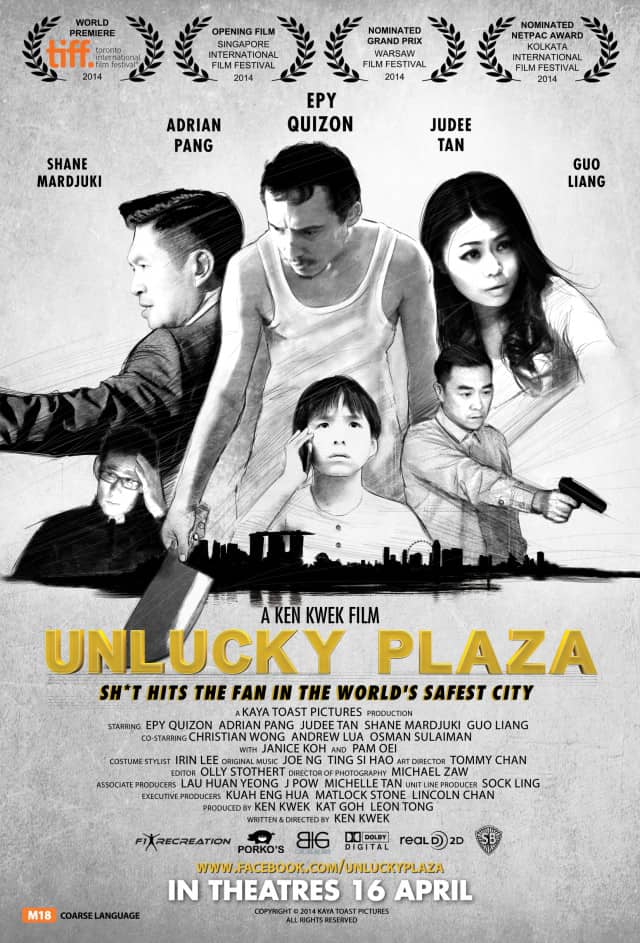 Is there any other Singaporean director more acquainted with controversy than Ken Kwek? His previous film, Sex.Violence.FamilyValues, was initially banned by the Media Development Authority over concerns of racism and, following an appeal, allowed a two-week, single-screen run over here. But this has not deterred Kwek from wading into shark-infested waters and touching on sensitive topics like xenophobia and racism in his latest film, Unlucky Plaza. 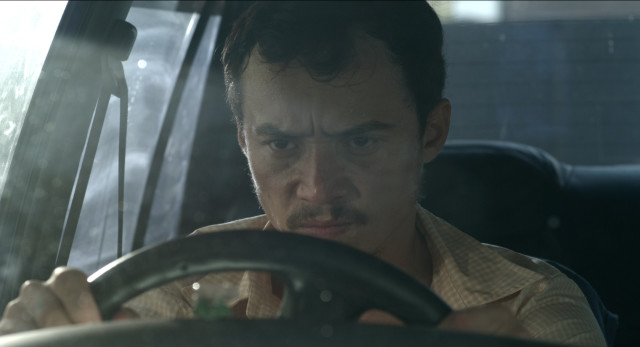 The film, which premiered at the Toronto International Film Festival, is also set to open the Singapore International Film Festival, which runs this month. It tracks three zigzagging narratives. The central one is about Onassis Hernandez (Quizon), a Filipino running a diner in Singapore. He has a son, Popoy (Christian Wong), from a failed marriage to Cindy (Koh), a Singaporean. A spate of salmonella cases winds up leaving his restaurant business in ruins, and this, coupled with a rental spike from his landlady Mrs Heng (Oei), leaves him in desperate financial circumstances. There’s also Michelle (Tan), who feels stuck in a marriage with Terence (Pang), a motivational speaker who makes money by teaching others how to make money. Unknown to the public, Terence owes a huge sum of money to a PRC loanshark (Guo). Michelle’s recent miscarriage, as well as her husband’s debt, puts a strain on their marriage, driving her to seek solace in her pastor, Tong Wen (Mardjuki), with whom she eventually starts an affair.

Michelle eventually finds Onassis and, thinking she is doing him a favour, decides to rent out her apartment to him for an amount he cannot resist. Unknown to him, this is a scam. Unknown to both of them, this is the catalyst that will set in place a series of events that will cause the lives of all the characters to collide in a disastrous way. 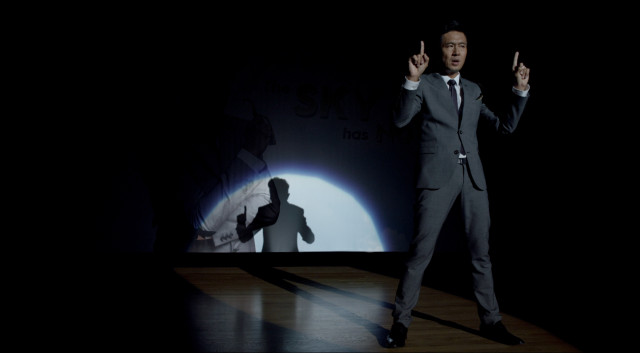 Some of the plot developments may stretch plausibility at times (even if the film is based on a true story), but the great performances by the cast sell the film, and make the characters believable. Mardjuki, in particular, is fascinating as a slightly socially awkward pastor, coming up with a set of squirmy gestures that signal his character’s discomfort so clearly, and his character’s discomfort seems most obvious when he is in close proximity to Michelle.

The film’s flashbacks and chronology-jumping structure does drain it of some tension – a starting prologue featuring Onassis, Michelle, and Terence pretty much establishes that they emerged unscathed from whatever situation they get themselves into later on in the film, and despite what transpires in that final act, you never really worry for their lives. But while the suspense does lag a bit because of the narrative structure, this actually allows you to pay more attention to what is happening in the moment. Doing away with the whole “Are they going to die?” question allows you to stop worrying about the characters and enjoy the absurdity and humour of the situations they find themselves in. It’s no surprise that the final act – the kidnapping sequence – is also the film’s funniest one. 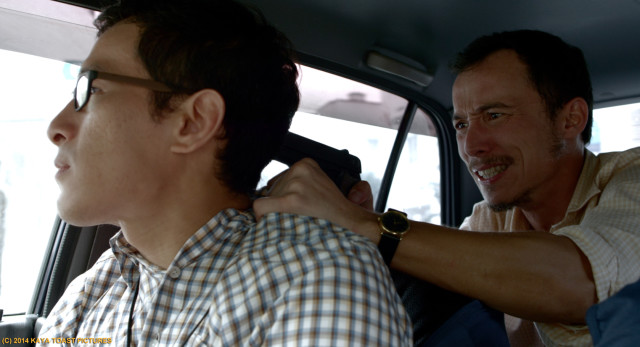 While the film raises a whole host of issues (the tensions between locals and foreigners, the tricky and nebulous concept of what being a “Singaporean” means, the pitfalls of wealth inequality etc.), it never really offers any insight into the topics it touches on. It’s a bit of a pity, because it seems to be setting up this pointed social commentary on capitalism and xenophobia. But the social commentary peters out towards the end, leading to some overfamiliar ideas – for example, that capitalism makes pawns and victims out of us all.

But that’s not an indictment on the film, because films don’t always need to have to say anything. The film mocks xenophobia and the hypocrisy of the religious, two hot-button issues in Singapore right now, and I think that’s enough of a statement as it is. 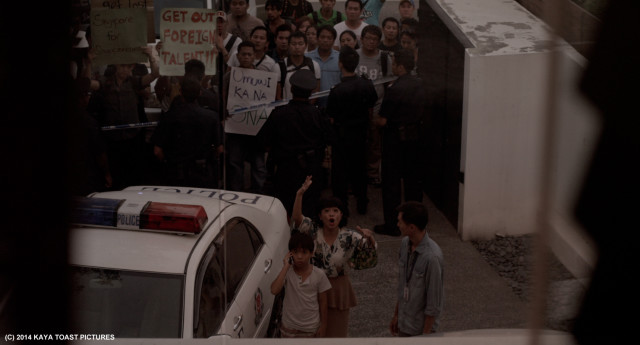 What’s more, the film is a great deal of fun. While the film doesn’t have anything particularly original to say, it is still a bitingly funny comedy, filled with jokes that are rooted in the Singaporean context – some of which, I think, will be lost on those who aren’t born and bred here. Even its title is an inside joke on the name of the building, Lucky Plaza, which is a common haunt for Filipinos living in Singapore. It’s so rare to see local genre films that work, and Unlucky Plaza is one of those rare success stories.

Summary: A wonderful dark comedy with a refreshingly local flavour.