“Achieving this historic benchmark with the unparalleled support from our partners in China has been a spectacular experience for our studio,” said Brad Grey, Chairman and CEO of Paramount Pictures. “We’re honored by the deeply passionate response from Chinese audiences – and audiences throughout the world –to ’TRANSFORMERS: AGE OF EXTINCTION’ and the unique storytelling of Michael Bay. The many new relationships we have built with members of the creative community in China is a source of great pride and we look forward to collaborating with them in the future.”

Rob Moore, Vice Chairman of Paramount Pictures announced, “We want to acknowledge the great work of China Film Group in the distribution of TRANSFORMERS. We also want to thank Jiaflix and China Movie Channel for their tremendous contributions, our partners since early 2013, they were integral to delivering these record breaking results. The opportunity to later partner with M1905, China Movie Media and Hua Hua, and to reach this level of success, is beyond even our expectations. We are humbled by the passion and interest of the Chinese audiences for the TRANSFORMERS universe and look forward to future productions, including the already announced co-production ‘MARCO POLO’ with China Film Group, as we jointly aim to bring the very best in entertainment to audiences around the world.” 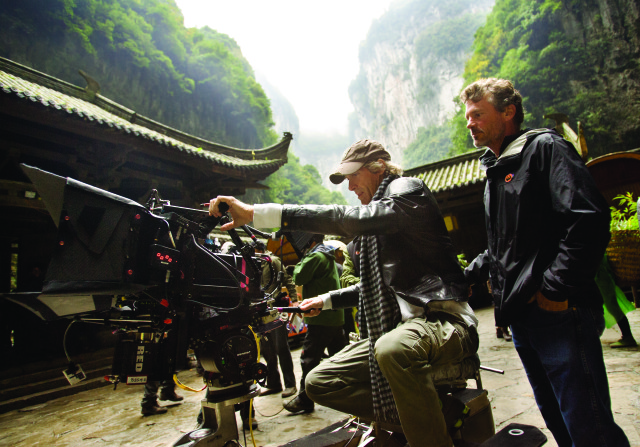 In China, where “TRANSFORMERS: AGE OF EXTINCTION” was partially shot, the film earned $92M in its opening weekend, more than doubling the TRANSFORMERS: DARK OF THE MOON result and representing a record for the largest opening weekend for a film. On its opening day Friday, June 27, the film earned $30M, a record for the largest opening day for a film in China.

The fan favorite movie continued the series’ tradition of box office reign with over $600M earned worldwide since its opening on June 27th. Opening in 37 international territories and North America, and introducing a new chapter in the TRANSFORMERS universe, the film earned $185,397M domestically and $421.2M internationally thru Tuesday, July 8th.

Bay’s “TRANSFORMERS: REVENGE OF THE FALLEN” in 2009 grossed more than $830 million worldwide. In 2011, “TRANSFORMERS: DARK OF THE MOON” was an even bigger hit worldwide, grossing more than a billion dollars to become the 7th highest grossing film of all time and earning $165M in China.