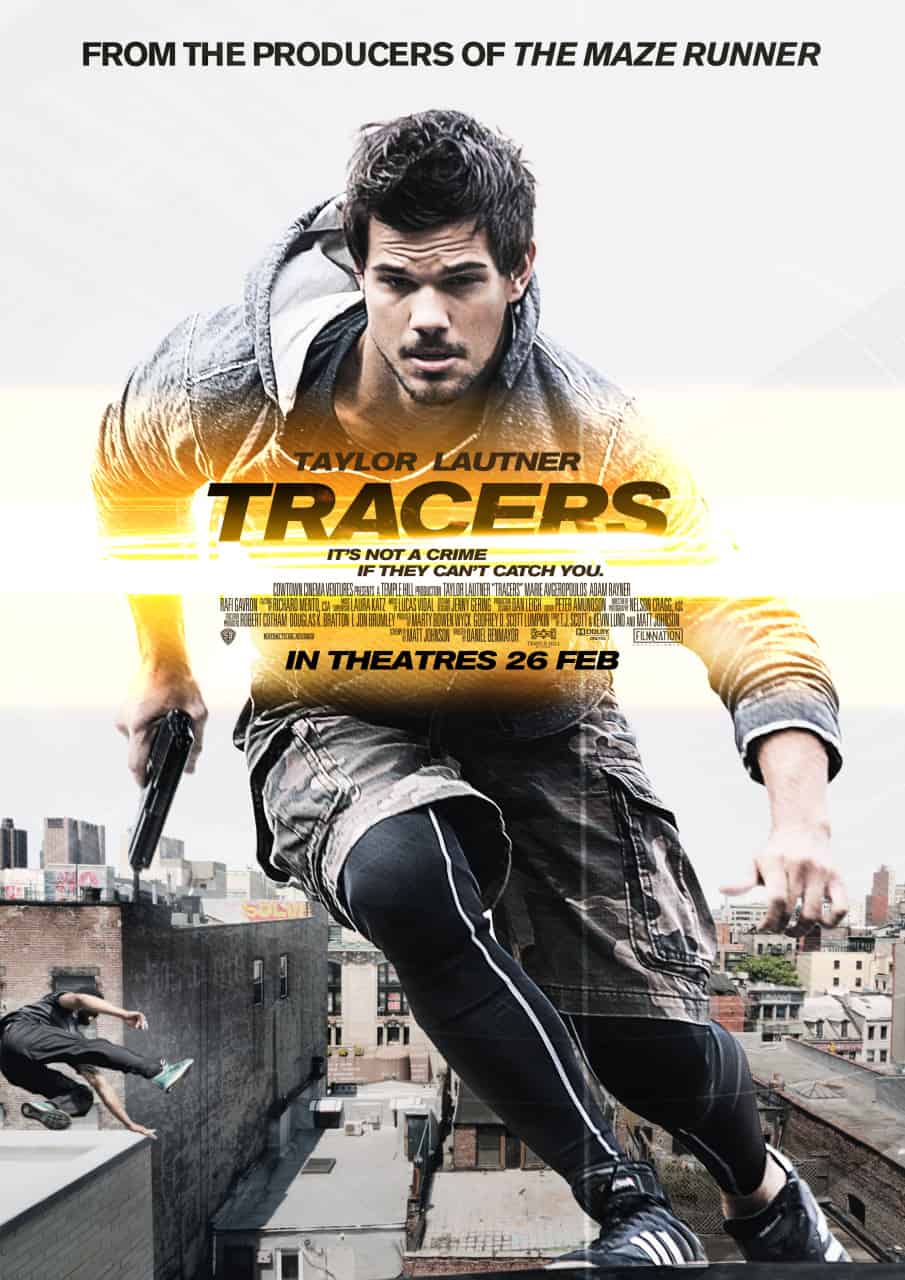 There’s a track from Eric Serra’s musical score for GoldenEye called “Run, Shoot and Jump”. Taylor Lautner takes this advice to heart in Tracers, an action thriller focusing on the sport of Parkour – the practitioners of which are called “traceurs”. Lautner plays Cam, a New York bike messenger who is down on his luck and heavily in debt to Chinese mob loan sharks. After a chance encounter with traceur Nikki (Avegeropoulos), Cam becomes curious about the sport he sees her practice. He eventually earns his stripes to be a part of Nikki’s clique, which is led by the mysterious Miller (Rayner) and also includes Nikki’s brother Dylan (Gavron). Naturally, Cam begins to fall hard for Nikki as he finds himself in over his head in the seedy organized crime underbelly – while trying to keep that same head from going “splat” all over the pavement.

In the 90s and early 2000s, there was no shortage of “XTREME!” sports movies, in which the plots were mere clotheslines on which to hang action set-pieces showcasing everything from snowboarding to surfing to mountain climbing. Tracers feels like one of those films, almost embarrassingly dated in its attempts to come off as cool. The film was shot in 2013 and it is now 2015. The novelty factor of Parkour has more or less worn off. By the time the Punisher blasted henchmen traceurs out of the air with the utmost insouciance in 2008’s Punisher: War Zone, parkour was already passé. Granted, it is a difficult, dangerous sport that requires plenty of skill and effort to master; stunt choreographers Gary Powell and Lee Morrison of the recent Bond films assembling some impressive feats of physical prowess here. However, the technical aspects of the film are unable to keep up with the athleticism of the performers – apparently, director Daniel Benmayor thinks shots of someone’s shoe about to accidentally smash into the camera lens are exciting. 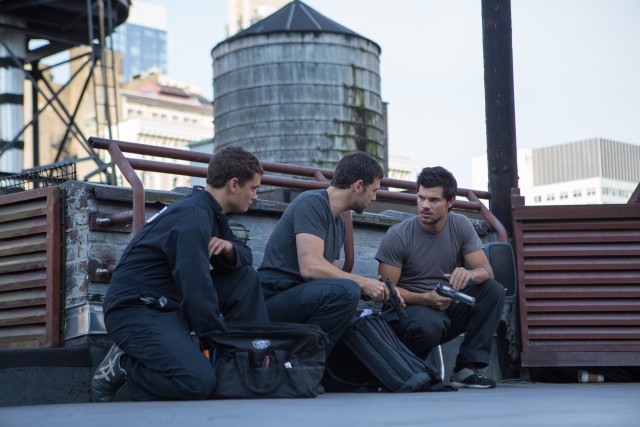 If you get a kick out of seeing traceurs negotiating concrete jungles with ease and agility, there are demo reels of various Parkour teams doing their thing all over YouTube, and those aren’t saddled with a melodramatic romance. Taylor Lautner’s attempt at headlining an action movie, Abduction, was laughable and he fares little better here, proving you need more than just athleticism to become a bona fide action hero. He handles all the stunt work competently and his background as a martial arts champion comes in handy but it’s impossible to buy him as a bad boy. Lautner’s appeal has always been that he’s more like a puppy than a guard dog and in Tracers, the tattoos and scruffy facial hair he sports feel very much like merely superficial traits. 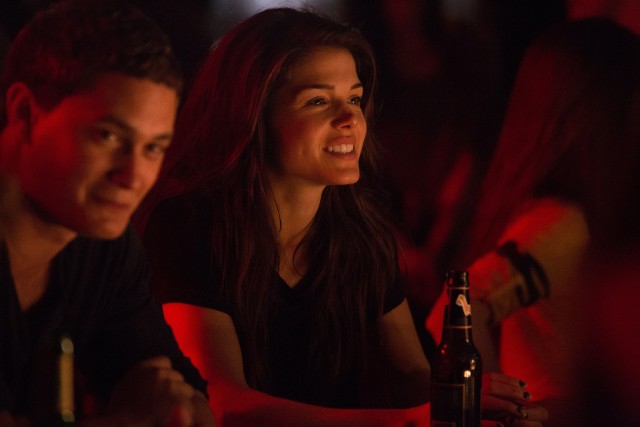 Marie Avgeropoulos from TV’s The 100 is the stock tough girl who reluctantly shows the rookie guy the ropes and finds herself falling for him even though she told herself she wouldn’t. We’ve seen this in everything from Point Break to Avatar and at one point, Nikki actually turns to Cam and goes “try to keep up”. They first encounter each other by means of a meet cute – she literally falls on his bike. Taking further pages from the Point Break playbook, there’s a gruff mentor figure who waxes faux-philosophical about the extreme sport in question. Thing is, Adam Rayner is far from remotely a match for Patrick Swayze, who was magnetic and commanding where Rayner is dull and unconvincingly tough. The organized crime elements, including Chinese, Vietnamese and Russian gangs, are all stereotypes through and through. No matter how many musclebound heavies Tracers tosses in, the threat just never takes hold. 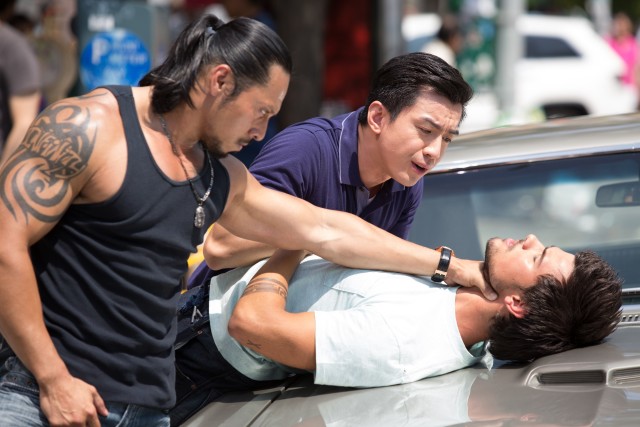 Every other review of this film will probably use the exact same line, but we’ll follow the movie’s lead and be unoriginal: Tracers is aptly named because it traces over so many movies that have come before. There is a glimmer of excitement to the Parkour sequences, but when surrounded by a trite crime story and led by an incapable leading man, Tracers often ends up doing a faceplant on the New York asphalt.

Summary: Skip – or rather, vault over – this disposable extreme sports flick.