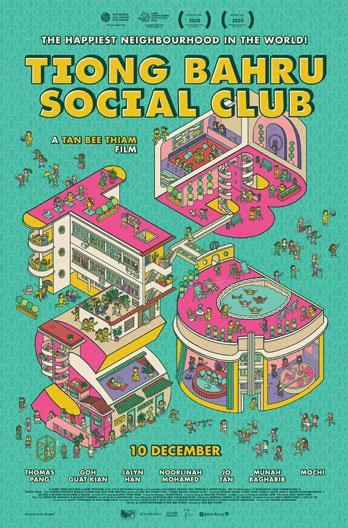 The Low-Down: How does one measure happiness? We know when we feel happy or unhappy, but are there empirical values that can be attached to that? In this Singaporean satirical comedy-drama, the idea of what it would take to make the happiest community in the world is explored. 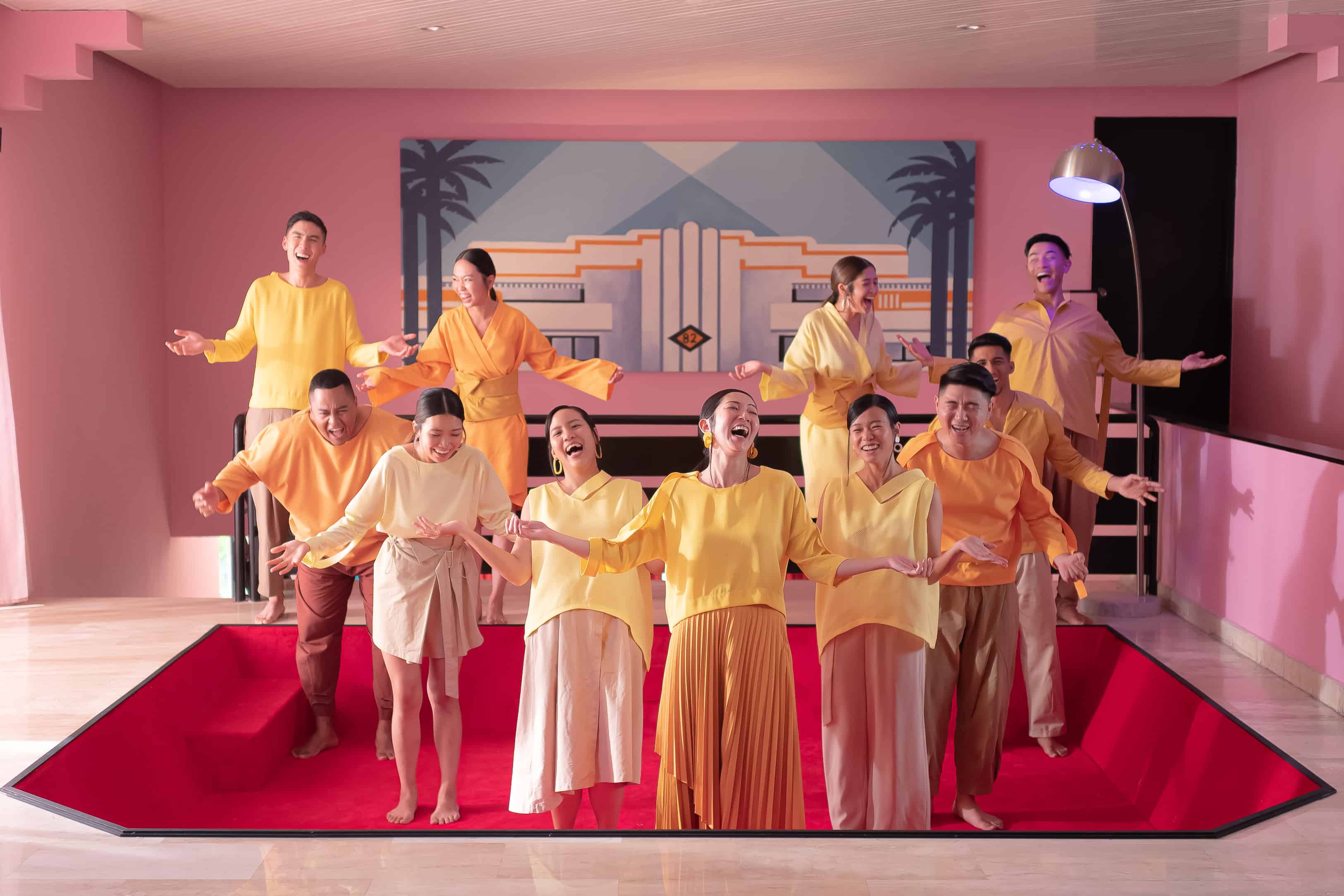 The Story: Ah Bee (Thomas Pang) lives with his mother Mui (Goh Guat Kian) in the Pearl Bank apartment complex. Now 30, Ah Bee must step out on his own. He joins the Tiong Bahru Social Club, an experimental community, as a Happiness Agent. Overseen by manager Haslinna (Noorlinah Mohammed), all the residents of the community wear a ring that monitors their happiness levels and are constantly surveilled. Ah Bee is assigned to care for his senior client, Ms Wee (Jalyn Han), an eccentric cat lady who doesn’t buy into the whole “happiest society on earth” rhetoric. Ah Bee meets other Happiness Agents, including Geok (Jo Tan) and Orked (Munah Bagharib), but he soon finds that this almost-cult of enforced happiness might not be the best place for him, and must figure out if he belongs in Tiong Bahru Social Club. 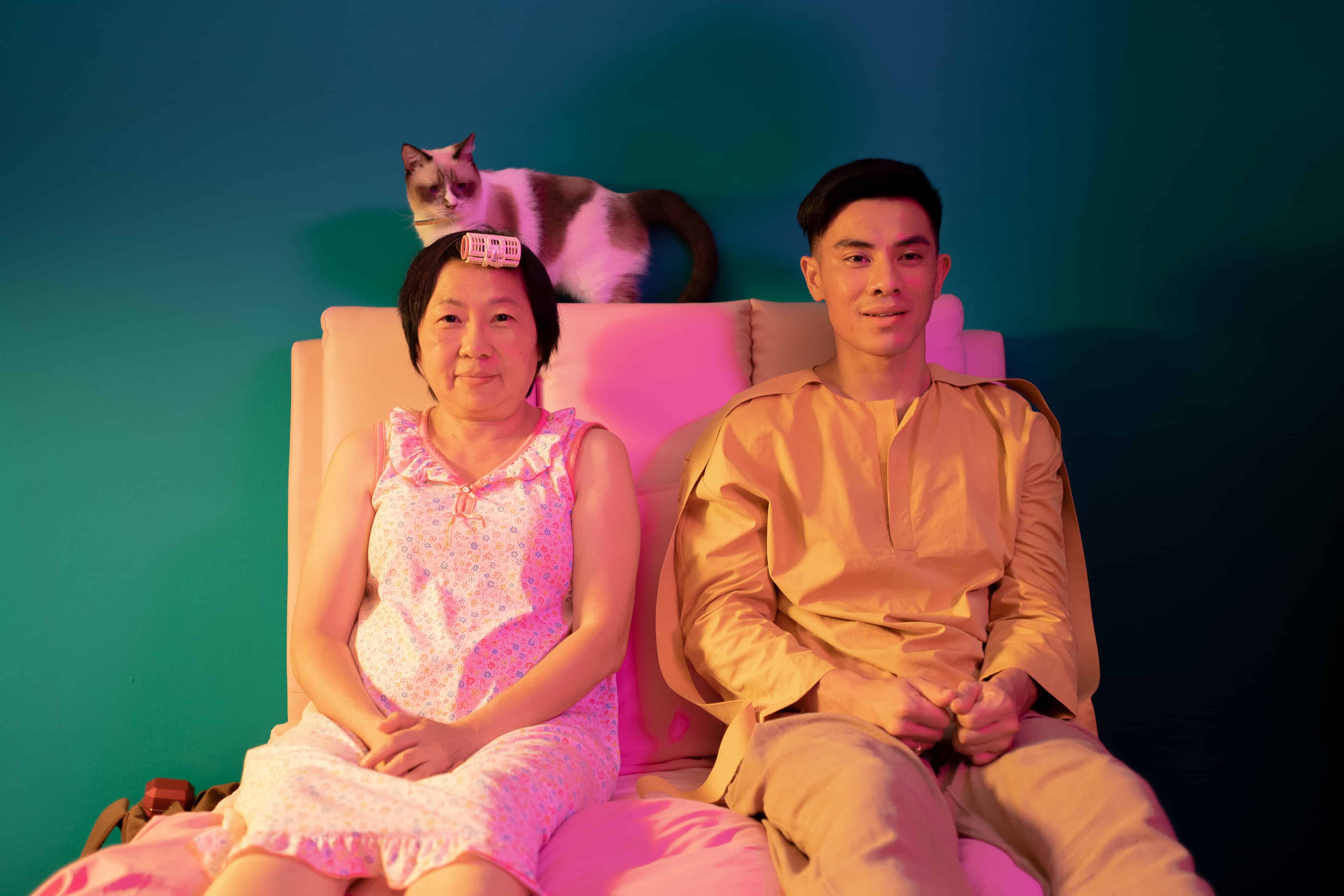 The Good: This reviewer will admit to often not being very interested in local movies. Tiong Bahru Social Club is one of the most fascinating Singaporean movies in recent memory. It is meticulously designed and shot, has something to say, and is genuinely funny. Director Tan Bee Thiam displays confidence as a filmmaker, while cinematographer and editor Looi Wan Ping constructs an aesthetically pleasing film that’s beautiful to look at even as things feel increasingly off.

The semi-sci-fi elements, including an artificial intelligence assistant named BRAVO60, and the “quirky” dream sequences are all there in just the right amounts, such that one element of the movie doesn’t overwhelm another. Despite how deliberately mannered Tiong Bahru Social Club looks and feels, it is unmistakably authentic. This hits the sweet spot of being something that will resonate with many Singaporean viewers while also being accessible to international viewers. Beyond that, this movie will give international viewers unique, focused insight into Singaporean society unlike anything else. 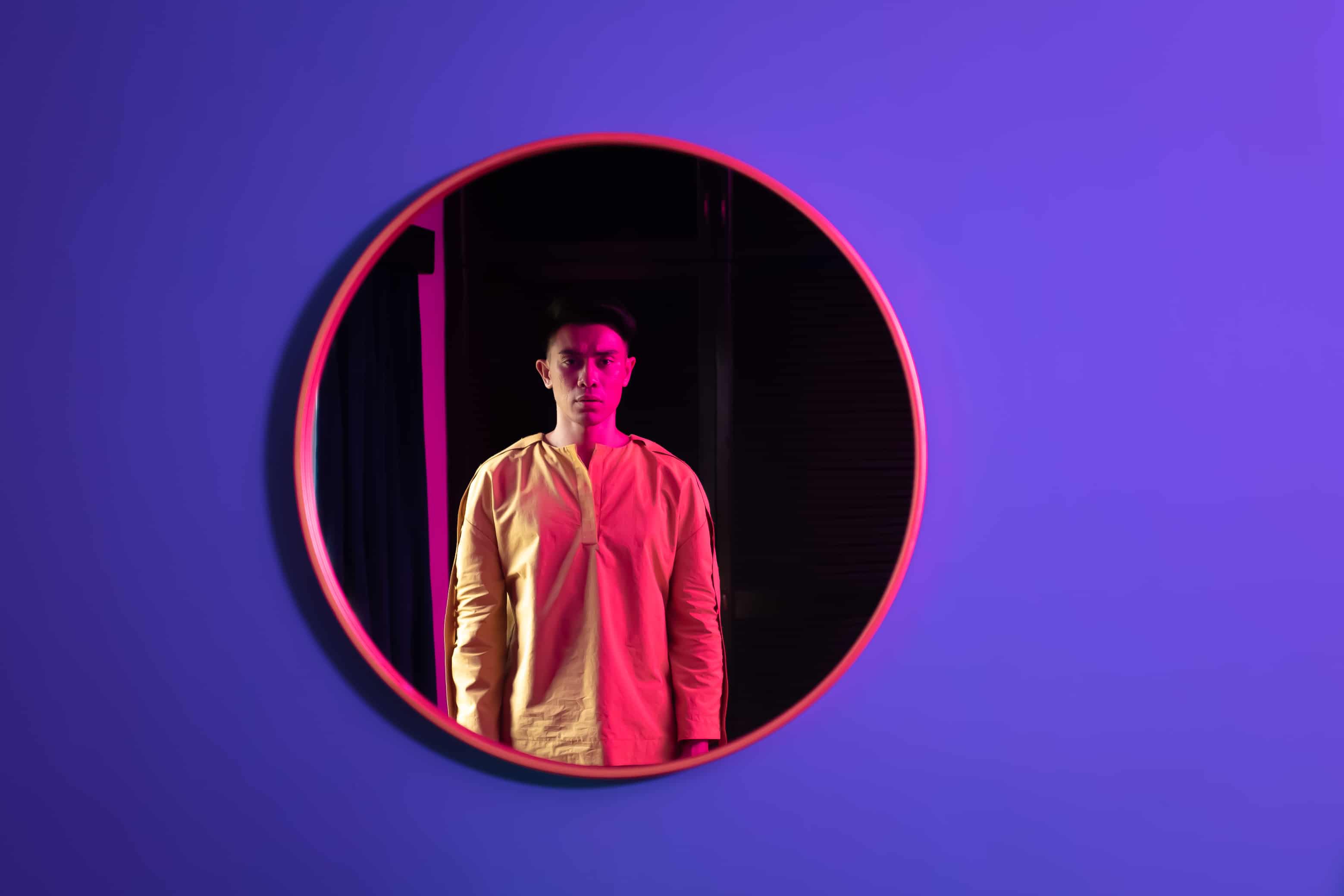 The Not-So-Good: Tiong Bahru Social Club has great characters, but is not necessarily plot-driven, though this is by design. Director Tan is keenly aware of the tone of the film at all times – the movie’s “happiness cult” is wont to remind audiences of movies like Sorry to Bother You, but it never gets genuinely dark. Upsetting perhaps, but never horrifying, when some viewers might be willing the movie to fully embrace that darkness as it reaches its conclusion, so it helps to bear in mind that this is not Black Mirror. While it is enjoyable, the movie does feel longer than its 88-minute runtime and can sometimes come across as a little too self-conscious, the way many deliberately designed movies do. 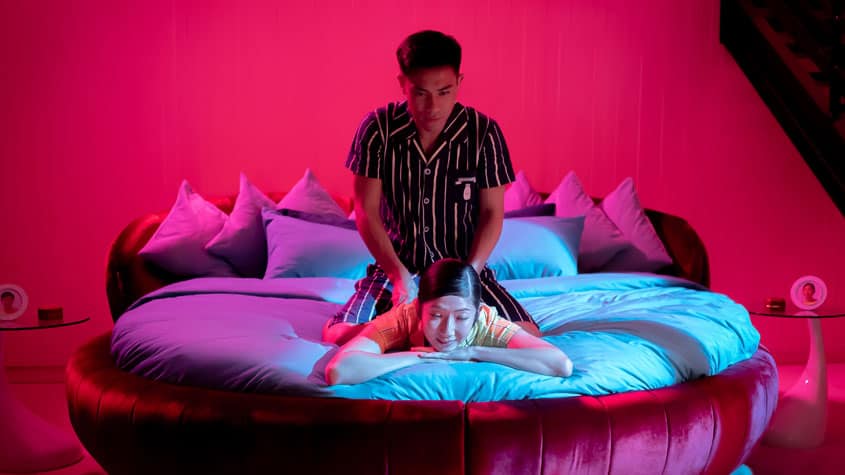 Members only: Thomas Pang makes for a great agreeable ‘blank slate’ lead character, while actors like Jo Tan and Munah Bagharib create characters who are odd but likeable, and whom audiences understand are struggling with something under the surface. Noorlinah Mohammed’s Stepfordian turn as Haslinna is the right amount of annoyingly corporate and insincere. Both Goh Guat Kian and Jalyn Han give the sometimes-outlandish movie a good degree of grounding. Veteran theatre practitioner Han is especially entertaining as a cantankerous cat-loving lady who sees through all the bulls**t and who enjoys ordering Ah Bee about.

Come on, get happy: One of the many fascinating things about Tiong Bahru Social Club is that it is cowritten by Tan and Antti Toivonen, who moved from Finland to Singapore 11 years ago. According to the 2020 World Happiness Report, Helsinki, Finland was ranked the happiest city in the world, with Singapore coming in at 49th. Toivonen himself has acknowledged that many Finns would disagree with the findings of the report, but then again, the grass is always greener etc. Singapore’s never-ending march of progress means that humanity can get lost in the shuffle – the recent demolition of the Pearl Bank Apartment complex, where Ah Bee and his mother live at the beginning of the film, is emblematic of this.

This film captures the Singaporean obsession with measuring and quantifying everything – everything can be used to judge someone’s value, and everyone’s always sizing everyone else up. As such, it can feel extremely repressive and stifling. The film’s wry observation of this strongly resonated with this reviewer.

Recommended? Yes. Tiong Bahru Social Club will appeal to cinephiles and film students who are preoccupied with things like shot composition, lighting and transitions. More importantly, it also uniquely captures the Singaporean fixation with turning everything, however intangible and ephemeral, into a Key Performance Indicator. This is that rare arthouse film that is thoroughly accessible and enjoyable.