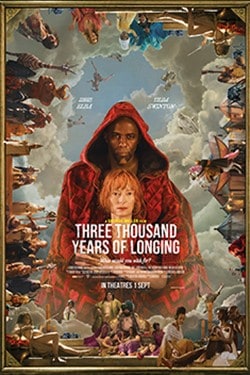 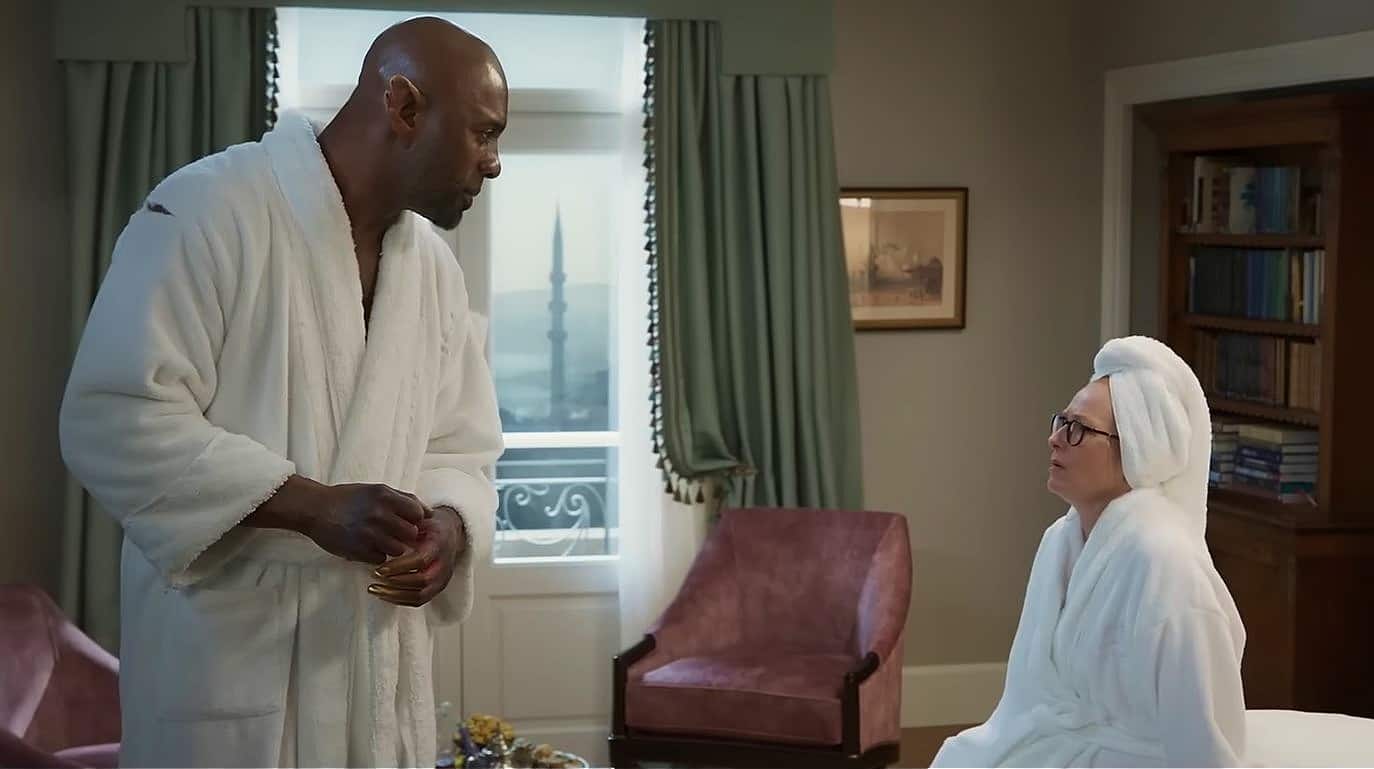 The Low-Down: George Miller has one of the most eclectic filmographies of any director currently working: between the four Mad Max movies, Babe 2: Pig in the City and the two Happy Feet movies, there’s a level of unpredictability to his choices. With Three Thousand Years of Longing, Miller’s first film since 2015’s Mad Max: Fury Road, he adds to that filmography a tale of an unlikely meeting between an academic and a mythical being. 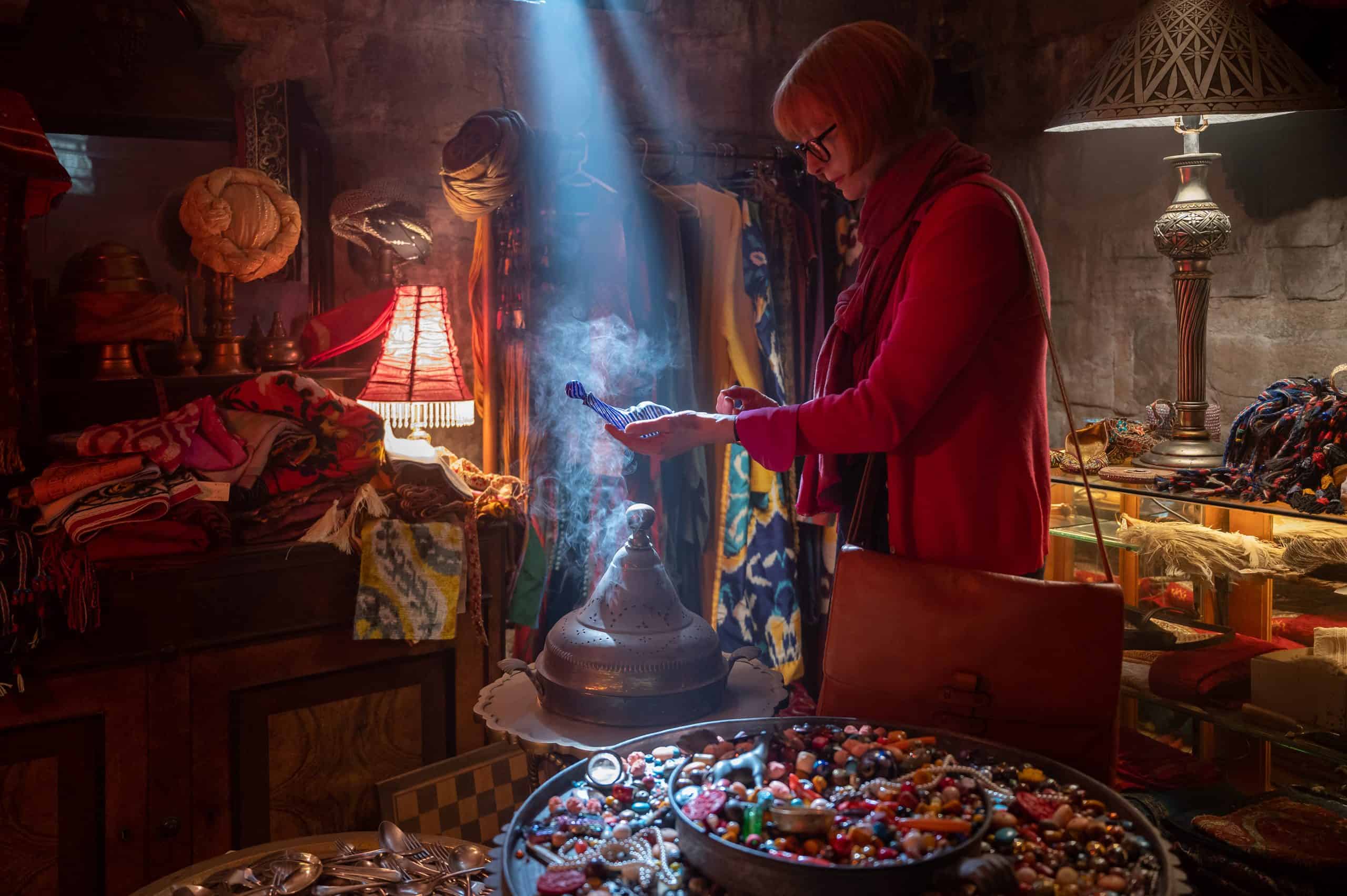 The Story: Dr Alithea Binnie (Tilda Swinton) is a narratologist. She has dedicated her life to studying stories and the history of storytelling and travels the world attending academic conferences. The latest such conference brings her to Istanbul, Turkiye, where she is hosted by Prof. Günhan (Erdil Yasaroglu). While at the Grand Bazaar with Günhan, Alithea chances upon a peculiar blue and white bottle. Back in the hotel room, Alithea cleans the bottle and unleashes a Djinn (Idris Elba), trapped inside. He offers her three wishes, but Alithea is much more interested in learning about him. The Djinn regales Alithea with stories of his past and the circumstances that led to his incarceration. These include run-ins with such figures as the Queen of Sheba (Aamito Lagum) and Ottoman rulers Murad IV (Kaan Guldur) and Ibrahim (Jack Braddy). Alithea must make her three wishes to grant the Djinn his freedom, but as she becomes increasingly fascinated with him and his stories, what she might wish for is thrown into question. 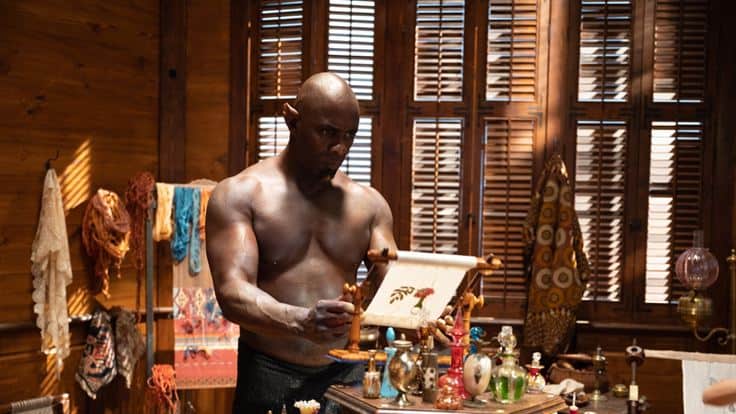 The Good: Three Thousand Years of Longing is adapted from the short story The Djinn in the Nightingale’s Eye by A.S. Byatt. This is an imaginative, vibrant and earnest movie, at once strikingly original and comfortingly familiar. The movie is a family affair for director Miller, who co-wrote the screenplay with his daughter Augusta Gore, and whose wife Margaret Sixel is the editor. Cinematographer John Seale came out of retirement for Mad Max: Fury Road, and he un-retires once more for this movie. The segments set in the past are exquisitely composed and bursting with colour and texture. There is a warmth and beauty to the story and Miller both delights in the details and has a light enough touch. It’s a story about stories, and how stories are a big part of what make us human. 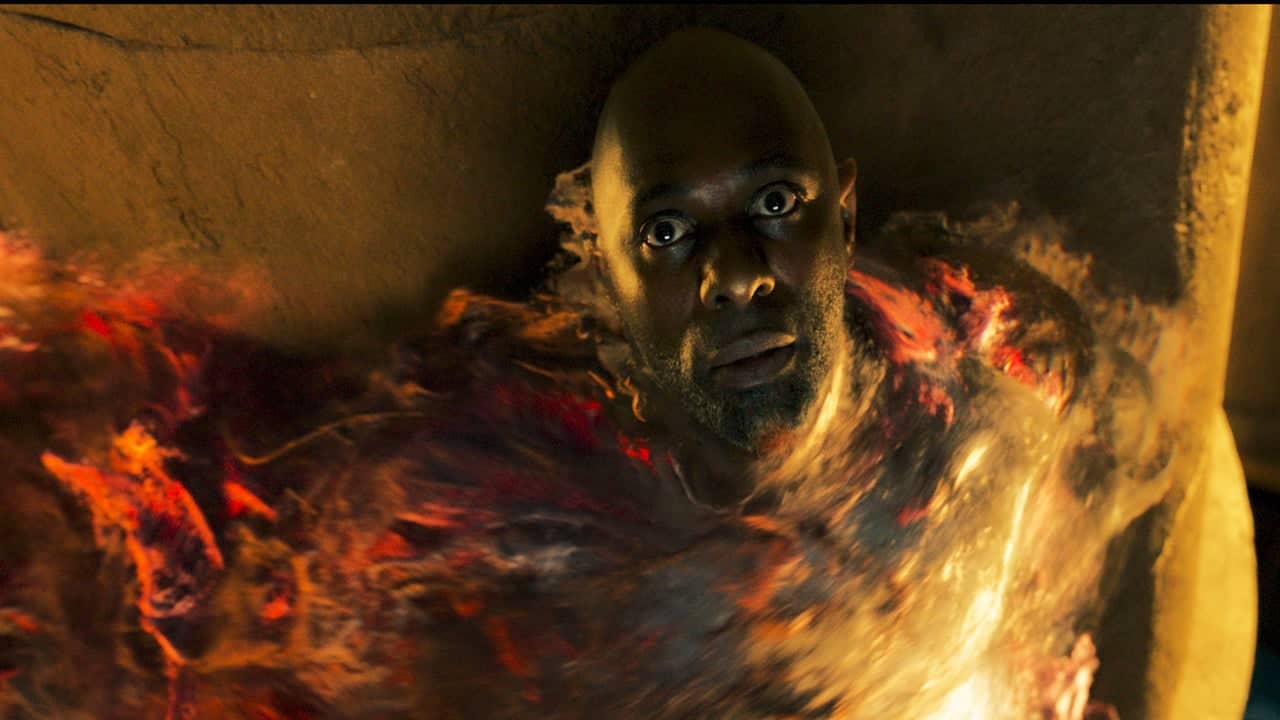 The Not-So-Good: The movie is reliant on vignettes, meaning the characters and stories are necessarily straightforward and archetypical. Unfortunately, this can make it difficult to connect to any of the supporting characters. The movie’s last act becomes disappointingly simplistic, with the story centred firmly on romantic attraction when the set-up hinted at a wide range of human emotions and relationships. After the bulk of the storytelling is over, everything from then on until the end of the movie feels like a let-down. 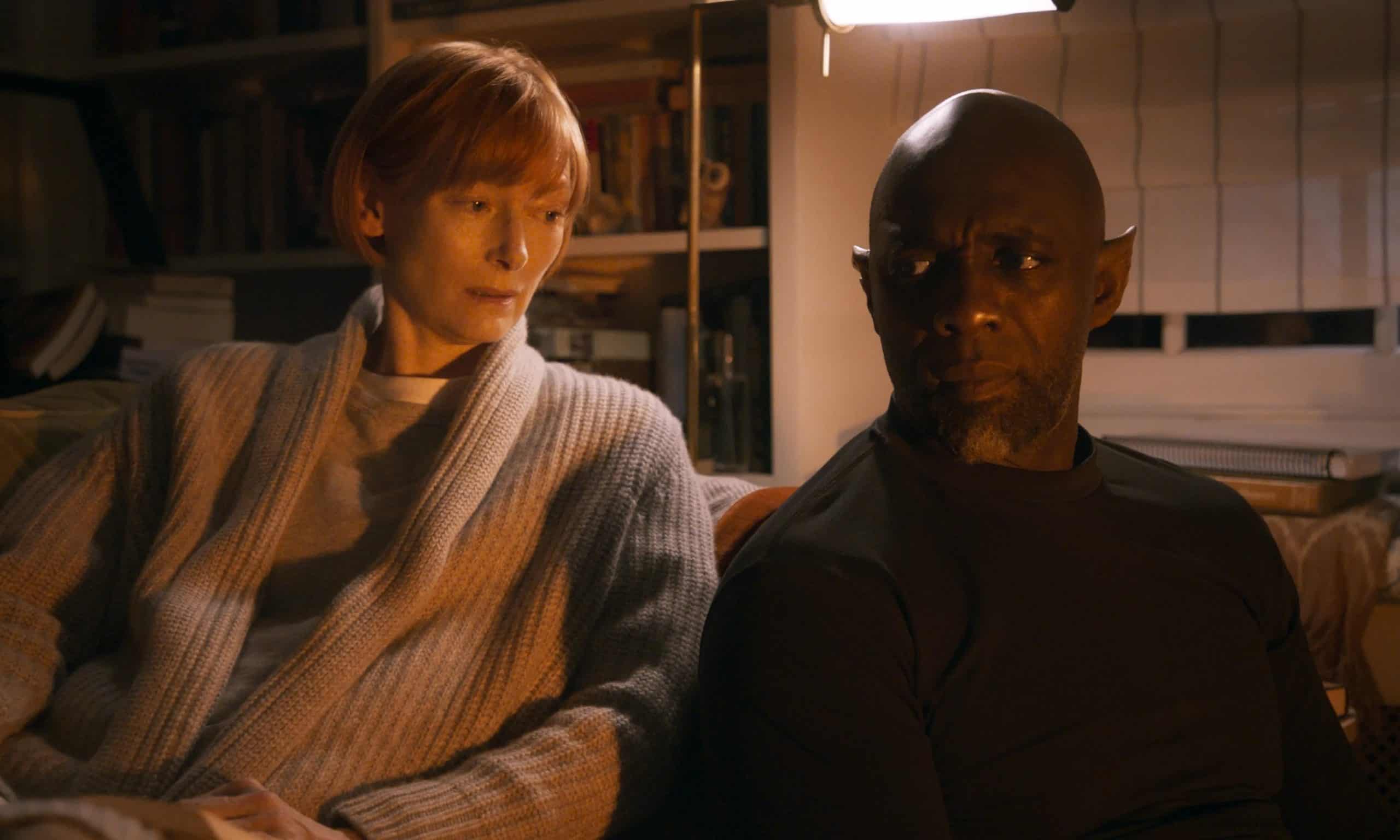 The Djinn and the narratologist: The movie rests on the interplay between Swinton and Elba, who make for an unexpected but fascinating pairing. The movie is at its most interesting in the earlier stages, when neither fully trusts the other and Alithea is wary of the Djinn because of her familiarity with stories about trickster figures who come bearing wishes. 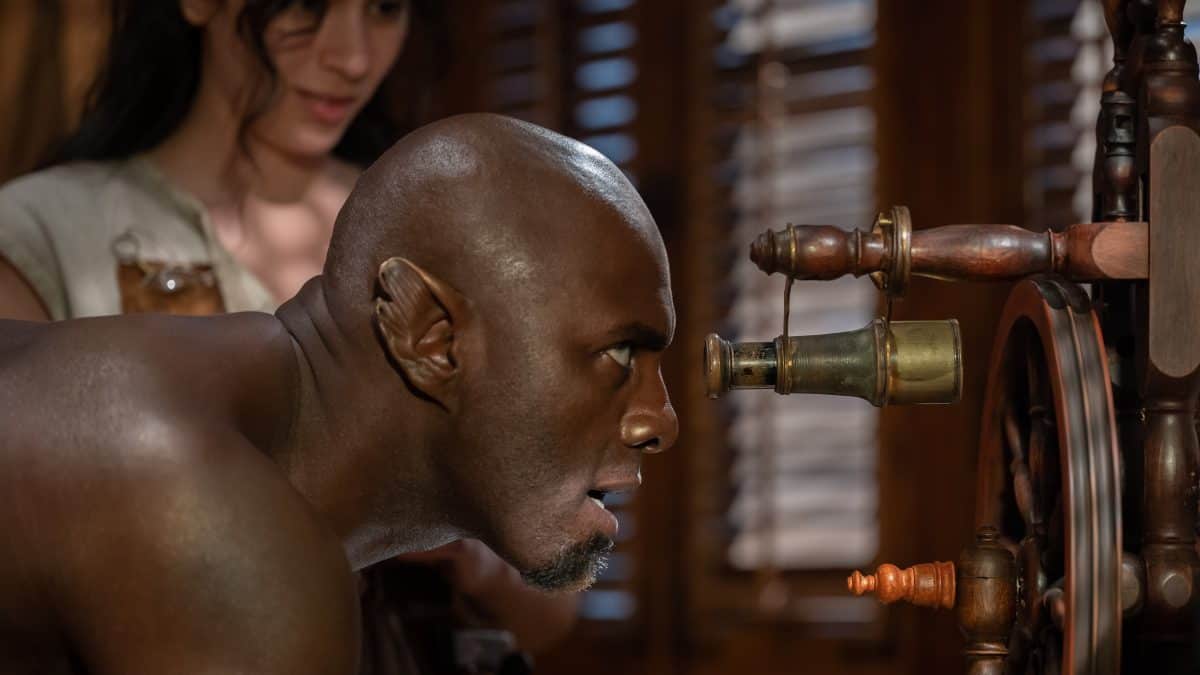 Elba’s Djinn is at once powerful and vulnerable, susceptible to feelings of attachment and often undone by them despite his otherworldly abilities. Just the contrast between Elba’s and Swinton’s physiques and the way the actors hold themselves makes the frames that they share immediately interesting to look at.