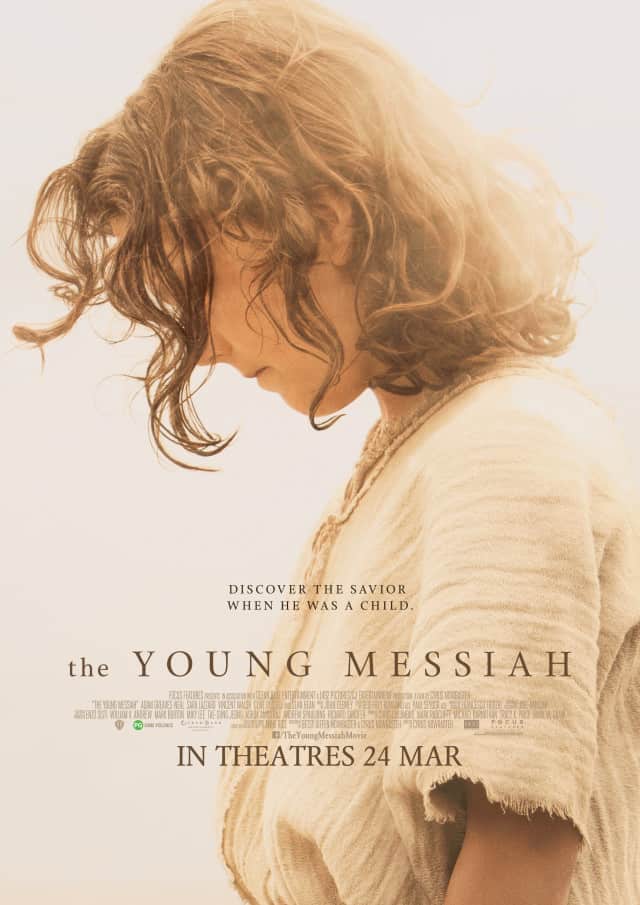 The Bible doesn’t give us many details about Jesus’ childhood. We jump from the Nativity to Jesus at age 12 speaking to the temple elders, before skipping to him at age 30. This Biblical drama attempts to offer a glimpse into the life of the Holy Family, with young Jesus at its centre.

Our story finds Jesus (Greaves-Neal) at seven years of age. He has lived in Alexandria, Egypt, with his parents, Joseph (Walsh) and Mary (Lazzaro), since they fled Israel, when King Herod the Great decreed that all boys under the age of two be slaughtered. Acting on a vision he has received, Joseph takes Mary and Jesus back to Nazareth. The family unit also includes Jesus’ cousin/adopted brother, James (Finn Ireland); Joseph’s brother, Cleopas (McKay); and Cleopas’ wife, Miriam (Agni Scott). Herod Antipas (Bailey) – the new king and Herod the Great’s son – charges Roman centurion Severus (Bean) with tracking down and killing the young Jesus, after hearing rumours of a boy performing miracles. In treacherous times, the Young Messiah must come to grips with the truth about why He is on this earth. 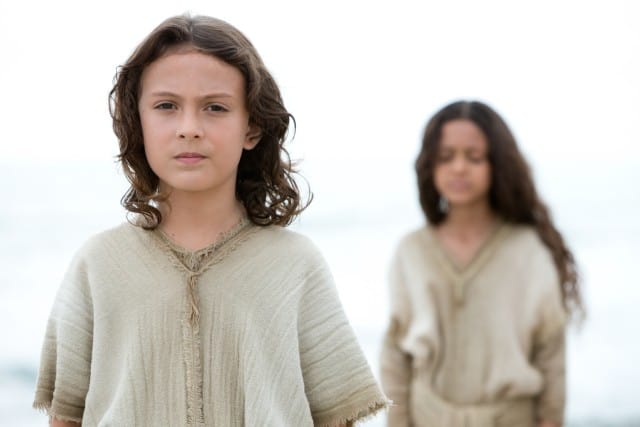 The Young Messiah is based on Anne Rice’s novel, Christ The Lord: Out Of Egypt. Rice, better known for her vampire novels, has had a fascinating spiritual journey: she was raised Roman Catholic but left the religion at age 18, only to return to Catholicism in 1998 – before distancing herself from Christianity at large in 2010 and expressing her grievances with the state of organised Christianity. Unfortunately, The Young Messiah is not quite as interesting a story, and it’s easy to see why the filmmakers were boxed in. First, there’s the fact that the Holy Family is revered by large numbers, and their depiction cannot offend the sensibilities of the faithful. Second, there’s the ‘prequel trap’ – we already know where Jesus ends up, so it will take a fair bit to get us invested in this story set earlier in his life. Working within these boundaries, the tale can’t help but feel stifled and slow at times.

The Young Messiah is directed by Cyrus Nowrasteh, an American filmmaker of Persian descent. He adapted Rice’s novel into a screenplay with his wife, Betsy Giffen Nowrasteh. Nowrasteh’s work has attracted controversy in the past; he wrote docu-drama miniseries The Path To 9/11 with his wife and also wrote and directed The Stoning Of Soraya M., about the human-rights crisis in Iran. 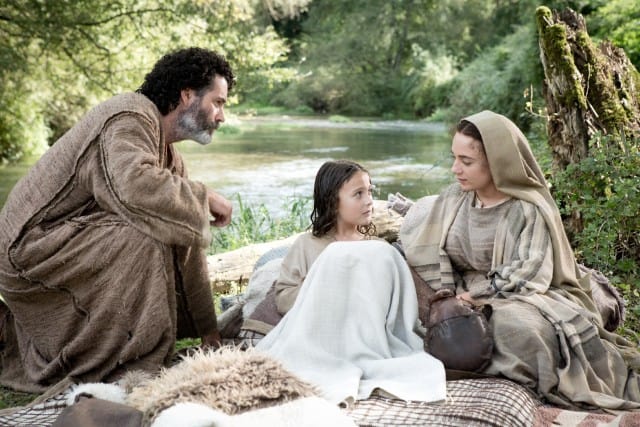 Released around Easter and marketed to believers, The Young Messiah is very tame by comparison. There is a valiant effort made to humanise the Holy Family without committing blasphemy, and the anguish experienced by Joseph and Mary as they make sense of how to bring up God incarnate does have some emotional resonance. The family dynamics get fleshed out to a satisfactory degree, even if nothing quite riveting comes of it. Considerable stakes are established but, because we know it’s not Jesus’ time to die yet, none of them actually take hold. The way Mary and Joseph talk about Jesus’ abilities in hushed tones, it almost feels like a bald guy in a chrome wheelchair will show up at any moment to whisk Jesus off to a school for gifted youngsters.

Portraying Jesus Christ, a widely-worshipped religious figure, is a challenge for any actor, seeing as how different theologians and believers at large view him differently. Portraying Jesus as a child has its own set of challenges on top of that. How human is too human? How “wise beyond his years” is too much? What should Jesus’ level of awareness of his divinity be exactly? Should the young Jesus be innocent and filled with hope, or already world-weary and burdened with his destiny? For Greaves-Neal, known to Sherlock fans as pageboy Archie from The Sign Of Three, it’s all too much to parse. He seems unable to eloquently package this into a performance and, as a result, Greaves-Neal unfortunately often comes off as awkwardly stilted. 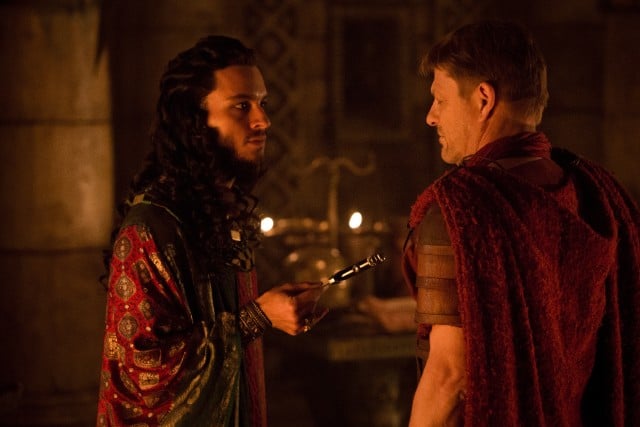 Walsh’s Joseph is as sturdy and reliable as the furniture he builds and Lazarro finds an adequate blend of maternal warmth and youthful vulnerability as Mary. McKay provides some much-needed levity as the comic-relief uncle without causing too jarring a tonal shift. Bean is the biggest name by far here, but he seems reluctant to be present, trundling through his part as the designated antagonist. When Herod Antipas is berating Severus for failing in his mission on the first try, Bean mutters, “Yes, my lord, I understand. It’s difficult”, with a laughable flatness. Bailey’s flamboyant, fey portrayal of Herod Antipas is silly rather than threatening. Keenan’s character, credited as ‘the Demon’, can only be seen by Jesus, wears eyeliner and a black cloak and is first seen crunching on an apple. Subtle.

The production values are passable – the film was shot on location in Matera, Italy, which has doubled for ancient Israel in numerous biblical movies before. By focusing on Jesus at age seven, The Young Messiah treads ground that has not been covered countless times in earlier biblical productions. It should play relatively well to faithful audiences, depending on one’s specific beliefs – for example, there are some who hold to the idea that Jesus did not perform miracles prior to turning water into wine at the wedding of Cana and, here, we see the young Jesus work wonders long before that incident. There is a ‘preaching to the choir’ quotient here, if not as overwhelmingly as in other faith-based films, but it’s unlikely to result in mass conversions in the cinema. 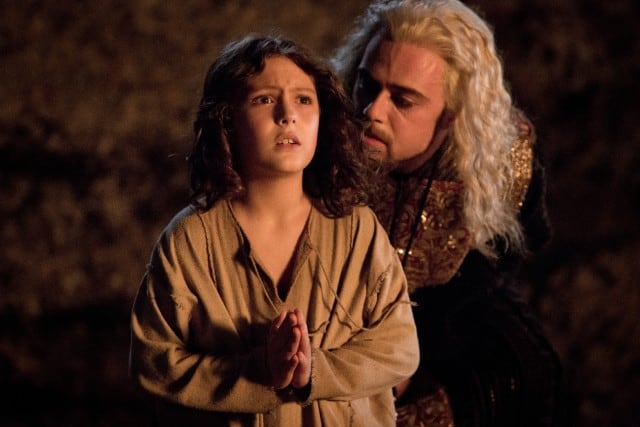 Summary: The Young Messiah has to play by established rules and thus cannot take any significant risks in its portrayal of Jesus’ childhood. It’s almost moving at times, but clunky at others.