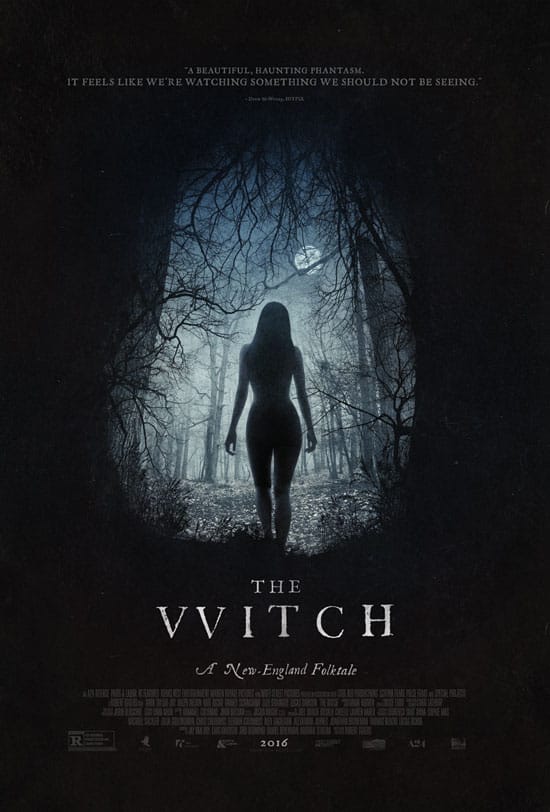 Gather the children, board up the windows and shut the doors because the witching hour is upon us. In this historical horror drama, one 17th century New England family finds themselves tormented by demonic phenomena. William (Ineson), his wife Katherine (Dickie) and their children Thomasin (Taylor-Joy), Caleb (Scrimshaw), twins Mercy (Grainger) and Jonas (Dawson), and baby Samuel are excommunicated from a Puritan plantation and have to make a living on the outskirts of a New England settlement. The sudden disappearance of baby Samuel sets off a series of eerie happenings, with the possibility that a witch living in the woods beyond the family farm has abducted Samuel. The devoutly religious family attempts to make sense of these occurrences – is Thomasin herself a witch? Is the black goat Phillip being used as a vessel for Satan? When Caleb is struck with a mysterious ailment, is the illness the work of witches? And perhaps most importantly, where exactly is God in this family’s time of crisis?

The Witch is the feature film debut of writer-director Robert Eggers, who drew on actual historical documents such as court transcripts and diaries to assemble the dialogue of the film. It’s become a festival darling, with Eggers netting the Best Directing in a U.S. Drama award at Sundance in 2015. There are several pitfalls associated with low-budget indie debuts: the film can be too indulgent and appeal only to its makers, production values might look cheap, the acting might be stilted or attempts to play around with structure might come off as clumsy. The Witch avoids practically all of these. Eggers displays a meticulous eye for detail and the cinematography by Jarin Blaschke, using mostly available light, is sumptuous in its gloominess. Going against the old Hollywood adage, Eggers had to work extensively with children and animals on this project. Additionally, he could not afford to shoot the film in New England, where the story is set, and had to settle for the remote location of Kiosk, Ontario in Canada, where he eventually found suitable forests in which to shoot. The Witch is dripping with ominous atmosphere, yet not in a distracting manner. 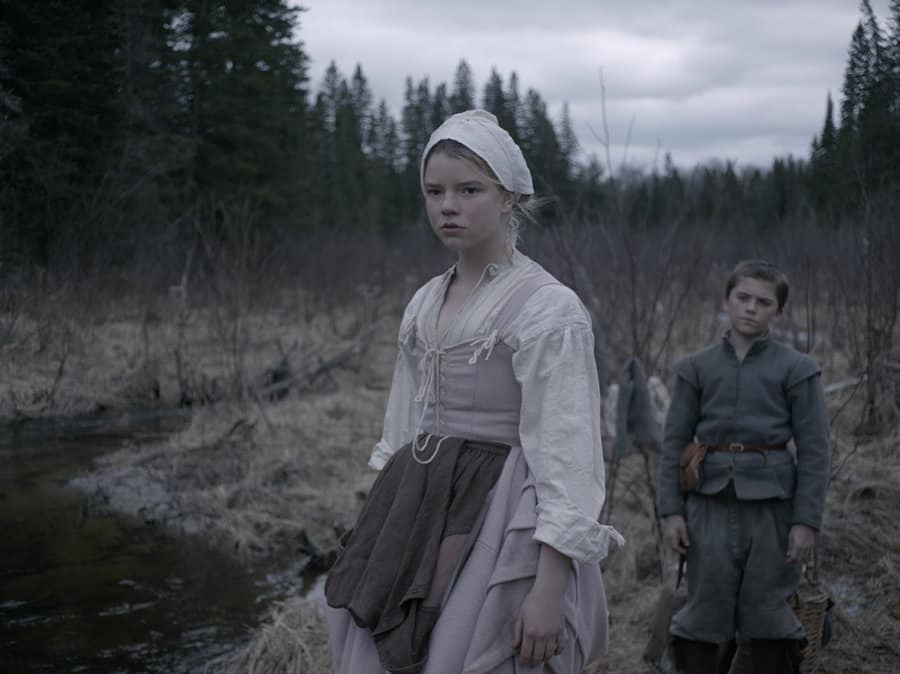 There was a bit of a stir when the Satanic Temple offered its hearty endorsement of The Witch. So, this means the Satanists in the film are the good guys, right? It’s definitely not so cut and dried. The Witch is a remarkably compelling portrait of how someone’s strongly-held religious beliefs can define their way of life and their attitudes towards their loved ones. The tenets of the Puritan Calvinist faith, which are generally viewed today as repressive, govern the family at the centre of The Witch. The fear of God’s judgement hanging over their heads leads to everyone keeping secrets from each other – William wishes to keep his family together as a pious head of the household, but various factors drive them apart, with no heavenly solace in sight. While the old-timey speech and the 1600s setting might seem like an obstacle in getting invested in the story, this reviewer found himself gradually reeled in. There’s also some verisimilitude in the things that never change – the young twin siblings Mercy and Jonas can get pretty annoying, and younger siblings getting on one’s nerves seems like a universal constant.

Young actress Taylor-Joy has to do a great deal of dramatic heavy lifting, and is supported by character actors Ralph Ineson and Kate Dickie, who were both on Game of Thrones. Taylor-Joy reminded this reviewer of a young Scarlett Johansson – Thomasin projects a sense of obedience and innocence, but there’s adolescent rebellion bubbling beneath the surface. There’s the danger that child actors can pull one out of a period film, but Scrimshaw is excellent in the role of Thomasin’s younger brother Caleb. Caleb is tempted by lust, and growing up in a Puritanical household, most certainly hasn’t had the ‘sex talk’. This could come off as very awkward, but is just provocative enough without being distasteful. Ineson’s hangdog demeanour and Dickie’s severity serve their respective characters well; these are parents who are desperately trying to hold the fort as other-worldly forces threaten to rend their family asunder. 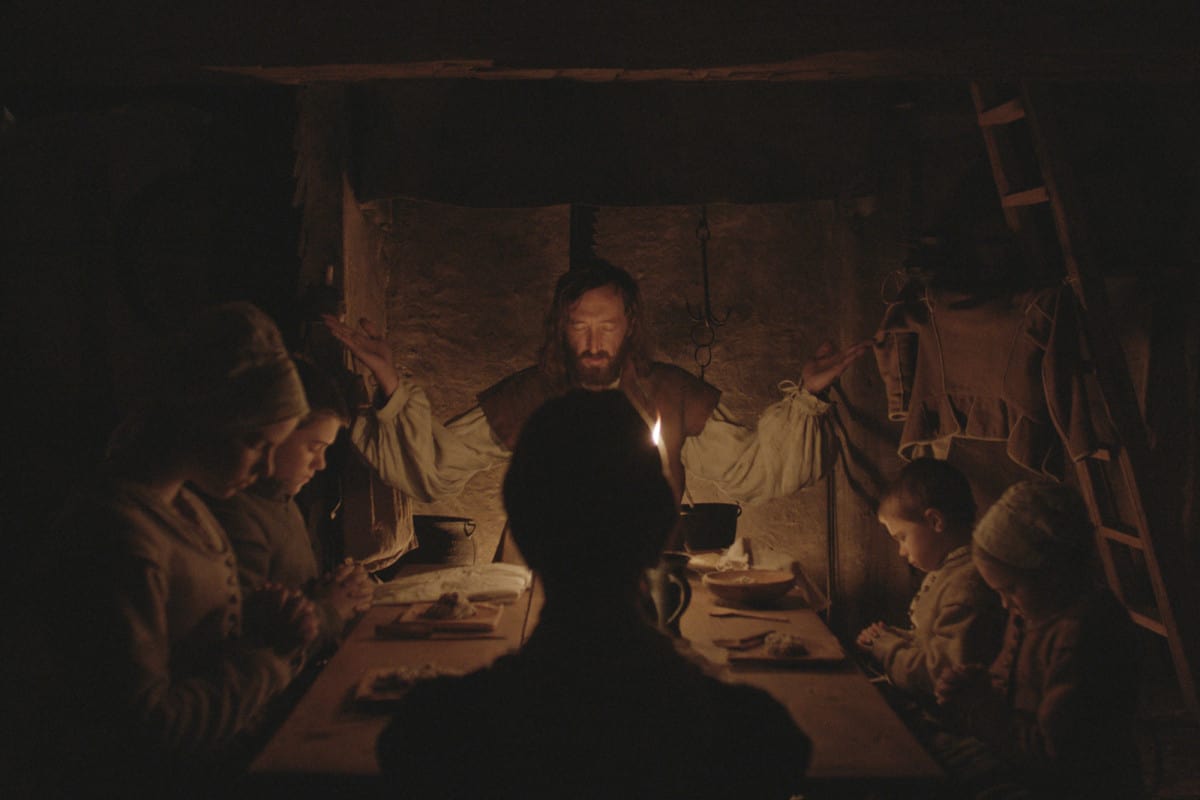 It’s easy to see why The Witch isn’t for everyone. It’s a slow burn, and those in search of more conventional horror movie elements might be turned off by the ponderous drama and grappling with religious themes present throughout. It’s also played so seriously that certain moments can carry the slightest hint of unintentional humour. Mark Korven’s soundtrack, heavy on the waterphones, is probably the most formulaic horror movie component of The Witch. However, this reviewer did find more than enough to sink his teeth into. Genres like horror and sci-fi can be utilised as vehicles for powerful allegories; such is the case with The Witch. It’s a masterclass in creepiness that serves as a fine antidote to the production line teen-aimed horror flicks which flood cineplexes these days.

Summary: An assured directorial debut from Robert Eggers, The Witch is thought-provoking, unsettling and richly foreboding.