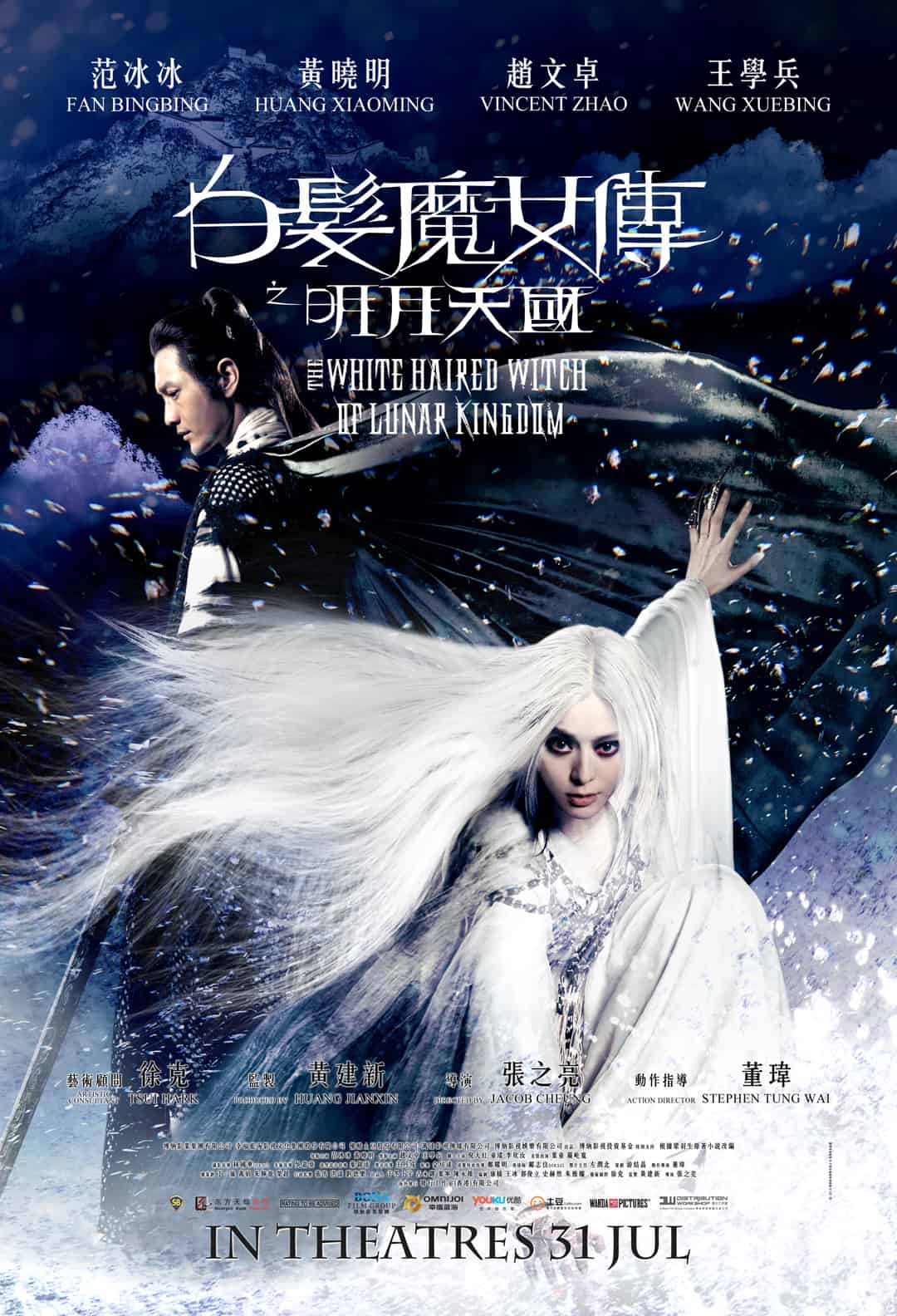 One of the things about The White Haired Witch Of Lunar Kingdom that stuck with us was the unshakeable feeling that Fan Bing Bing is so gonna nail a L’Oréal advertising contract after this movie is released. (That, and the grammatical error in its title – use hyphens, please! – but maybe that’s just us being nitpicky.)

Beyond that, the film’s a mostly forgettable affair.

Based loosely on Liang Yusheng’s novel Baifa Monü Zhuan, a seminal work of wuxia fiction that has been adapted many times for both the big and small screen, The White Haired Witch of Lunar Kingdom is set in the final years of the Ming Dynasty. The story revolves around the vigilante heroine Lian Nichang, or “Jade Rakshasa” (Fan), who, after a devastating incident towards the end of the film, turns into a white-haired witch. Her tumultuous romance with Zhuo Yihang, a swordsman from the Wudang Sect, forms the heart of the film, while all the political manoeuvring is what propels the narrative forward.

It’s tough to summarise what exactly the story is about; the film is a maze of narrative detail, and the political machinations of the various parties (a eunuch, the government court, the Wudang Sect, etc.) move at such a breakneck pace that it becomes difficult to keep up. The plot of the film is steeped in historical context, and as someone unfamiliar with Chinese society of that particular time, The White Haired Witch of Lunar Kingdom came across as confusing and messy to us.

The film is simultaneously over-stuffed but under-dressed. Director Jacob Cheung tries to weave many disparate elements together – the not-quite-tragic romance between Nichang and Yihang, the political intrigue, the fights and action – but they never come together as a coherent whole.

Worse still, some of those individual elements are lacking badly. The romance is unconvincing, which makes the melodrama all the more grating. As for the fight scenes, they are way too brief. The best fight scene takes place early on in the film, when Nichang appears and fights off dozens of soldiers together with her sister, yet it’s over too quickly.

It’s hard to really discern the personalities of the characters, and that’s not due to bad performances. The actors do their best to bring to life their underwritten characters, and Fan manages to convey both her character’s steely and vulnerable sides. But there’s only so much decent acting can do to cover up for bad writing.

In the end, The White Haired Witch of Lunar Kingdom may be a sign that the Chinese film industry may have inherited the Hollywood malaise; like many other films released in recent years, it’s an unnecessary revamp of an existing film classic (Ronny Yu’s The Bride With White Hair, starring the inimitable Brigitte Lin) with no real reason to exist. If anything, the best thing this film can do is turn people on to Yu’s 1993 film, doubtless a superior adaptation of the novel.

Summary: Overstuffed but underwhelming, this film might just give you a few more strands of white hair after watching it.