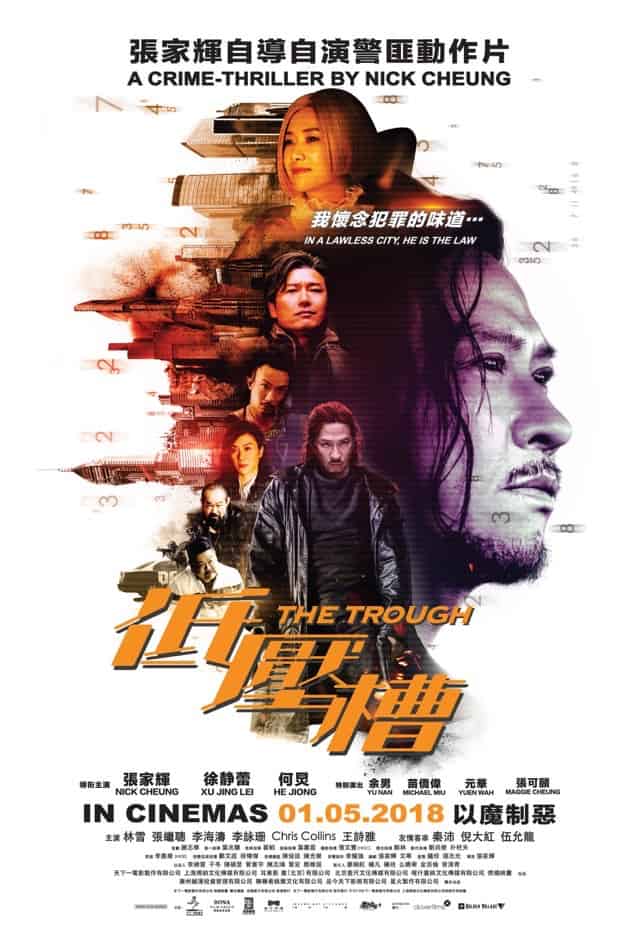 The third directorial effort by Hong Kong actor Nick Cheung, The Trough (低压槽) stars the filmmaker himself (as with Ghost Rituals and Keeper Of Darkness) as Qiu, an undercover cop. The movie starts off with Qiu scavenging food in the desert and fending off a ferocious hyena, and soon cuts to some flashbacks, giving some backstory to Cheung’s character.

The first 20 to 30 minutes are mostly filled with disorienting sequences and badly colour-saturated visuals, for reasons understandable: establishing that it’s a down time for Qiu and that he’s slowly losing his sense of identity. For most casual moviegoers, though, it is mostly incomprehensible. 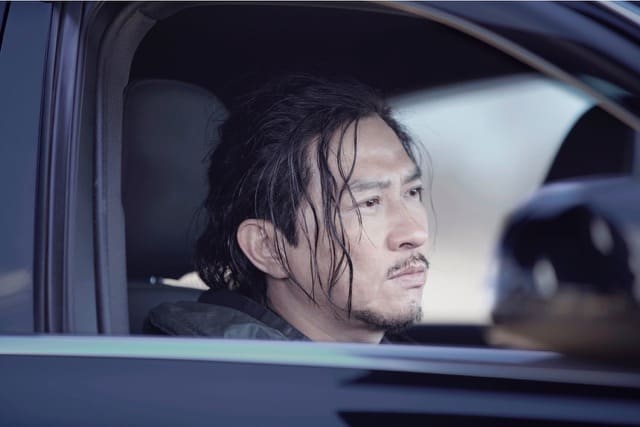 Qiu helps bring down two mob leaders — Brother Yun (Miu Kiu Wai) and Nine Fingers (Lam Suet) — but goes off the grid to avoid capture and clear his mind. The sequences of Qiu’s internal struggle hardly work because of how little we know of his character, other than the fact that he can take on dozens of mobsters with a handgun and that he’s an undercover.

When Qiu’s superior, Jim (He Jiong) contacts him again with a new target, supposedly the biggest underworld crook in Hong Kong nicknamed “Boss”, Qiu’s burning passion for justice reignites and sets him in a warpath. From working for mercenary leader Chun (Yuan Wah) to weeding rogue police officers, Qiu never strays away from his mission: ridding Hong Kong of evil and corruption.

Although the latter half of The Trough is a lot more straight forward, Cheung tries too hard both in his actor and director’s roles to create several layers to his character Qiu and the plot. It feels as though Cheung wanted to fit in a 20-episode Hong Kong drama series into a 112-minute film. There were indeed many layers, but each layer was just too thin to leave any impression. 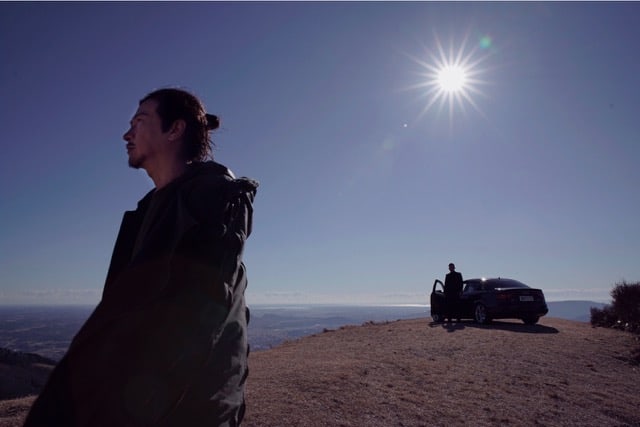 Cheung’s performance is decent and even convincing at selected parts, not without the help of his supporting cast, of course. However, beneath the drawn-out gunfights, car-chase sequences and stunts, and some well-choreographed melee combat, is an overly ambitious action movie that shows the audience a lot but says very little.

You’ll see some very familiar faces in The Trough, especially if you’re into Hong Kong dramas. That said, they appear for very brief moments and contribute very little to the narrative. The action sequences in The Trough is really all that is of merit unless you’re a huge Nick Cheung fan.