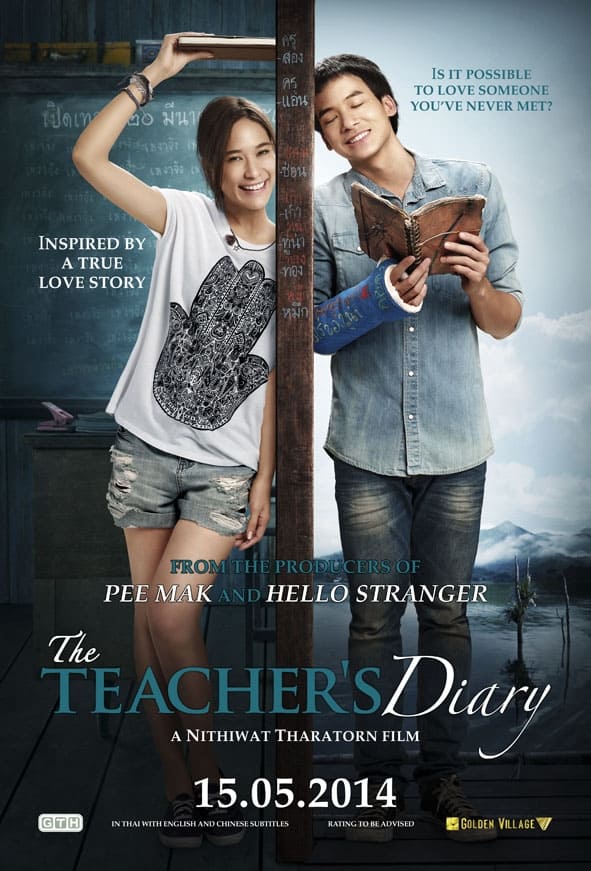 Can you fall in love with someone you’ve never met? Why yes, this reviewer is convinced he and Kate Beckinsale will someday find true happiness with each other. Okay, so that’s not what The Teacher’s Diary is about. In this Thai film, Song (Wisetkaew), a former competitive wrestler, becomes a teacher at the houseboat branch of Bann Gaeng Wittaya School. Located in a rural community, lacking running water and electricity and attended by just four students, this wasn’t quite what Mr. Song imagined when he signed up to teach. He discovers a diary belonging to Ms. Ann (Boonyasak), the teacher who preceded him, and after reading of her time with the students and of her personal struggles, he quickly becomes enamoured with this woman without even knowing what she really looks like. He continues to earn the respect, trust and friendship of his young charges as he dreams of Ann, embarking on a quest to find her. 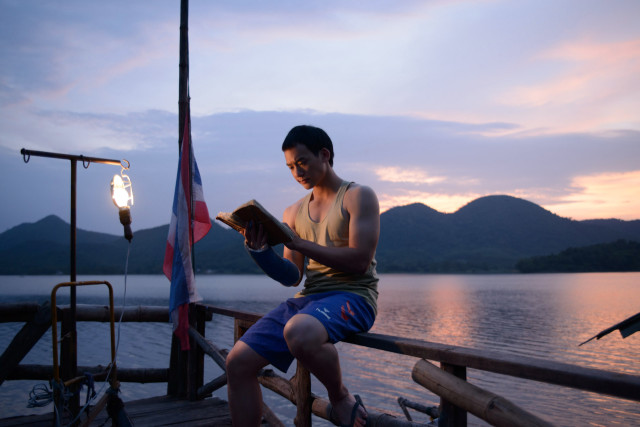 Director Nithiwat Tharatorn took inspiration from two unrelated true stories, one of a producer’s friend who had fallen in love with someone after reading the diary she had left behind in an office desk drawer (the two eventually did get to know each other and marry) and the other of a teacher in a houseboat school in Chiang Mai. This is an amalgamation of “inspirational teacher” tale and star-crossed romantic comedy drama, and it’s a mix that pays off. Sweet, moving and gently funny, The Teacher’s Diary has a very charming earnestness to it. Oddly enough, though, there are a few bits reminiscent of horror movies, including a jump scare during a dream sequence, but these are done playfully and infrequently enough. It’s beautiful to look at too. Cinematographer Naruphol Chokanapitak serves up vistas of a remote idyll far from the maddening crowd, with lush greenery, mist-covered mountains and lots of pretty sunsets.

Most romances tend to go like this: boy meets girl, boy and girl initially don’t like each other, then it grows into mutual toleration and later affection, there’s a misunderstanding, they break up but then get back together again and stay that way. Here’s a movie in which our male and female leads spend pretty much the entirety of the film apart, its unconventional structure having Song’s time at the school in 2012 unfold parallel to Ann’s in 2011. The alternating timelines are presented coherently and there’s a montage juxtaposing Song interacting with the kids with Ann doing the same, featuring some pretty slick, elegant transitions. The bonds that Song and Ann each form with the kids are given as much attention as the “someday” wishful romance, and one boy even gets an arc about how he plans to follow in the family fishing business and is therefore reluctant to continue school. 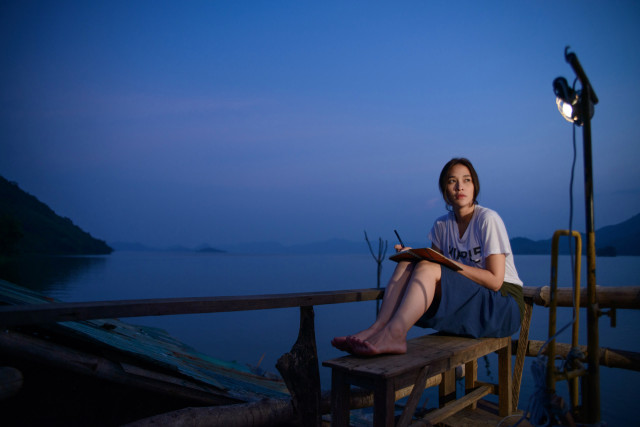 Wisetkaew, known by his nickname “Bie” in Thailand, brings a wide-eyed, wistful, “aww shucks” appeal to Song. The way he becomes enchanted with Ann after reading the entries in her forgotten journal is genuinely endearing, and not once does his infatuation become creepy or unsettling in that stalker-y manner because he consistently conveys such pure intentions. Actress and model Laila Boonyasak (formerly known as and credited here as Chermarn Boonyasak) brings an assertiveness to the part of Ann, a passionate educator who favours an interactive approach to teaching instead of rote memorisation. In the opening scene, we learn that she is reassigned to the houseboat because she refuses to remove a tattoo of three stars on her wrist. She is spirited and dedicated but never an overly-idealised “dream girl” caricature, the relationship troubles between her and her boyfriend Nui presented compellingly. All the kids in this are great too.

While The Teacher’s Diary might be a little too cloying and twee for some and features a good deal of slapstick humour, it never overdoes the melodrama or the silliness and we get pulled into this unique “relationship” between two parties who for the bulk of the film are unaware of the other’s existence. Some of the jokes are Thai language puns, the subtitles valiantly offering some kind of an interpretation. For a film that sounds like it would consist mostly of the male protagonist moping about pining for some girl, there’s a good deal that happens and there are several unexpected turns in the narrative. This reviewer found himself rooting for Song to eventually find Ann and did shed a tear or two. Kate Beckinsale likes sensitive guys, right?

Summary: Romantic, heartwarming and gorgeously filmed, The Teacher’s Diary is at once old-school and unconventional, sweet and compelling instead of mawkishly sentimental.