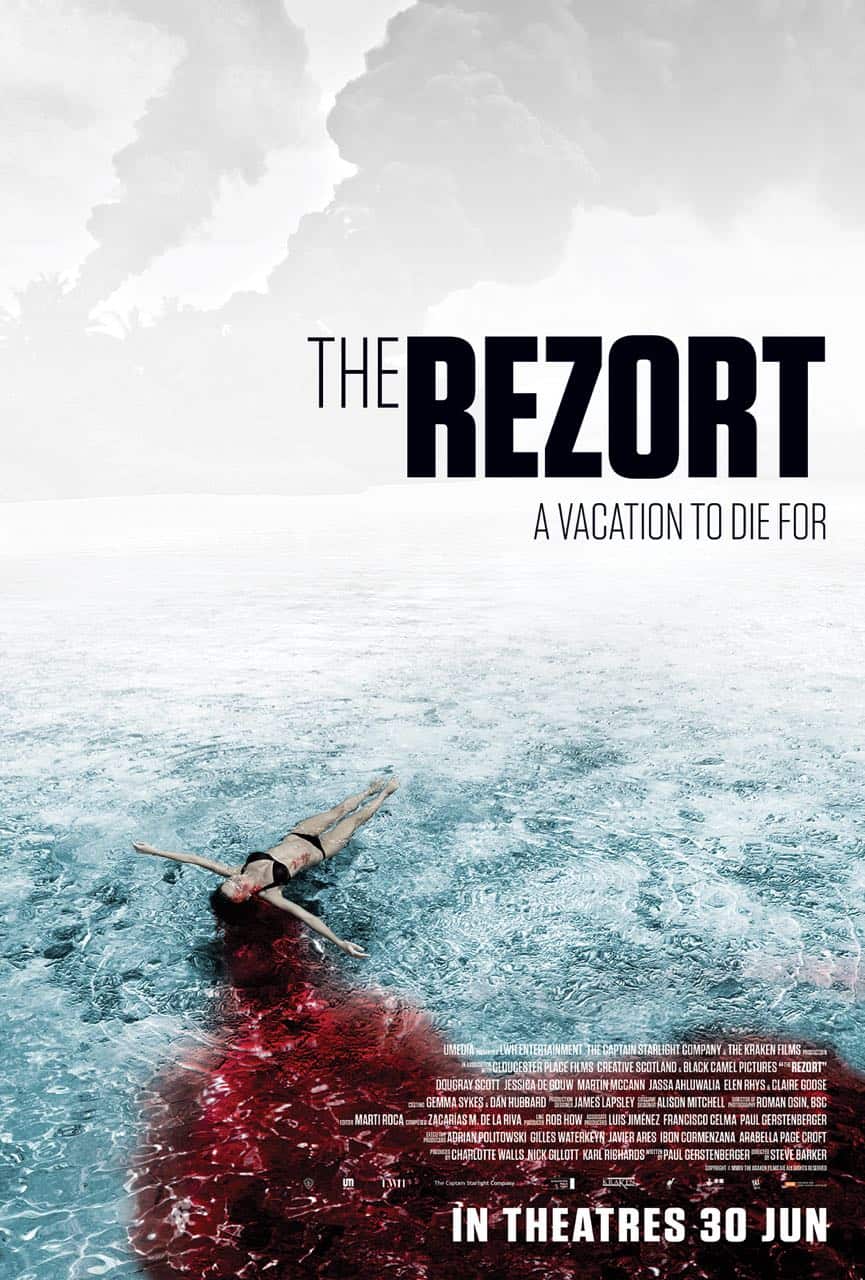 The most dangerous game has just gotten more dangerous. In the aftermath of the Chromosyndrome-4 virus outbreak, the world is reeling from a war between the living and the infected undead. Entrepreneur Valerie Wilton (Goose) has established a game reserve called ‘The Rezort’, an island getaway where paying guests can hunt and kill zombies for sport. Melanie (De Gouw), a young woman whose father died in the zombie war, goes to the Rezort with her war veteran boyfriend Lewis (McCann) in search of catharsis. Joining them in the tour group are enigmatic sharpshooter Archer (Scott), gamer teenagers Alfie (Walker) and Jack (Ahluwalia) and Sadie (Rhys), who was supposed to go on the trip with her fiancé before he left her. All hell breaks loose as a glitch in the security system allows the zombies to overrun the island. 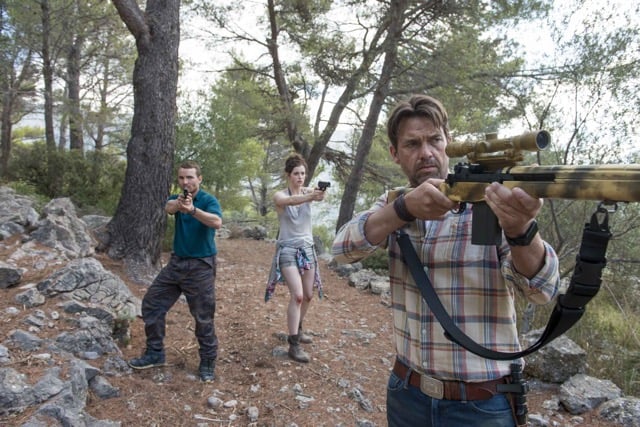 Director Steve Barker is no stranger to the zombie movie sub-genre, having made Outpost and its sequel Outpost: Black Sun, featuring Nazi zombies. The influences on The Rezort are readily apparent: in addition to the obvious parallels with The Most Dangerous Game, this is best described as ‘Jurassic Park with zombies instead of dinosaurs’. John Hammond’s catchphrase in Jurassic Park was “we spared no expense” – given the limited resources director Barker had at hand vis-à-vis the relatively ambitious scope of The Rezort, the production values are surprisingly decent. The concept is realised with enough thought behind it and the Rezort has a nicely developed corporate identity within the story. This is a B-movie through and through, but it’s certainly not a bad premise. Paul Gerstenberger’s screenplay takes stabs at confronting the ethical quandary of hunting what once were human beings, and there’s a half-baked refugee allegory somewhere in there too. It’s not lofty philosophy by any means, but it’s more than we expected from an action-horror romp.

Unfortunately, it takes too long for the movie to kick into gear, and once everything goes pear-shaped, the zombie mayhem is largely repetitive and not terribly exciting. It’s the same thing a lot of zombie flicks struggle with – the undead hordes chomp down on their victims or rip out their throats, the human survivors blast a zombie in the head, repeat ad nauseam. 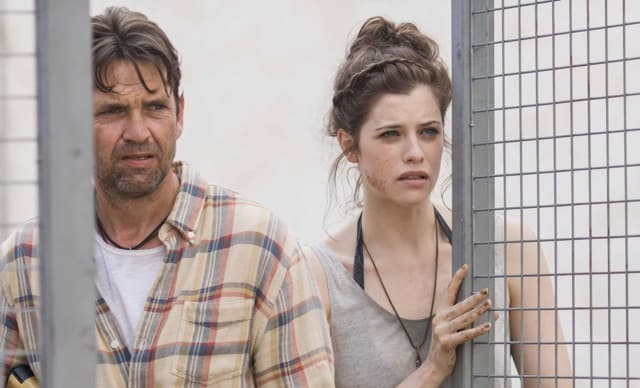 It certainly doesn’t help that all the acting is patently unremarkable. Some might recognise De Gouw from the recent Dracula TV series or her stint as the Huntress on Arrow; she’s little more than a generically pretty brunette and does not possess much screen presence. It’s also a bad sign when the mysterious badass in your cast is played by Dougray Scott, who probably still rues the day he had to drop out of X-Men and was replaced by Hugh Jackman. The two jumped-up teenage gamer characters are supremely annoying, but that was likely the intention. Goose is pretty flat in the stock icy boss lady role, which really could’ve been a lot of fun in the hands of someone like Cate Blanchett or Glenn Close.

If you’re a genre aficionado and enjoy seeking out low-to-mid-budget horror flicks that fly under the mainstream radar, The Rezort is worth a passing glance for putting a somewhat inspired spin on the zombie movie formula. It’s plenty silly, but does not get swallowed up entirely in said silliness and with a better cast and a bigger budget, might actually have been almost good.

Summary: The Rezort lacks in thrills and its ambition is hamstrung by its budget, but there are glimmers of wit in its premise, such that it rises slightly above your run-of-the-mill zombie flick.