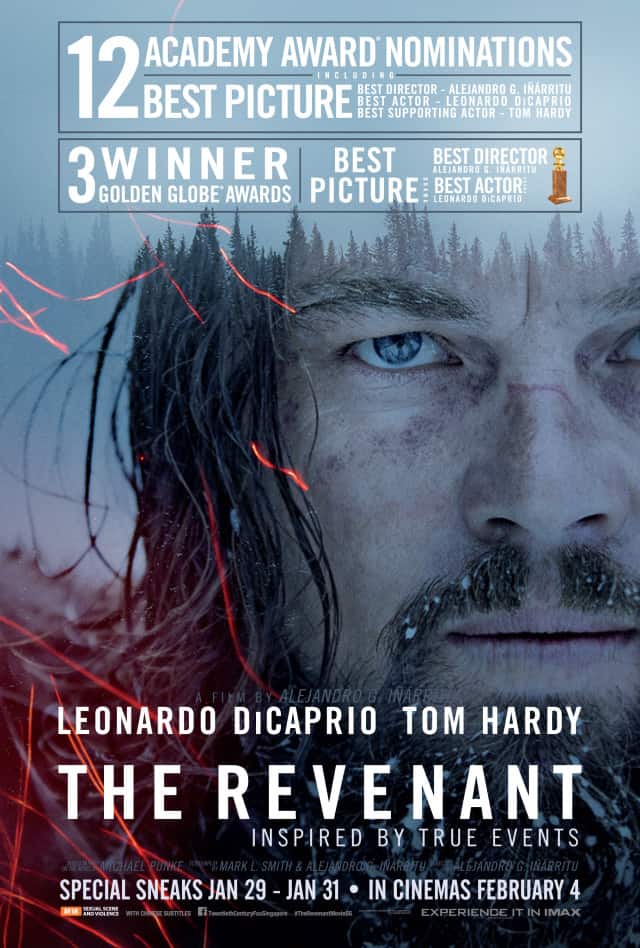 The untamed wilderness has never been wilder and more untamed than in this survival epic. It is 1823 in the uncharted Louisiana Purchase and a party of fur trappers led by Andrew Henry (Gleeson) is hunting for pelts. The group is ambushed by the Arikara Native Americans and many of their number are killed. Hugh Glass (DiCaprio), a hunter familiar with the terrain of the area, recommends a path through the forest for the survivors to take. John Fitzgerald (Hardy) is antagonistic towards Glass and his half-Pawnee Native American son Hawk (Goodluck). Angry about having to abandon the valuable pelts, Fitzgerald betrays Glass and leaves him for dead after Glass is severely mauled by a bear. Fitzgerald tricks the young trapper Jim Bridger (Poulter), who has volunteered to stay behind and tend to Glass, into going along with his plan. Glass claws his way out of a shallow grave, navigating the harsh landscape in search of shelter and vengeance against Fitzgerald.

The Revenant is based on Michael Punke’s 2002 historical novel of the same name, which in turn drew on the true story of Hugh Glass. The Revenant will go down in film history has having one of the most arduous shoots ever, with the crew deeming the production process a “living hell”. They had to contend with below-freezing temperatures, director Iñárritu’s preference for shooting the film in chronological order and cinematographer Emmanuel Lubezki’s insistence on only using natural light, be it from the sun or a campfire. In addition, the lack of snow in the Canadian locations resulted in the whole crew picking up sticks and relocating to Argentina. The shoot went over schedule and Hardy had to drop out of Suicide Squad because of it. Defending his decisions and saying he “has nothing to hide,” Iñárritu told the Hollywood Reporter “If we ended up in greenscreen with coffee and everybody having a good time, everybody will be happy, but most likely the film would be a piece of s***.” 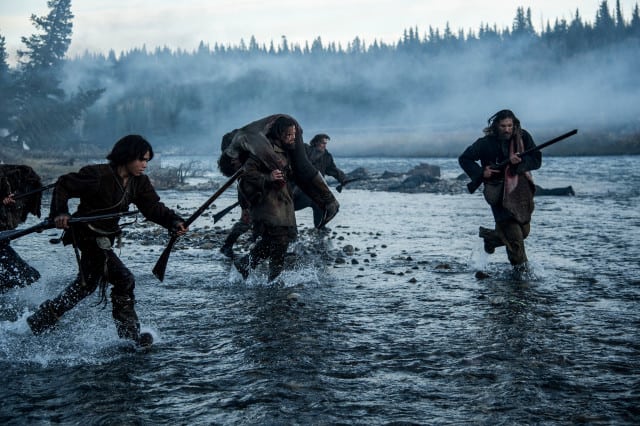 So, was all of that worth it? Short answer: yes. The Revenant is not a story with particularly inventive twists and turns, but even though most audiences would have a general idea of how the story will progress even without prior knowledge of Hugh Glass, it’s very easy to get invested in this yarn. Iñárritu reels the audience in and doesn’t let go, one can almost feel the film’s grip tighten. Wide panoramas of mountain ridges and roaring rivers are contrasted with extreme tight close-ups of bloodied and bruised characters gritting their teeth. Lubezki serves ups beauty without a hint of artificial polish, uncompromising, raw and majestic. Much has been made of the brutal scenarios depicted in the film, but Iñárritu uses the violence such that the audience doesn’t get too comfortable in their plush multiplex seats, and he never gleefully revels in the gore the way Tarantino does. The wince-inducing moments are numerous, as impactful as they are bracing. 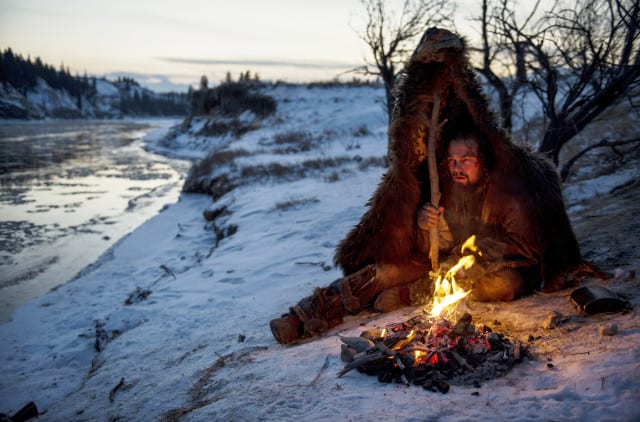 DiCaprio has yet to win an Oscar. That’s the meme that has been run deep into the ground. With all that he’s put himself through to play Glass, The Revenant might finally be his shot at that coveted golden statuette. He calls it the “hardest performance of his career”, and it’s easy to see why: the vegetarian actor had to devour a slab of raw bison liver, learn to fire a musket and build a fire and study the Native American languages of Pawnee and Arikara. We’ve seen heroes who cling to bitter determination against all odds before, but DiCaprio does hammer home the extent of Glass’ ordeal.

Hardy is just as good, even stealing the show from DiCaprio on occasion, as Fitzgerald. This reviewer is of the opinion that Hardy is at his best when playing aggressive, villainous characters and his portrayal of the avaricious Fitzgerald is thoroughly authentic. Gleeson is just the right pitch of noble and Poulter looks appropriately out of his element as the greenhorn Bridger. Goodluck and DiCaprio share just enough of a father-son bond, though the relationship isn’t as believable as it should be. Arthur RedCloud delivers a truly moving performance as a good Samaritan Pawnee man named Hikuc who aids Glass. 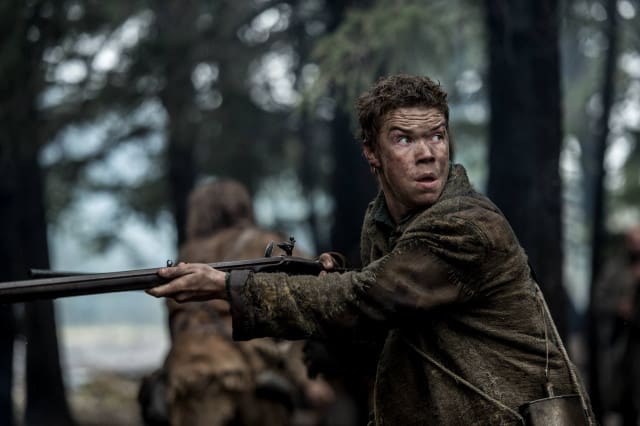 In order to compete with the ready availability of films to watch in various formats at home, movie theatres truck out gimmicks such as 3D, IMAX, Dolby Atmos sound and D-Box motion seats, promising “immersion”. While this reviewer is often a sucker for such gimmicks, few cinematic experiences come close to offering the immersion that The Revenant does. The film certainly has its shortcomings: at 156 minutes, it is too long, though not egregiously so. It is also ultimately more gruelling than rewarding to sit through and doesn’t say anything particularly poignant about the dynamic between Native Americans and the frontiersmen who came to mine North America for its natural resources. Taken as a harrowing survival odyssey, The Revenant is quite the achievement.

Summary: A primal, riveting tale of nigh-superhuman perseverance, you’ll be rooting for Leonardo DiCaprio and against Tom Hardy while taking in the splendour of the untamed wilderness and wincing at the effectively gory moments.