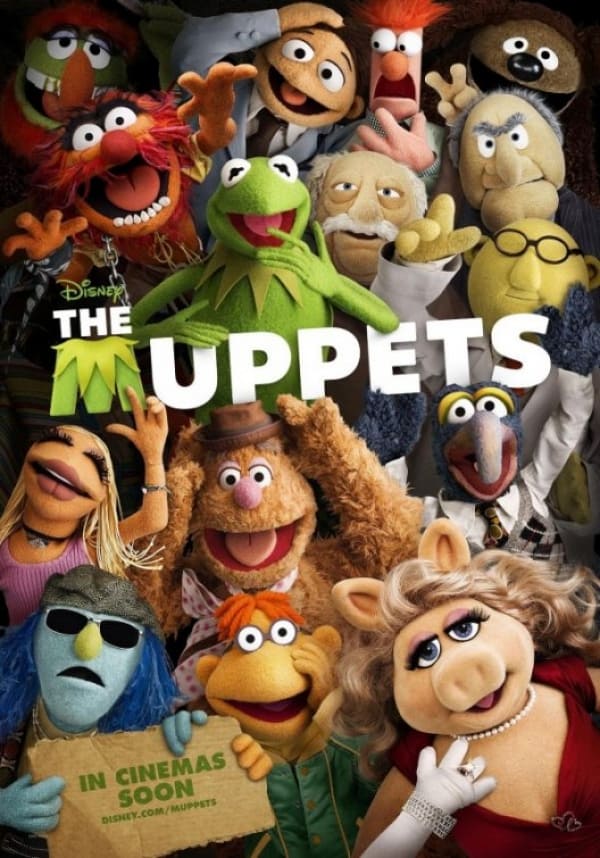 Apparently, The Muppets are aware of their less-than-stellar current levels of popularity, as the film revolves around three fans hoping to foil the plot of evil generic capitalist Tex Richman (Chris Cooper) to demolish the old Muppets studio. The only solution, apparently, is to get the original team of Muppets back on stage for what could possibly be their swan song performance.

For fans of the original Muppets, the film offers up the same blend of its corny, catchy humour, celebrity humour, pizzaz and song-and-dance routines. While retaining a large amount of its childhood naiveté, the film also offers up periodic doses of self-reflexive, wry humour: Animal, for example, is in anger management therapy and has to give up the drums. The film also does the whole nostalgic flashback thing with its soundtrack of various hits from the ’80s, which honestly did little more than to remind us of how bad the fashion was back then.

The meta-narrative plot parallels the real-world situation of the Muppets – relics of the ’80s who put on a show to see if anyone cares. And while kids these days definitely didn’t grow up with Kermit and Piggy on their iPad screens, the film is well-crafted and vibrant enough to potentially attract some of the young ‘uns.

While entertaining, The Muppets may prove to be slightly too dated for this generation of kids, and offers adults little more than a trip down memory lane, and one that could have been slightly more compact at that.

Summary: A nostalgic little number that packs some surprises. Meta-narrative for the win.