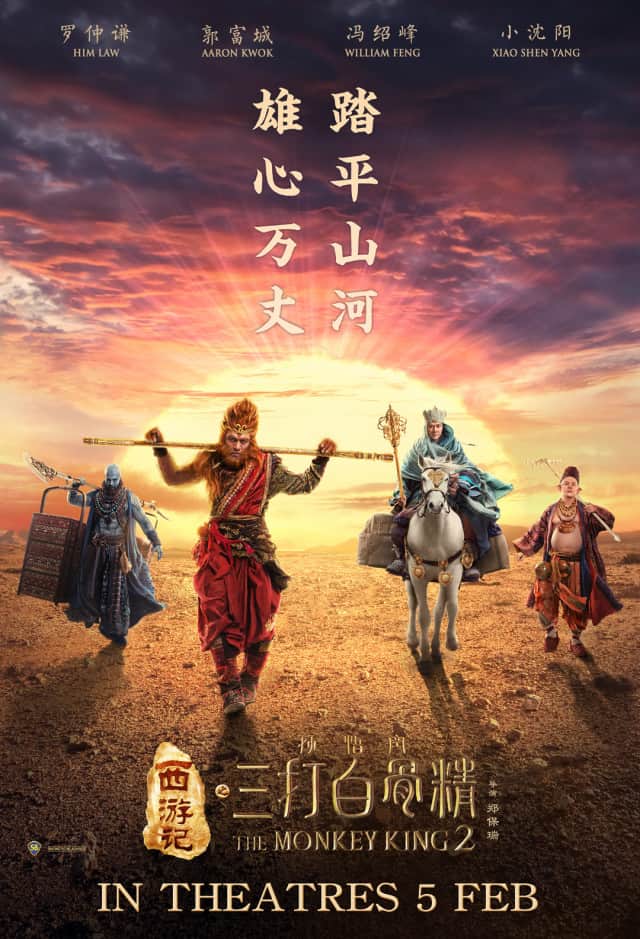 Sun Wukong broke Chinese New Year box office records two years ago in 2014’s The Monkey King, but in-universe, 500 years have elapsed since he wreaked havoc in the heavens. The deity Guan Yin (Chen) charges Wukong (Kwok) with protecting the monk Tang Sanzang (Feng) on his voyage to retrieve ancient scriptures from a faraway monastery. Wukong is initially reluctant, and finds that he is duty-bound to guard Sanzang, “shackled” by a tiara that grips his head. Along the way, Wukong and Sanzang are joined by Zhu Bajie (Xiaoshenyang), a pig-man with a weakness for beautiful women, and Sha Wujing (Law), a strong, blue-skinned warrior. Sanzang is being pursued by Baiguzing (Gong), a demon who believes that consuming Sanzang’s flesh will grant her immortality. Our band of travellers must defeat deception, supernatural threats and overcome their own in-fighting if they’re to reach their goal. 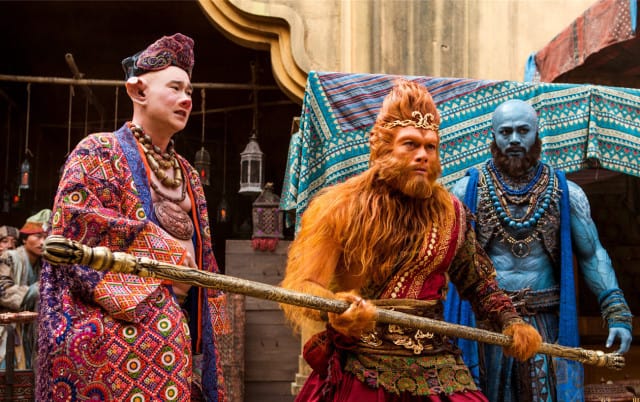 Wu Cheng’en’s 16th Century classic Journey to the West is comprised of 100 chapters. The first seven chapters were the basis for the 2014 film and the titular “journey” begins proper in this sequel. The Monkey King 2 is an improvement over its predecessor in that while it lacks coherence and trades in overblown bombast, it’s nowhere near as cringe-worthy as the 2014 movie. For one thing, the visual effects work has improved and the opening sequence in which Wukong blasts his way out of his mountain prison while fighting a white tiger kicks the film off on the right footing. Because more of the story takes place on an earthly plane than the “Havoc in the Heavens” of the first one, the environments are altogether less phony, with a portion of the film shot on location in New Zealand. Some of the computer-generated creatures and effects are passable if not great, but the horde of reanimated skeletons that Zhu Bajie and Sha Wujing must fend off looks like they stepped out of a PlayStation 2 cutscene. It pales in comparison to the similar sequence in Jason and the Argonauts, released some 53 years ago.

Kwok played the villainous Bull Demon King in the first film and takes over as Sun Wukong from Donnie Yen. It’s slightly odd, like if the new series of Sherlock suddenly starred Andrew Scott as Sherlock Holmes. Kwok does a fine job and even though he doesn’t have the same martial arts background as Yen, Wukong engages in a whole bunch more fighting in this one. Sammo Hung serves as the action director and for the most part, the wire-fu is neatly executed. Kwok’s take on the character is more bearable, mostly because Wukong does less wanton harassment at this point in the story. 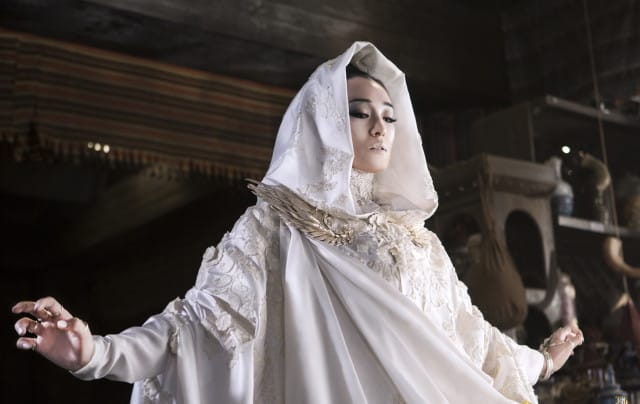 Gong has played many a femme fatale in her time and calls on those wiles as Baigujing. It’s not an inspired performance by any stretch of the imagination, but it works. This version gives Baigujing three sexy minions, a bat lady, a snake lady and a hyena lady. They all hang out in a lair which has the same interior designer as Superman’s Fortress of Solitude. Similarly, the characterisations of Tang Sanzang, Zhu Bajie and Sha Wujing are pretty much how they’ve been portrayed in decades of film and TV shows. Sanzang is idealistic, well-meaning and naïve to the point of stupidity, Zhu Bajie is the comic relief and Sha Wujing is the dumb muscle. Sha Wujing is typically portrayed as just a burly dude, but is given more of an other-worldly appearance, with blue skin and bulging muscles. 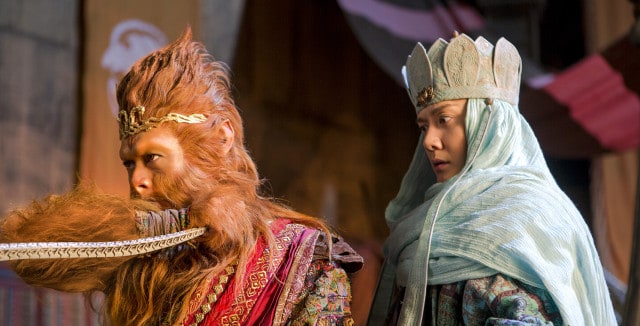 The Monkey King 2 has its entertaining moments and it doesn’t stray too far from the source material, but there’s a noticeable lull in the middle and several action sequences go on for too long without sufficiently advancing the plot. The visual effects are surprisingly competent in spots, but a significant lack of polish on the whole is still evident. An emotional sequence at the film’s conclusion is melodramatic and there’s the sense that this would-be tearful moment is not earned. It’s better than the 2014 movie, but then again, most things are.

Summary: The Monkey King 2 is an improvement on its predecessor and packs in a healthy amount of action, but the quality of the visual effects work is a very mixed bag and it’s still quite the mess overall.