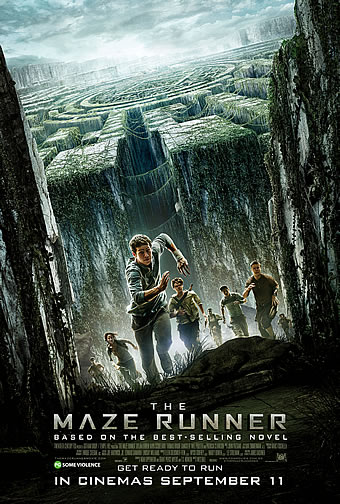 It’s rare for a big movie studio to trust the future of a potential blockbuster franchise to a brand-new director. You’d imagine that there would be just too much at stake when it came to translating James Dashner’s series of best-selling dystopian novels to the silver screen. But it’s easy to see why Wes Ball got the job – with this one film, he graduates from short films to blockbuster movies with flair to spare. Indeed, The Maze Runner is such a cool, confident and thrilling blend of action beats and character work that it’s hard to believe Ball has never before commandeered a full-length feature film. It’s true that the narrative gets a little away from him by the end, making less sense as more secrets are revealed. But this is more a problem with the source material than Ball’s own skills as a director. 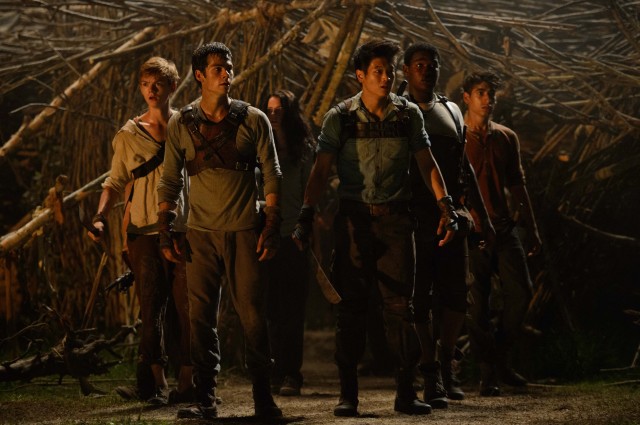 Thomas (O’Brien) finds himself thrust rudely into the world of the Glade: a community of boys who have figured out how to live while encircled by a giant, constantly changing maze, within which dwell giant, boy-eating monsters known only as Grievers. Many of the boys, including benevolent pioneer Alby (Ameen) and champion of the old ways Gally (Poulter), are content with just surviving day to day. Thomas winds up unsettling the entire camp with his refusal to follow the rules and determination to ask questions: he wants to explore the Maze with designated runners like Minho (Ki Hong Lee), and figure out a way to get free. Life in the camp gets more complicated when, weeks before the next boy is due to be sent up to the Glade, a girl in the form of Theresa (Scodelario) arrives instead. 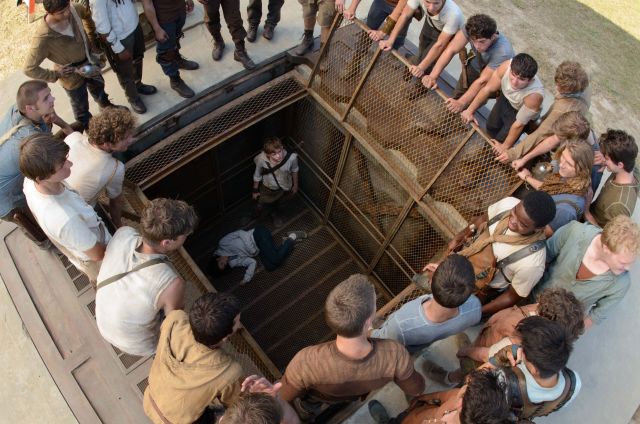 There’s a lot of blockbuster potential to be squeezed out of this premise, and Ball does so quite wonderfully. The Maze encircling the Glade is a stonily grey, massive enclosure, and the Grievers – when the boys encounter them in increasingly close quarters – are odd marvels made as much of machine as flesh. Ball cuts scenes of great, heart-stopping tension together masterfully: whether it’s Thomas running through walls that are fast closing in on him, or Thomas and Minho trying to outrun a Griever while burdened with an unconscious Alby. 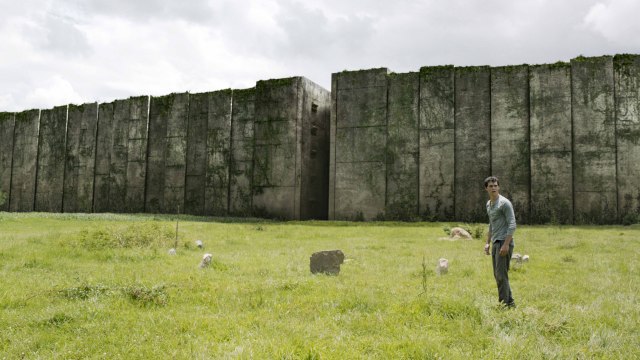 The film even finds some welcome dramatic depth in this strange little community of lost boys in the Glade – Thomas’ growing antagonism with Gally is balanced against the mutual respect he and Newt (Brodie-Sangster) develop for each other, and the brotherly connection that he forges with the adorable Chuck (Blake Cooper). The politics of the situation is fascinating as well: as much as The Maze Runner is about, well, running for your life in a giant maze, it also raises big questions about identity and integrity. Is safety and security worth giving up your right to information and choice? 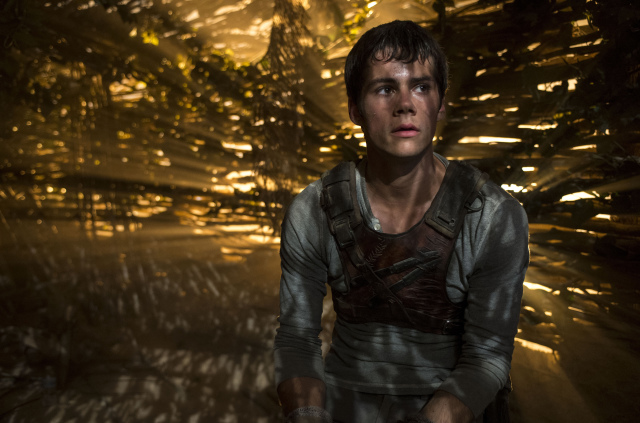 What works less well is the secret around which the Glade is constructed. As viewers, we aren’t given a whole lot of answers about why the Glade and the Maze exists, nor do we get many explanations as to why Thomas is so different and insatiably curious. But the ones we do get – all centred around the mysterious, severe figure of Ava Paige (Clarkson) in some kind of control centre – oddly render the film and its characters less, rather than more, interesting. It’s a strangely deflating experience to have the film’s rich ethical dilemmas and intense action sequences give way to an underlying dystopian narrative that isn’t really all that compelling. 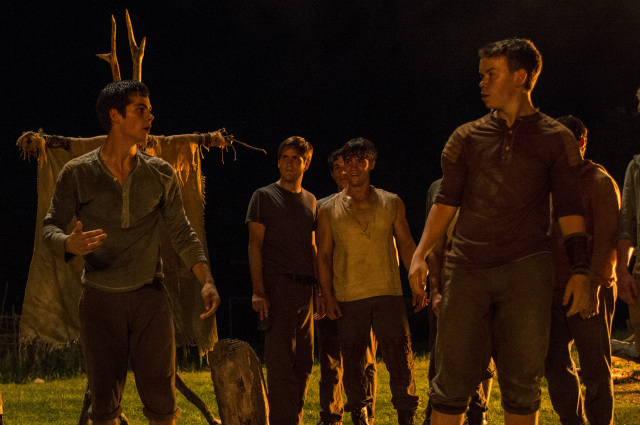 Nevertheless, The Maze Runner remains quite an accomplishment. It’s an assured, impressive debut for Ball, one with enough electric tension and moody drama to intrigue throughout its running time. His young cast is fully capable of carrying their own weight, with Poulter – morphing from comic sidekick in We’re The Millers into hateful adversary here – the standout. Its story collapses a little into itself as it hurtles towards its climax, but Ball’s work is quite enough to leave viewers excited by the prospect of the inevitable sequel.

Summary: A tense, entertaining film with enough thrills and drama to cover up its narrative inadequacies.